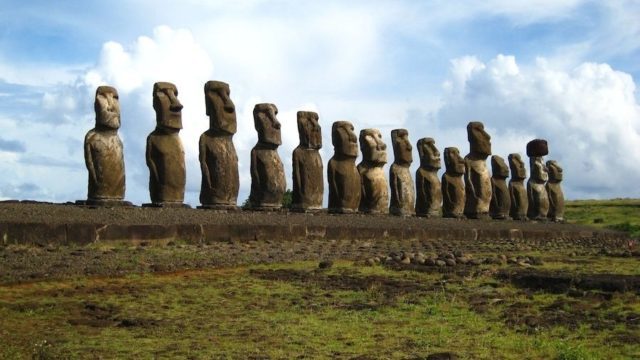 The 5 Wildest Lost Islands in the World

Italy is undoubtedly a wonderful country, full of natural and artistic beauties other nations envy. Among the most enchanting places in this country, there are villas and historic residences, often private but open to visitors.

Wonder which are they?

Let’s go on a tour of the 10 most beautiful Italian historic houses!

The medieval castle has been owned by the Ricasoli family since 1141. Over the centuries, it has suffered various attacks, including the clashes between Florence and Siena, the Aragonese and Spanish invasions, and the bombings of the Second World War. That’s why, today, it shows different styles ranging from medieval to Romanesque architecture with neo-Gothic and nineteenth-century insertions. The property has gardens of extraordinary beauty and is surrounded by several hectares of Chianti vineyards, oak and chestnut woods, and typical Tuscan hills.

Built around the year 1124, it has undergone several changes over the centuries, first under the ownership of the Bardi, then under the ownership of the Soderini until it reached its present shape during the 17th century. Soderini haven’t changed the appearance of the castle but have continued careful conservation and maintenance of the structure.

Built around the year 1000, it took its current appearance in the 19th century when Claudio Dal Pozzo D’Annone ordered the restructuring of the structure to Richard Popwell Pullan. Today, the Victorian neo-Gothic style structure has become a Luxury Boutique Hotel.

The villa was commissioned by the Piovene family in 1656 and built in 10 years with an austere and aristocratic style, certainly of Palladian inspiration. In 1700, the portico that runs through the villa on three sides and the Italian garden, home to precious sculptures, were added. In the main hall of the villa, three paintings by Tiepolo are visible.

Located in Monferrato, it appears to be before the year 1000. Equipped with a strategic position, the castle was of enormous economic importance and, despite itself, the scene of wars and looting. The restorations began in 1908 and have been carried out over the years, with the hope of keeping intact a historic residence of enormous prestige.

In the 1930s, in the heart of the castle park, the architect Lamberto Cusani installed a labyrinth, emphasizing the contrast between the rigid and geometric lines of the castle layout and the naturalness of the garden.

Malpaga Castle is an emblem of 1300 architecture. The structure has a crenelated wall and a tower that dominates the plain of the river Serio. Not being built on a hill, the castle was protected from external invasions by a moat, which gives it a fairytale atmosphere. With the invention of gunpowder, changes were made to the castle, building a second moat and raising the walls, to make it more defensible. Even today, the structure is perfectly integrated with the nature surrounding it.

Casa Lajolo is a classic country house of a Piedmontese gentleman. The villa, the appearance of which shows it dates back to the 18th century, has an Italian garden on three levels. The first is in front of the house, the second hides an English garden, and the third houses an orchard. The class of 1700 still lives today for the rooms of this historic residence of high artistic value.

Today a bed and breakfast, the Orsini palace in Lecce has undergone many transformations over the years that have given it a late nineteenth-century style facade, a large low vaulted hall which houses the staircase to the upper floor built in 1700. The structure has also a courtyard linked to a raised garden which houses a centuries-old araucaria and a Renaissance well. The neoclassical fountain enclosed between two ovoid staircases is very beautiful.

Located in Corso Magenta, Palazzo Litta is one of the main symbols of Milanese Baroque architecture. Commissioned by Bartolomeo III Arese in the early 1600s, the building was enlarged a century later when it became the property of the Litta family. It had several owners and had been damaged during the wars before it was restored. There is not much about its history but its architecture is of extreme value and a symbol of Italian Fine Arts.

Built in the 16th century and enlarged in the 17th, the hermitage of Santa Maria delle Grazie hosted famous people, such as Michelangelo Buonarroti, who defined it as a place of peace. Passed to a private residence at the dawn of the unification of Italy, it was opened to the public in 1991, to preserve it and make it known to as many people as possible. It offers an enchanting view of the Spoleto mountains and is a luxury hotel.