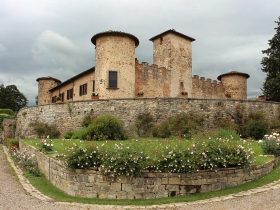 The 10 Most Beautiful Italian Historic Houses

This is not a usual ranking because it’s not created based on the answers of Italians but travel bloggers. Why? Because there’s a difference in the answers. It’s like asking “pizza eaters” and “pizza makers”; with all due respect to the eaters, only the experts can tell you which one is the best because they create it.

We interviewed 300 travel bloggers and influencers from the Travel365 community across the country. We know that they are citizens of the world, but we had to ask for the expert opinion of those currently living in Italy.

We asked each one to choose 3 cities among 60 candidates and to rate each of them with 1 to 4 (mediocre, sufficient, good, excellent) points for the following criteria:

The final ranking is determined by the sum of the votes, hence, the city that gets the most points wins.

The “quality indicators” or parameters (history, art, culture, liveability, …) are included to make the evaluation more complete, but they don’t affect the ranking position.

Due to many ex-aequo, the final “Top 10” actually includes 17 cities. Here is the 1st ranking of the most beautiful cities in Italy according to travel bloggers! 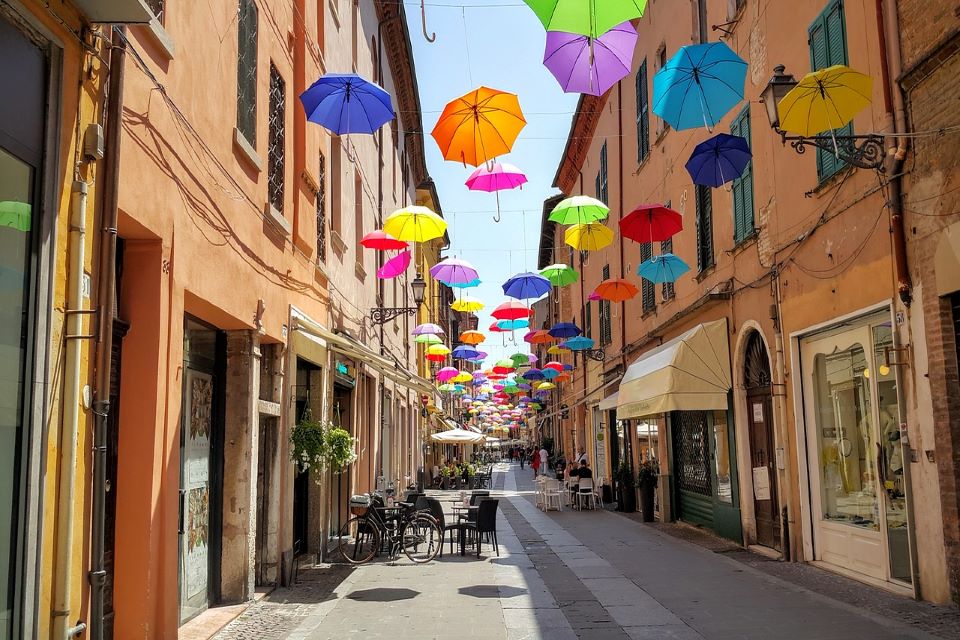 At the bottom of the “Top 10” list, we find Ferrara, which occupies the tenth position. The historical aspect and the services are very high, it lacks a bit of entertainment choices. Nonetheless, Ferrara is an elegant and human-sized city, where life goes by slowly astride a bicycle. The unbridled nightlife… this town leaves it to the big cities. 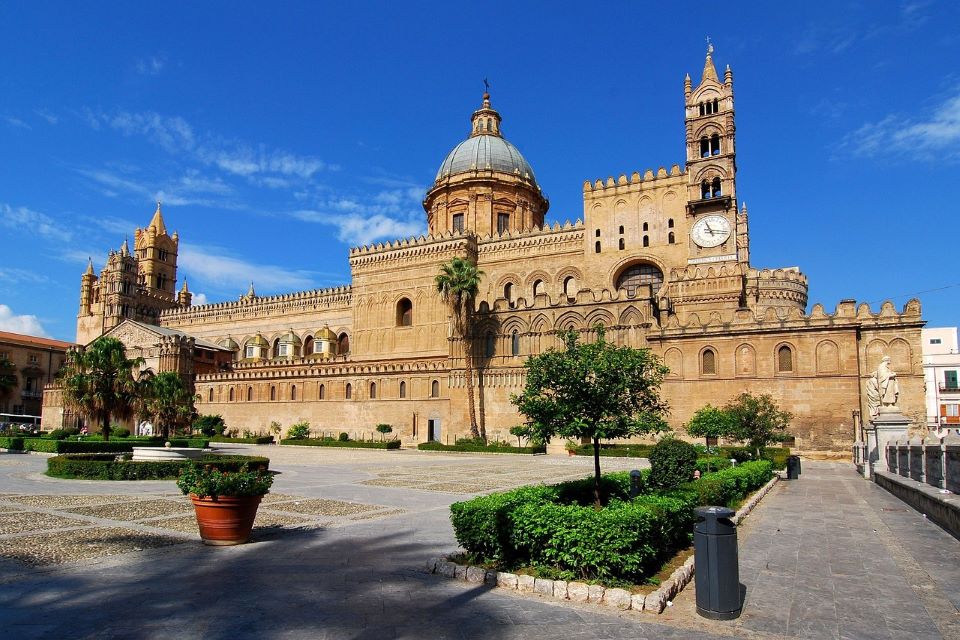 Sharing the same position with Ferrara, we find the capital of Sicily, Palermo, with its long and complex history as are its monuments and streets.

Elegant and contradictory, Capital of Culture 2018, Palermo is a noisy and colorful city with a unique character. That’s why it scored full marks for history and gastronomy. However, it lacks a lot in the aspect of services.

Pearl of the Renaissance, thanks to the Gonzagas, Mantua was one of the most important cultural cities in that period and still has many buildings from that period. Travel bloggers recognize this by highly rating the history and liveability. Mantua is surrounded by greenery, in a suggestive and enjoyable natural territory. 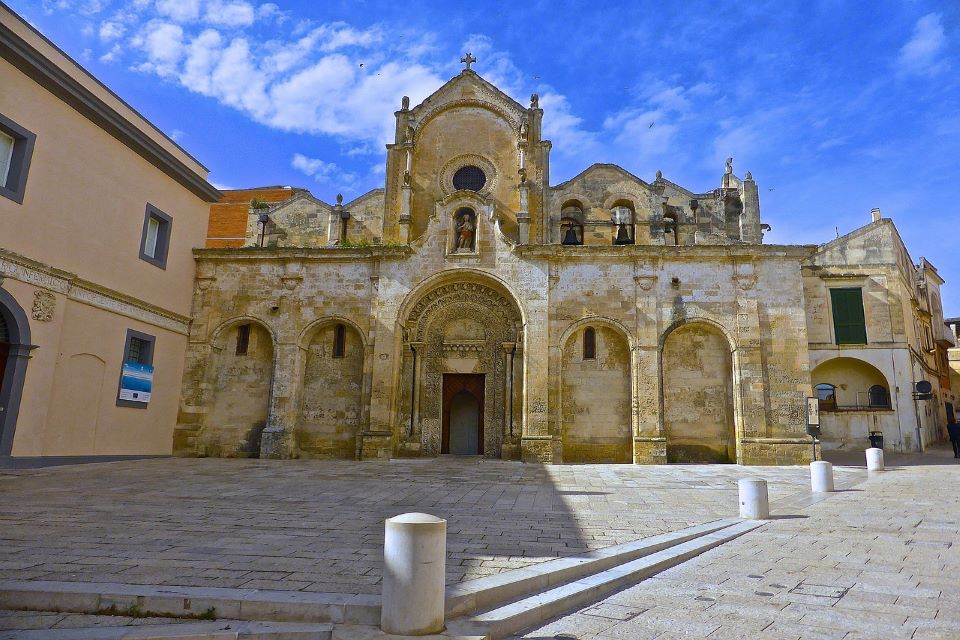 It seems that nothing is missing from the baroque jewel of Puglia. It must be for the large and beautiful historic center, its alleys and winding streets, and the beaches of Salento … and the gastronomy it’s the best scoring the max points, giving 4 out of 4, excellent! 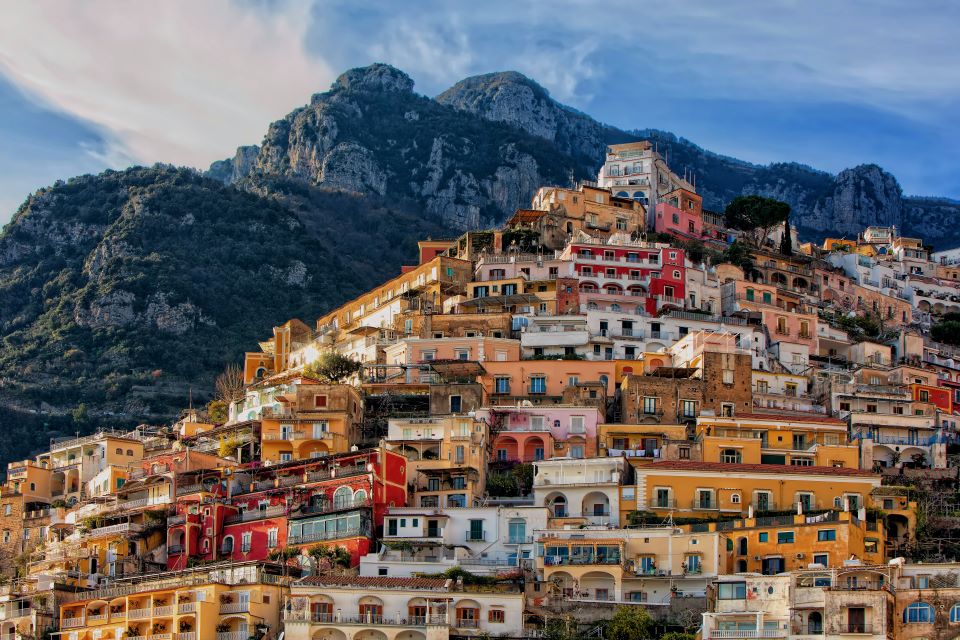 We come to the Amalfi Coast, at the daughter city of Poseidon. Positano offers impressive coastal views, enchanting beaches, caves such as the Grotta della Porta, and, of course, the Path of the Gods to travel. Chosen by 17 travel bloggers, it got almost the full score in gastronomy and history, arts, and culture, but also stands well in the other two criteria. 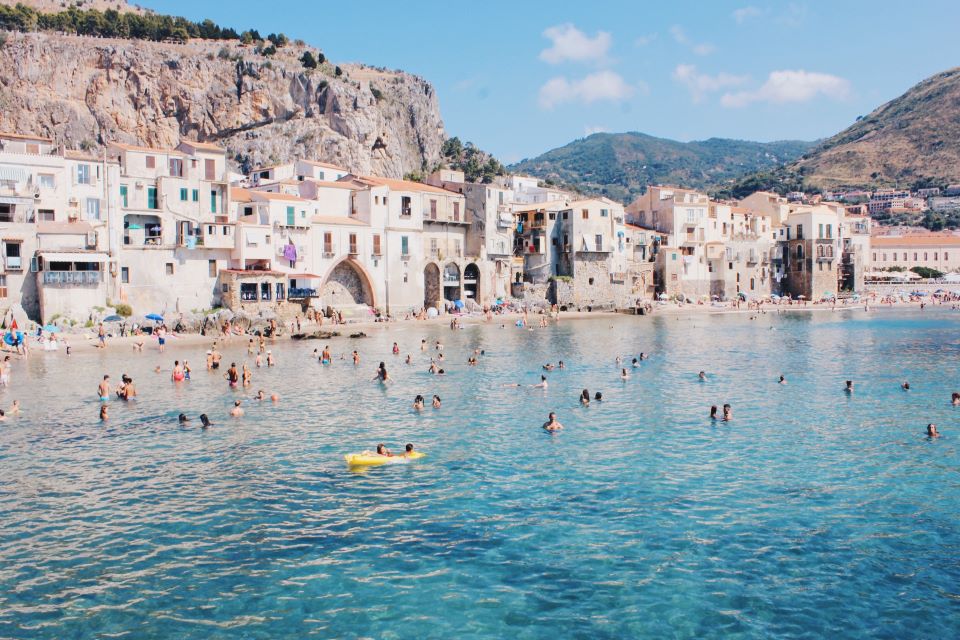 Taormina deserves praise for its archeological richness. The Ancient Teater, the Numachie, the Odeon, the Castle of Monte Tauro, the Cathedral, and Palazzo Corvaja, these precious gems have definitely earned the judges’ favor.

It’s even higher in the ranking than the chaotic Palermo probably because of its more intimate, more liveable, and more collected character. We all agree that Taormina is one of the most beautiful places in Sicily. 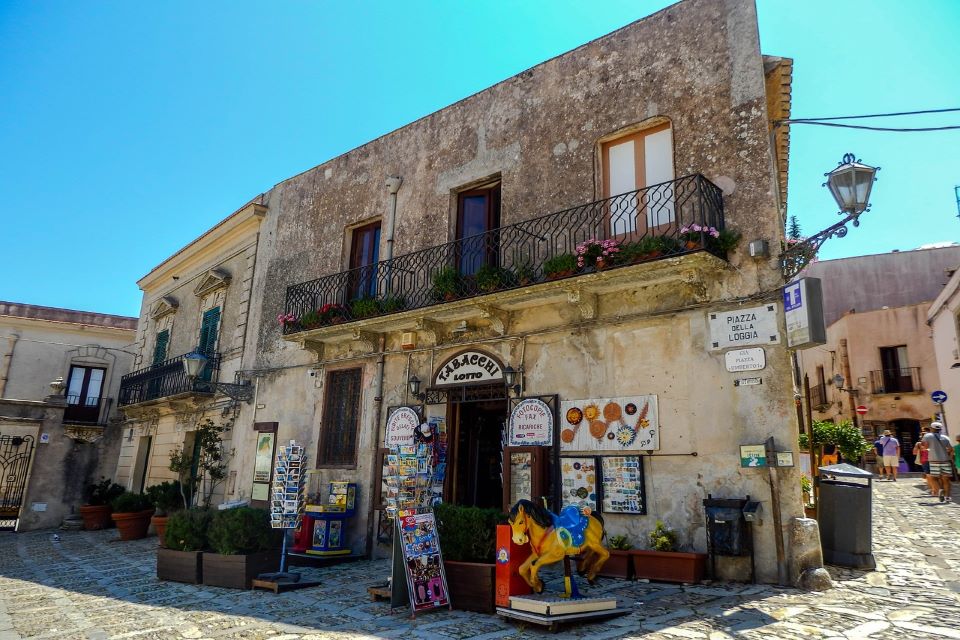 Erice is probably one of the most famous places in Sicily. The citadel, which stands on the top of Mount San Giuliano (originally called Mount Erice), has officially been one of the most beautiful villages in Italy since 2014. And, don’t worry about citizens’ distribution: there are only 512.

Although a small village, Erice can pride itself on being ranked higher above the famous cities of Palermo and Ferrara and sharing the 7th position with the much more noble Turin.

Its main feature has certainly fascinated the judges: its medieval structure is visibly intact, made up of winding streets, arches, and courtyards dating back to Frederick II of Aragon. 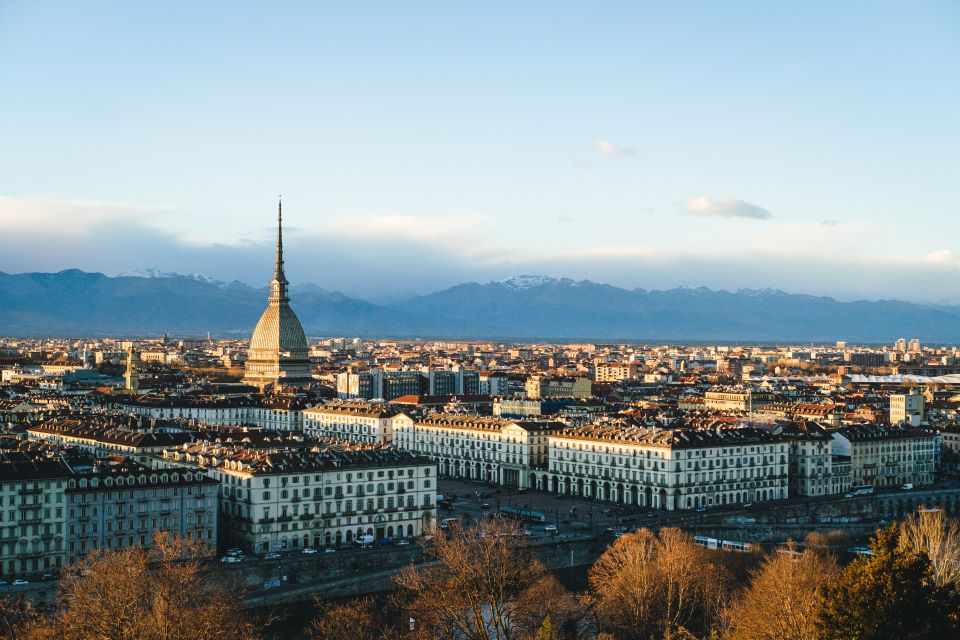 It’s a city with a “dark” soul: active during the day and mysterious at night. A duality that has intrigued not only tourists but also travel bloggers.

Homeland of local football, auteur cinema, and the mystical Holy Shroud, Turin records an extraordinary balance in judgments: excellent for “History, art, culture” and “Leisure and entertainment” and well beyond sufficiency in livability and gastronomy. 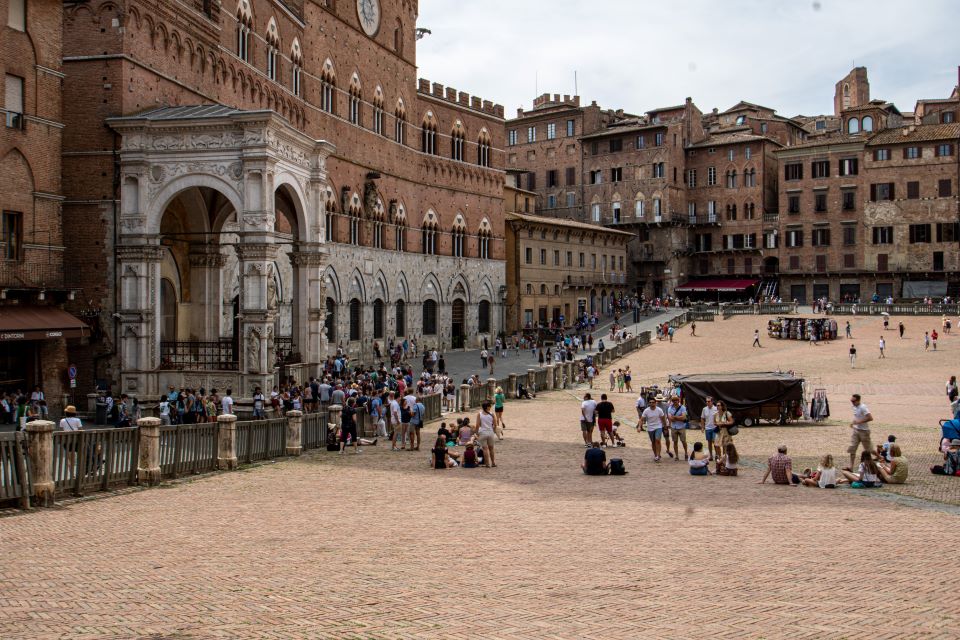 The city of Palio can’t be missing from this ranking. Siena is wonderful exactly because it’s a true city, not only for the artistic treasures it preserves. In fact, none of the 28 votes received scored less than 4 for “History, art, and culture”.

The Tuscan culinary tradition is appreciated all over the world and Siena is definitely one of the best places to really enjoy it. The travel bloggers have most probably tasted thee “Pici”, the “Pappardelle with Cinta sauce” or the “Ribolita” since it gave an excellent rating to the gastronomy criteria. 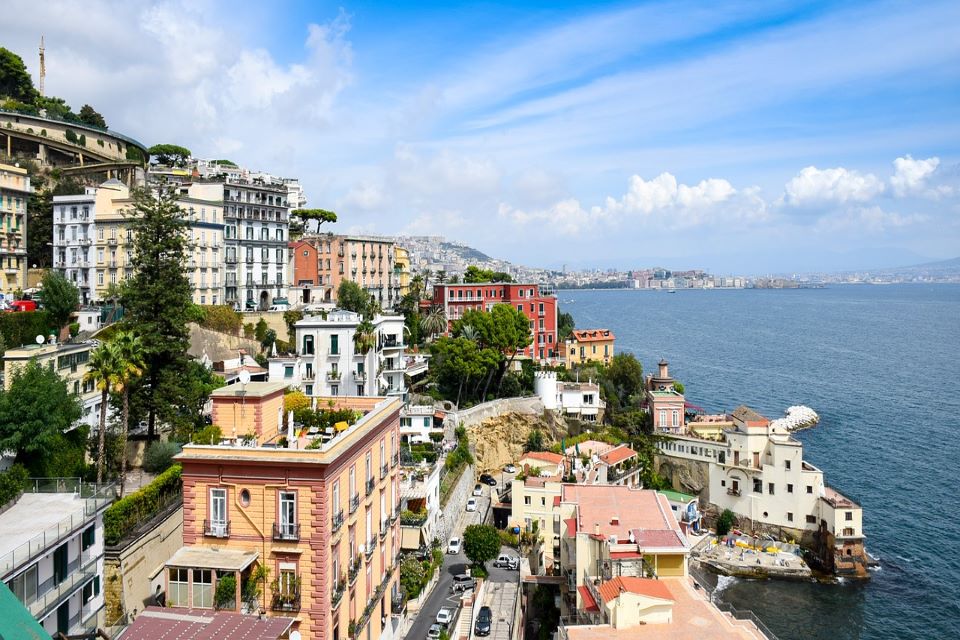 Naples is the largest and most visited of the cities of Southern Italy. It is said “See Naples and then die” because you cannot leave this country without having been to Naples at least once.

The Campania capital has a secret charm, waiting to be discovered, which is very much reflected in the cheerful and colorful character of its citizens. The Gulf, Vesuvius, the splendid ruins of Herculaneum and Pompeii, the music, but most of all the pizza, make it absolutely unique.

If we really want to find a sore point, that would be livability,  even the travel bloggers think the same since it gave it the lowest points. Actually, Naples has the lowest score among all the cities present in this ranking. 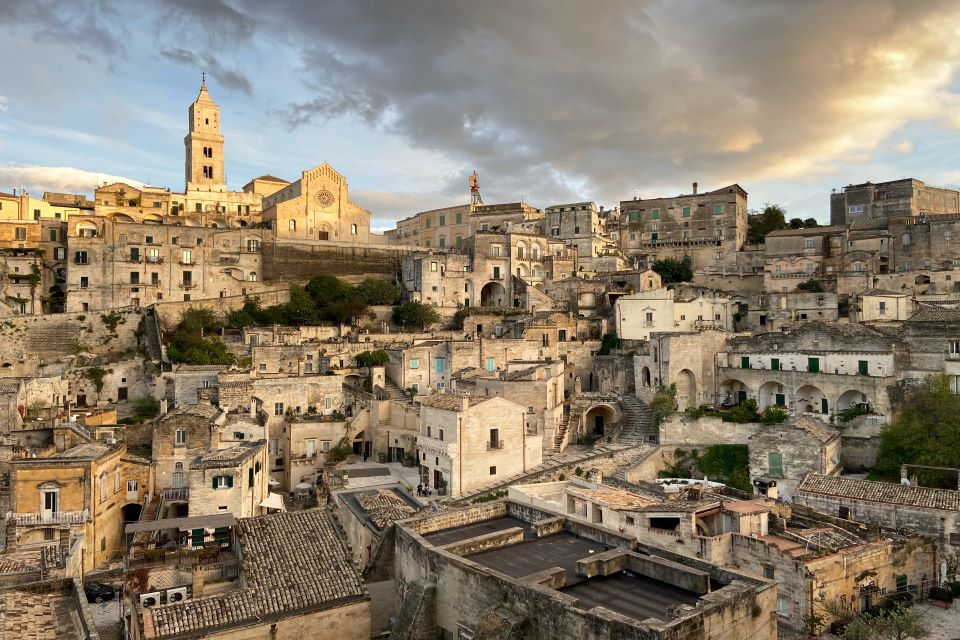 An ancient and extraordinary city mixed with history, culture, and nature. Its Sassi, a UNESCO World Heritage Site, a suggestive intertwining of winding alleys and caves, are famous and are the symbol of the city.

Its presence may not surprise you that much as its position in the top 5. The uniqueness of a place and a territory that honors the whole region of Basilicata, one of the most underrated of the country. 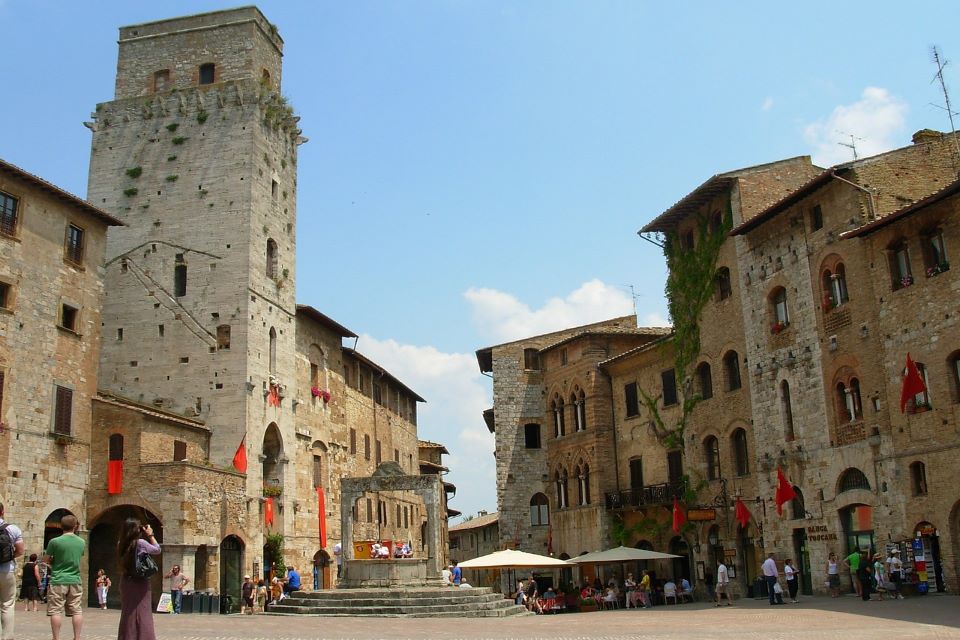 We go back to Tuscany, in the heart of Val d’Elsa, to visit the village of San Gimignano.

It is a dive back to around the 13th – 14th century in the middle of the Middle Ages because nothing has changed in this city since then. And, this is the reason it deserved the title of World Heritage Site by UNESCO as well as the votes of the Italian travel bloggers.

San Gimignano is located between Chianti, Valdesa, Florence, and Siena and that is why it has been rewarded its points. This is also the reason all the votes, except the leisure and entertainment, are of full excellence. However, it has to be mentioned that, due to its location, everyone who wants to party goes to Florence on Saturday night! 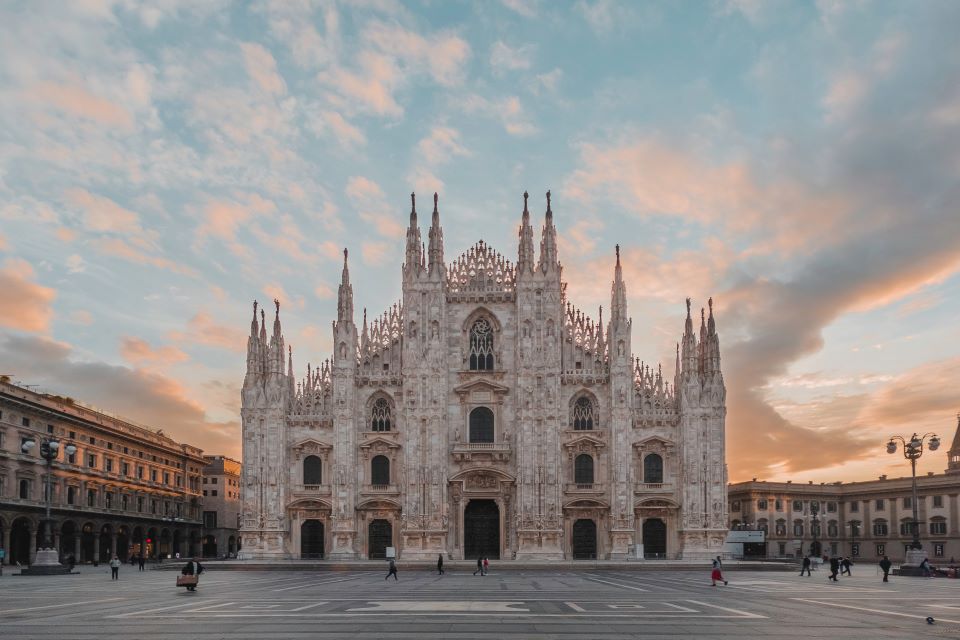 Big numbers are starting to hit the Italian business capital. The most important city in Italy, economically speaking, is a huge metropolis, dynamic, and full of opportunities. A city that never goes to sleep and where things to do are almost endless.

Unlike the villages encountered so far, now the leisure and entertainment get full score. A bit of surprise is that even the judgment on gastronomy gets almost a full score because, in such a large city, you can find practically everything. And, according to travel bloggers, it seems that the equation “big city = poor livability” doesn’t apply to Milan: even in this entry, the Lombard capital defends itself in a big way! 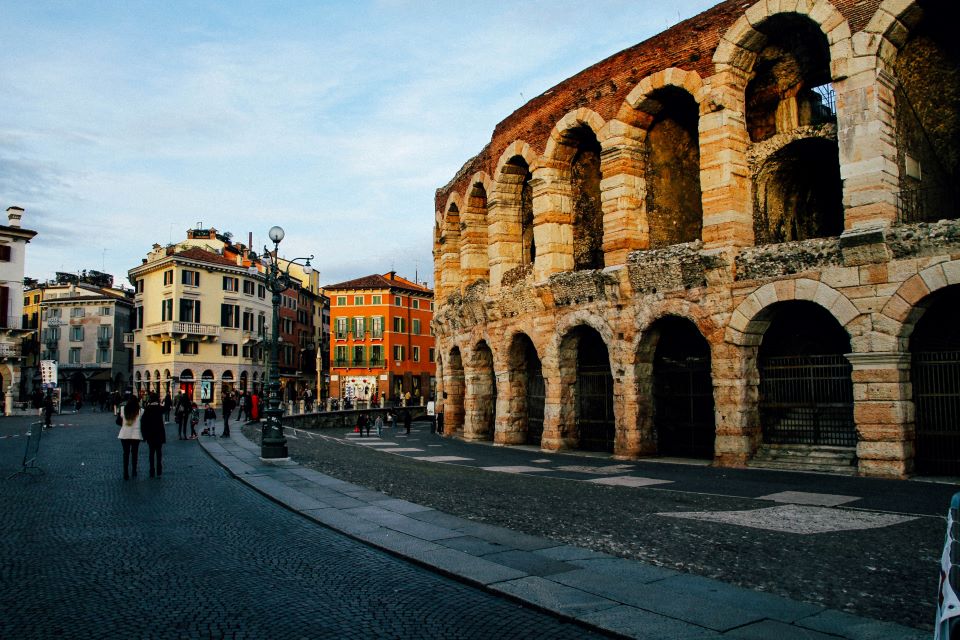 The city with the most famous balcony in the world has probably become tired of being known for the story of Romeo and Juliet, and in ex-aequo with Milan, it has positioned itself right below the podium. In fact, Verona is one of the most beautiful cities in Italy. UNESCO declared it a World Heritage Site for its urban structure and architecture.

It is the one with the highest and most balanced marks in all 4 judging items among the cities in the ranking: 4 full ( excellent ) for history, art, culture, and slightly less for the other items. You live well, eat well, and have great fun. Anything else? 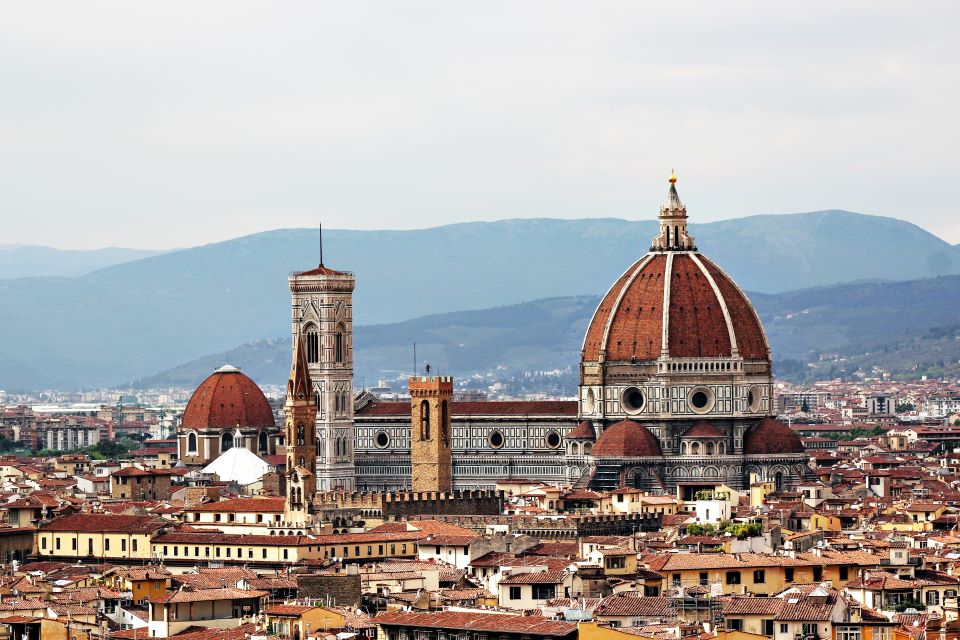 At the lowest step of the podium, we find the  Tuscan city, the symbol of “Made in Italy” in the world.

Florence is the cradle of the Renaissance, a place where monuments and artworks are concentrated. The most visited Italian museum, The Uffizi Gallery is located here.

Florence is one of the key cities of Italian cultural tourism, home to the greatest Italian artists and poets, from Dante Alighieri to Petrarca, from Michelangelo to Leonardo da Vinci. In fact, the data speak for themselves: the 3 cities on the podium have practically cannibalized the votes by making the void behind them. Of them, this one gets the highest marks, (almost) full marks for the items on art and culture and gastronomy. 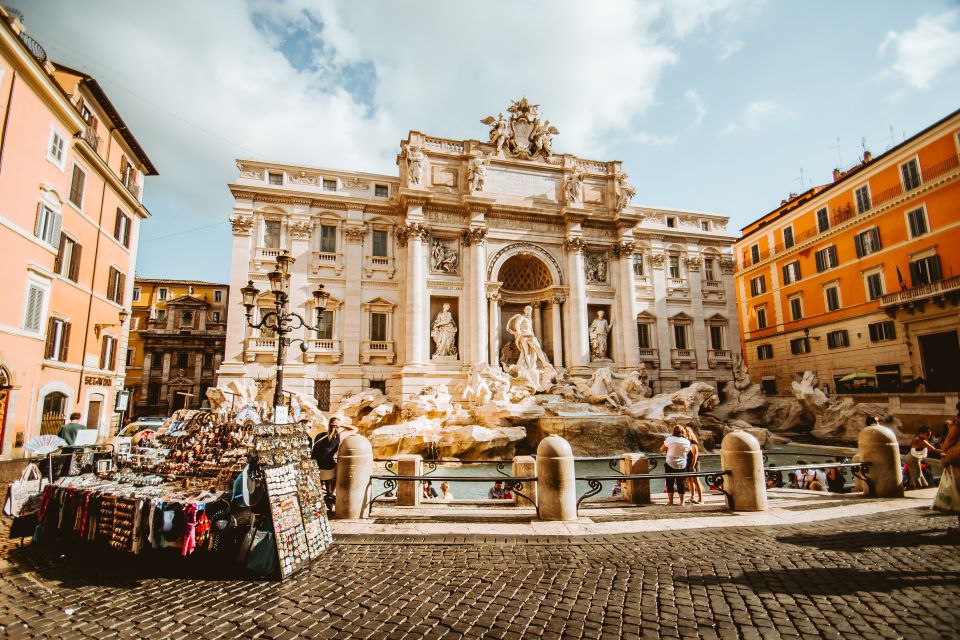 The second of the magnificent three is the most visited city in Italy. Rom,  “Caput Mundi” is an open-air museum, one of the most historically important cities around the world.

The opinions regarding history, art, culture are unanimous: of course, full excellence. And, it couldn’t be otherwise. However, it pays the price regarding livability and services, a real sore point of the city; otherwise, it would have no equal in the world. Actually, only Naples has worse ratings in this aspect. On the other hand, a ranking without Rome would be unthinkable: obviously, the judges also thought so. 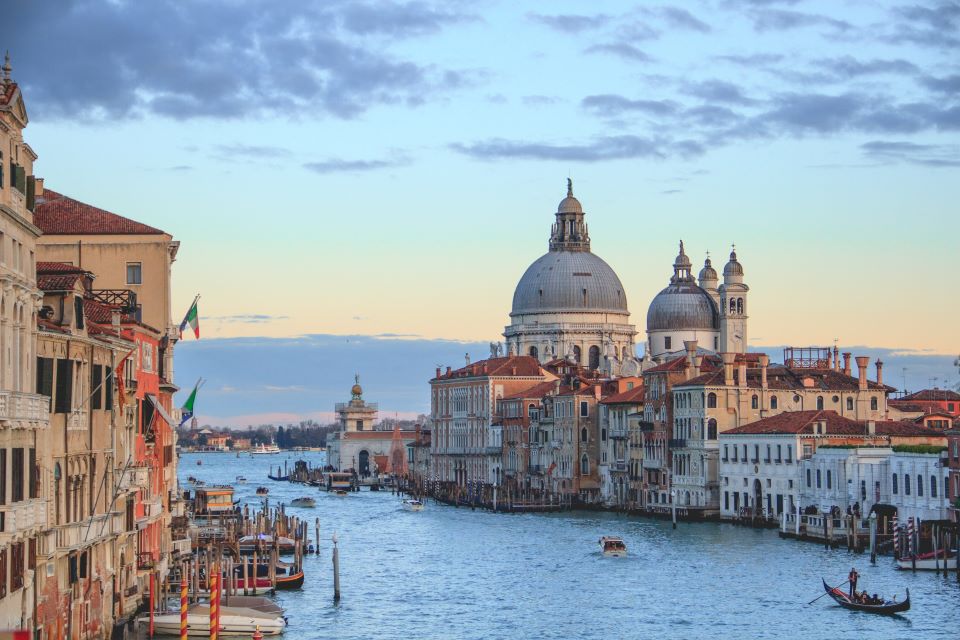 The rankings change, but the result doesn’t. There’s no need to worry because, at the end of the race, she will always arrive in the head: the Serenissima!

One of the most romantic cities in the world, the third most visited city in Italy, 6th among the most beautiful cities in the world, and a UNESCO World Heritage Site since 1987. With such a presentation, it could only be in first place among the most beautiful cities in Italy, even according to travel bloggers. Its strong point is its unique and characteristic charm: its canals with traditional gondolas, the noble palaces, the lagoon…

Visiting it will certainly meet your expectations. And, it doesn’t matter if the votes are not the max all the items, the fact remains that Venice is the first choice not only for tourists but also for those who have made a profession of traveling and its story.

Off the Charts: Other Cities Voted by the Travel Bloggers

Although not every Italian city can enter the Top 10 list, here are the other cities among the 60 candidates which have received at least a preference from the 300 travel bloggers who participated: