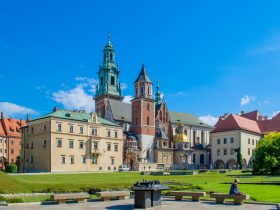 The Bitetour pros have been scouring remote shores, energetic cities, and little-known regions of Europe in search of the most beautiful places to visit this year.

From bear forests to cities surrounded by vineyards, the following ten destinations are currently the most exciting corners of the continent, a mix of must-see places being reinvented and lesser-known wonders, all set to take center stage in 2019.

All you have to do is choose which one will be your first destination. 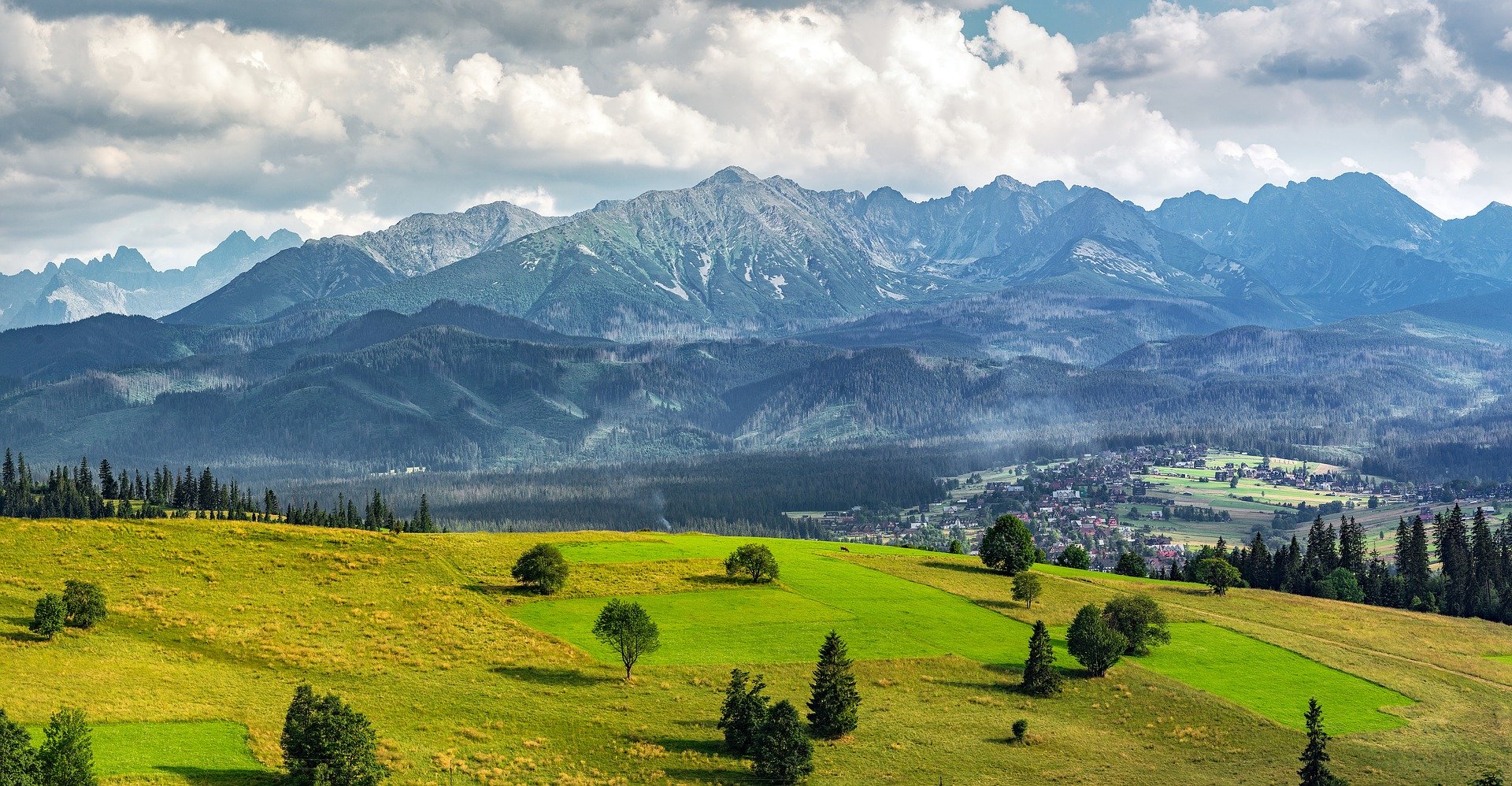 There is something mythical about the landscape of the High Tatras in Slovakia. It is a vast realm of jagged peaks and waterfalls where snow covers the ground and fearsome animals roam the forests. Lost almost everywhere else in Europe, brown bears thrive in this wild, rugged region, and it has never been easier to spot them. More and more travel agencies are taking adventurers on foot to observe them in the woods where the lynx, wolf, and the endemic Tatra chamois also live.

In addition to wildlife viewing, there is plenty to keep visitors busy. Between a hike to the top of Slovakia’s highest mountain, the Gerlach (or Gerlachovský Štít, 2,655 m), a boat trip on the glacial lake of Štrbské Pleso, and the traditional hospitality of the high-altitude chatty (refuges), you may not feel like coming back down to earth. 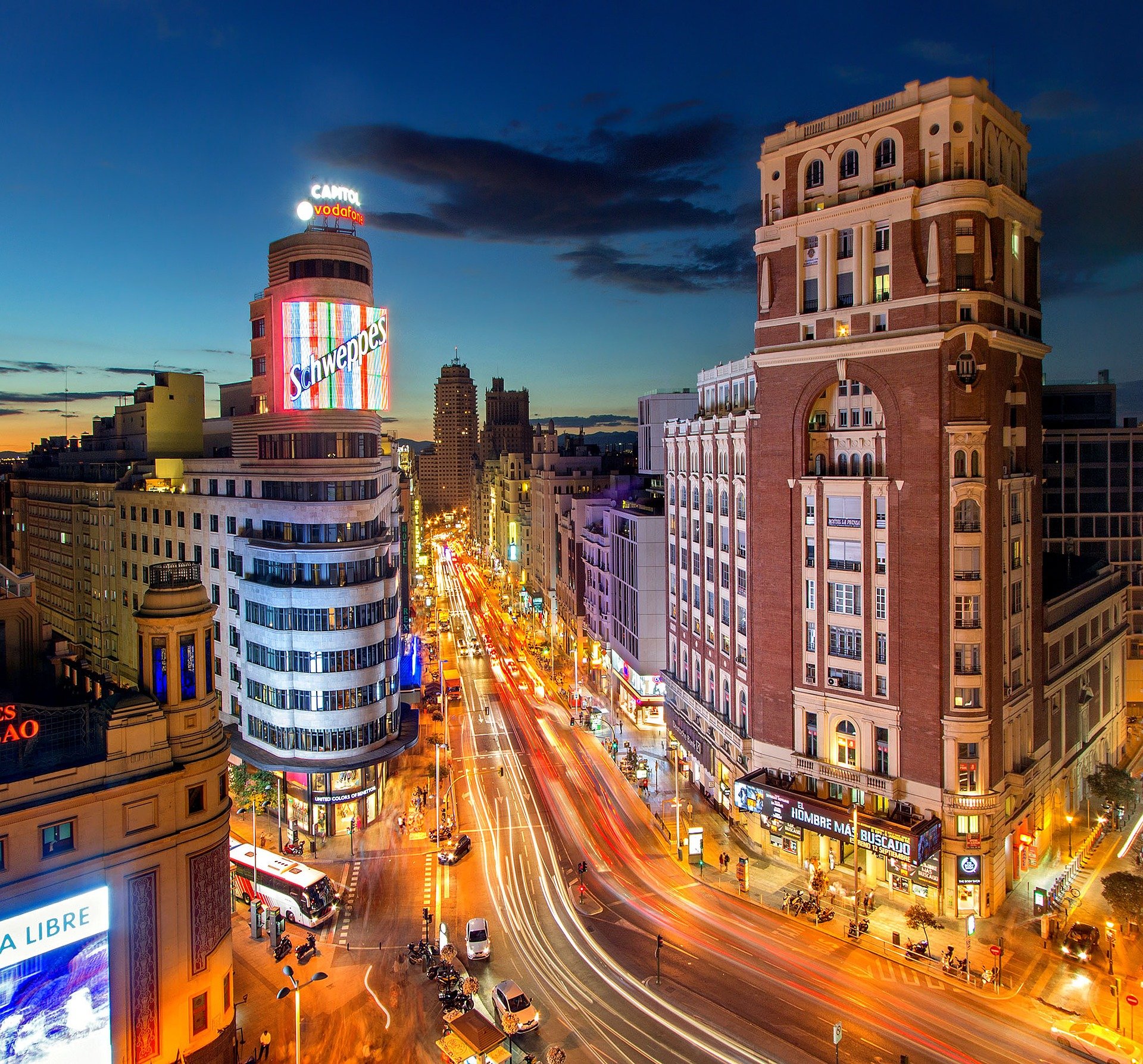 Madrid stumbled during the economic crisis that hit the whole country, but it managed to turn this stumble into a cha-cha-cha figure and picked up the pace with renewed energy. The city’s nightlife, already one of the liveliest in Europe, is regaining new vigor. Calle de Ponzano, for example, a street of tapas bars with no seats and minimalist cocktail bars, is now one of the trendiest streets on the continent in the evening.

But it’s not just night owls who feel the change. Madrid is focusing on sustainable development and is transforming itself through a major program of pedestrianization, bicycle lanes, and bike hire, pavement widening and anti-pollution measures. Even the historic Prado Museum is being given new life, thanks to a series of temporary exhibitions – from the lesser-known works to the most spectacular performing arts – that will take place throughout 2019 to celebrate the museum’s bicentenary. 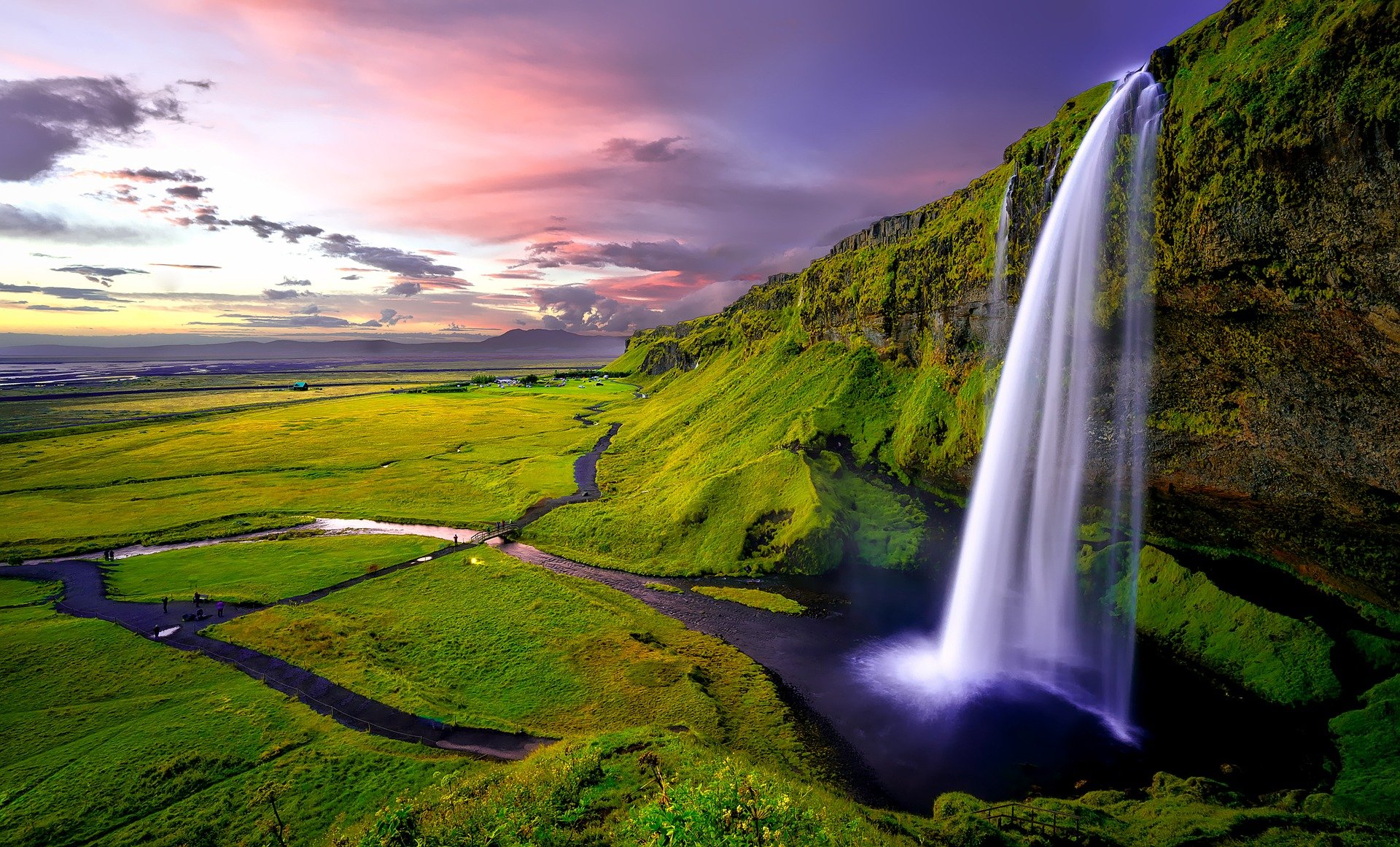 Even though Iceland has been at the top of the list of destinations to visit for more than ten years, it has not played all its trump cards. Most of its millions of annual visitors are concentrated in Reykjavík and the famous Golden Circle. A few intrepid people head west, or even further east, but very few head north – until today, anyway.

For 800 km between Hvammstangi in the west and Bakkafjörður in the east, the new Arctic Coastal Route connects twenty-one villages and four islands on Iceland’s rugged north coast. It amazes with the natural wonders for which the country is justly famous: tumultuous waterfalls, immense glaciers, burning fumaroles, and offers countless opportunities for snow sports, wildlife viewing, and outdoor adventures. In short, the best of Iceland without the crowds. 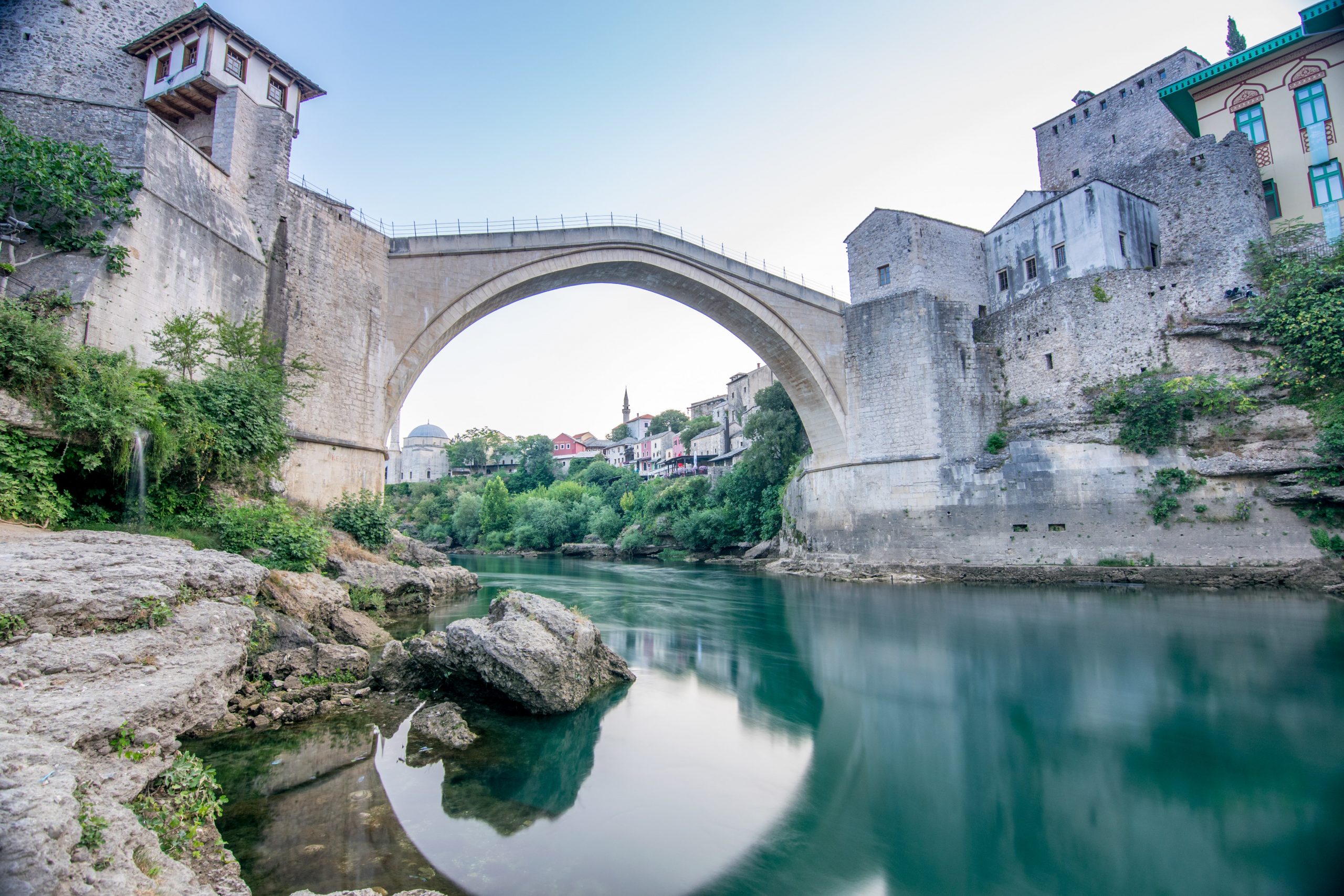 If you are told Herzegovina – the historical region in the south of neighboring Bosnia – you might think of the beautiful Stari Most, the Mostar Bridge. But you might not think of the crowds that flock there every summer to find the right angle and take the perfect picture of this magnificent stone bridge.

In 2019, widen the view and see more of Herzegovina’s other assets by visiting Ćiro, a cycle route on an old Austro-Hungarian railway line that runs through the countryside between Mostar and Dubrovnik, passing some of the most beautiful sights in the region. Accommodation in old and stylish railway stations allows you to leave your bikes behind and explore the surrounding area. Stroll through the medieval streets of Počitelj, explore the tunnels of Vjetrenica (the “wind cave”) or hike to the traditional mountain village of Lukomir: all will give you a new perspective on this more than photogenic region.

Let’s not call it a comeback, but Bari, which has long been a springboard for tourists on their way to the great sites of Puglia, is getting back on its feet. The old barefoot port, at the heel of Italy, is undergoing a renaissance that began ten years ago.

The renovated old town sets the tone and its walled shops have given way to family restaurants where grandmothers prepare orecchiette (ear-shaped pasta) plates on pretty piazzas. But the change is not just cosmetic: cultural venues are reopening, from the elegant Teatro Piccinni to demolished hotels such as the Oriente; let’s not forget the Teatro Margherita in Art Nouveau style, an old theatre converted into a dazzling exhibition gallery, built on stilts facing the sea. A resurrected nightlife (cocktails in an old ticket office, among other things…), safer streets, and cleaner surrounding beaches: Bari comes back to life. 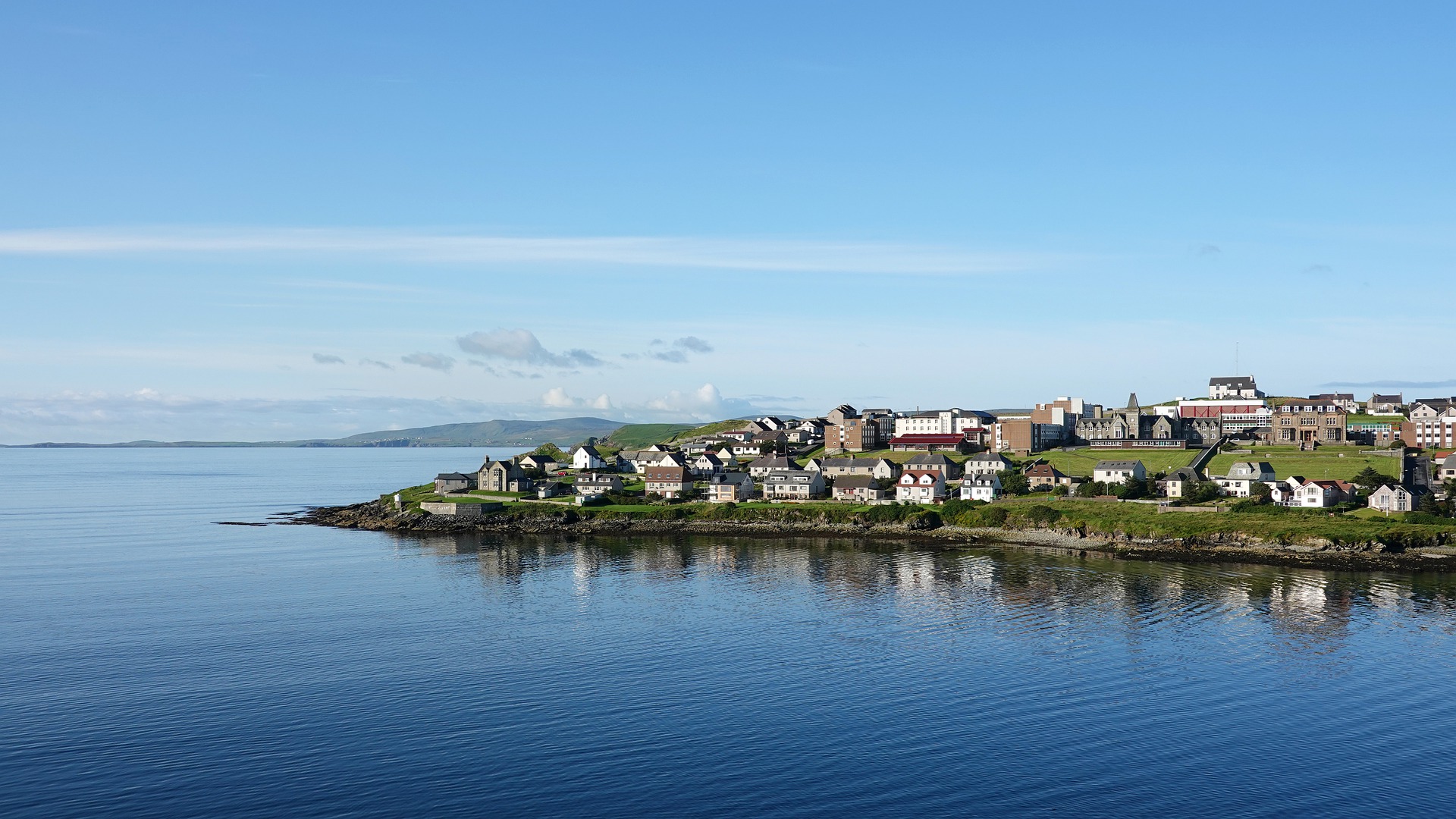 Few travelers go to the far north of the United Kingdom, to the Shetland Islands, some 170 km off the coast of Scotland. This windswept archipelago, isolated in the North Sea, is left to the boldest adventurers, rewarded for their efforts with superb coastal trails, magnificent wildlife, and famous fish & chips – plus a dram of whisky or two, courtesy of the proud and friendly Shetlanders.

A visit to Shetland is well worth it, the night ferry from Aberdeen is an adventure in itself, but once there, you can go back in time wonderfully: see sea otters and killer whales from the steep headlands, then relax in the evening in one of Lerwick’s pubs. At least until Up Helly Aa, a lively Viking-inspired festival opens in January each year. 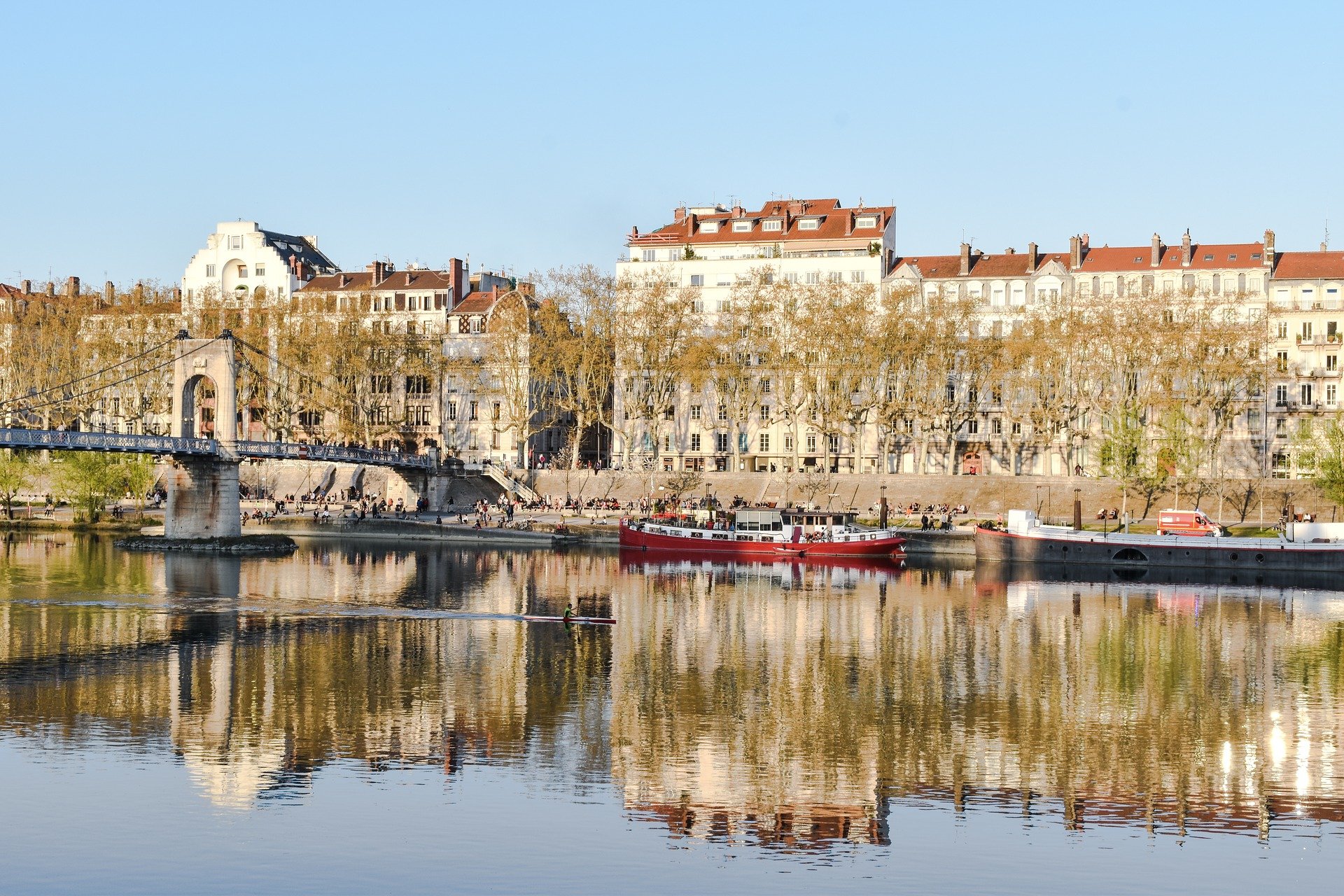 For a long time in the shadow of the capital, further north, Lyon may not have the reputation of Paris (nor its large crowds) but it shares some of its assets: beauty, thanks to the quays of the two rivers, the Rhône and the Saône, culinary excellence (the city’s bistros, bakeries, and traffic jams are famous), and culture (from the Musée des Confluences to the Musée de Gadagne). 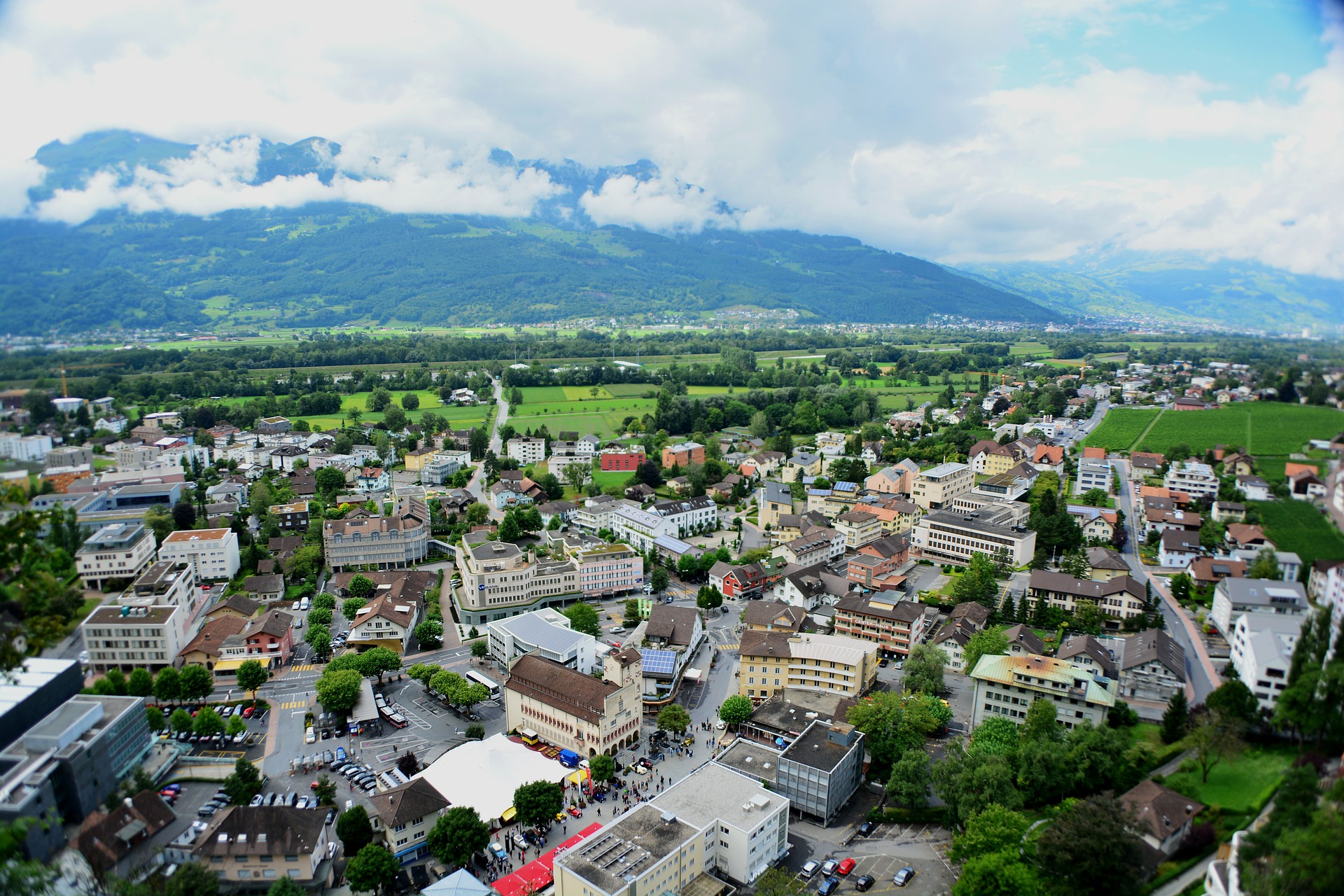 Want to walk around a country on a weekend? This is a possibility in the “small but pretty” country of Liechtenstein. To celebrate its 300 years of existence as a sovereign nation, the country will open the Liechtenstein Way, a picturesque 75 km long hiking trail through mountains and pastures passing through its eleven municipalities.

Even without walking shoes, Liechtenstein is a destination full of interest. It is a rural but wealthy state, ruled by a prince who resides in a castle overlooking the capital, Vaduz. Its tercentenary is another reason to go there, with a series of exceptional exhibitions (including the most beautiful pieces of the Princely Collection, presented in the Museum of Fine Arts) and festivals, the largest of which will take place on the National Day, 15 August. 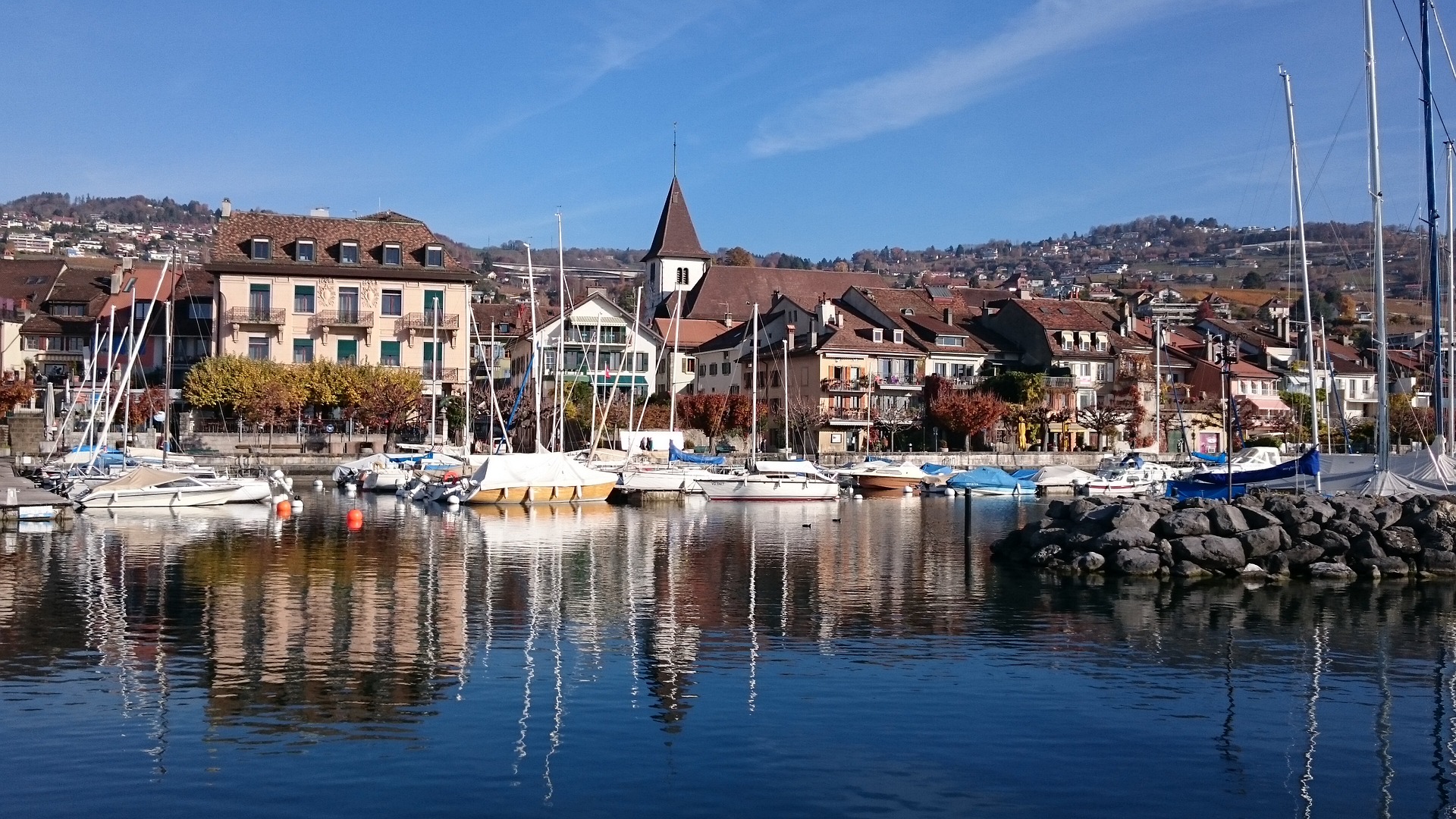 In Vevey, in 2019, the traffic jams will blow up more than ever before when the “Fête des Vignerons” invades the city in July. Held only once every twenty years since the 18th century, this three-week wine festival offers flamboyantly costumed shows, bell parades, alphorn concerts and, if you have the time, the chance to taste divine local pinots and Chasselas at ad hoc stands or at the wineries that open their doors for the occasion.

But it’s not just the vintage wines that make the Swiss town so intoxicating. Situated on the shores of Lake Geneva, its small old town is brimming with quality restaurants offering everything from a 20-course tasting menu to cheerful and inexpensive fondue. Then burn off the calories with a swim in the lake or a stroll through the surrounding vineyards, where you’ll need the resolution to resist another tasting along the way. 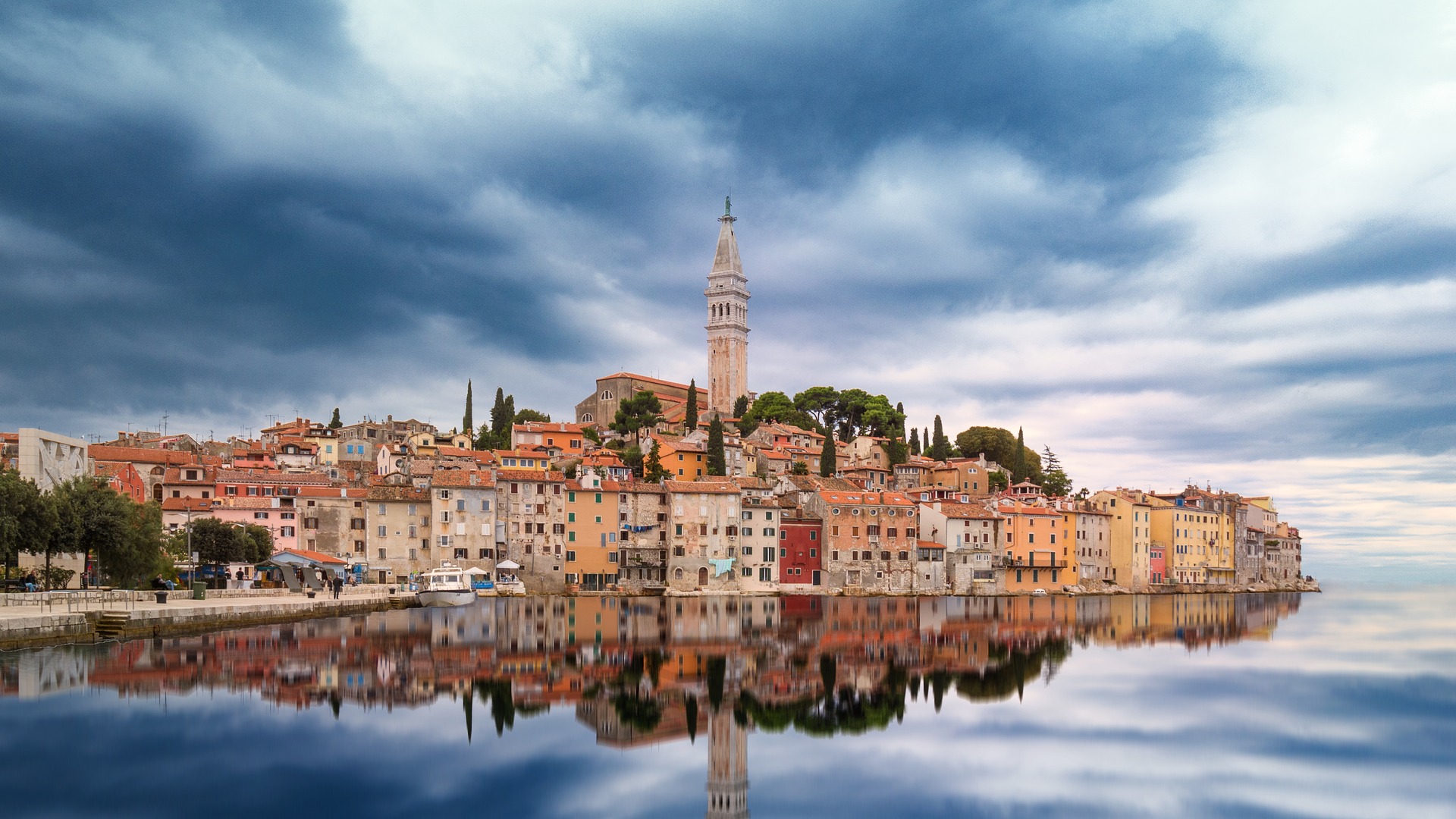 Whether it’s the limestone riviera of this heart-shaped peninsula, its great monuments, or its gastronomy (with a penchant for wine!), Istria in northern Croatia always has something royal about it. Perhaps that is why it was so coveted by the Romans, Venetians, and Austro-Hungarians, who struggled for centuries to conquer this beautiful and fertile land.

Today, the peninsula can be yours, as more and more air links connect it to the rest of Europe. Start with history (the imposing Roman amphitheater in Pula or the UNESCO listed mosaics of Poreč, among others), then head to the beaches (Mulini for the atmosphere or Felsen Strand for its isolation), and finish with the novelties: gastronomic bike tours in spring, music festivals in summer, or truffle hunting in autumn.