The 10 Least Polluted Countries in the World in 2021

Europe, also known as the “Old Continent”, is certainly one of the most popular destinations for tourists from all over the world. The reason for that are its cities which are rich in history, the white mountains of the Alpine arc, and the mild climate of the countries bordering the Mediterranean Sea. Regardless of the reason, even today, when it comes to choosing a holiday destination, Italy, France, Spain, Italy, Germany, and so on continue to exert a great fascination especially for those who, while traveling, search for the pleasure of discovery.

If you, too, are a traveler who likes to discover less traveled places, here is the list of the 20 best places to visit in Europe.

NOTE: This list is an excerpt from the ranking drawn up by the blog undertaking.net.

Nice is the most important resort on the Côte d’Azur: it offers wide sandy beaches for relaxing and swimming, trendy bars, and restaurants. If you like to stroll among typical bars and markets, don’t miss a visit to the “Old Nice”, the oldest area of ​​the city which is located behind the port. Its typical streets and narrow alleys that open into the Cours Saleya, the most cheerful and lively square in the city, are impressive. Among the historical and architectural details, you can also shop fruit, vegetable stalls, typical products of the area, and spices at the market.

The famous 7 km long Promenade des Anglais runs along the impressive sea of ​​Nice and reaches the airport: it is the perfect place to stroll in total relaxation or enjoy a bike ride along the cycle path.

Innsbruck is the capital of the Austrian Tyrol: apart from the snow-covered slopes, a true paradise for winter sports lovers, it also offers numerous palaces, museums, and architectural works such as the Golden Roof, the symbol of the city. Moreover, there are numerous markets held in Innsbruck during the Christmas period.

It’s probably the most “Italian” of the Austrian cities due to its proximity to the Italian border. Exactly this makes it the ideal destination for a short-term trip out of town, excellent for weekends.

Berlin is also called the City of Museums due to its numerous museums that house archaeological finds and artistic works of great historical and architectural value. Its troubled history has left its mark, enriching every corner of the city with charm: don’t miss the Brandenburg Gate, the first symbol of the greatness of the Prussian Empire and then of the separation due to the Berlin Wall. Of course, you can’t miss the Holocaust memorial and the walk along the Berlin Wall with the famous section full of murals known as the East Side Gallery. 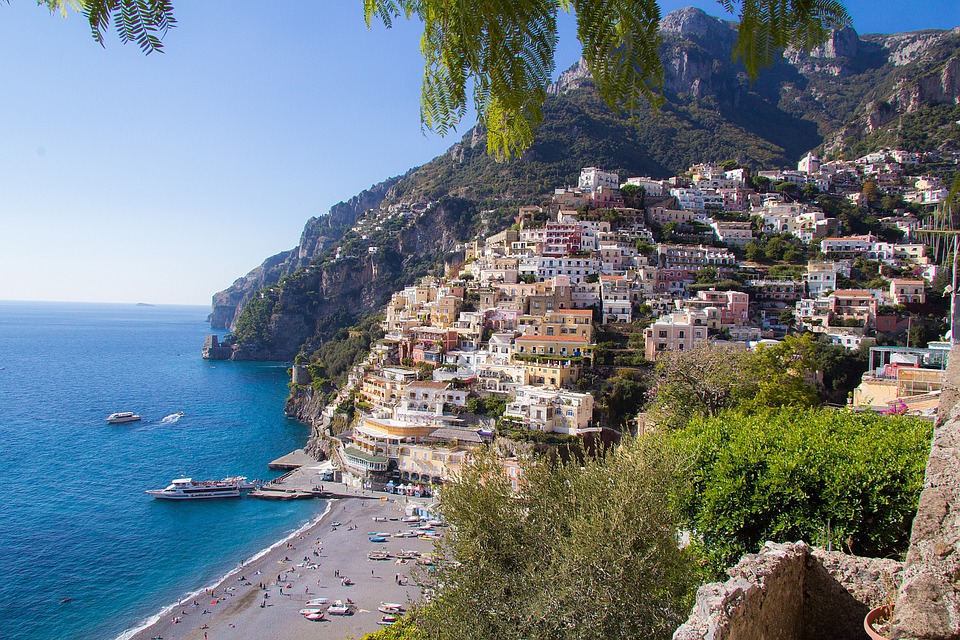 Driving along the Amalfi Coast reserves the viewer unique emotions: the spectacle of the sea joins the encounter with extremely impressive places such as the small villages of Vietri and Cetara, and the wonderful towns of Amalfi, Positano, and Ravello. Make sure you don’t miss one of the bars along the way to enjoy a tasty granita prepared with local lemons.

Recommended period: all year round
Accommodation: hotels and b&b from €67 per room 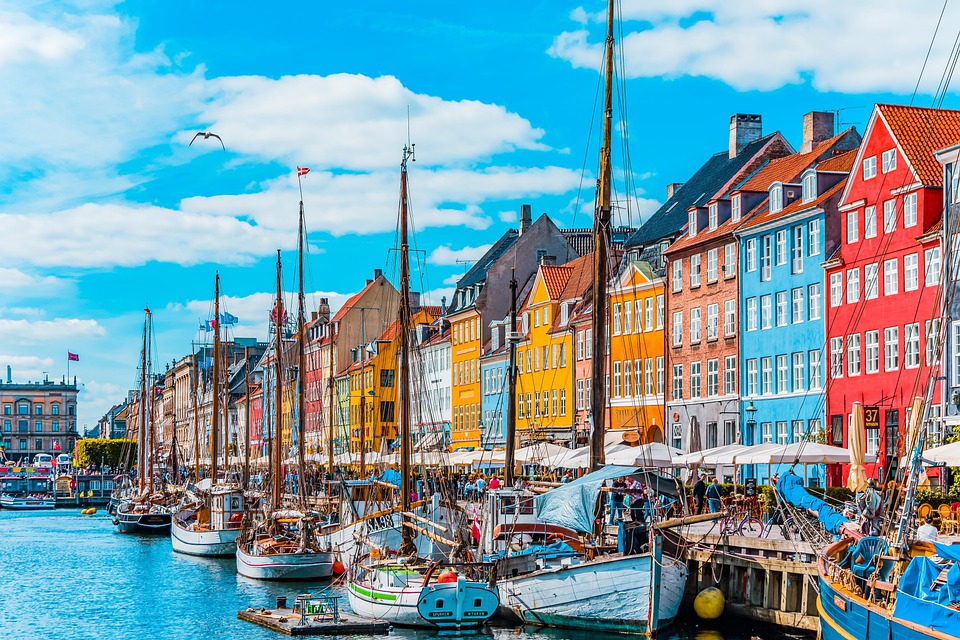 The name Copenhagen means Port of the Merchants which is justified as the city develops entirely on the sea. No wonder is nicknamed Venice of the North. Among the places of interest, apart from the splendid Tivoli Gardens, there are also the Cathedral, castles, and historic buildings. The symbol of the city is the famous statue of the Little Mermaid, located at the entrance to the port. 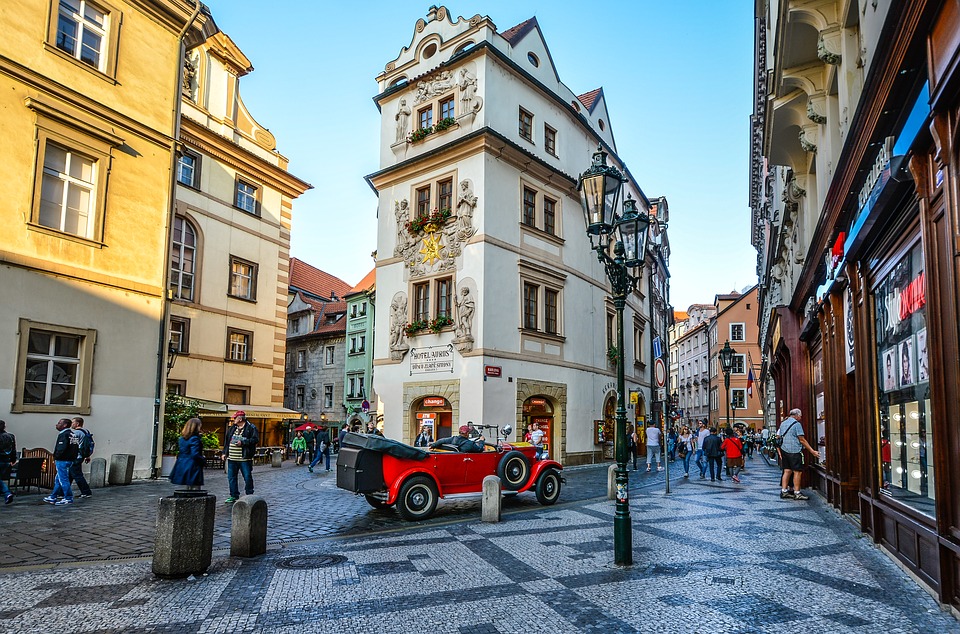 Prague can be considered to all intents and purposes as the mother of all cities: you will be captivated by the soaring baroque architecture of the Stare Mesto, the Old Town, by its bridges and the pastels colors of the houses of the Golden Lane, near the Castle in Mala Strana.

You can’t miss visiting the Josevof, the Jewish Quarter, and Charles Bridge, erected in the first half of the 1300s by Charles IV, King of Bohemia. 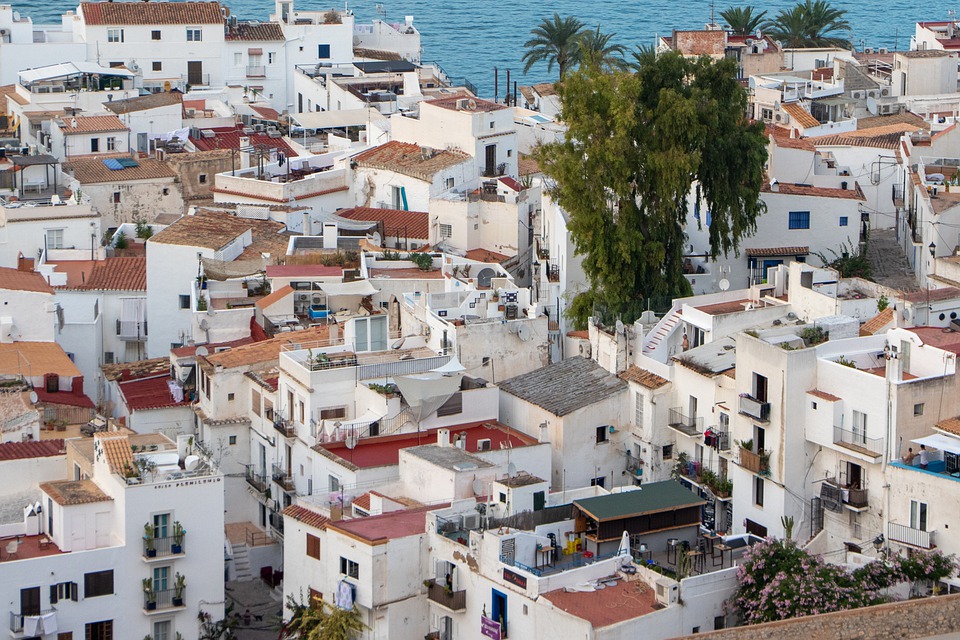 The Balearic archipelago, with the splendid Palma, Ibiza, and Formosa, is definitely one of the favorite summer destinations for young people and families in search of white beaches, crystal clear waters, and endless fun and entertainment. Ibizia, in particular, is considered the island of nightlife with its numerous clubs and discos open till dawn. If you still have the strength to practice water sports, make a bet at Cala Llonga or Calo Des Moros, or at the beach Es Figueral, where you can find everything you need for snorkeling, water skiing, and windsurfing. 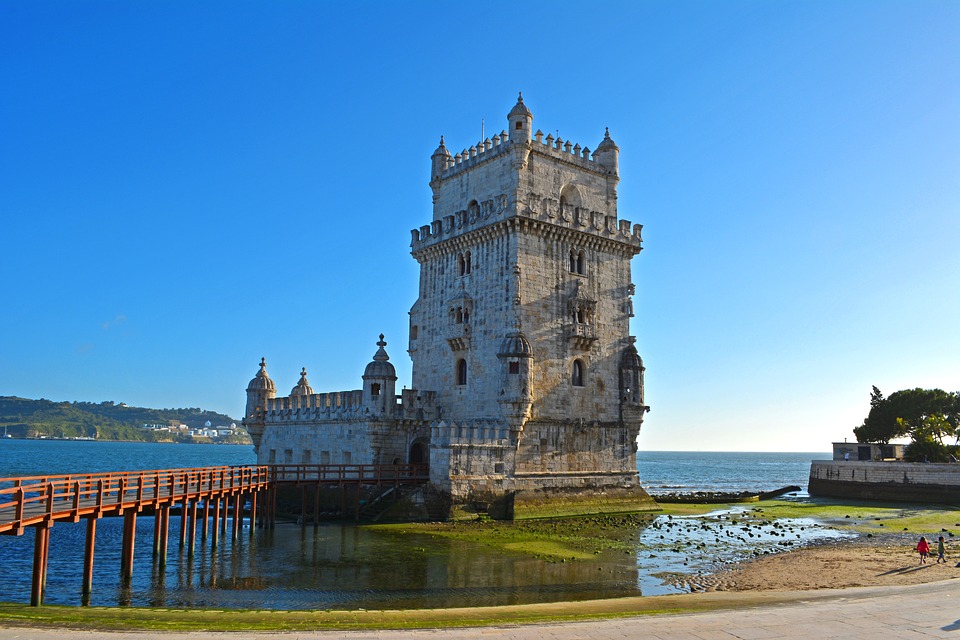 Lison, destroyed several times by the earthquake, has been rebuilt respecting the oldest architecture and styles to maintain its charm as a city with a thousand cultures and traditions. The São Jorge Castle, the Jeronimo Monastery, and the Belem Tower are examples of older architecture; Praça Marquês de Pombal was built in more recent times as a tribute to the nobleman who rebuilt the city after the terrible earthquake in 1755; the Monument of the Discoveries on the Tagus River was built in 1960 to celebrate the many navigators of Portuguese origin who sailed the seas of the world with their ships.

Recommended period: all year round
Low-cost flights: return flights from €47,01
Accommodation: hotels and b&b from  €47 per room 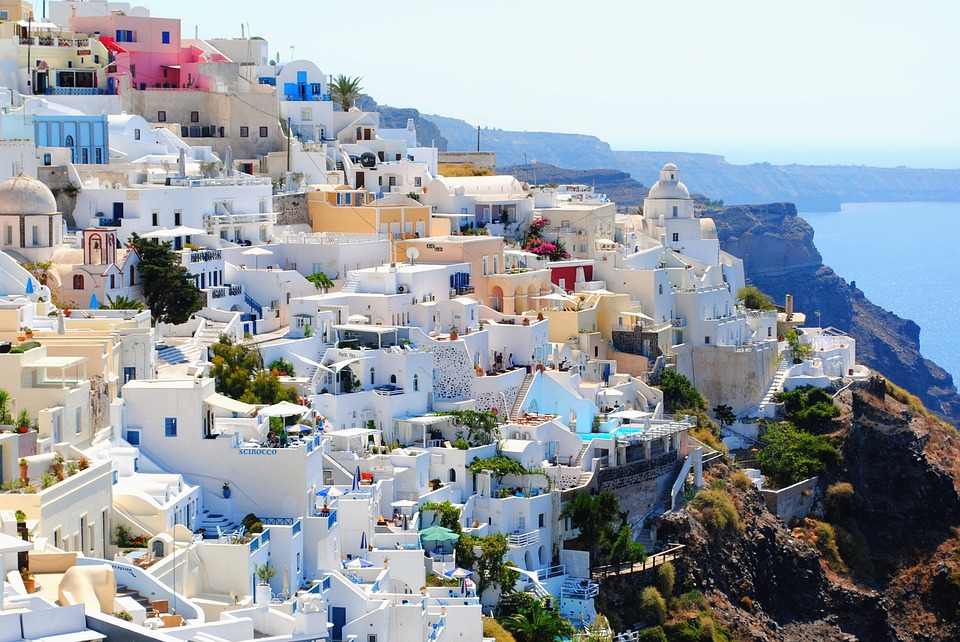 The Cyclades is an archipelago made up of 22 islands that gently lie on the Aegean, southwest of the Peninsula. The best known are Mikonos, Ios, and Santorini, each with its own particularities.

Thera or Santorini is a volcanic island originating from the implosion of the caldera of an underwater volcano: this gives it a mysterious and magical aspect especially at sunset when the sea seems to dive into the middle of the ancient crater. 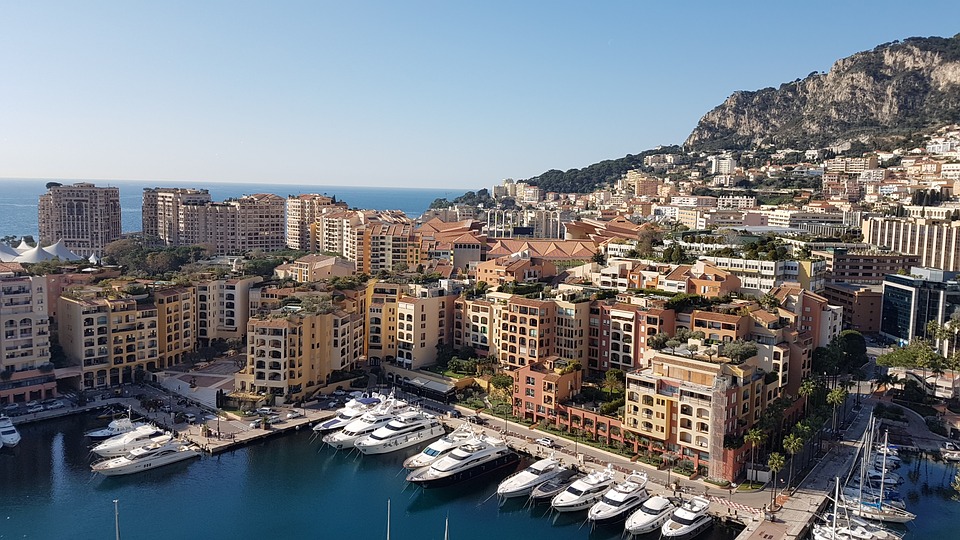 Montecarlo is a city that especially attracts lovers of luxury and opulent life; however, it’s undeniable that this town in the Monegasque Principality represents a pearl from an architectural point of view of its buildings, which are perfectly set in a narrow stretch of coast between the sea and the mountains. If you like to try your luck at the casino, you can, as long as you have enough means to pay for the hotel and return home.

Recommended period: all year round
Low-cost flights: flights to Nice (16 km) from €61,73
Accommodation: hotels and b&b from €87 per room 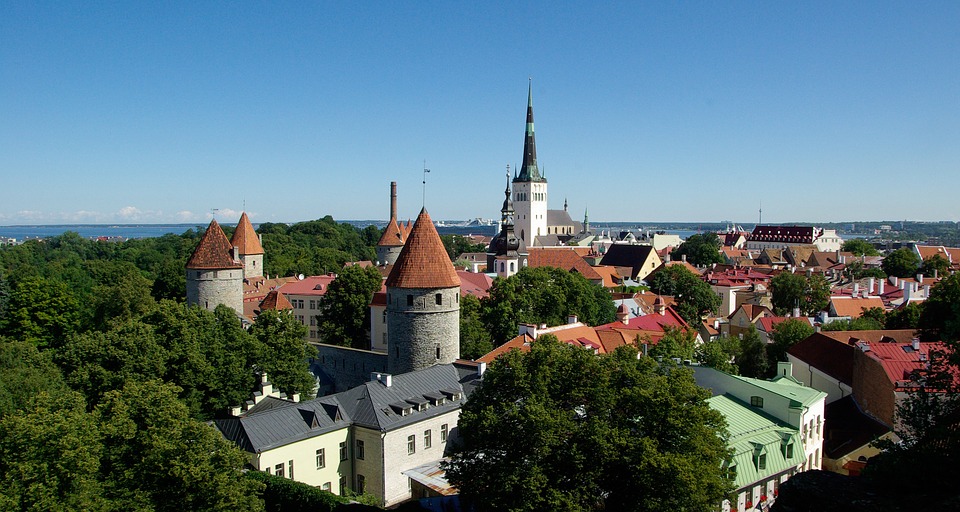 The Baltic countries, represented by Estonia, Lithuania, and Latvia are the less-known part of Europe, but definitely interesting mostly from a naturalistic and artistic point of view.

UNESCO declared Tallinn’s Old Town a World Heritage Site in 1997. Its medieval charm and lively soul make it the jewel of Tallinn that is absolutely worth a visit. Vanallinn, as this part of the city is called, is characterized by cobbled streets, beautiful colorful buildings, churches, and striking buildings.

In particular, at the Lahemaa National Park, a few kilometers from Tallinn, the capital of Estonia, you can admire the Jagala Falls, renamed as the Niagara Falls of the Baltics. 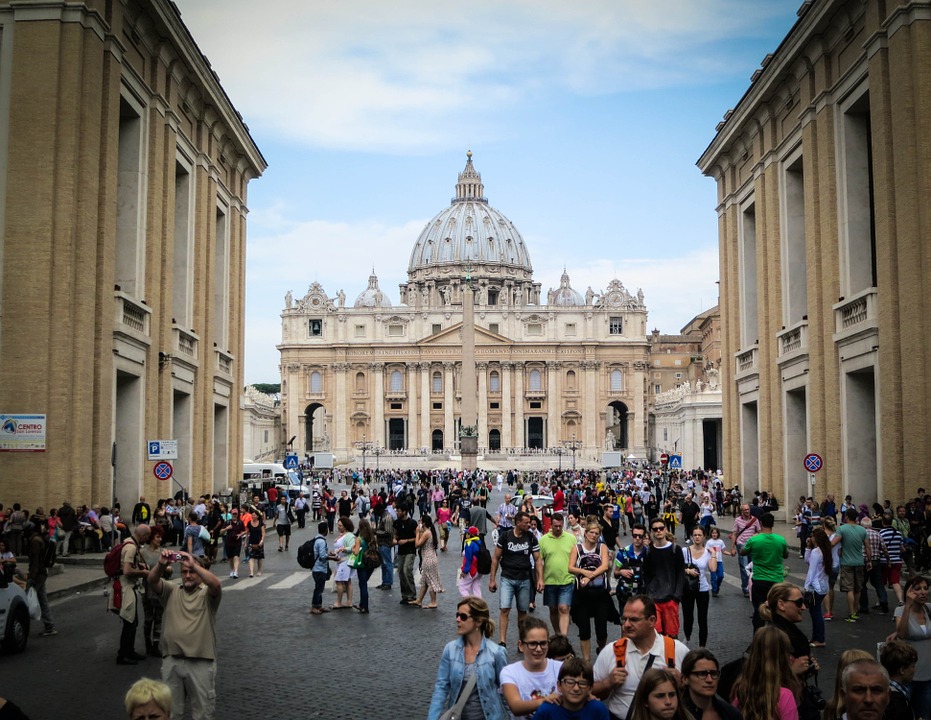 Although Vatican City is actually an autonomous state, many associate it with the beauties of Rome and Italy, in general. To fully enjoy its wonders, you could need a whole day starting with a visit to the Vatican Museums and ending with the splendid frescoed ceilings of the Sistine Chapel.

Recommended period: all year round
Accommodation: hotels and b&b from €86 per room 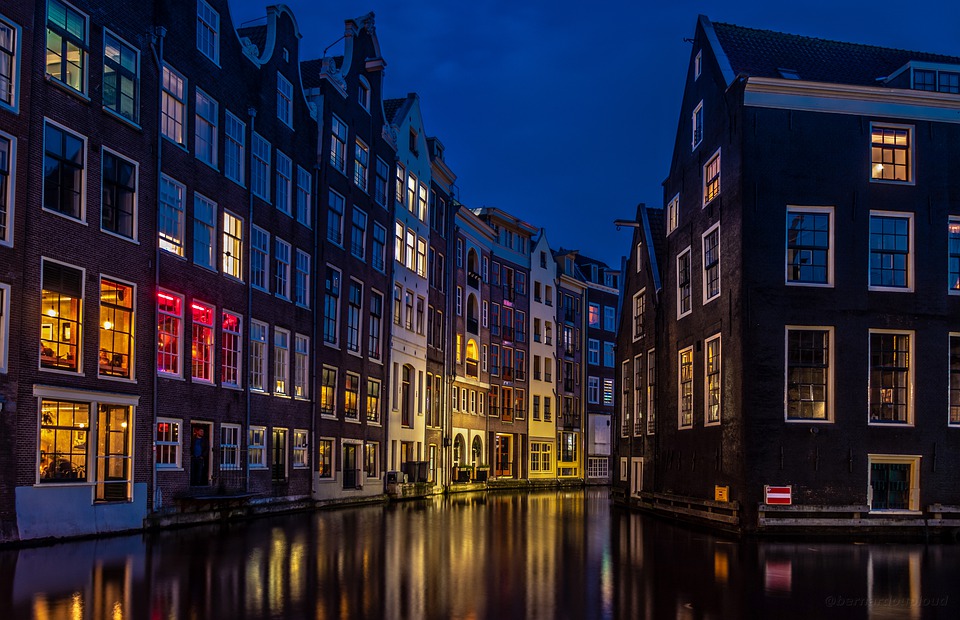 Amsterdam, the capital of the Netherlands, is known to all for being a modern-minded metropolis, but sometimes its charm and uniqueness fade into the background: made up of over 100 canals joined by over 600 bridges and islands, it offers a unique landscape to the visitor.

In summer, tourists and citizens can travel by bike along the roads that cross the canals, while in winter, those more athletic can wear skates to whiz on the frozen water. 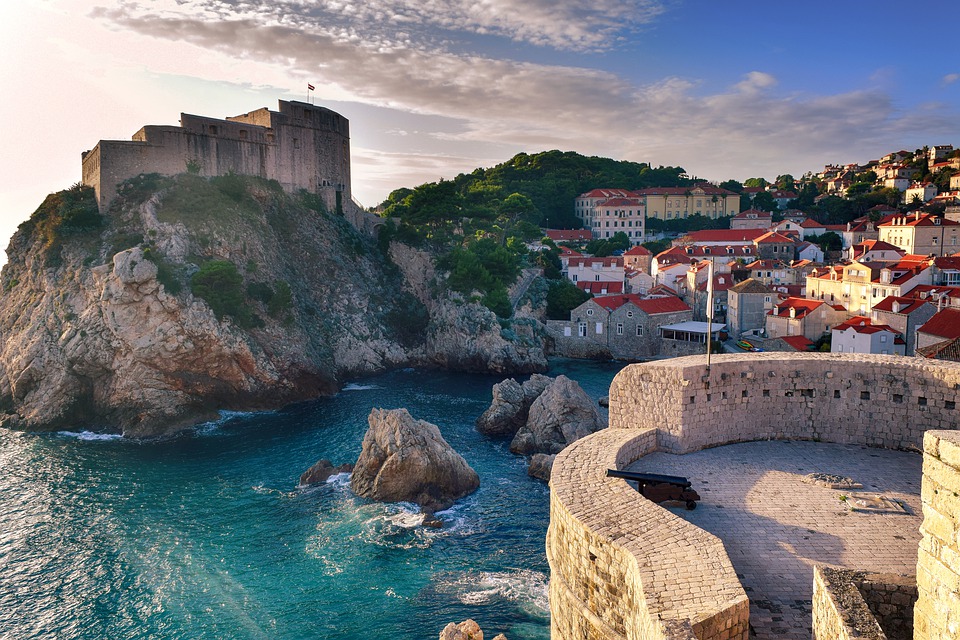 Everyone agrees that Dubrovnik is the “Pearl of the Adriatic” and one of the most crowded Croatian towns par excellence. Thanks to the clear beaches, the unbridled nightlife, the monuments, and the surrounding islands. 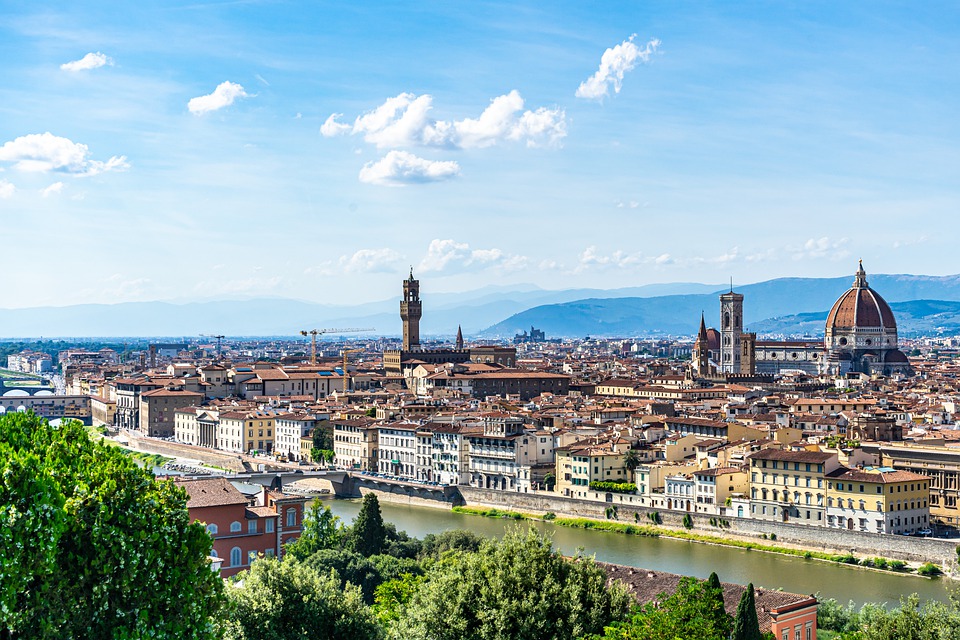 During a visit to Italy, you can’t miss stopping in Florence, the cradle of the Renaissance and a city of timeless charm for the churches, squares, and historic buildings.

After Brunelleschi’s Dome, Piazza della Signoria, and Ponte Vecchio, treat yourself with an afternoon of art at the Uffizi Gallery, where you can admire Botticelli’s greatest masterpieces.

Recommended period: all year round
Accommodation: hotels and b&b from €54 per room 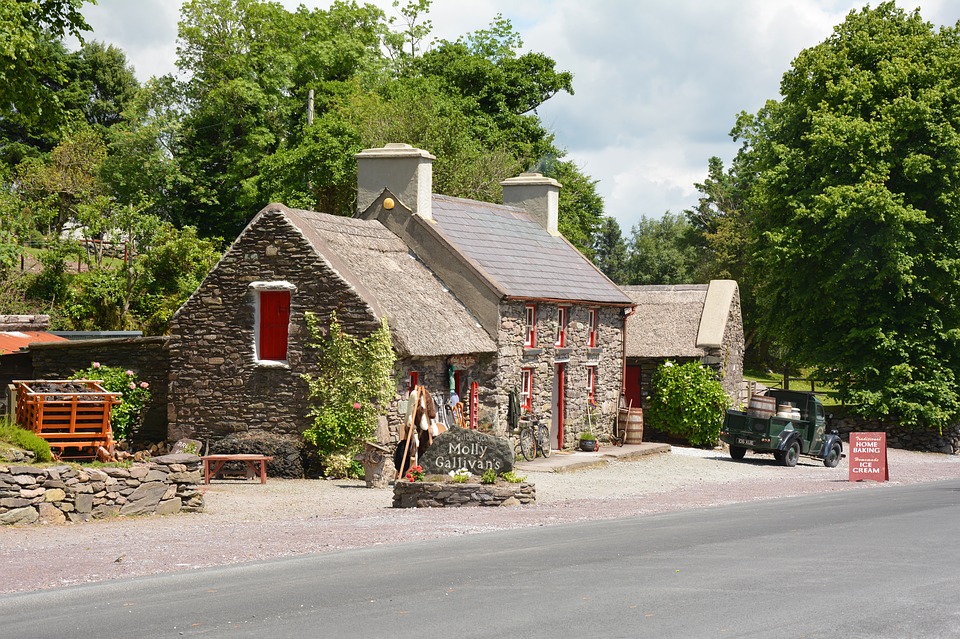 Ireland, with its capital, Dublin, is certainly a magical place, but we want to recommend an alternative destination in this country: County Kerry. This city winds on the Atlantic Ocean, where the town of Ballybunion is located and where the largest and most unusual golf course in the world was built.

Recommended period: spring/summer
Low-cost flights: flights to Shannon (80 km from Country Kerry) from €290,97
Accommodation: hotels and b&b from €79 per room 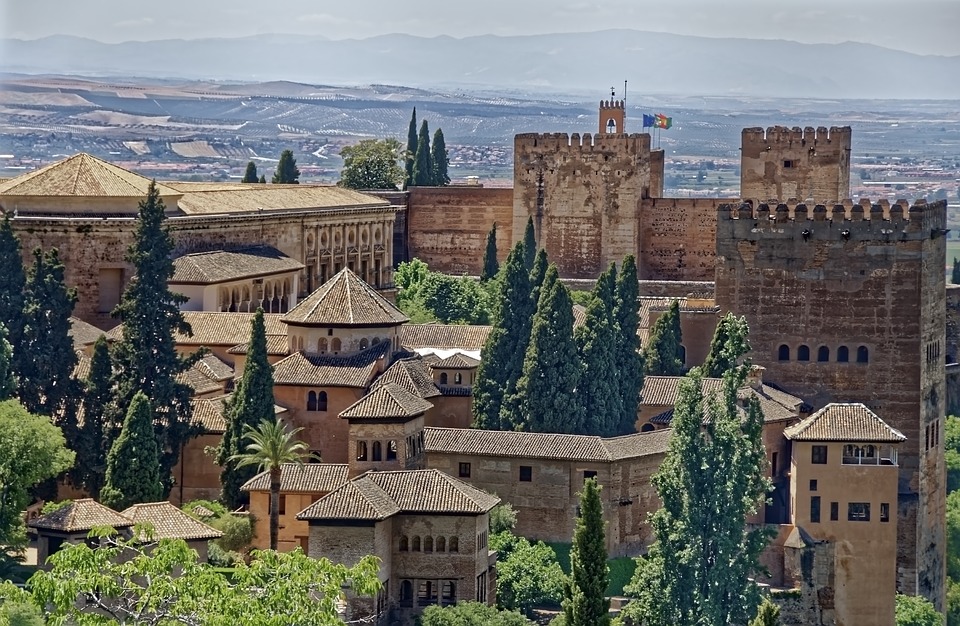 Granada, the capital of Andalusia, is known throughout the world for flamenco and gypsy traditions. It also contains numerous architectural wonders, such as the Alhambra palace, built during the Moorish period.

Recommended period: all year round
Low-cost flights: from €43,71
Accommodation: hotels and b&b from €47 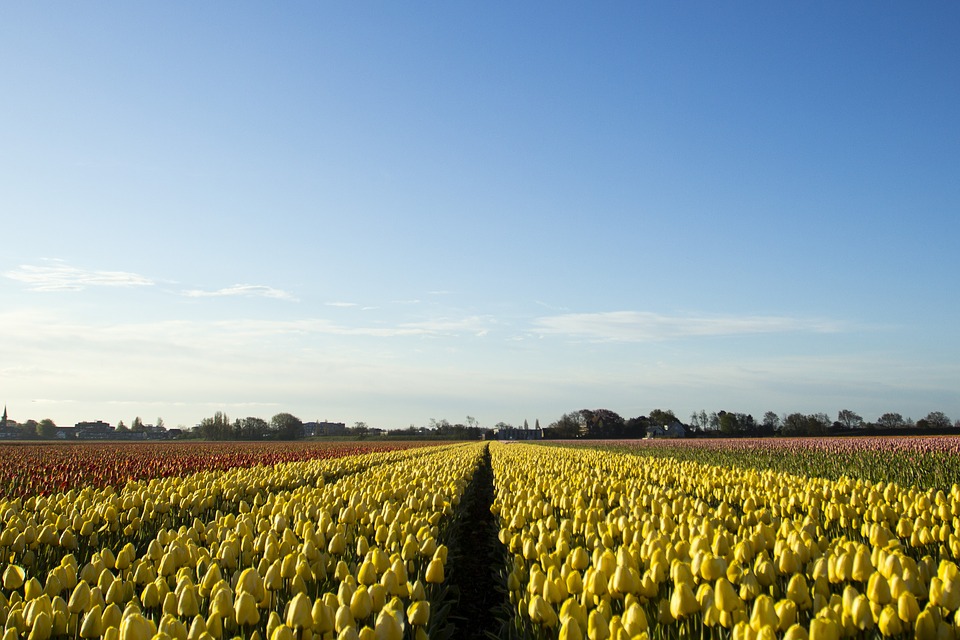 Although a very small center, Lisse is to all intents and purposes the floricultural capital of Holland: Keukenhof is actually one of the largest gardens in Europe where bulbous flowers are grown. But be careful because it’s only open two months a year, in spring. 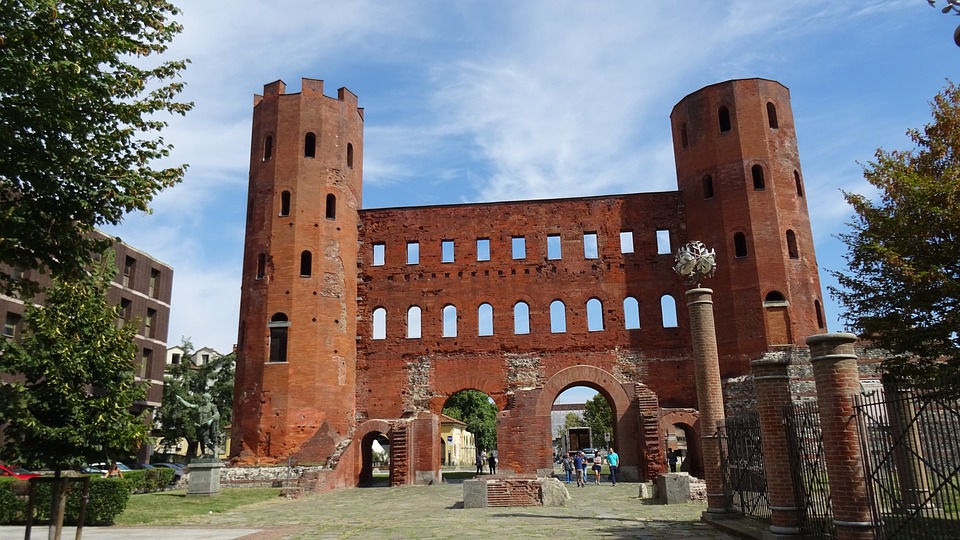 Often overlooked in traditional routes, Turin is a city that holds a thousand surprises for its visitors. From the Egyptian Museum to the many symbolic palaces of the historical events of the Risorgimento and Bourbon periods, Turin is certainly an unmissable destination for lovers of history and art; for gourmands, we recommend a stop at the historic Caffe Fiorio also favored by Cavour and Nietzsche.

Recommended period: all year round
Low-cost flights: starting from €37
Accommodation: hotels and b&b from €52 per room 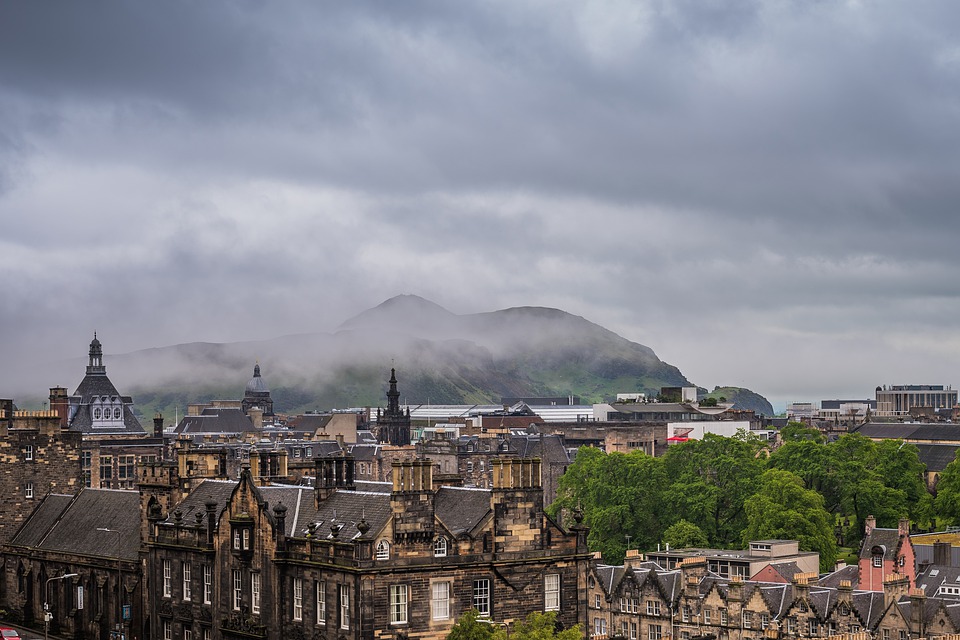 Edinburgh apart from being the capital is also one of the oldest cities in Scotland, the castle of which is declared a World Heritage Site together with other architecture of the old town. Every year, in August, it hosts the Fringe Festival, the largest arts festival in the world, in which artists and groups from all over the world participate as there are no limits for participation.