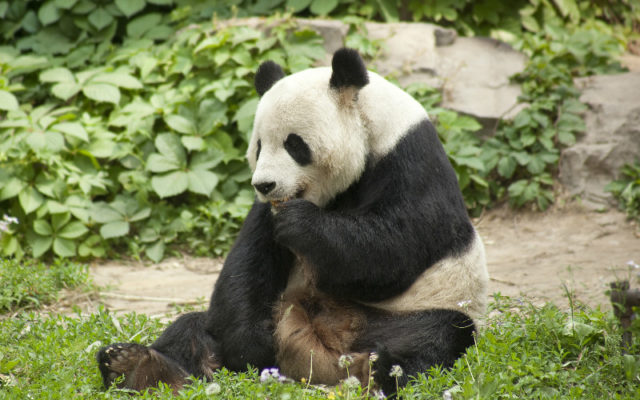 The 15 Largest and Most Beautiful Zoos in the World

Thе vacation, as we know, is a subjective experience, which varies according to who lives it. Some love excursions in the midst of nature or practicing water sports and others prefer to sunbathe on the beach or relax in a resort with all kinds of comforts, such as a swimming pool, room service, and spa. In recent years, many people have preferred less demanding destinations and more and more people opt for a relaxing holiday in modern wellness centers.

These centers find their roots as bask as in the era of the Roman Empire. Actually, in ancient times, there were spas, which were considered a place where the nobility could dedicate time to health and harmony of body and mind. This concept was then taken up and expanded over the centuries to become the cornerstone on which today’s spa is based.

As you can guess, in this post, we look at spas. And, you are right because we bring you the 15 most beautiful spas in the world. They are not only the most fascinating ones in the aesthetic and structural aspect but also the best performing and efficient ones, with a very high customer satisfaction index. So, let’s check them out!

We start our list with the spa of the Mandarin Oriental Hotel in Las Vegas, which is awarded the prestigious Forbes Five-Star award. An elegant and modern sanctuary that receives acclaim from guests for the quality of the services offered. The property spreads over two floors and houses a swimming pool, fitness center, yoga studio, and a private garden decorated with sculptures.

Located inside the ultra-luxury hotel Cristallo, this spa is one of the most popular tourist facilities in Italy. It is located in the municipality of Cortina d’Ampezzo in the Dolomites, in the province of Belluno. It features a Hammam spa complex and an indoor hemicycle swimming pool, which is located in a large hall covered with panoramic windows overlooking the Tofane mountain massif.

It is located in the Tigh-Na-Mara complex in Vancouver. From an aesthetic point of view, the surroundings of the Grotto Spa are among the most impressive ones. Artificially created by a team of architects and designers, all the rooms have been designed in such a way as to recreate a natural cave (grotto means cave in English). The result is undoubtedly incredible.

The Liquid Room in Berlin is not strictly referred to as a Wellness Center; however, it offers certain types of entertainment that don’t differ much from those available in spas. It’s an indoor hot and saltwater pool where you can listen to relaxing music. The building also organizes live music events and contains some saunas.

Fun fact: It seems to be a place quite visited by nudists, so it might be wise not to bring kids when visiting it.

It’s an incredible structure that offers regeneration and regaining energy. There’s no better definition for the Green T. House in Beijing. Inside this multi-functional place, which contains the distinctive features of oriental culture, there is a beautiful spa that offers relaxation and entertainment to the visitors. The wellness program which lasts about 4 hours includes energizing scrubs and green tea baths.

The Grande Spa is the biggest selling point of the Grand Wailea Hotel. It offers a large number of services ranging from simple body treatments to the most complex and articulated hydrotherapy circuits. Inside the Resort, there are also other very interesting attractions, including tennis courts and a water park consisting of 9 swimming pools, a water lift, several waterfalls, and semi-submerged caves.

The thermal baths of the Quadome Spa are absolutely modern and functional and feature a very fascinating architecture. The property is located in Längenfeld, a town in the Austrian Tyrol. Inside, there are two heated swimming pools, various saunas, and even an ice cave. In addition, special “hot stone” massages are practiced.

Verdura Resort is located in the beautiful town of Sciacca. It is part of the Roccaforte Hotel group and represents the Mecca of rest and relaxation. The rooms were designed by the Italian architect Flavio Albanese and the resort has golf and tennis courts. The Verdura Spa is world-known for its services and the outdoor thalassotherapy pools are the flagship of the resort.

The Tabacon center is among the most popular for its spectacular surroundings. In all the outdoor rooms was made an attempt to perfectly blend the atmosphere of the thermal springs with the sounds of the rainforest to mark the strong bond with nature. If you ever go there, make sure you don’t miss the traditional Tazmacal purification ritual, which is performed in a sauna.

The spa of the Boscolo Hotel almost seems to be a microworld within the stressful Milanese reality. This temple of well-being was born with the intention of providing its visitors with the right means to be able to “disconnect” from the daily frenzy. With its 600 square meters, it’s the largest wellness center in the Lombard capital and its main swimming pool is able to “transport visitors into a dreamlike dimension” due to the walls covered with reflective spheres and a screen of over 15 meters that transmits relaxing images. Other services include a Turkish bath, a reaction tub, and 6 beauty rooms for massages and treatments.

The Prince Spa of the Parco dei Principi Hotel is yet another Italian excellent on this list. It is located in the capital and is one of the most popular places. In order to benefit from the exclusive services, one must be on the waiting list. This spa has an elegant and refined, at the same time, modern design that is fantastic to the point of making it the most beautiful spa in Italy. Among the services offered, there are emotional showers, Turkish baths, Finnish sauna, as well as sensory and chromotherapy treatments.

In the fabulous Icelandic Blue Lagoon, we find the most famous geothermal spa in the whole country, which is appreciated mostly for the landscape quality of its outdoor surroundings. According to passionate readers of Conde Nast Traveler magazine, it is the most efficient medical spa in the world. 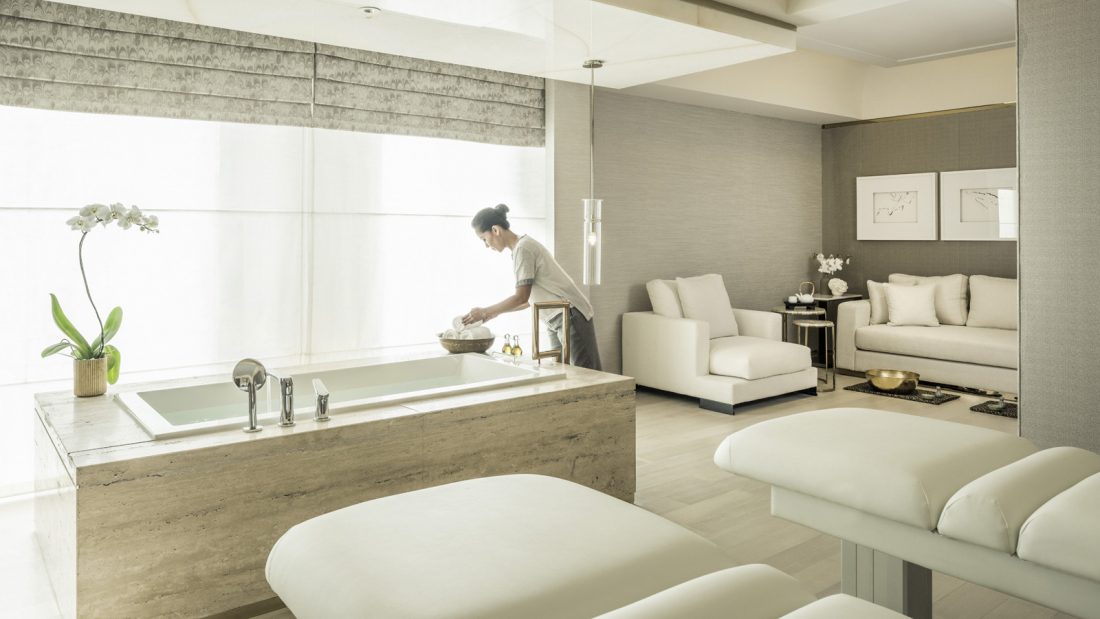 Not only the spa but all the unique context that characterizes the rooms of the Four Seasons Hotel “George V” in Paris makes your stay an unforgettable experience. The furniture has a classic style that slightly recalls the ancient Roman baths and the services are impeccable. It houses numerous saunas, whirlpools, and, of course, a beautiful indoor swimming pool.

It may not be the prettiest, but from an efficiency aspect, it is the best on the planet! The degree of customer satisfaction is proportionate to the excellent quality of its services. It underwent a major renovation in 2009 and now it’s elegant and refined, adorned with inlays, decorations, and sumptuous mosaics. Inside, there are swimming pools and hammams that seem as if they were taken from “One Thousand and One Nights”. Visitors will most benefit from the unique services this spa offers, such as special body treatments based on natural ingredients from the city gardens.

The best wellness center in the world is located in the tiny Principality of Andorra. Wonderful like no other in the world, it presents a unique architecture, with tubs in the shape of champagne glasses, supported by Roman-style columns, each characterized by a different jet of water.

But the Caldea Spa isn’t the most beautiful in the world just for its formidable main room. It’s also because it offers many wellness services, including sirocco bath and polar bath. And, in the summer, the outdoor pools are open, offering a breathtaking view of the Pyrenees mountains.