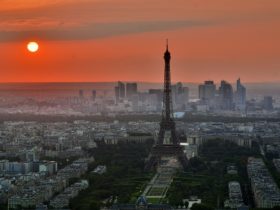 The 25 Most Beautiful Cities in the World

They have always been places where a unique atmosphere hovers and are often home to myths and legends due to their mysterious and impressive aspect of reminding us of the fairy tales we listened to as children as well as of our worst nightmares. Some are made up of dense vegetation, others continue for kilometers and kilometers hosting only one species of trees.

They are the home of many animals that find their refuge in ravines, caves, holes, and elevations created by roots and branches. They are also a very important asset for our life since they are the green lungs of the planet. Their importance is documented with an international day dedicated to them, which is celebrated on 21 March.

While there are many impressive forests around the globe, we’ve selected the 15 most beautiful forests in the world. Let’s take a look at them! 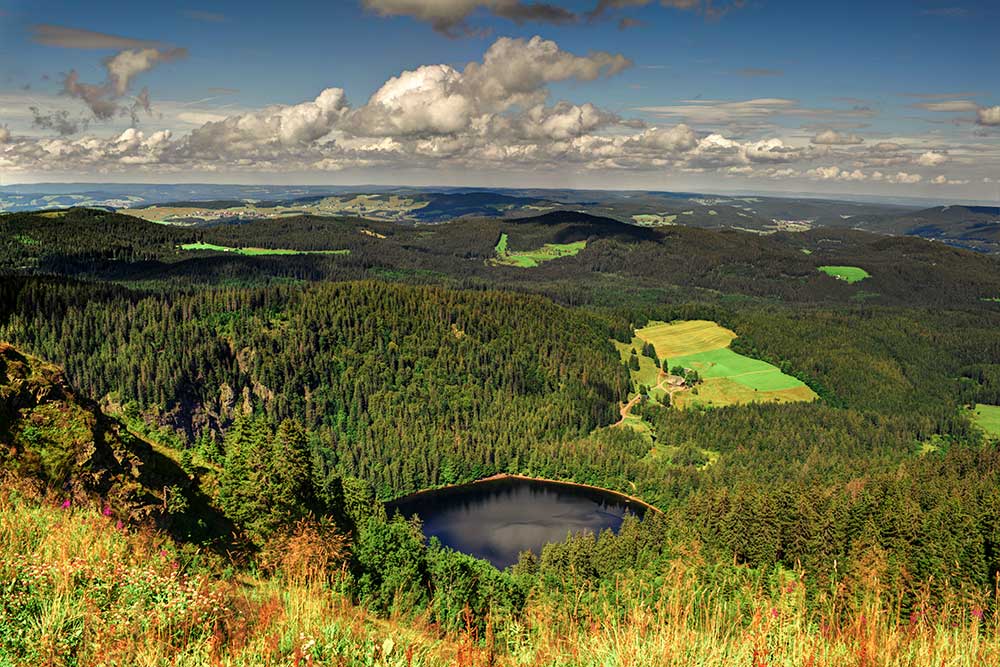 The Black Forest stretches along a mountain range and is located in the southwestern corner of Germany, in the German federal state of Baden-Württemberg. This ancient mountain range is famous for its legends and the black firs that make up much of the landscape. The Romans called it Silva Nigra or Silva Carbonara due to the dense vegetation that prevents light from penetrating between the branches.

It’s the largest forest in Germany as well as the most fascinating one. It’s very appreciated by the Germans to the extent that they have even named a traditional cake after it. 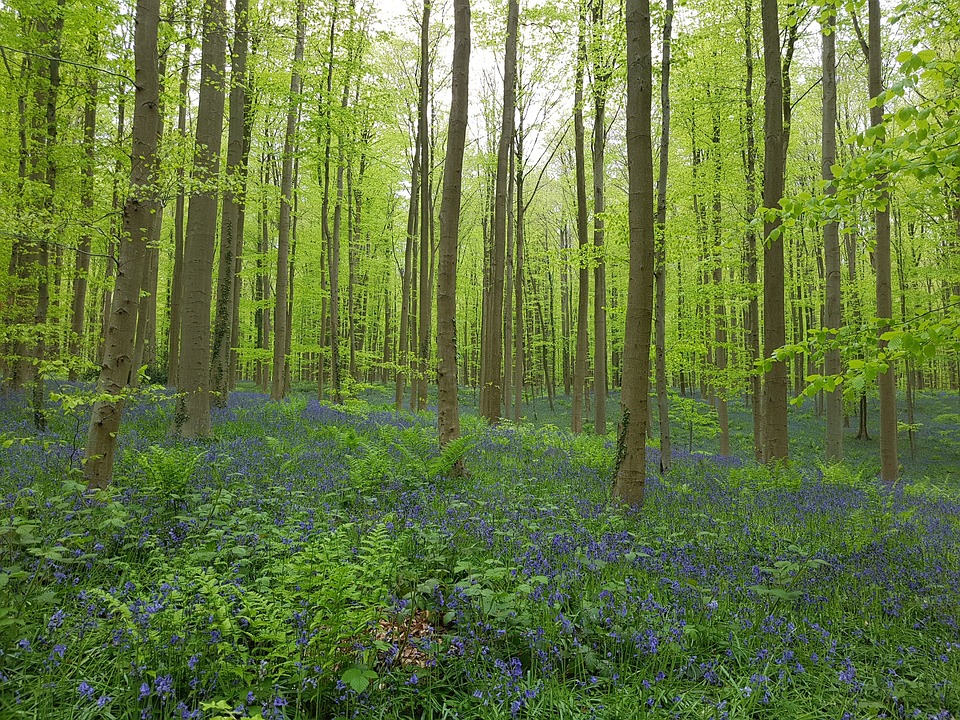 This forest is located right on the border of Flanders and Wallonia, in the municipality of Halle, about 30 minutes south of Brussels. From late April to early May, a few acres of the forest are covered in a beautiful carpet of wild Bluebell hyacinths. It’s a breathtaking spectacle for visitors, looking as if it’s the protagonist of a fairy tale.

Remember the Treebeard who was the protagonist of an episode of The Lord of the Rings? La Rata is a very common type of tree in New Zealand, from the typical “gnarled” shape. This forest is located on the island of Enderby, which looks just full of gnarled trunks the branches of which create a fairytale tangle.

There are plenty of trails in the forest and on the island itself, allowing visitors to immerse themselves in this book-like atmosphere.

This beautiful forest is located on Stanton Moor in the north of England The moor houses four mysterious stone circles dating back to the Bronze Age. The most famous of these circles is nicknamed “Nine Ladies”, while the others are called “Stanton Moor I” (the Northern circle), “Stanton Moor III” (the central circle), and “Stanton Moor IV” (the southern circle). These 3 circles are largely abandoned and destroyed, with only a few stones remaining. Although some of these formations are of natural origin, there are many legends regarding the forest and its stone, almost all related to the Druids and the cult of some ancient divinity, even if there’s no archeological evidence to support this thesis.

Known as the Forest of Knives, Tsingy Forest is an incredible area that is made up of sharp limestone rocks protruding from the earth reaching a height of 70 meters. Although it’s probably one of the most dangerous national parks you can visit, it’s really worth it!

In fact, this locality has some unique characteristics. In addition to the limestone conformations, it’s also the home of mangrove woods, many species of wild birds, and different populations of lemurs. The reserve was also declared a UNESCO World Heritage Site in 1990.

Located in the Basque Country in Spain, the Otzarreta Forest represents the most fascinating and spectacular part of the Gorbea Natural Park. The ancient trees, along with the misty atmosphere, give this forest a truly mystical air. 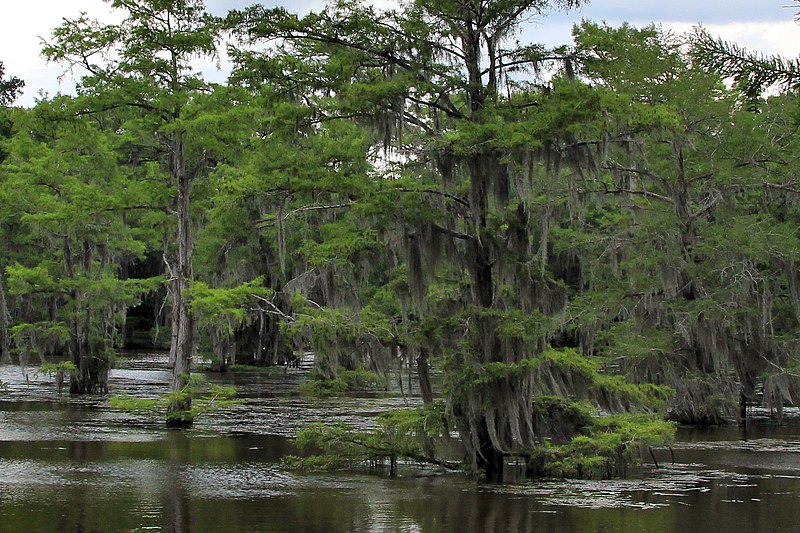 This forest takes its name from some populations of Native Americans who inhabited the area, called Caddo. It covers an area of 25,400 acres and is internationally protected under the Ramsar Treaty. Caddo Lake is the largest cypress forest in the world. Actually, the presence of the lake’s waters makes the area a bit creepy although the atmosphere is undoubtedly magical.

To the west of Kyoto, there is a real green district, that of Arashiyama. It was originally an imperial place of relaxation, located away from the main court in central Kyoto, but the palaces were later converted into Buddhist temples and monasteries. Today, visitors come to this enchanting place to explore these temples and the amazing bamboo forest of the area. A well-constructed and maintained path winds its way through the statuary green trunks, which seem to sigh and whisper in the wind.

This forest is made up of about 400 trees curved in a truly unique way. They are very normal pines which, under normal conditions, would not have anything special. However, they are all curved in the same, strange way. Nothing is known about the origins of this forest and the reasons for the curvature of the pines is still a mystery. Is it a human intervention or a freak of nature?

What if one of the most impressive forests in the world is underwater? This is exactly the case of this forest of evergreen Asian spruces. It is submerged by the waters of Lake Kaindy, in the Tien Shan mountains, in Kazakhstan.

In 1911, an earthquake caused a large landslide that blocked the entrance to the canyon, which was subsequently filled by the water from a river. The name of the lake, Kaindy, means “falling rocks”. The water there is very cold (the lake is about 2000 meters above sea level) which prevents the submerged trees from perishing. The tops of the fir trees emerge from the surface of the lake, creating a unique and surreal effect.

Yili is located northwest of Xinjiang province, which is located northeast of China. It’s a far and hard to reach area but that doesn’t stop people from visiting it and enjoying its show. Actually, this valley has been attracting fearless tourists for years who want to admire the majestic expanse of pink and white, the color of apricot flowers that bloom every spring.

This area is home to the largest apricot forest in Xinjiang. The natural spectacle begins in June and ends at the end of September.

On an island filled with weird and wonderful living things, the Thorny Forest is probably the most unusual ecosystem in Madagascar. Endemic to the south of the island, this forest stands out for its plants, which belong to the didiereaceae family, and make 95% of the species found in this particular ecosystem. In their appearance, they are very similar to cacti, although the thorns here arise directly to protect the leaves, which in turn grow directly on the branches of the plant. And, while it’s very important for the life of numerous species living in that area, such as the ring-tailed lemur or the dancing lemur, the forest is endangered due to deforestation, a result of coal and wood for construction manufacture.

The name speaks for itself: the scary Goblin Forest is truly unique and, if you are lucky enough to visit it, you will never see anything like it again anywhere else. The trees are covered with moss in a truly disturbing way because the area is often foggy and humid. This results in the moss almost completely covering the vegetation, thus creating the effect reminiscent of the goblin monsters.

2. The Dancing Forest, Between Lithuania and Russia

The enchanted forest, or dancing forest, bears its name because of the way the trees look. Namely, the pines and firs here don’t grow straight as usual but take on strange and bizarre shapes. Their trunks seem to dance, twist, and tangle on themselves, stand out against the sky zigzagging or crawl on the ground like enormous snakes. The silence that reigns in this place is almost otherworldly and hypnotizing to the extent that even the birds don’t dare to hear their song, maybe because they are afraid of breaking some spell.

The explanation for the mystery of the dancing trees has not yet been found, but there are many legends and fantastic stories related to this place, handed down by the elders of a small Orthodox community living near the forest. The legend has it that many years ago a beautiful young girl named Predislava lived there, who, one day, began to be courted by a prince of the Prussians. He was a pagan while she was a Christian: she made a plan to convert her future husband, inviting him right into the depths of the forest. Here, with her sweet song, she made the trees and other plants dance, until the Prince, convinced of the power of the Christian faith, was converted and had all his people converted. When all the Prussians were baptized, the trees stopped in the very bizarre positions they are in today. 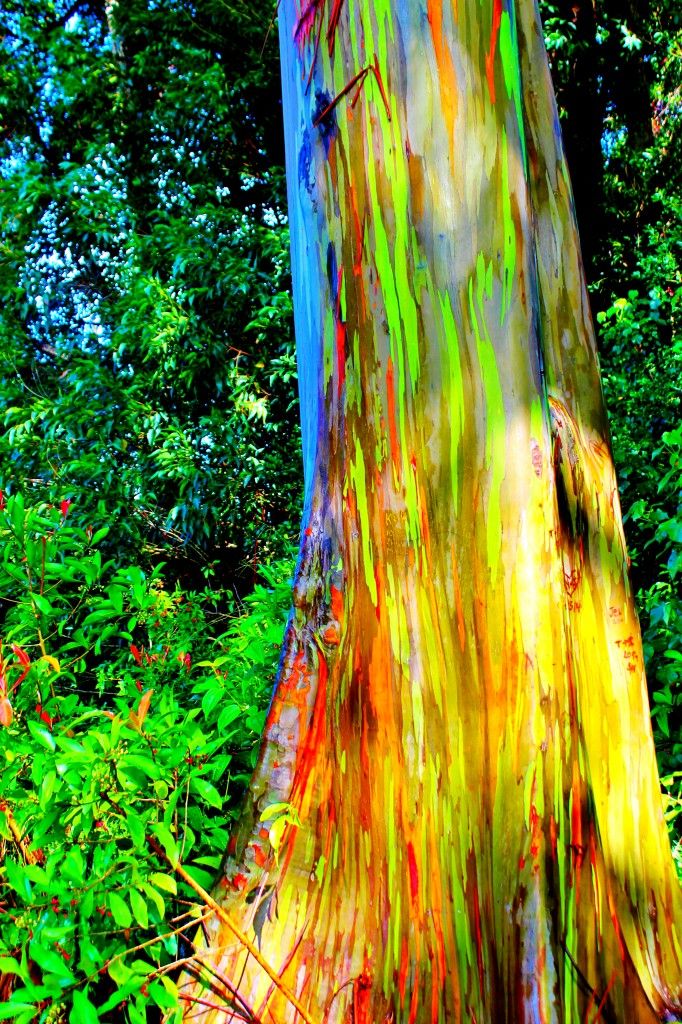 It’s hard to believe your eyes as you cross this forest as, along the way, you will find groves of Rainbow Eucalyptus, a very special species of plant found only on this island. As the name suggests, due to the bark that peels off in summer, this tree takes on many different colors, with shades ranging from red to yellow, green, and brown. When the trees are wet from the rain, it all appears even more brilliant and incredible.