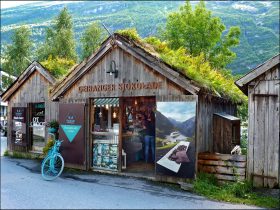 Zoos have the ability to get us closer to nature by introducing us to plants and animals which we could otherwise hardly encounter in everyday life. But visiting a zoo is not only a way to learn something new about nature and its living beings; it’s also a way of becoming aware of certain issues such as the importance of conservation and protection of species, their safeguarding to prevent the risk of extinction, as well as the environmental education of the people who choose to visit them in a perspective of mutual respect. And, finally, visiting a zoo is pleasant for, both, adults and children: the only prerogative is to be curious.

In this article, we bring you the 15 largest and most beautiful zoos in the world. They are worth visiting them at least once in a lifetime, especially if you are nearby. Let’s see if you already know some of them? 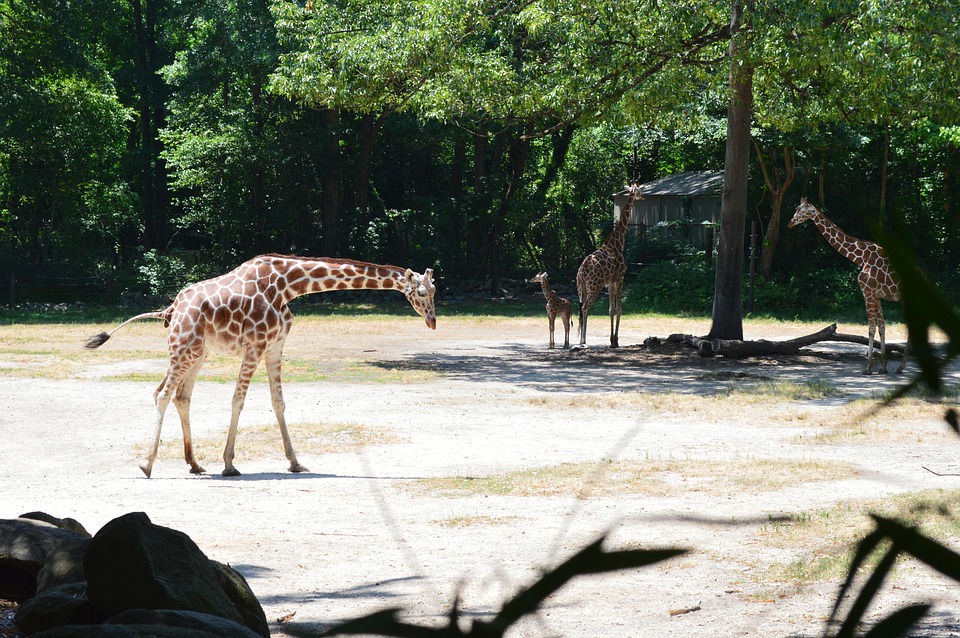 Riverbanks Zoo is located in Columbia and is part of the AZA (the association for zoos and aquariums). It consists of a zoo with animals, an aquarium, and a botanical garden, which contains more than 4,000 species of exotic plants and sculptures. In the vicinity of the botanical garden, a medium-sized waterfall makes visitors feel even more in touch with nature. 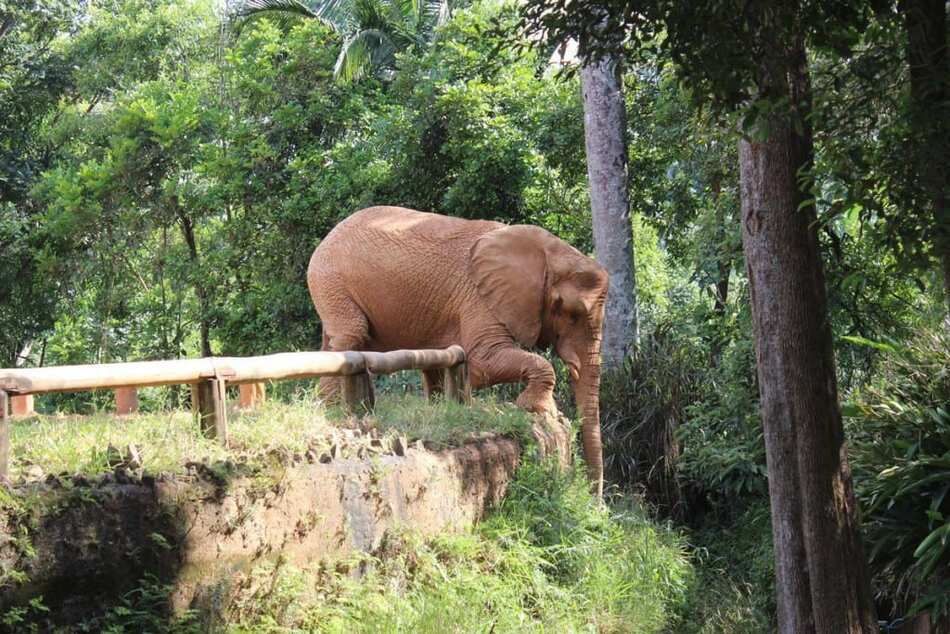 The Sao Paulo Zoo is the largest in entire Brazil. It was opened to the public, for the first time, in 1957 and then reopened in early 2000, with the addition of an area specifically dedicated to safari. This zoo is home to over 3000 animal species, many of which come from the areas of the nearby Atlantic forest (the old-growth forest typical of South America). It’s also home to the only snow leopard in the country, which is identified as a species at risk of extinction due to its drastic reduction in the wild (less than 10,000 specimens worldwide!).

It’s not the best known, but it’s among the best and most important zoos in the world due to its successful captive breeding programs. Its huge surface can be covered thanks to golf rental cars, night tours, and overnight stays. The zoo also has an aquarium and a reptile house.

No one can stay indifferent to the pretty floral gardens inside this zoo which alternate with increasingly wild scenarios. The zoo’s main attractions are China’s rarest and wildest animals, such as the giant panda, the Sichuan monkey, the Manchurian tigers, the white-lipped deer, and the Tibetan yaks. There is also an important zoological research center that welcomes and treats rather rare breeds of specimens also coming from other continents.

It is the longest-lived metropolitan zoo in the world. Since its beginnings, its mission has been to protect and breed endangered species in captivity with a focus on orphaned specimens.

In recent times, the zoo is focusing on becoming as eco-friendly as possible, trying to stimulate visitors to adopt a sustainable attitude in everyday life. This aspect, combined with the wide range of entertainment programs, makes it undoubtedly one of the best zoos to visit in the whole world.

With its 160 hectares, Tierpark Berlin is the largest zoo in Europe by size as well as one of the richest in a variety of animal species. Together with the Zoologischer Garten, it’s one of the two large zoos in Berlin focused on the conservation of species. Namely, the polar beat is housed here and it’s a real mascot of the park. Also, the island of lemurs is very popular, being populated by these funny specimens living in freedom.

The Taipei Zoo is one of the largest zoos in the entire Asian continent and its origins date back to the early 1900s. The park is made up of various environments, including 8 outdoor and 6 indoor areas (among which are the children’s zoo, the Antarctic penguin area, and the reconstruction of the Asian tropical forest). However, what attracts a large number of visitors every day is the presence of three specimens of giant pada, a species increasingly endangered in the wild in recent years.

We move to Australia to see the Werribee Open Range Zoo. Although located in Australia, it’s an Africa-themed zoo to the extent that the species in it are mostly of African origin. Plus, safaris and guided sightings are possible as if you were really in the savannah. The main attraction of the zoo, however, is the gorilla area. It’s a kind of a small sanctuary dedicated to these animals, which are very interesting to see up close. The whole family will enjoy their presence, that’s for sure!

The Columbus Zoo is a non-profit zoo located in Ohio, north of the city of Columbus. Home to more than 7,000 specimens, it’s divided into zones according to the specific area of origin of the animals and is even equipped with a golf club for the most passionate sportsmen. Thanks to the earnings brought by the passionate golfers, the zoo not only deals with conservation programs of the species living there but it’s also active in the participation/subsidy of programs organized by external associations, the purpose of which is always environmental safeguarding. And, there is a beautiful aquarium with alligators, tropical fish, turtles, and sharks.

If you are in England and are looking forward to a one-of-a-kind experience, we suggest you go to Kent, where Port Lympne Wild Animal Park is located. This endless park allows you to go on safaris inside of it, making you feel miles and miles away as if you were in the middle of the African savannah. In addition, there is a Dinosaur Forest for those traveling with children. This area is extremely interesting and you can learn more about life in the prehistoric world. Plus, you can stay overnight inside the park.

Still in England, we move near the town of Whipsnade where the ZSL Whipsnade Zoo is located. This zoo is part of the Zoological Society of London, along with the Regent’s Park in London. The purpose of this association, hence, of the park itself is the protection of animals and their natural habitat and they do it to that extent that they try to recreate, as much as possible, the conditions animals can find in nature, inside the zoo. Among the daily activities, we point out the show with sea lions and the Birds of the World near the aviaries.

It’s the largest and most beautiful zoo in India, named after Prime Minister Indira Gandhi. It was opened in 1977 and is located in the vicinity of the Kambalakonda forest reserve. The zoo is divided into several sections, among which the primate area, the carnivore area, and the reptile area stand out. The area dedicated to tropical birds is also very popular with visitors. There, you can admire specimens of toucan, pink pelican, peacock, and many others up close.

It’s the largest zoo in Canada, the primary purpose of which is to create environments that are as suitable as possible for the animals housed. Moreover, the zoo is involved in multiple collaborative projects with other zoos around the world regarding the protection of endangered species. It’s also famous for its activities to reintegrate species bred in captivity into the wild. Some of the animals you can find here are giraffes, gorillas, giant pandas, nocturnal creatures, and Komodo dragons.

Location: Toronto, Canada
Number of animals: over 5,000
Number of species: 460

The Taronga Western Plains Zoo, also known as the Dubbo Zoo, is located in New South Wales, Australia. It’s divided into different areas according to the place of origin of the animals housed. The Taronga Zoo hosts mostly large specimens such as elephants and antelopes due to the vastness of the land it covers which allows the animals to move freely. In addition to being divided by geographical areas, there is an area dedicated specifically to children – the Children’s zoo.

Opened in 1970 by an Australian couple, Australia Zoo is a very large park and the number 1 on our list of the largest zoos in the world. Inside, there is a great variety of animal species, including elephants, tigers, crocodiles, and many specimens of birds. Next to the park, there is a treatment center to help some animals in the process of rehabilitation and reintegration into nature established recently.