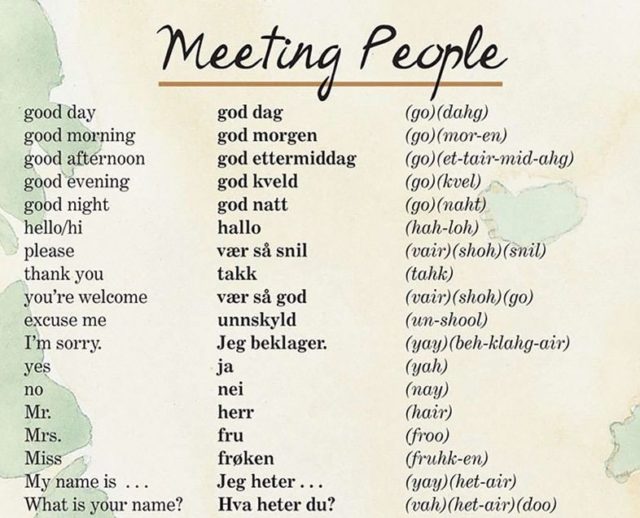 The Most Difficult Languages in the World

Breathtaking views and delicious gourmet works… When the incomparable beauty of Mother Nature is combined with the culinary masterpieces of great chefs, a spectacular combination is born. Panoramic restaurants, real alchemy that will ignite your senses and will make you enjoy a meal as a few can. While there are many restaurants with out-of-this-world views, we present the 10 most beautiful panoramic restaurants in Italy.

A small temple of Sicilian culinary traditions, a gourmet terrace overlooking the silhouettes of Stromboli and Panarea. Spazio Capofaro is a gastronomic laboratory in the heart of our Mediterranean Sea. Its chef Niko Romito, three Michelin stars, has brought a simple but versatile type of restaurant to Salina. His young collaborators, from the Niko Romito Formazione of Castel di Sangro (L’Aquila), create dishes based on the ancient flavors of Sicilian culture, yet giving them a new culinary impetus. The menu is focused on Aeolian products and producers participating in the project Nature in your pocket. Spazio Capofaro is open only for the summer season at the Capofaro Malvasia & Resort in Salina. There’s also an excellent wine produced here, Tasca d’Almerita, thanks to the 7 hectares of vineyards overlooking the sea. Spazio Capofaro is a place for lovers of taste and those looking for a new concept of luxury in harmony with nature.

A table overlooking the corner of Sardinia between the Mediterranean and the beginning of Barbagia: a primitive, intact, and wild landscape. The spurs of rock are thrown into emerald waters, while caves, fjords, and postcard coves slip between the green of the Mediterranean scrub and the pink granite of the stacks. A sublime spectacle served by this restaurant inside the Arbatax Park Resort: eight hotels spread among olive trees, mastic trees, and myrtles. A 40-hectare park populated by wild boars, fallow deer, donkeys, sheep, Sardinian cows, and Giara horses. On this enchanting terrace, your palate can enjoy a full immersion of local flavors, including malloreddus (the typical Sardinian dumplings) and culurgiones (symbol of the area’s cuisine; stuffed with Sardinian pecorino or potatoes and mint, seasoned with tomato and grated pecorino), and seadas with cheese and honey (the famous sweet-not-sweet Sardinian).

40 kilometers from the Amalfi Coast La Pergola restaurant will appear in front of your eyes as in a picturesque vision. This restaurant dominates the strip of coast that embodies all the splendid peculiarities of the area: that harsh purity expertly mixed with hanging gardens and vegetable gardens, pergolas, and bougainvillea cascades that descend to the sea. A restaurant that leaves you amazed even with its interior. The former home of Franco Zeffirelli (and, before him, to the Russian writer Mikhail Semenov), today is a charming hotel with 16 suites named after the great director’s closest friends. On the walls, there are scene photos, an incredible collection of Baroque religious paintings, and colorful Vietri ceramics. La Pergola offers land and sea dishes. The wines come from the cellars of the area, the vegetables and aromatic plants from the gardens of the house, and the fish, obviously fresh during the day, from the waters of the tiny archipelago of Li Galli (three islets, historic property of Rudolf Nureyev and, before him, by Leonide Massine). The silhouette of Li Galli, according to the legend of the Sirens of Ulysses, is the backdrop to the terrace. The restaurant welcomes its guests in the summer months under a pergola whereas in winter in the large living room, in front of the fireplace. 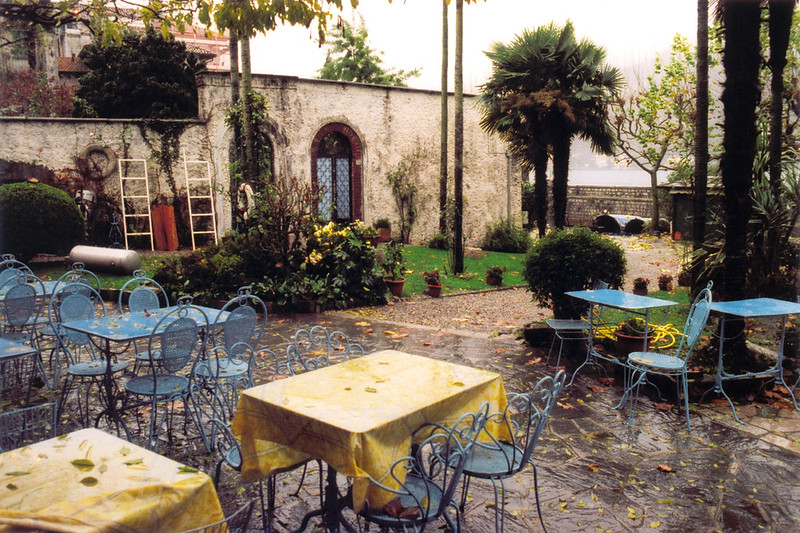 The romantic Hotel Verbano on the Isola dei Pescatori (eng. Fishermen’s Island), the smallest of the Borromean islands, welcomes you with its few rooms accessible only by boat. A restaurant with a terrace with an enchanting view: Isola Bella, Isola Madre (“earthly paradise” for Gustave Flaubert), and the setting of the mountains that cuddle the shores of the lake where gardens and villas are set. An oasis of peace that has enchanted artists, writers, and musicians, such as Toscanini, Simenon, and the aforementioned Flaubert. The chef Diego Pioletti offers a menu with a delicate fresh fish from the lake, full-bodied and decisive flavors from the Ossola valleys, as well as dishes based on rice from the nearby plain of Novara.

At nightfall, the La Sponda (eng. The Shore) restaurant lights up with 400 candles, a mandolin and a guitar whisper past melodies, and large windows frame the sunset slowly dissolving behind the yellow and green maiolica dome of the church of the Assumption. La Sponda is the flagship of the Le Sirenuse hotel, an old manor house transformed into a high-class hotel. A terrace in blue and a room inlaid with vines are the perfect setting for the masterpieces of chef Matteo Temperini, Michelin star and a great lover of Neapolitan and Campania traditions and flavors. Gragnano linguine with clams and lemon zucchini pesto; rock octopus poached with Ponza lentils, escarole and Termini provola foam seared imperial prawns with scampi croutons, broad beans, new artichokes and dried tomatoes; pears with anise and pistachio, coffee, and licorice sauce; creamy milk and dark chocolate, pine nuts and crunchy ice cream… and other classy reinterpretations made of high-quality products await you at La Sponda. 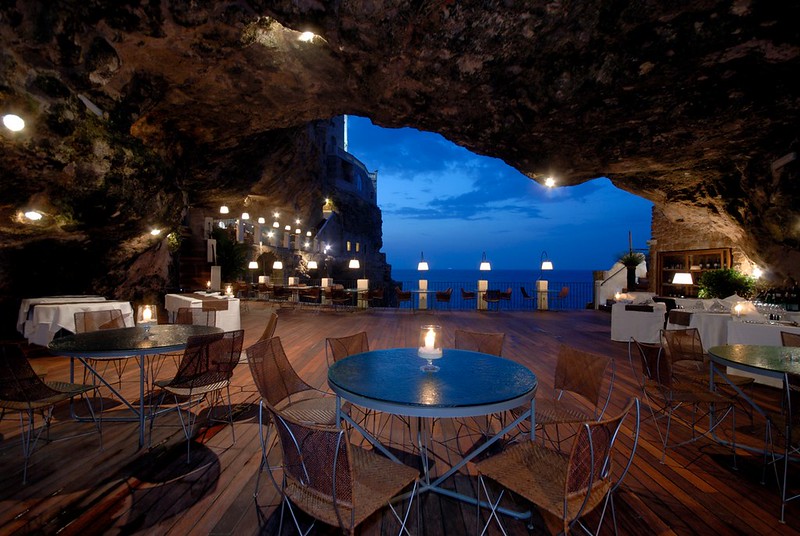 In the suggestive setting made up of narrow alleys and overhanging white houses, this unique restaurant housed inside the fascinating Grotta Palazzese (eng. Palazzese Cave), is the largest and best-known in the area. It’s accessed from the road through a narrow staircase carved directly into the rock. Inside, a large semicircular “room” of around 30 meters in diameter awaits you. In the past, it was a ballroom built by the Duke Leto of Naples, lord of Polignano, in 1730. The cave thus became a meeting place for great occasions and high society. Abandoned after the French Revolution, currently, it’s very busy during the summer months. The room inside the cave with a limestone vault directly overlooks the sea, offering breathtaking dinners in a dimly lit and surreal atmosphere.

Last year, at the World Travel Market in London, Olympo (eng. Olympus) won silver for the most beautiful panorama in the world. It is a sort of Oscar for the Vis à Vis hotel, on top of which stands the Olimpo restaurant. Never has a name been more appropriate, given the divine view it offers: on one side is the Bay of Silence (among the ten most beautiful beaches in Italy) and on the other the Bay of Fables, as Hans Christian Andersen baptized it during his stay in 1833. In the middle, a thin strip of land with the characteristic Ligurian caruggi. The huge windows frame portions of the landscape creating real paintings. A luxurious atmosphere as it has come from the past. The chef Vladimiro Ghio offers delicious dishes, such as marinated fish with exotic fruit and raspberry citronette; monkfish and tuna with clam cream; grilled shrimp with tarragon in the garden of spiced vegetables; pork fillet in black sesame and cinnamon crust with plum sauce; lamb loin on tapinanbur cream and a basket of vegetables with sweet garlic; hazelnut parfait with caramel sauce. It is indeed a place that enchants the eyes, heart, soul, and palate.

The vertigo-inducing view of the Belvedere restaurant, the pride of the Hotel Caruso (a building full of Norman arches, 18th-century frescoes, wisteria, and oleanders), defies natural laws. Poised on the cliff at 350 meters overhanging the sea, this restaurant is located exactly where the eye is lost in the blue, touching olive groves and lemon gardens. The chef Mimmo Di Raffaele pleases the palate of guests with zero kilometer flavors, such as tonnarelli with buffalo sauce and the Coast lemon pesto; pezzogna with cherry tomatoes from Corbara; Neapolitan pasticciotto with almond milk ice cream, and other delicious dishes. A challenge to the law of gravity that will give you the illusion of dining suspended between the sky and the water in front of the profile of the Lattari Mountains. And if that’s not enough, the restaurant also has a surprise: a floating table on the infinity pool when, at sunset, the border between sea and sky dissolves into a magical and evocative fairytale setting. Can you imagine that? Magnificent! 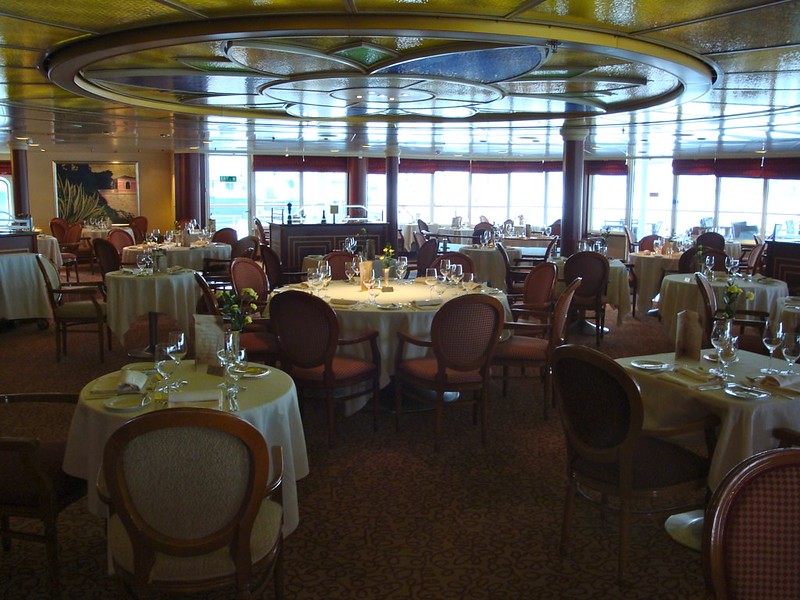 In the 50s and 60s, La Terrazza (eng. The Terrace), along with the legendary Piazzetta, was the symbol of the Dolce Vita of the Riviera. The Splendido di Portofino (eng. Portofino’s Splendid), one of the most exclusive hotels in the world, in a privileged position on the tiny bay which was made famous and romantic by Fred Buscaglione with his “I found my love in Portofino”, welcomes guests in its La Terrazza restaurant. It offers breathtaking scenery: an iridescent promontory, the Costa dei Delfini, and the entire Gulf of Tigullio that fades into the distance towards the Cinque Terre. Among vines and flowered pergolas, chef Corrado Corti, with his 22 collaborators, delights guests with classics of Ligurian cuisine and refined combinations of flavors such as artichoke salad with scampi from the Gulf flavored with thyme; red mullet stew with olive oil croutons; Ligurian style cuttlefish and chickpea zimino with rosemary scent. It is a place favored by celebrities of the past and crowned heads, still much appreciated today. Elizabeth Taylor stands out among the most loyal customers to whom the menu pays homage with her favorite dish: spaghetti with the trio of fresh San Marzano, Sorrento, and Pachino tomatoes.