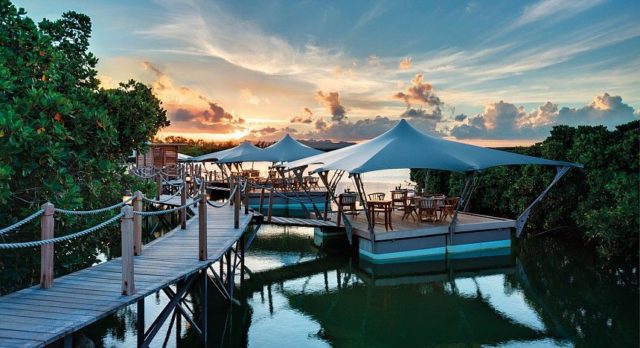 The 20 Most Beautiful and Spectacular Restaurants in the World

Whether you are traveling as a family, with small children, are in the company of friends, or you feel intrepid as a lonely traveler, going to the nearest zoo is always a great solution when you are visiting a European city and you want to take a break from the chaos of the city without going too far.

Actually, it doesn’t matter if you are an animal enthusiast or just curious, the zoo contains a world of its own within it where different natural environments seem to coexist with each other in perfect balance. Of course, we refer to zoos with a capital Z, which treat animals with the respect and care they deserve, not those that try to be like that.

In this article, you will find the list of the 10 largest and most beautiful zoos in Europe which are listed based on the technical parameters (which we consider to be of fundamental importance) and the visitors’ feedback. So, let’s get ready for a wonderful journey of discovery in nature accompanied by cunning cats, colorful birds, mischievous monkeys, and … protected species! 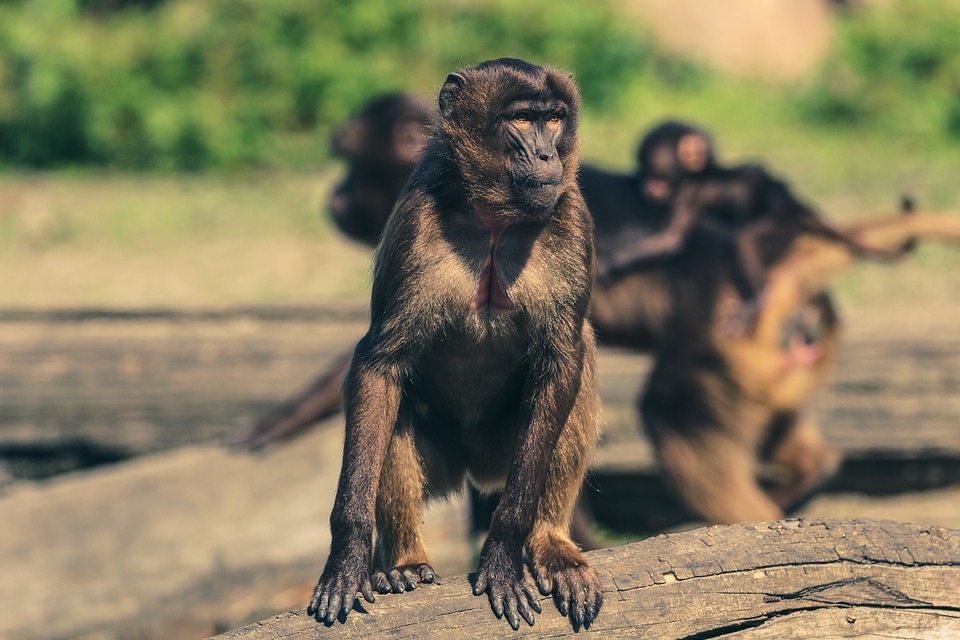 We start this ranking with the Paignton Zoo Environmental Park, located in the south of Great Britain, in the province of Devon. There, you can find a great variety of animal species divided into different areas according to their natural habitat: forest, savannah, swamp, grassland, etc. The real peculiarity of this zoo is the fact that it’s not just a traditional zoo but, but one with a very specific mission to help the conservation and maintenance of some endangered species. That’s why, in addition to offering visitors the opportunity to participate in guided tours for educational purposes, the park also promotes a more sustainable lifestyle in the eyes of the community to draw attention to the environmental emergency. 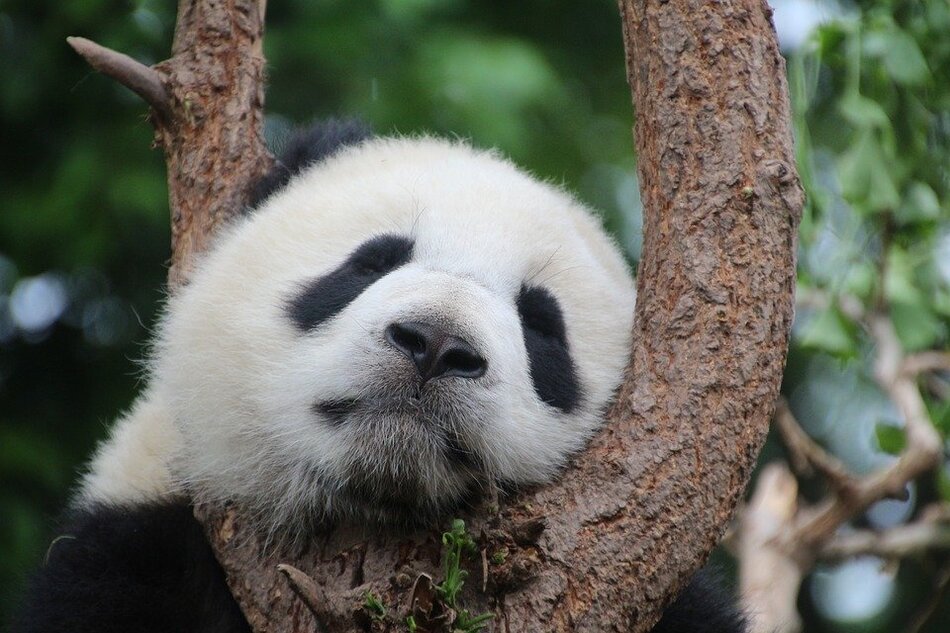 Located in the Scottish capital, Edinburgh, opened in 1913, this zoo is located just three miles from the city center, in a tranquil and silent area. It’s home to over 1000 animals, many of which belong to rare and/or endangered species or are seriously injured and unable to return to their natural habitat. Among these, there are the two wonderful specimens of Giant Panda, the only ones present in the entire Great Britain. The female, Sweetie, and the male, Sunshine, love to spend their time rolling around and eating bamboo and the infinite sweetness they transmit has always impressed, both, young and old visitors. 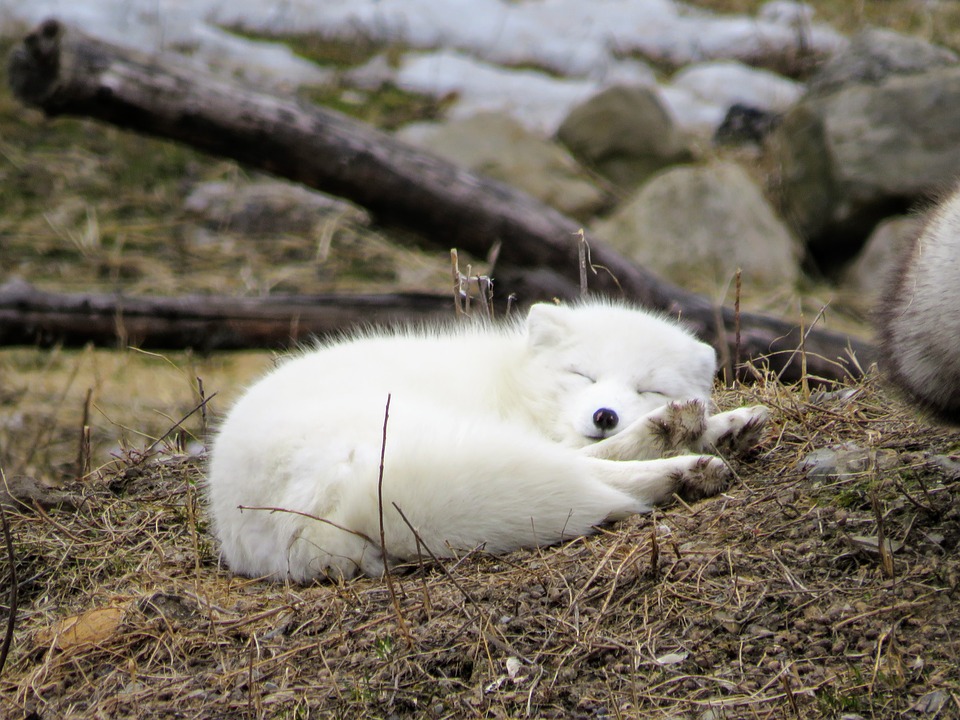 You can also admire Giant Pandas in the Zoo Parc de Beauval. It’s a panda family of three: a young couple and their baby, which was born last year in December. However, the zoo is so large and full of attractions that it would be a shame to limit yourself only to visiting the Pandas. Some of the species most loved by children are the red panda, the white tiger, the Indian rhino, the alligators, and the Californian seals with their funny poses.

Apart from their goal to allow visitors to get to know these animals up close, this zoo also tries to raise visitors’ awareness about the illegal activities on animals and plants by sharing various projects, such as that of Silent Forest – a project through which the issue of illegal trafficking of plants and animals is addressed. Unfortunately, this problem becomes more and more widespread in some areas of the world. 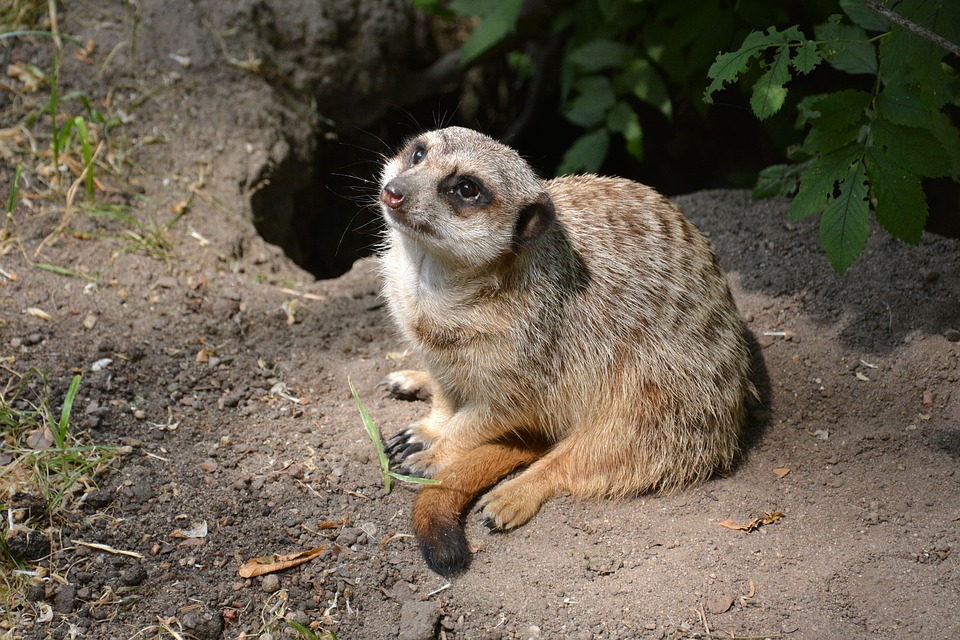 It’s the oldest zoo not only in Berlin but in the whole of Germany as well as one of the largest zoos in the world for the number of species. In 35 hectares, there are more than 17,000 animals, of 1400 species, many of which come from Asian and African areas.

One of the symbols par excellence of the zoo is the polar bear (a.k.a white bear) which with its 3 meters in length is one of the largest predators in nature (excluding aquatic animals). Inside the Zoologischer Garten, one can also visit the reptile house and the nearby aquarium, which with the huge pools of fluorescent light will make you feel part of another universe.

Note: At the zoo entrance, visitors can donate to support the park and the conservation of endangered species. 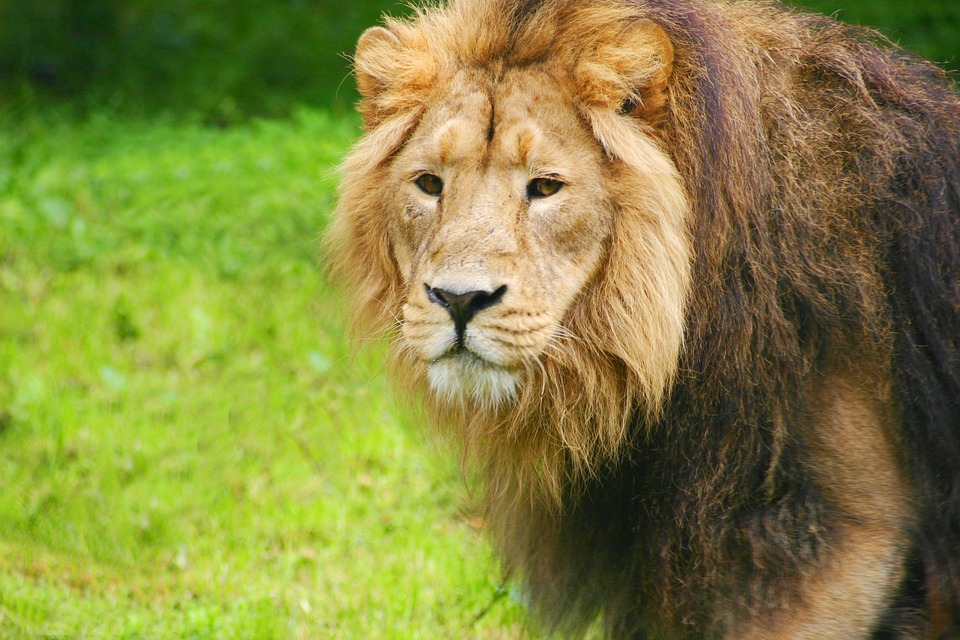 Now, we go back to England, this time to Cheshire to the 6th largest zoo in the world, Chester Zoo. Expanding on an area of 51 hectares, this zoo is open from 10 am to 4 pm and it’s home to the most diverse species, from big African cats to small Arctic penguins.

The park is very famous for its mission of environmental protection with special events, such as Breakfast with the big five of the savannah held almost every day. For those who don’t know much about the savannah, the “big five” refers to the five largest animals of the savannah: the elephant, the lion, the leopard, the buffalo, and the rhino. Apart from special events, training and education courses for kids and adults are also organized. One of the favorite events by the kids is the Junior Rangers Training Camp which is usually held on Sunday afternoon.

Speaking of events, we can’t miss mentioning the option of organizing birthdays, anniversaries, or a similar party.

The most expected moment of the year is the Lantern Festival, which takes place from November 23 to December 23. During this festival, the zoo is decorated with lanterns resembling wild animals and Christmas scenes are specially created. It’s a unique spectacle. which always pleases visitors of all ages. 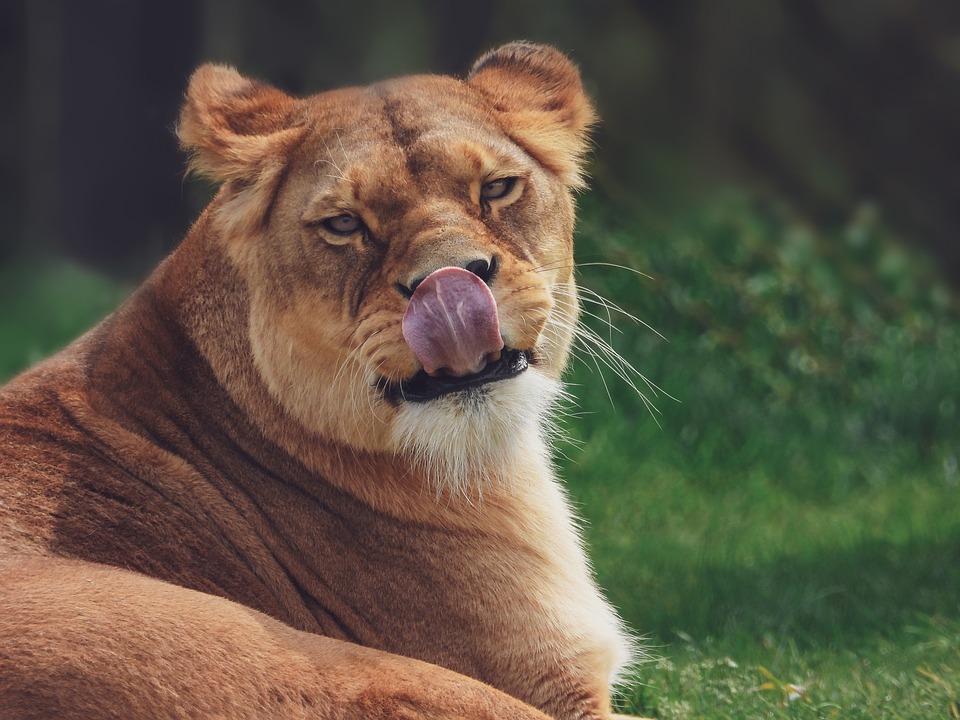 Area: 55 hectares
Location: Cambron-Casteau, Belgium
Number of animals: about 5000
Number of species: over 350

In the heart of the Cambron-Casteau Abbey, the Pairi Daiza Zoo (formerly called Zoo Paradisio ) offers an unforgettable experience for the whole family. Among the over 5000 animals, there are the panther, the Siberian tiger, the giraffe, as well as two mascots of the park, the two giant pandas: Hao Hao and Xing Hui.

Apart from the animals, this zoo is also worth visiting because of its incredible variety of different thematic environments including aviaries, tropical greenhouses, an educational farm for the little ones, 8 hectares dedicated to the savannah, as well as a well-stocked aquarium, the Nautilus. Moreover, there are the largest Chinese garden, the largest Indonesian garden, and the largest aviary – the things the Pairi Daiza Zoo holds records for. 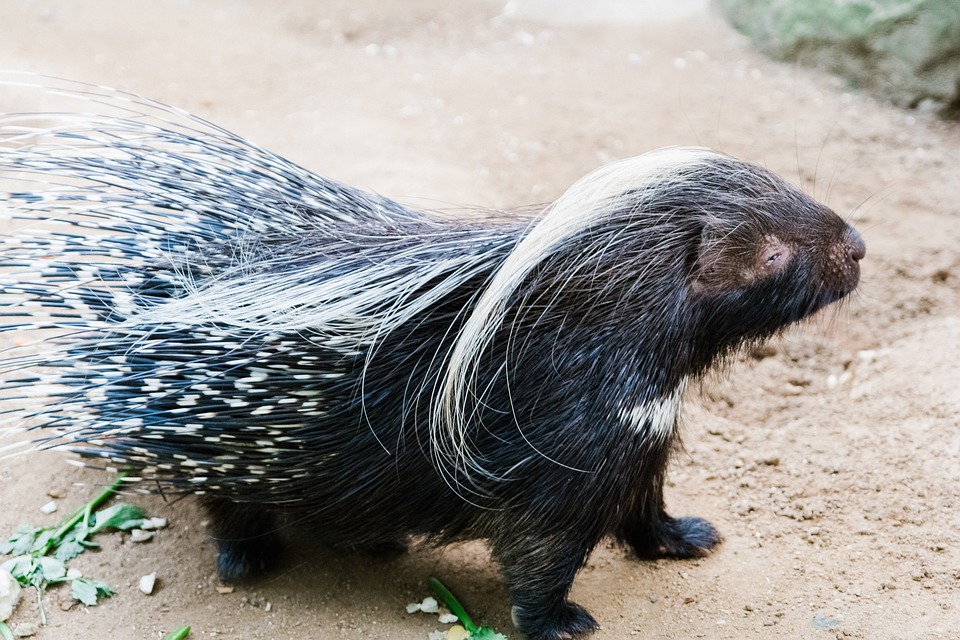 In Prague, not far from the Troja castle, the city’s zoo, which houses 133 endangered species, is located. Since its opening in 1931, the Prague Zoo has always pursued the goal of preserving endangered species with commitment and perseverance from all staff members, something we are trying to achieve with continuous development, zoological research, commitment to nature protection, and, most of all, by educating the public about animal life. It is not surprising that the first polar bear was born here in 1942 thanks to artificial insemination followed by the first gorilla, which was born in 2004. 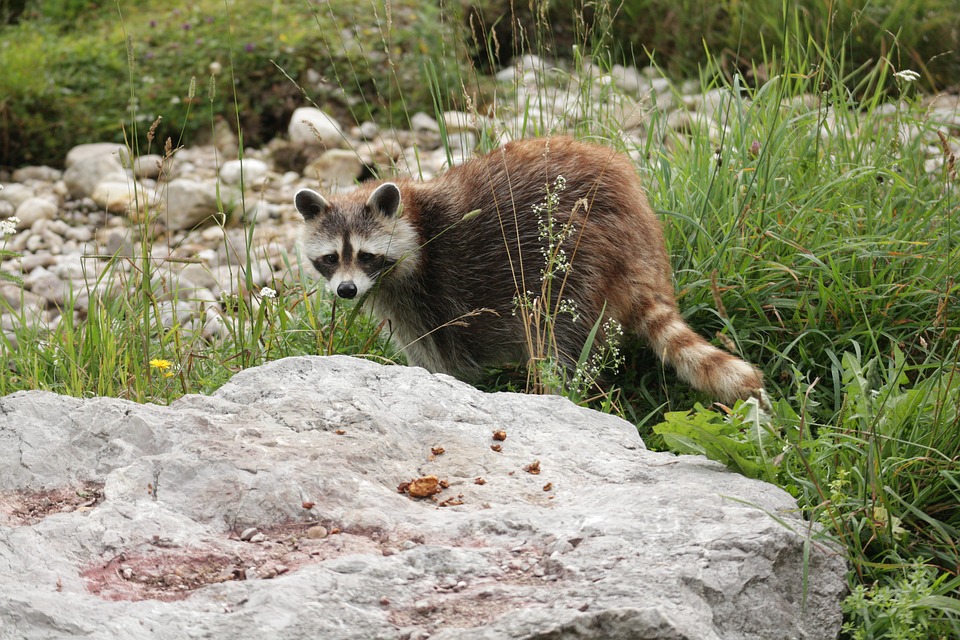 Berlin is home to another of the largest zoos in Europe, the Tierpark Berlin, which together with the Zoologischer Garten are the two zoological parks located in the German capital and are very famous all over the world. The zoo is located in the Friedrichsfelde district and contains over 9000 animals, many of which come from exotic countries. Due to its numerous play areas (such as the Petting zoo, where you can pet the farm animals) and the free train that allows you to explore every corner of the park, the Tierpark Berlin is a pleasant place for a family outing as well as a place for relaxing outdoors while being in the city. 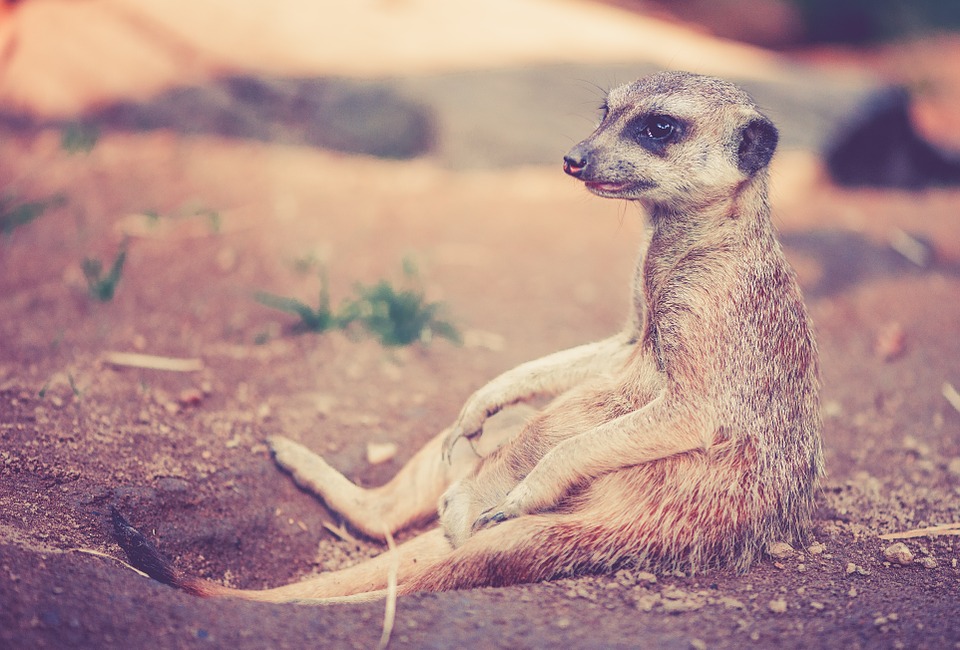 The Port Lympne Wild Animal Park is located in England, in the Hyte town, and was built by the architect Sir Herbert Baker during World War II. Given its extension (about 240 hectares), it may be surprising that the park contains only 700 animals of 90 species. But, there is a more than credible explanation. Namely, inside the area it’s possible to go on safaris following organized routes, admiring the animals in freedom in their environment. Among these, you will have the chance to look closely at some very rare species, such as the black rhino, which has very few specimens in the world.

Another reason is the area called Dinosaur Forest, where visitors can explore the “world” of dinosaurs that once populated our planet on foot. There are dinosaur reproductions at a natural height that are quite realistic, and, next to them, are placed some exhibition panels that will allow visitors to discover more about the prehistoric world. But, if you are looking for an even more realistic experience, you can download the free park app from the Apple Store to enjoy a virtual reality experience. 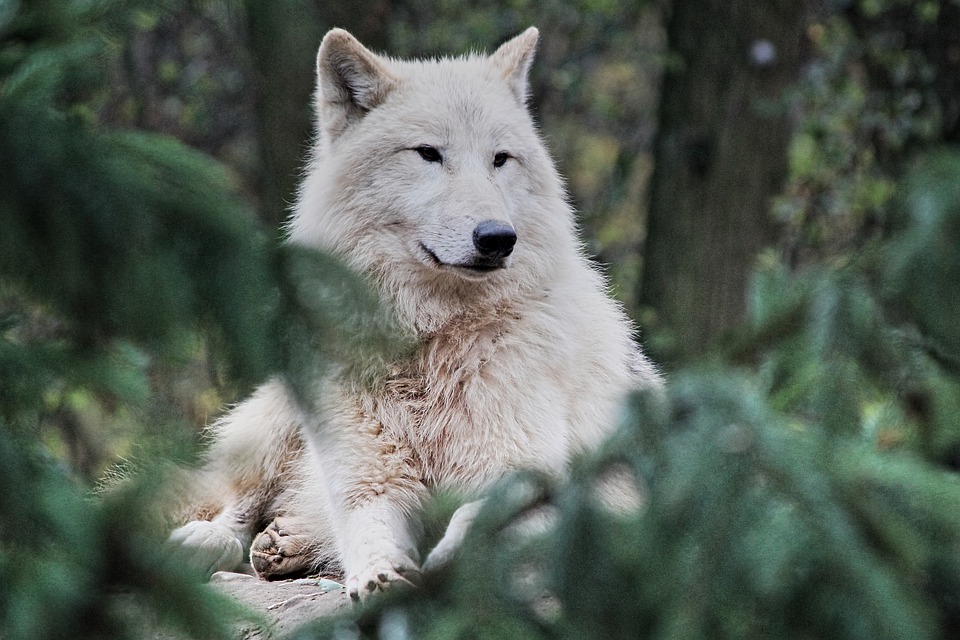 In the first place, we find ZSL Whipsnade Zoo which belongs to the ZSL Society – an association focused on the worldwide protection of animals and their natural habitat. Recognizable from a few kilometers away by the silhouette of a large white lion that dominates one of the hills of the park, the ZSL Whipsnade Zoo has recreated very special environments such as the Butterfly House, which is open since 2016 and is already very popular with visitors, as well as the Sea Lion Pool, the Passage through Asia, which can be accessed onboard your car (or the Jumbo Express), the Cheetah Rock, etc.

Some of the shows that visitors can enjoy every day is the sea lion show or the colorful Birds of the world show, near the aviary area. Also, they can participate in photography workshops (for adults) and the Junior Zoo Academy (for the little ones).