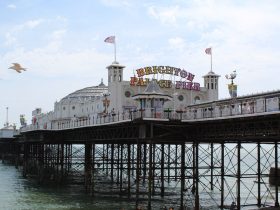 In the west of Britain, a nation is whispering its secrets. From the mountains to the sea, discover the 15 most beautiful places to visit in Wales.

A land of castles and valleys, Wales is a paradise for lovers of majestic landscapes. It is true that the region has many surprises in store for travelers in search of emotions and sensations. Unveil the mysteries of Wales by visiting seaside villages, green parks, and grandiose monuments. Along the way, encounters with history and friendly locals mingle with your excursions into the wilderness. Your Celtic epic begins now.

Take a seat onboard and be told about the 15 most beautiful places to visit in Wales! The list is not exhaustive, as the region abounds in wonders. 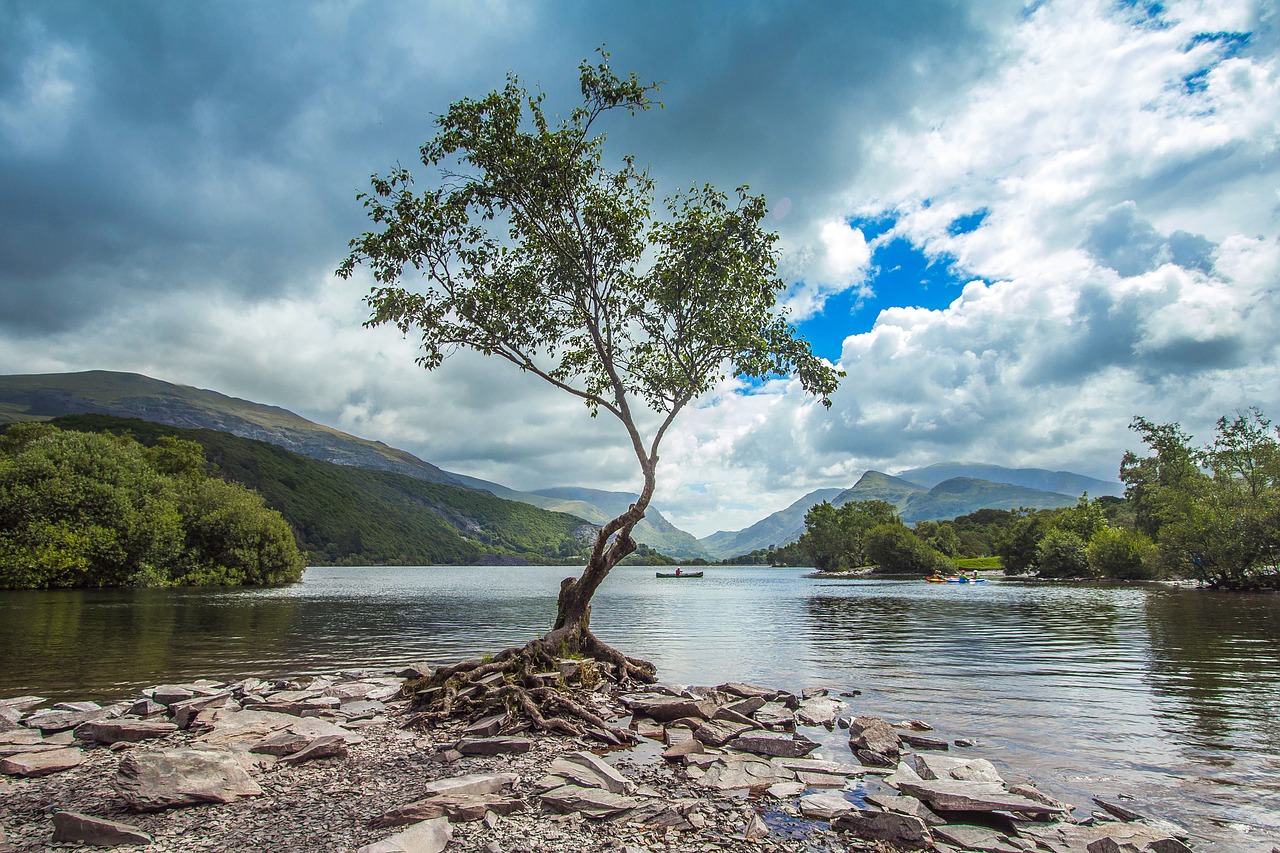 Welcome to the largest park in Wales. Take a breath of fresh air in this setting of lakes, ridges and beaches. These poetic landscapes are an invitation to daydream, to escape the mind. On your journey, a host of activities invite you to explore the park in a more intimate way. 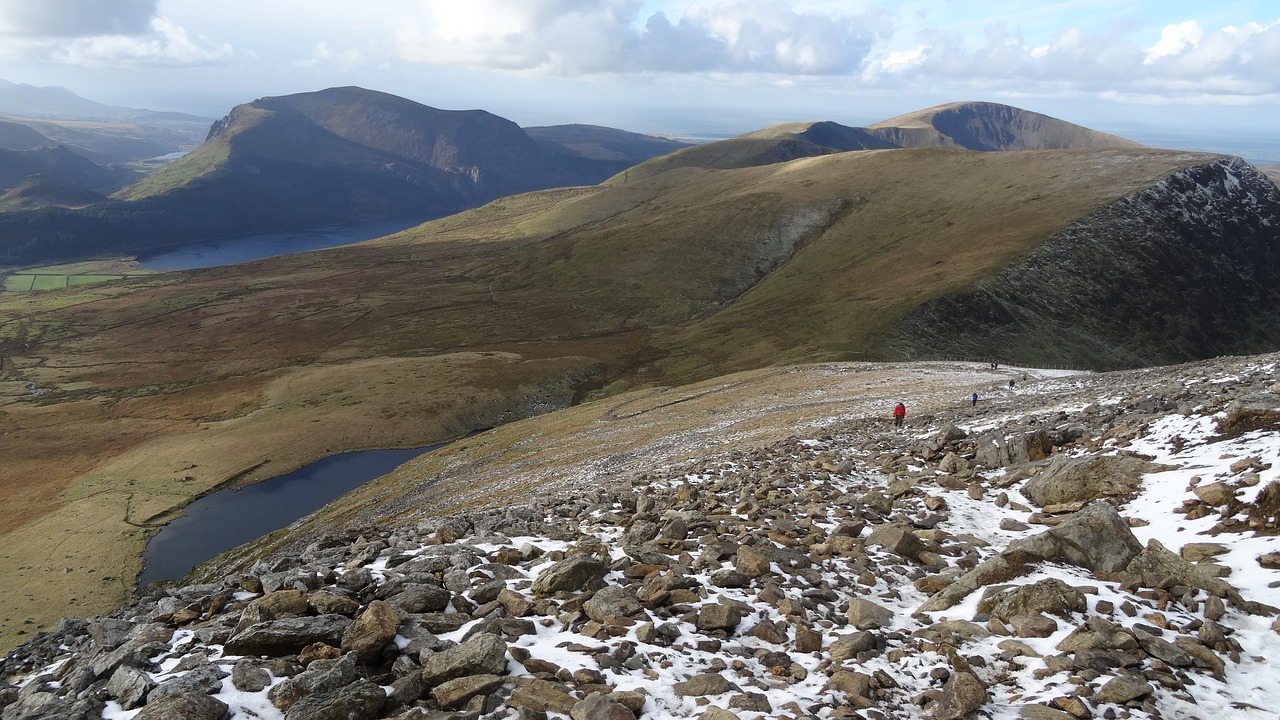 At 1,085 meters, Mount Snowdon is the highest peak in England and is a must-see in Wales. To reach its summit, several trails are marked out. If you are not in the mood for sport, a small train will take you to your destination. Whichever option you choose, you will be rewarded with a breathtaking view not only on arrival but also along the way. 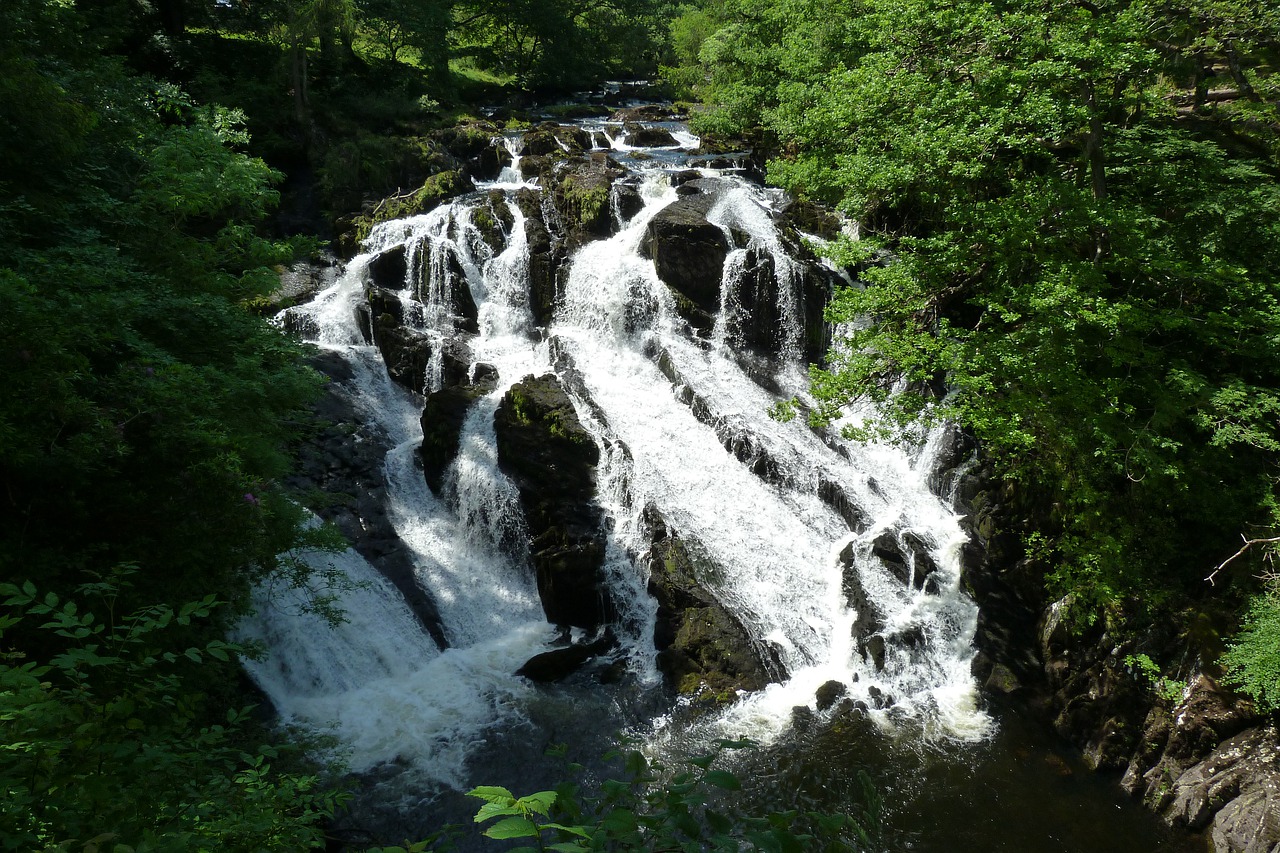 Can you hear the water splashing? Magic emanates from the Welsh forest of Gwydir through the Swallow Falls. Visiting Wales without its fairytale touch is unimaginable. And this natural setting bathed by a succession of waterfalls could be the home of legendary creatures. Succumb to this almost supernatural ride.

Descend into the bowels of Llechwedd 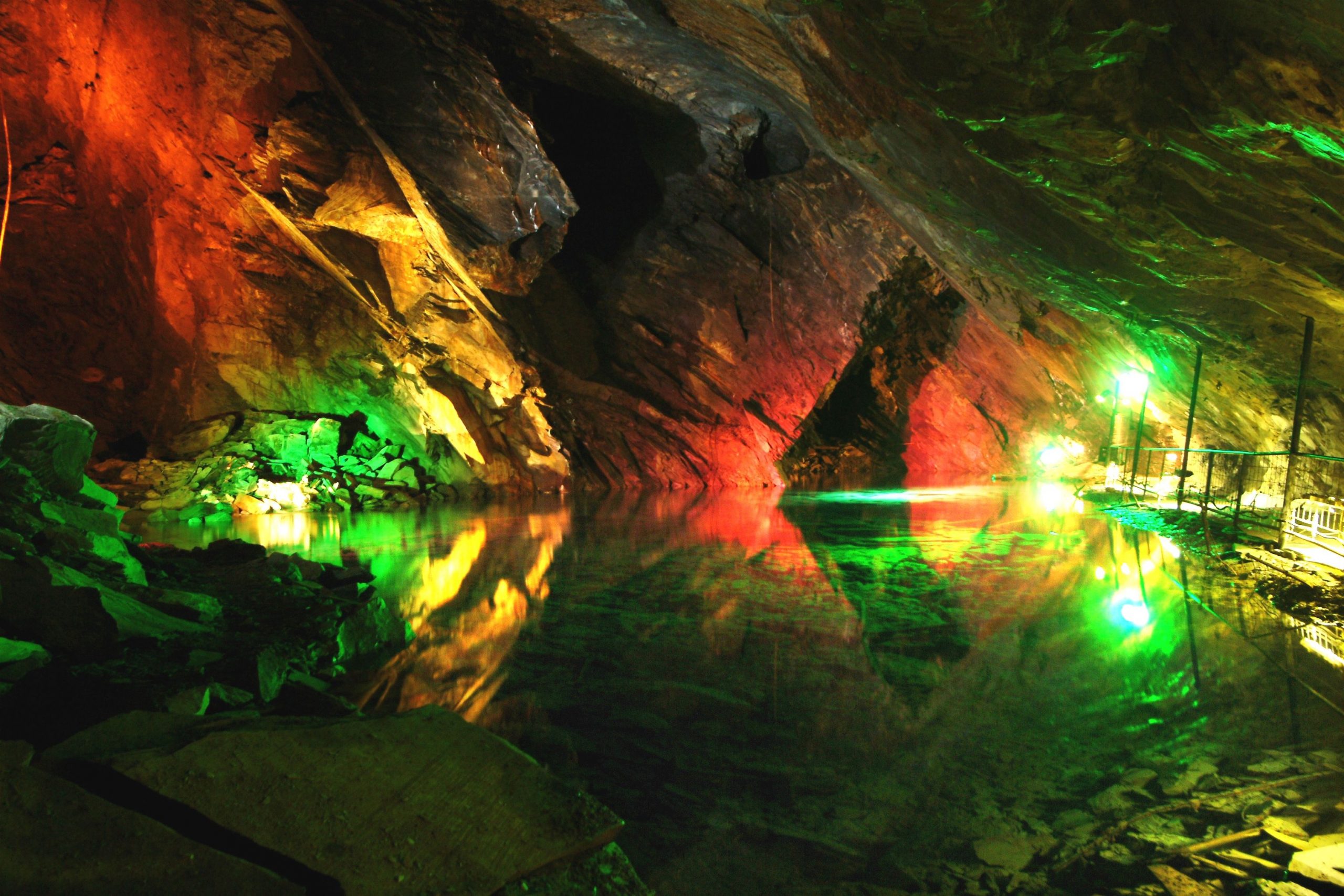 Credit: Llechwedd
The depths of the earth are calling you for an unforgettable moment. The slate mines of Llechwedd are one of Snowdonia’s top attractions. Immerse yourself in their darkness by boarding a cable car. After a few minutes of travel, colossal caverns and tunnels emerge, set off by modern lighting effects. 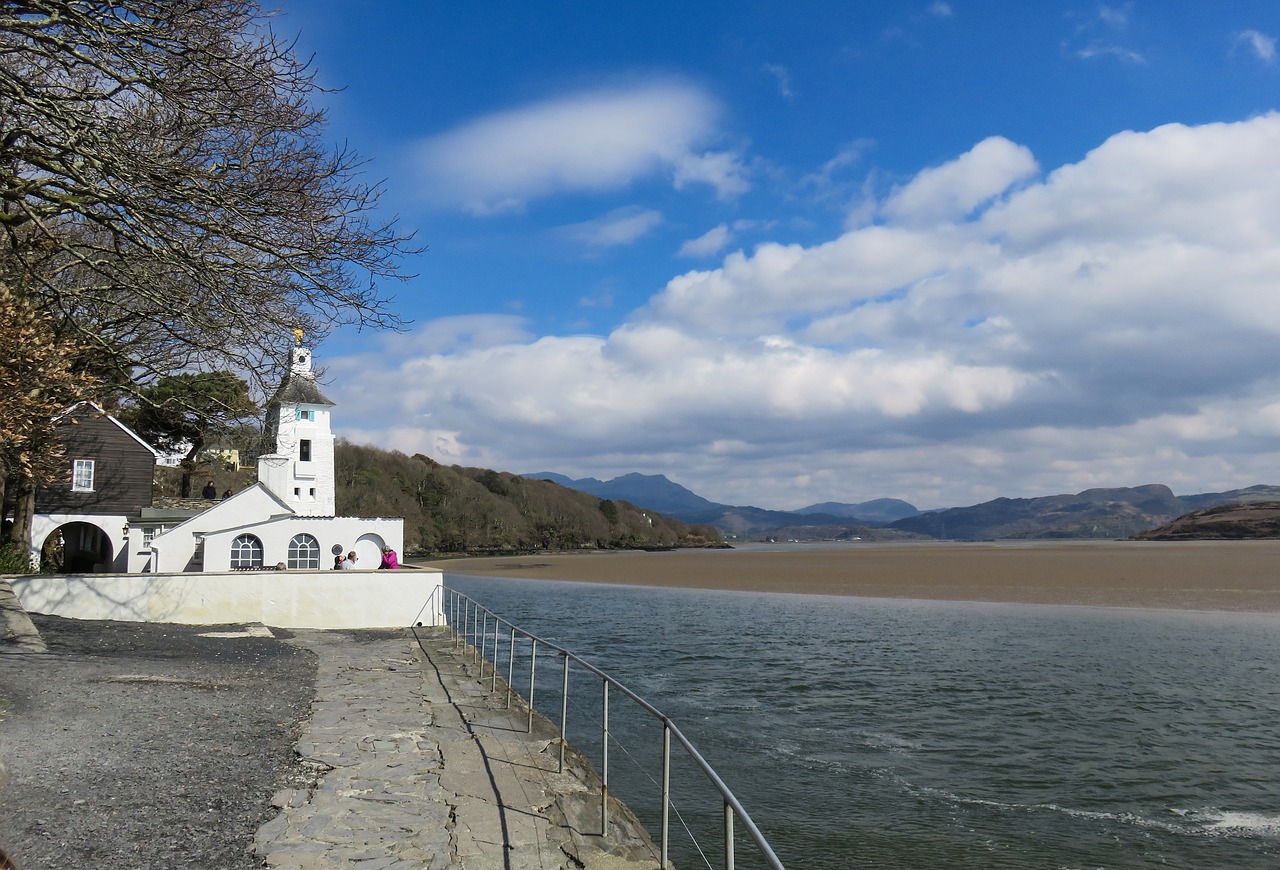 Visiting Wales is often synonymous with astonishment. You’ll experience this in the heart of Snowdonia Park, where the surprising village of Portmeirion is located. Venture into the almost supernatural architectural madness of Sir Clough Williams-Ellis. Built between 1925 and 1978, Portmeirion offers you a stroll at the foot of its cottages, palaces, and gardens of Italian influence. You can sit down at one of the cafés and restaurants or book a hotel room for a night in this most unusual place. 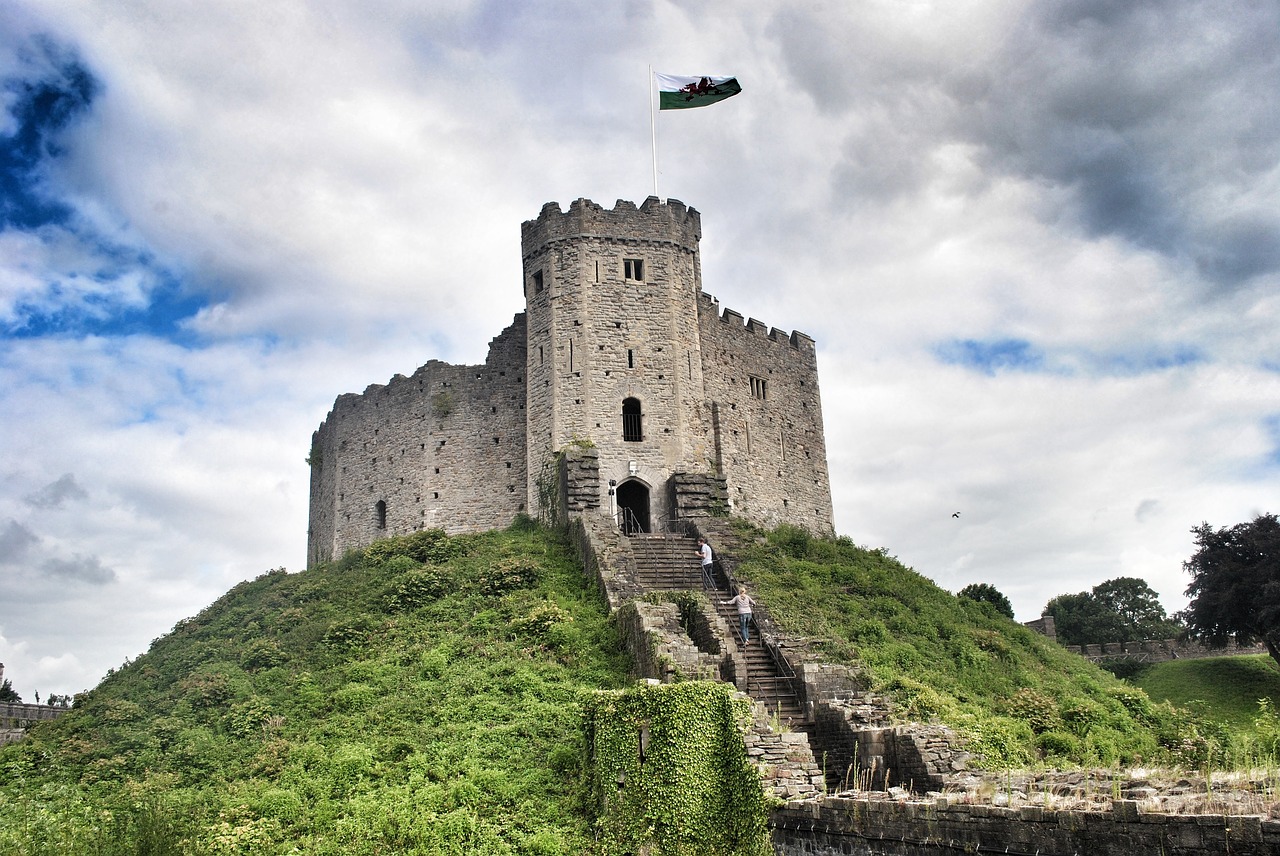 The capital of Wales sounds like an obvious stop on your British trip. Cardiff is full of remarkable sites that it would be a shame to miss. Museums, a bay, and a sports stadium will delight more than one traveler.

Let’s also mention its famous castle! Since Roman times, it has undergone many changes over the ages. Yet the contrasts create a heritage jewel. Sometimes austere, sometimes exuberant, the castle likes to impress its spectators who come to visit Wales. 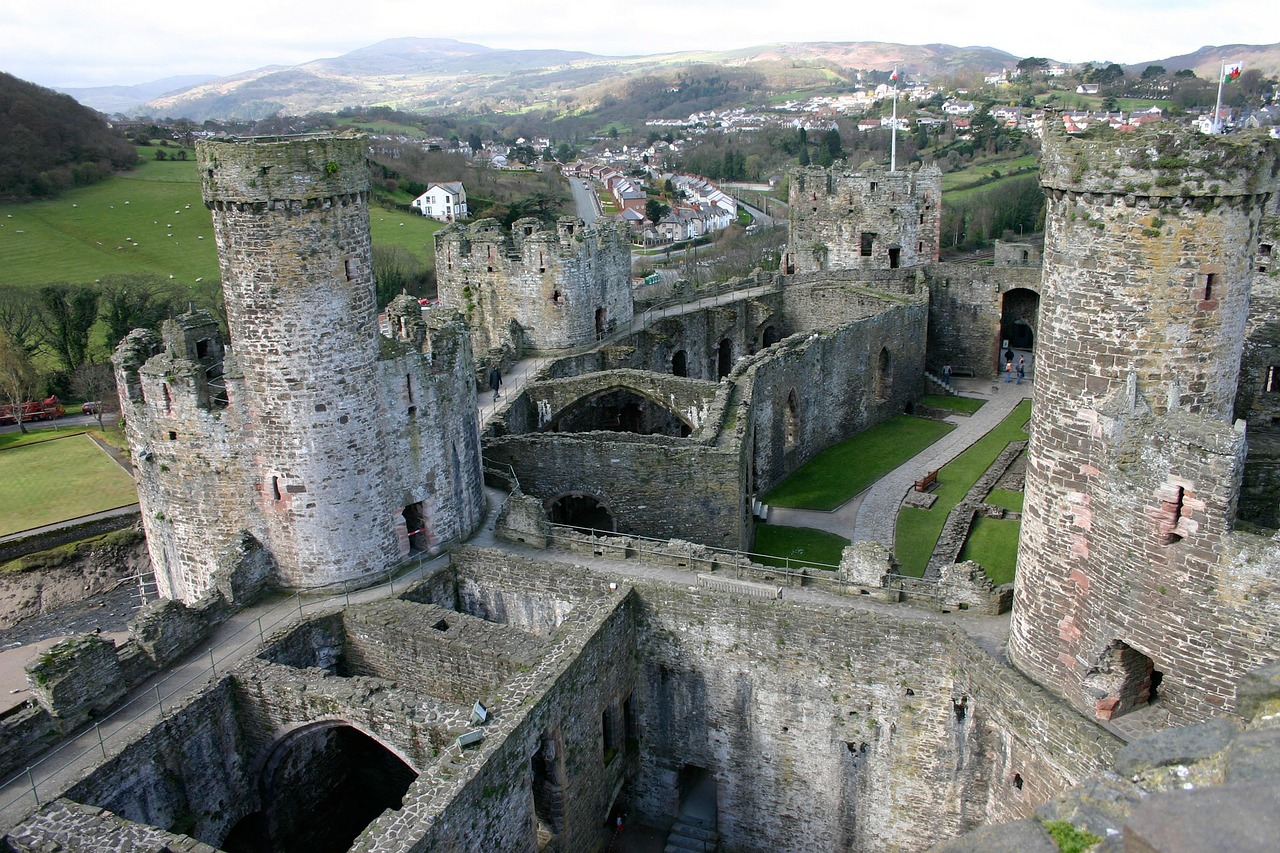 Set out to conquer one of the busiest castles in the region, the castle of Conwy. The two monumental bridges at the foot of the fort are an introduction to the height of military construction. With its eight towers and crenelated wall, the building stands proudly on the banks of the Conwy River. The structure is undeniably a defensive asset. Built between 1283 and 1289 at the request of King Edward I, the castle nowadays invites you to discover a spectacular view. From its ramparts, you can see, among other things, Mount Snowdon. 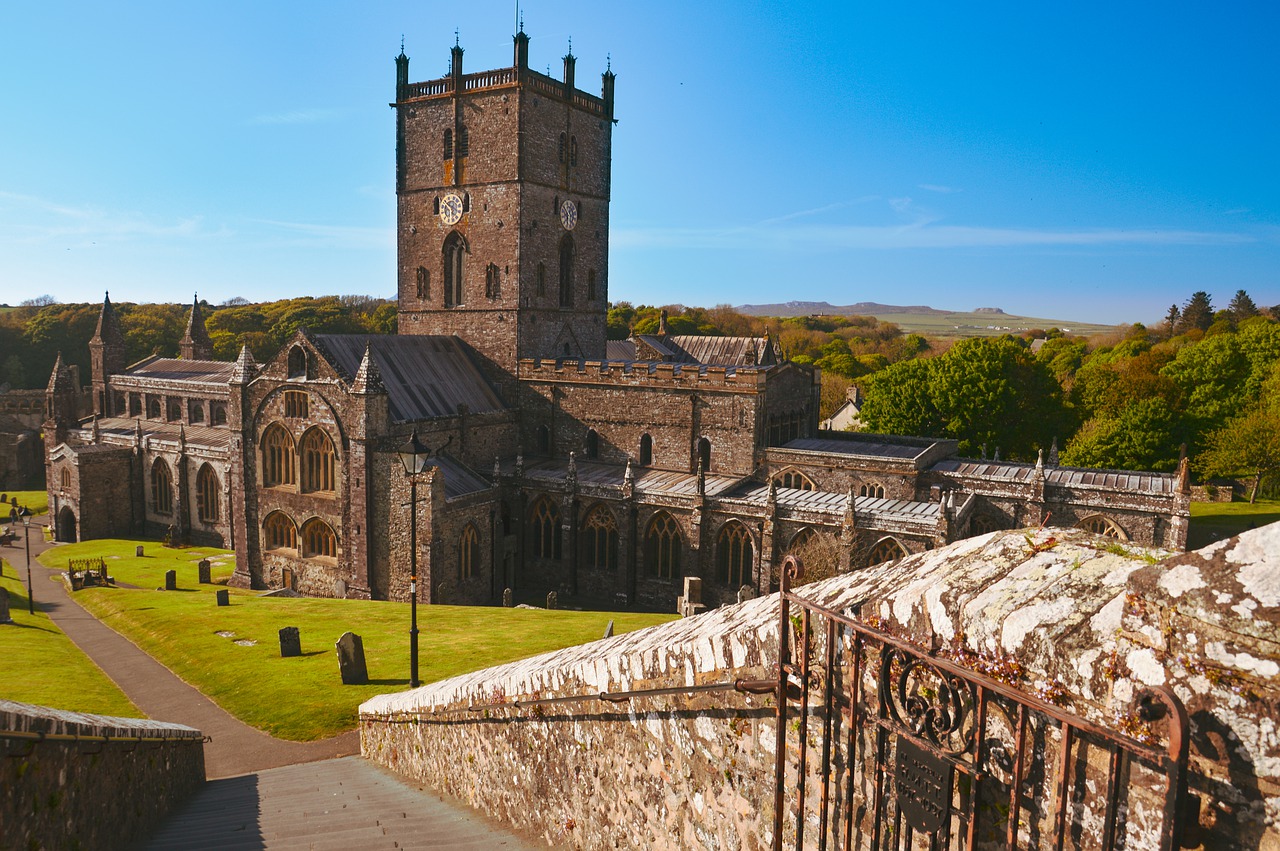 Make a detour to St David’s Cathedral, the oldest cathedral to visit in Wales. Built-in the 12th-13th centuries, it pays homage to St David, the patron saint of the Welsh people. The building perfectly reflects the Anglican style of the time with its square bell tower. Enter the cathedral for a moment of ecstasy. The oak ceiling has undergone remarkable work.

A small treasure just a few steps from the monument, the ruins of an episcopal palace. You can extend your discovery of religious architecture at Gloucester Cathedral, which is just as sumptuous.

Credit: Pembrokeshire
Let’s continue our tour of parks to visit in Wales with a visit to Pembrokeshire. Here, steep cliffs follow golden beaches. To see them up close, take the hiking trails. They cover almost 300 km!

On one side, the Irish Sea caresses the shore, on the other side, the green hills reveal menhirs and chapels. Keep your eyes open, dolphins and seals can sometimes be spotted. And don’t forget to make a stopover in Tenby, a small port with colorful houses. 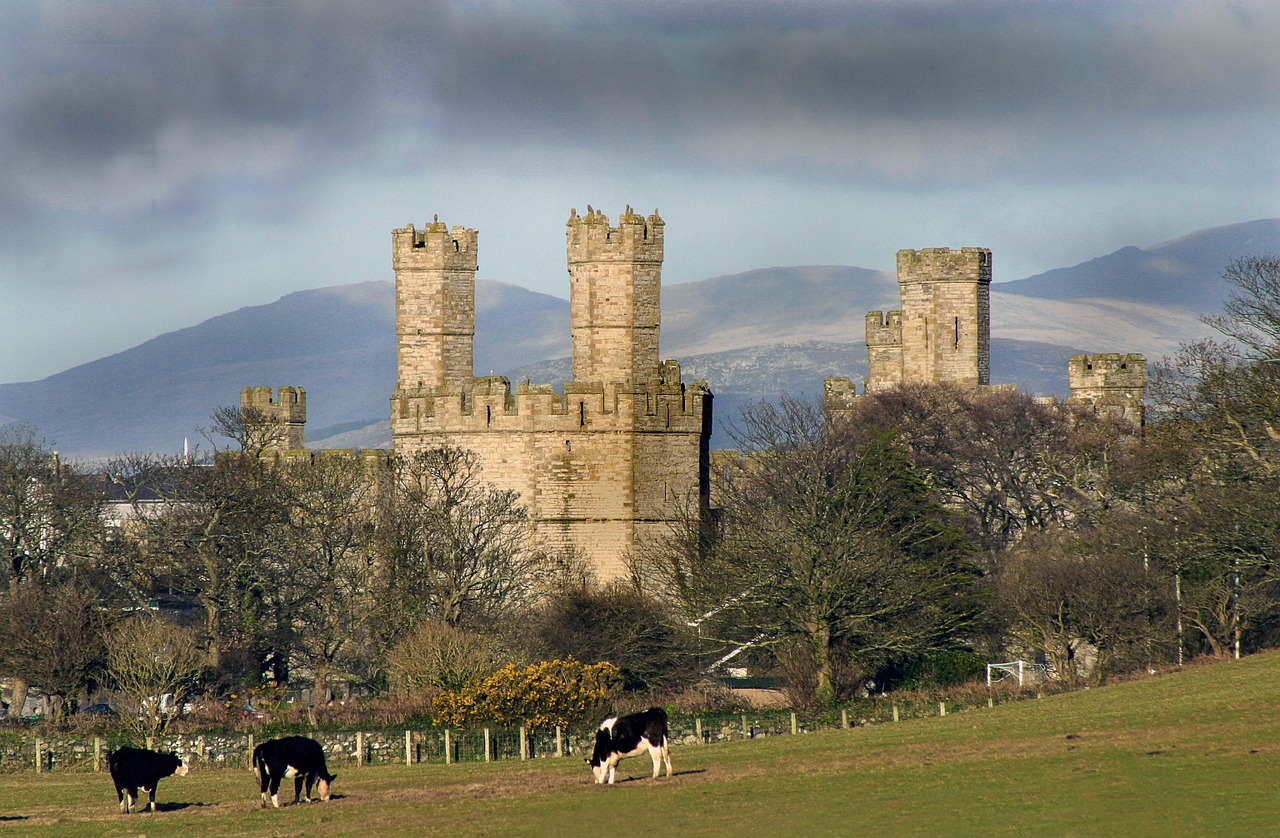 We didn’t hide it from you, the castles to visit in Wales are flourishing. Also commissioned by King Edward I, Caernarfon Castle is one of the largest medieval buildings in Europe. Its massive appearance shows its defensive vocation, as does Conwy Castle. Venture into the many towers, the ramparts, and every nook and cranny of the building. It amply deserves its Unesco classification. 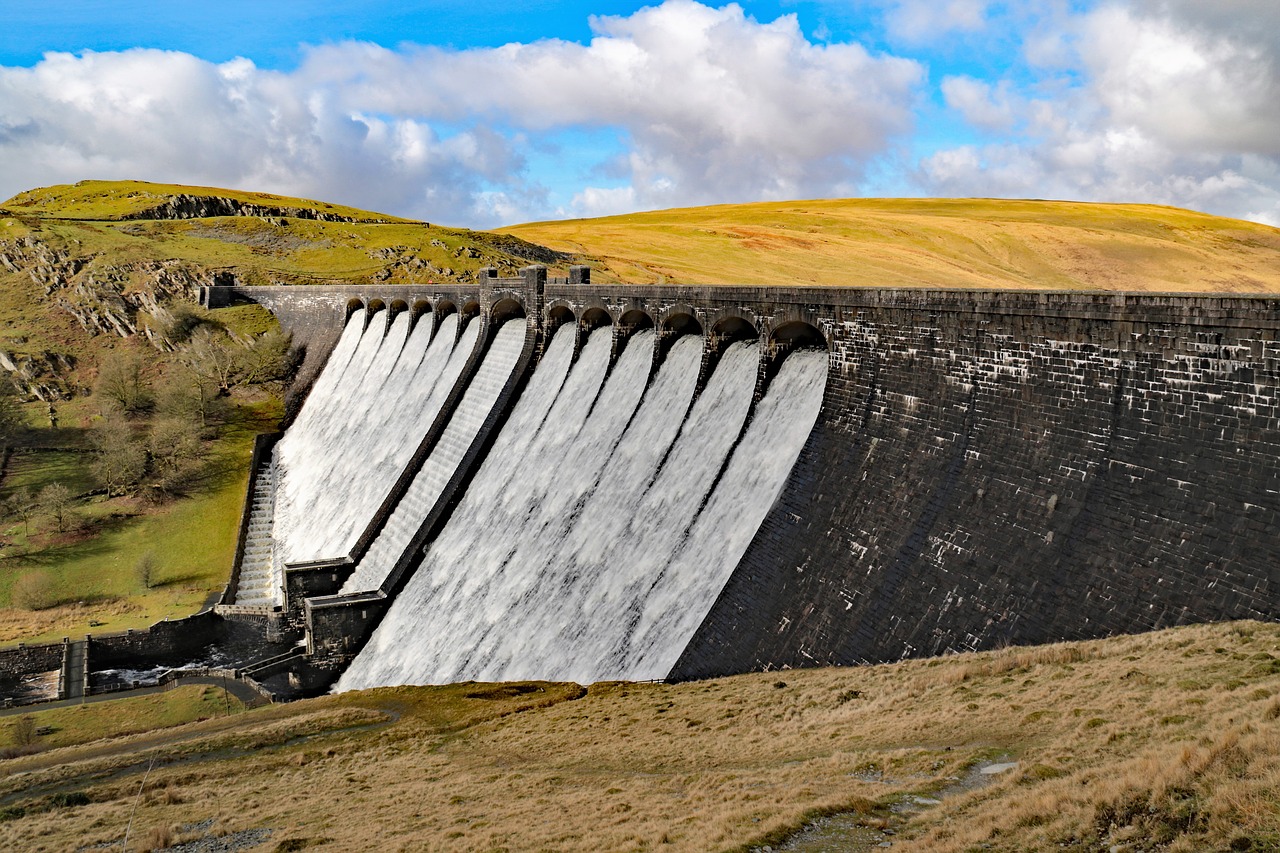 To visit Wales in all its facets, we advise you to follow the Tank Route. It winds its way through the Elan Valley, with its artificial lakes. These provided water to Birmingham, located more than 100 km away. Surrounded by hills, the lakes are filled with water thanks to dams. Stop for a moment to contemplate these breathtaking landscapes. The Craig Coch Dam is one of the most beautiful illustrations. 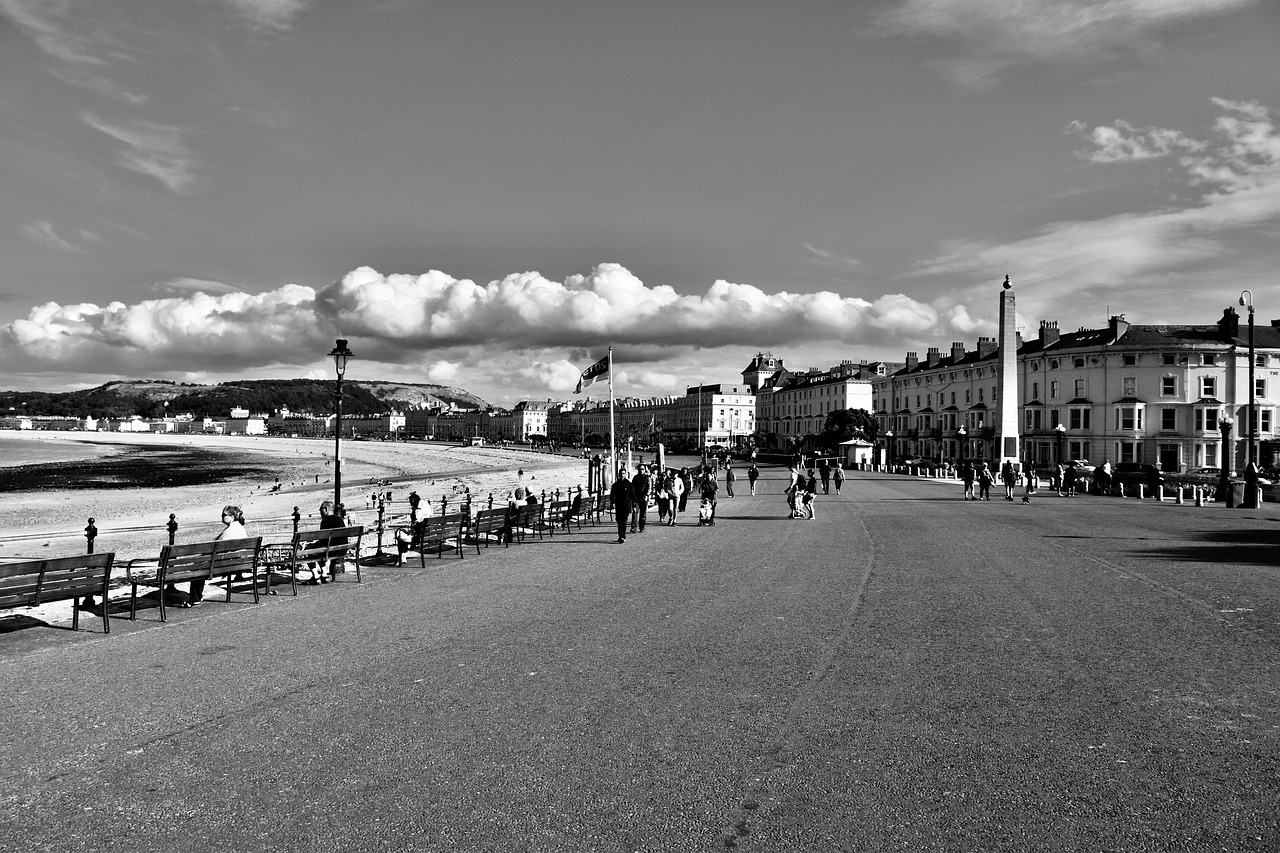 Llandudno is the most popular seaside resort in the region. It is best known for its long and beautiful pier at the end of which games have been installed. Victorian houses and the seafront contribute to the beauty of the area. This stopover is a popular destination in summer. However, some may prefer Aberystwyth, nicknamed “the Biarritz of Wales”. 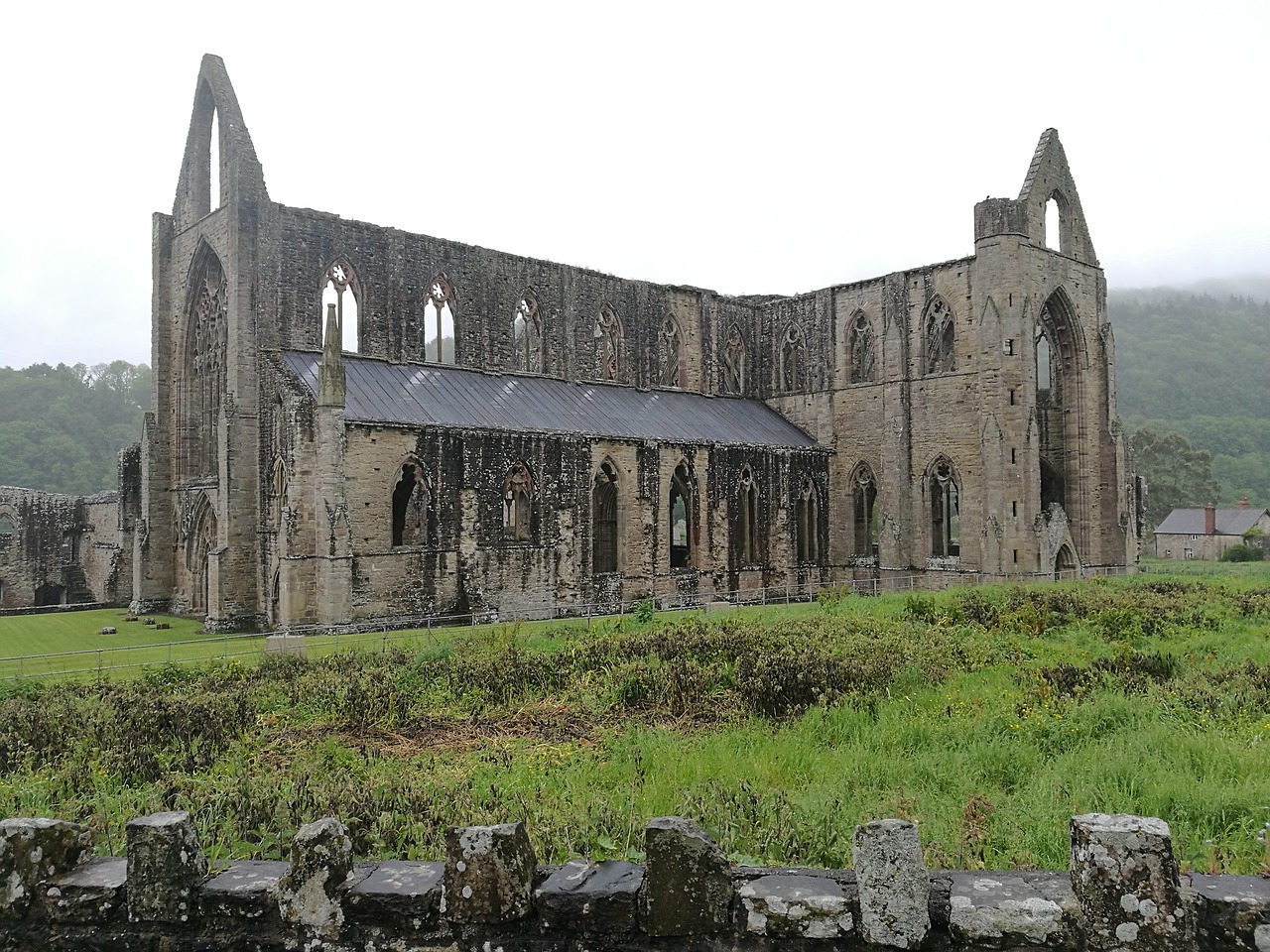 Romantic souls will not resist the discovery of Tintern Abbey. This Cistercian masterpiece of the 12th-13th century is now in ruins. Stroll within its walls. The sun’s rays can be seen through the naves and arches that are still standing. This gives the place a divine atmosphere. The abbey has inspired many artists, such as the painter William Turner. 50 km away, the priory of Llanthony is just as charming. 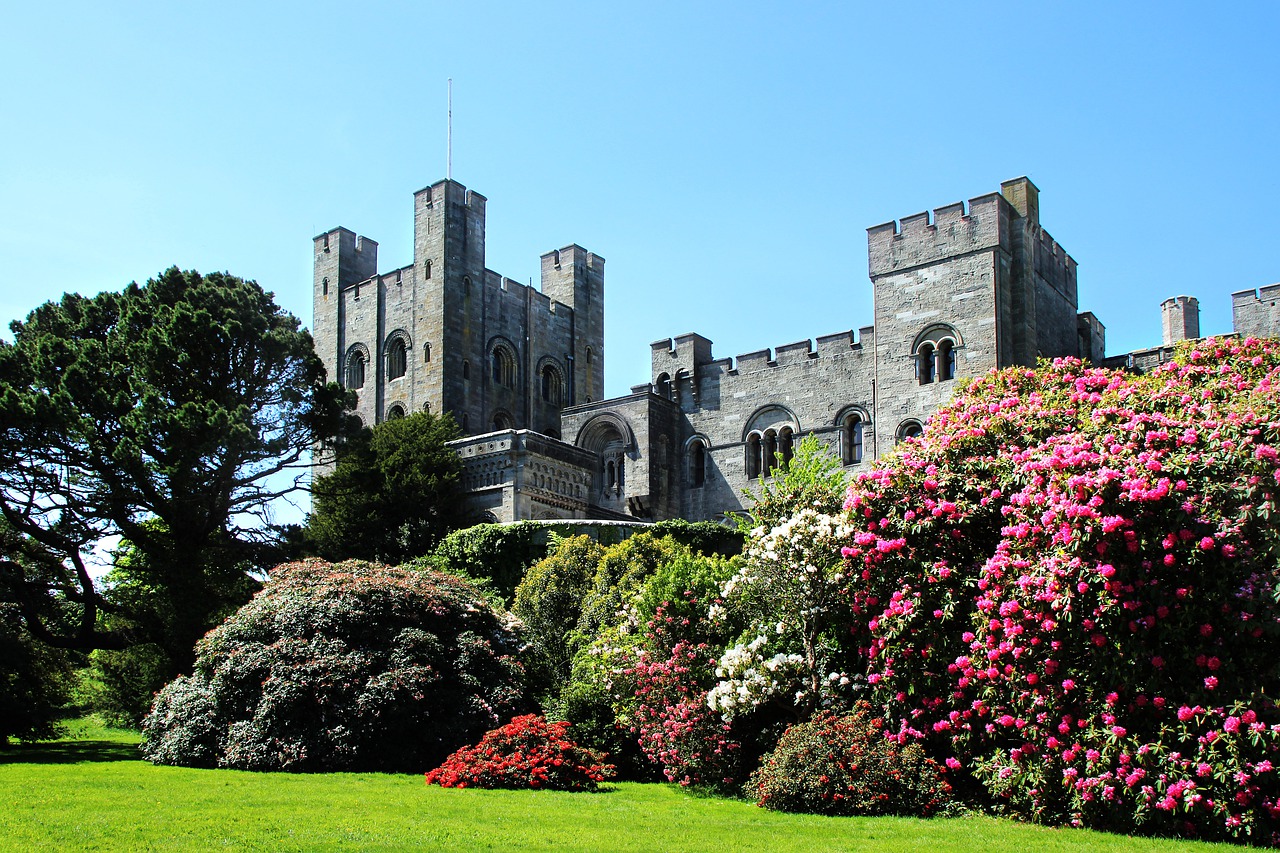 A medieval castle? Nay! The building was only built in the years 1820-1830 on behalf of Georges Hay Dawkins-Pennant. This rich heir of slate quarries wanted to equip his new home with no less than 300 rooms. Luxurious and elegant, the castle is a most pleasant excursion. To be visited in Wales without waiting. 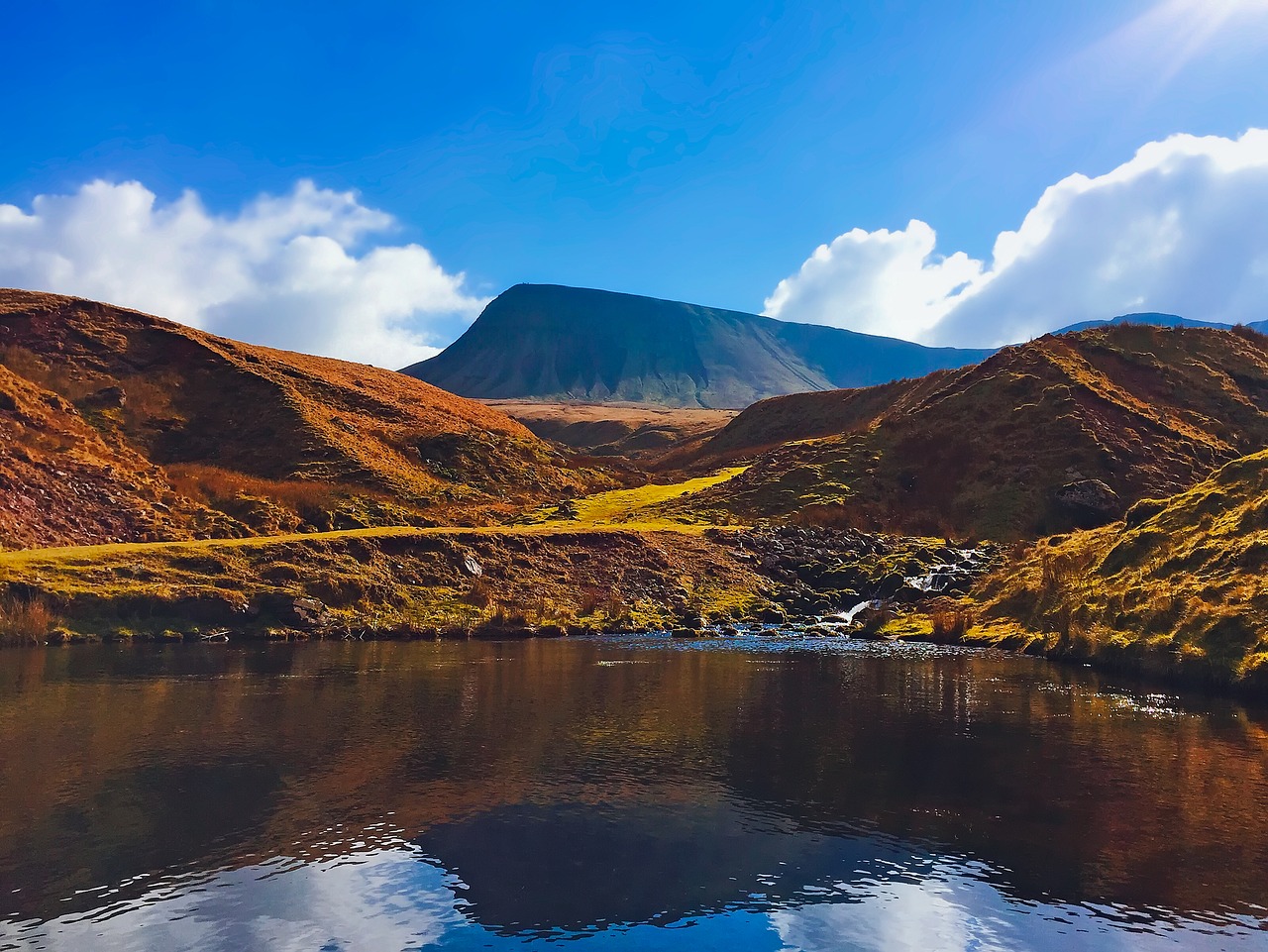 One of the most beautiful places is nestled in South Wales! With its 1,350 km², the park brings together a variety of spectacular landscapes. High mountains, waterfalls, and prehistoric remains meet at the bend in the road. Surrounded by heather, they lead you to exceptional viewpoints. Small villages, such as Hay-on-Wye, also dot the Brecon Beacons. 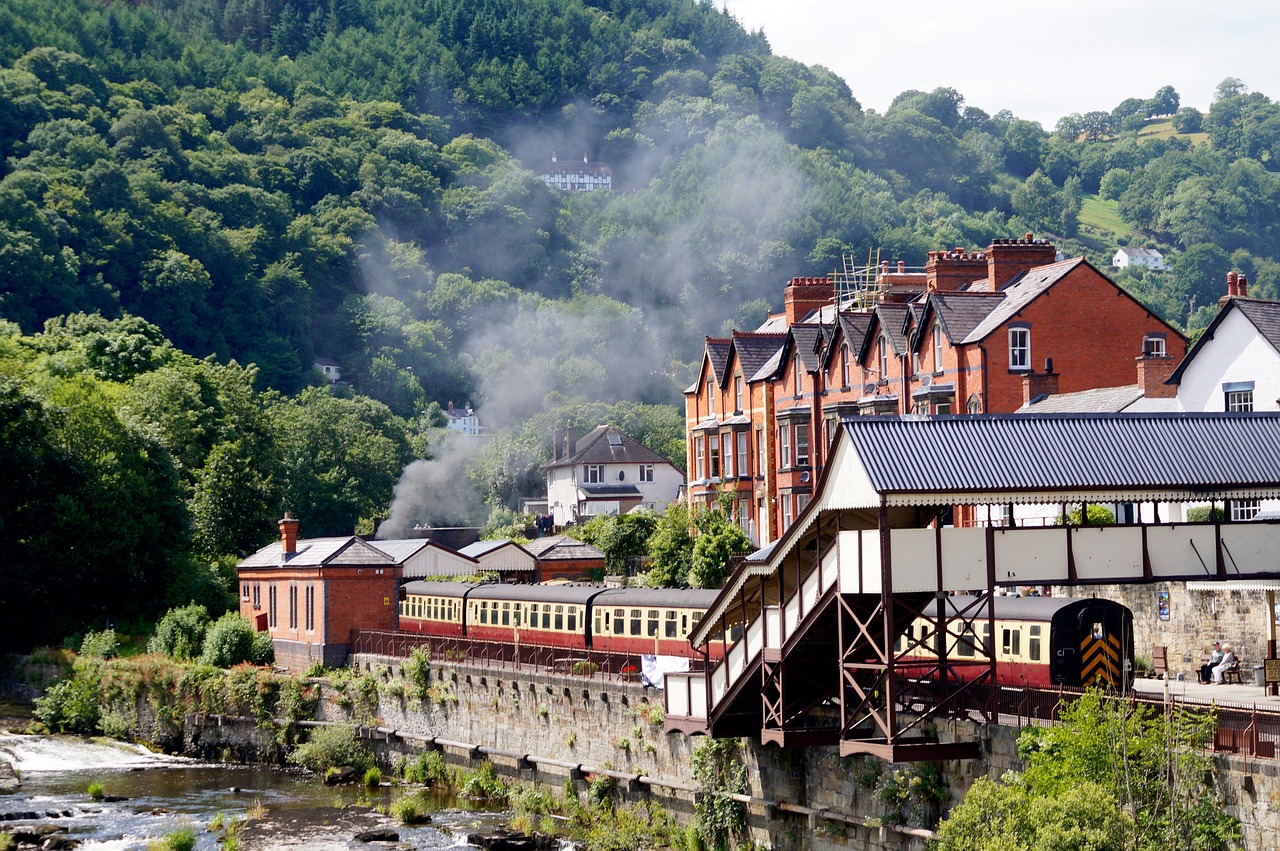 Llangollen has the air of a peaceful little town lulled by the gentle song of the River Dee. The best way to explore Llangollen is a boat trip on the canal. You’ll pass brick houses with flowery gardens and sail along the Pontcysyllte, a canal bridge perched on monumental pillars. Nearby, the castell Dinas Brân reveals its ruins overlooking Llangollen. 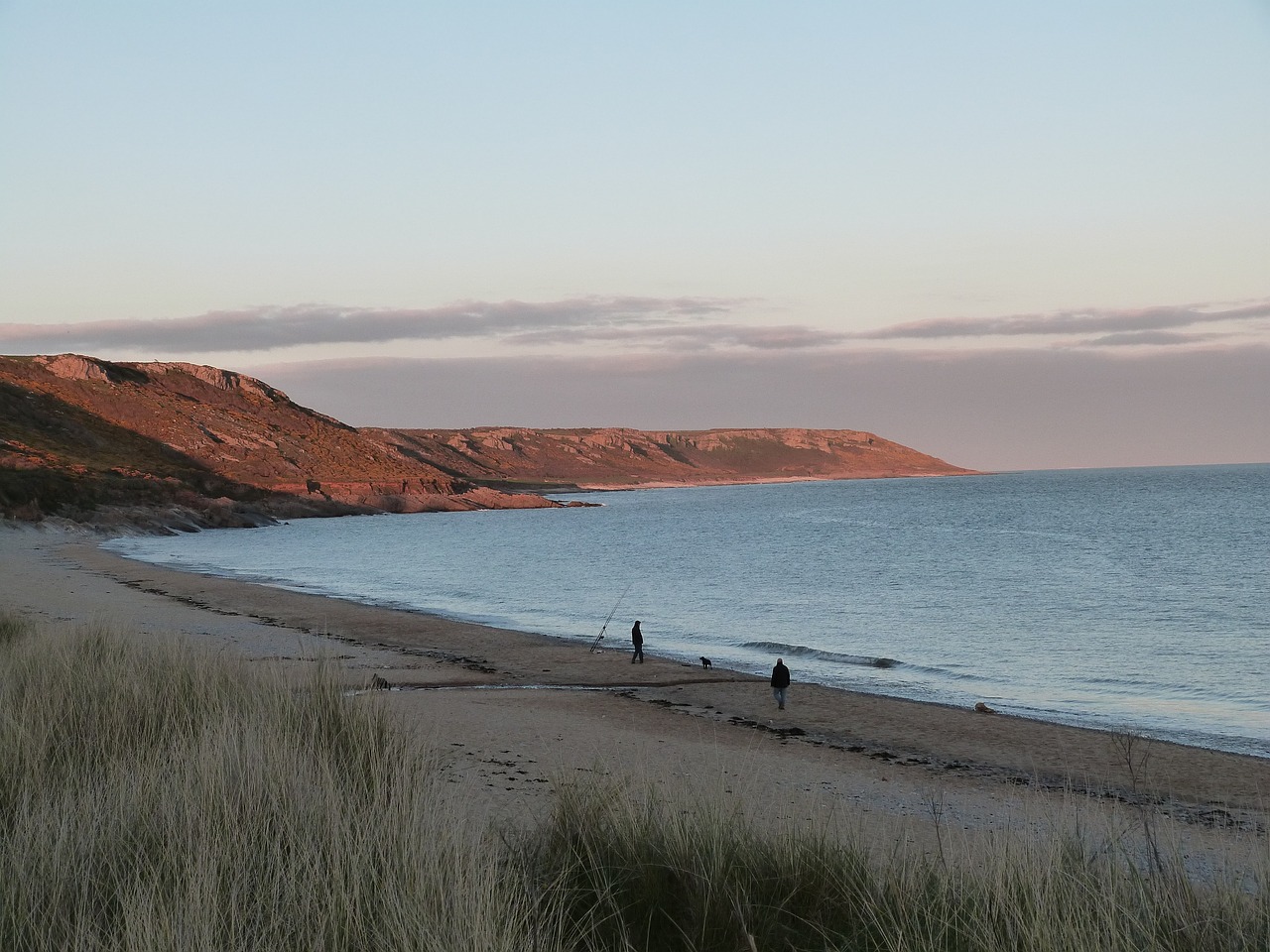 Known for its splendor, the Gower Peninsula is a mosaic of reliefs. Its 22 km of coastline is not lacking in assets between the moor-covered valleys and wild creeks. Special mention for the Bay of Rhossili. It conceals one of the most beautiful beaches in the United Kingdom. The Gower Peninsula would almost be robbed of its place by its rival, the Llyn Peninsula. 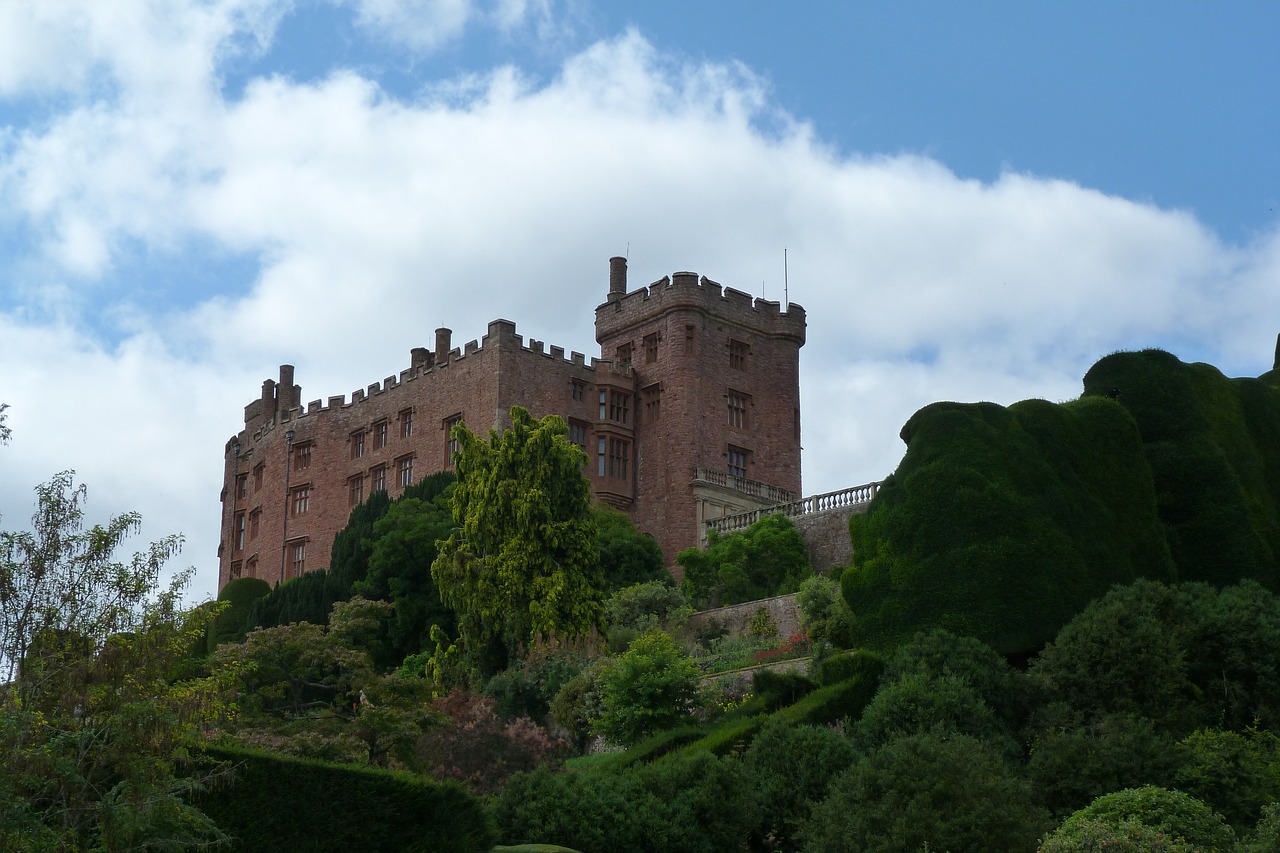 The latest castle in our selection, Powis is also one of the architectural nuggets to visit in Wales. Elizabethan and Italian elements blend subtly from the pink stone monument to the terraced gardens. You will be surprised by the magnificence of the place. The icing on the cake? The collection of Robert Clive, former governor of Bengal, includes objects brought back from India and the Far East.

15- The Isle of Anglesey 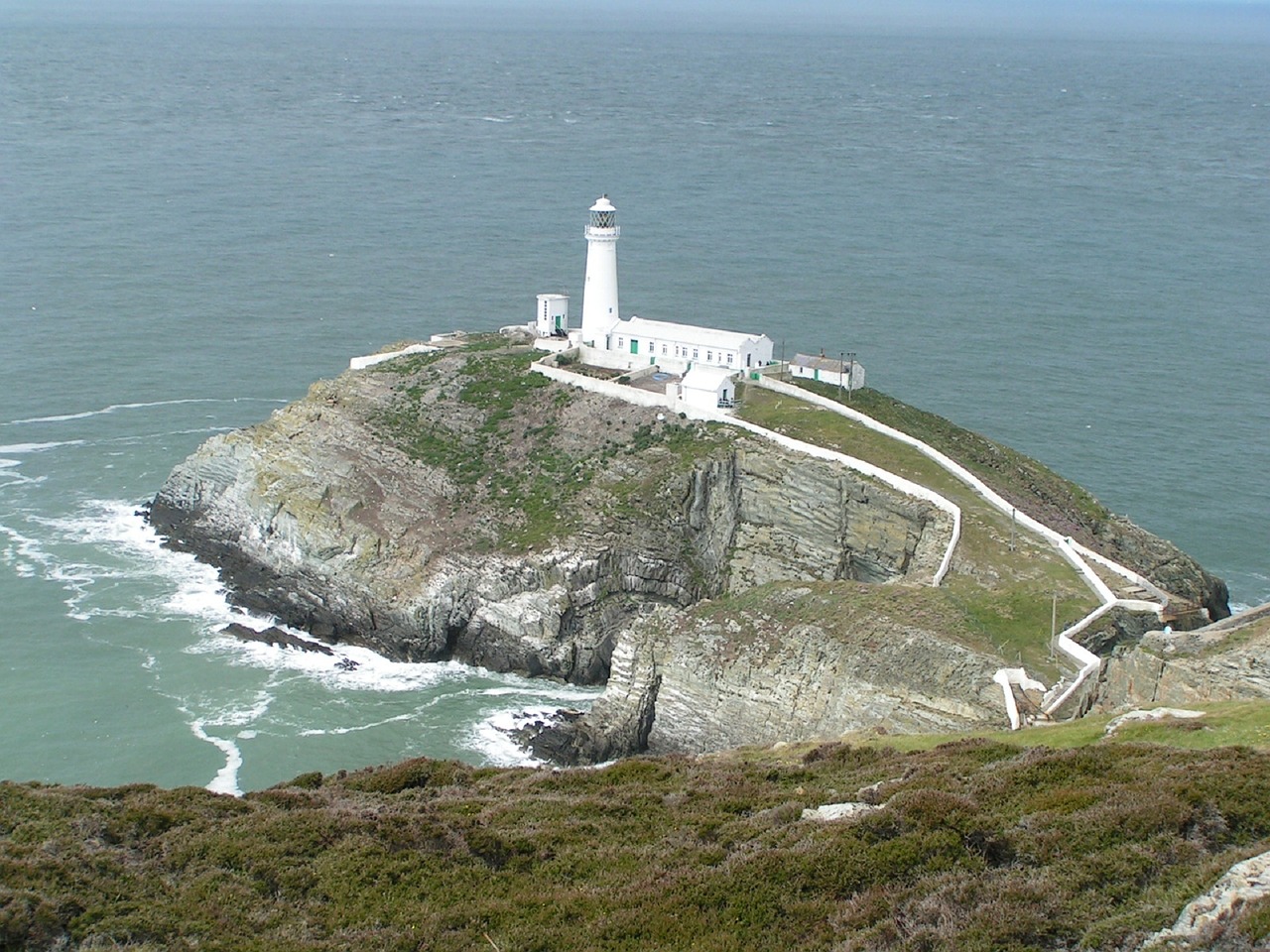 Set sail for Anglesey, a must-see in Wales. This is a great way to enjoy the sea views and historic sites without traveling long distances. For example, Beaumaris Castle and Trwyn Du Lighthouse, your main appointments, are only 8 km away. The island is like a bubble out of time.