If your dream is to visit Africa and, in particular, you would like to go on a safari in Kenya, some details are best to know and plan just like the following:

To answer these and other questions, we have collected useful information and get ready to pack your bags!

Climate and Seasons to Expect in Kenya 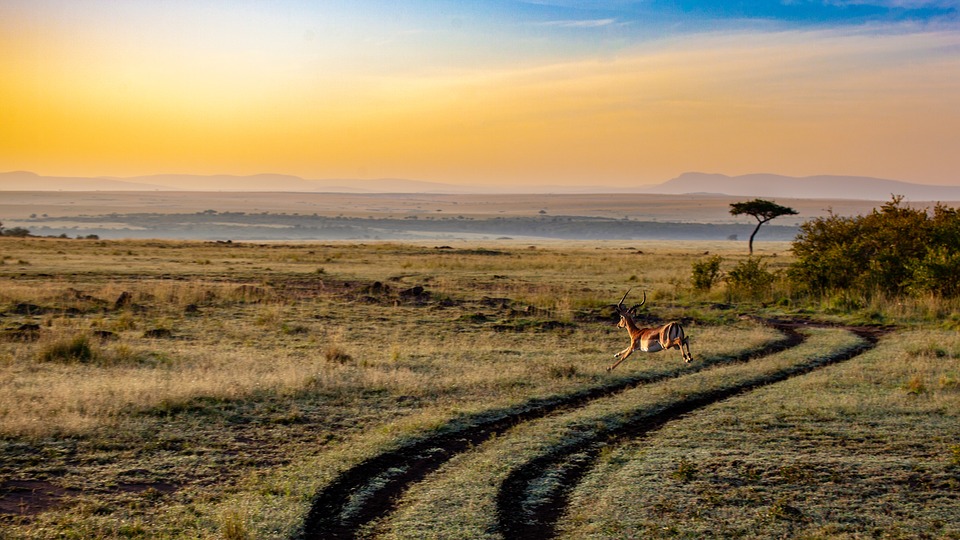 Kenya is a vast territory and, given its size, the climate varies according to the different areas. Needing to choose a period for a safari, the recommended months are undoubtedly February and March, but in principle also the months that are not mentioned are pretty good as well the dry season persists in countries such as Kenya, Tanzania and ‘Uganda, it is possible to enjoy all the wonder of nature and animals!

In the coastal area, the climate is mild throughout the year, so it is possible to visit the beaches and the sea, even if the rainy season begins between April and May and between October and November. If, on the other hand, you are interested in admiring the migrations of different bird species, choose the first months of the year, January and February, for those of herbivores, wait for June and September instead.

The Perfect Time to Go For a Safari

Before leaving, it is good to plan what are the expectations, which places, and which aspects of the wonderful African fauna and nature you prefer to explore. Given the vastness of its territory, Kenya has several areas with different altitudes, ranging from 0 meters above sea level. of the coast at over 2000 s.l.m., reached in the highlands of the interior. 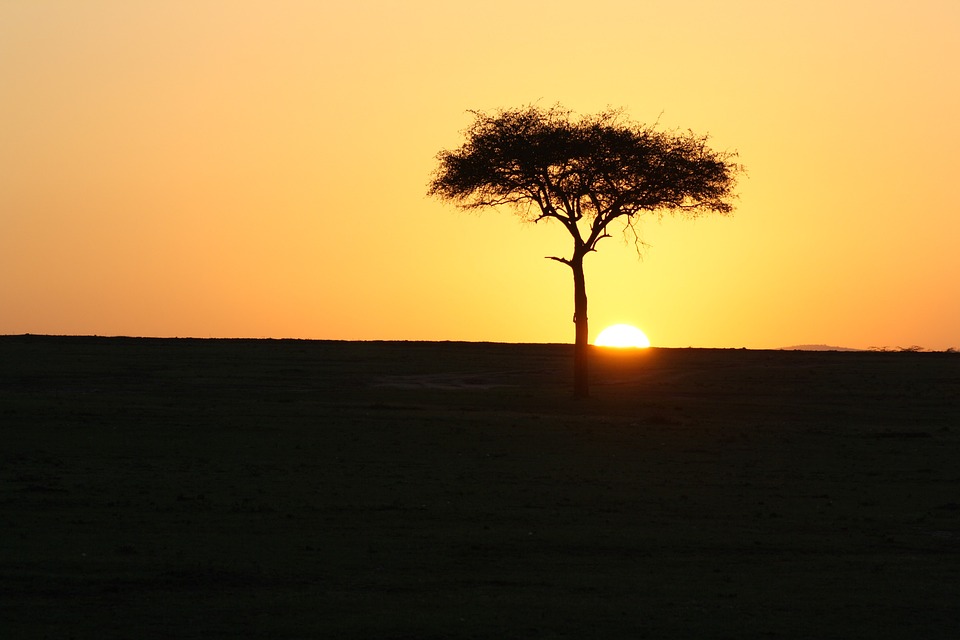 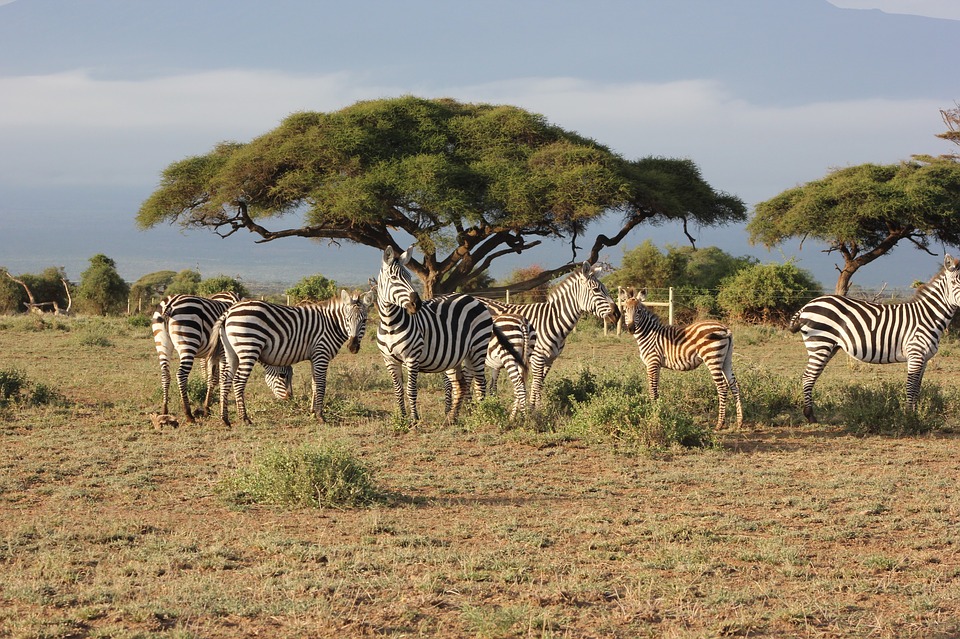 Masai Mara At this park, located in an area with an altitude ranging from 1500 to 2200 meters, the climate is a bit milder than in other regions of the country. During the day, it rarely exceeds 30 degrees, while at night it is stable around 12 – 13 degrees.

Here there is an exceptional activity of animals: hippos, lions, and rhinos, as well as the wonderful migration of wildebeest. These animals follow more or less the same path, ending the journey in the reserve at the end of July.

During the next two months, the herds settle in the highlands west of the Mara River. The rainy season takes place in April and May, the storms usually begin at night or in the late afternoon: this condition makes some areas of the park inaccessible.

You can visit this place comfortably from the beginning of July to September, or in January. 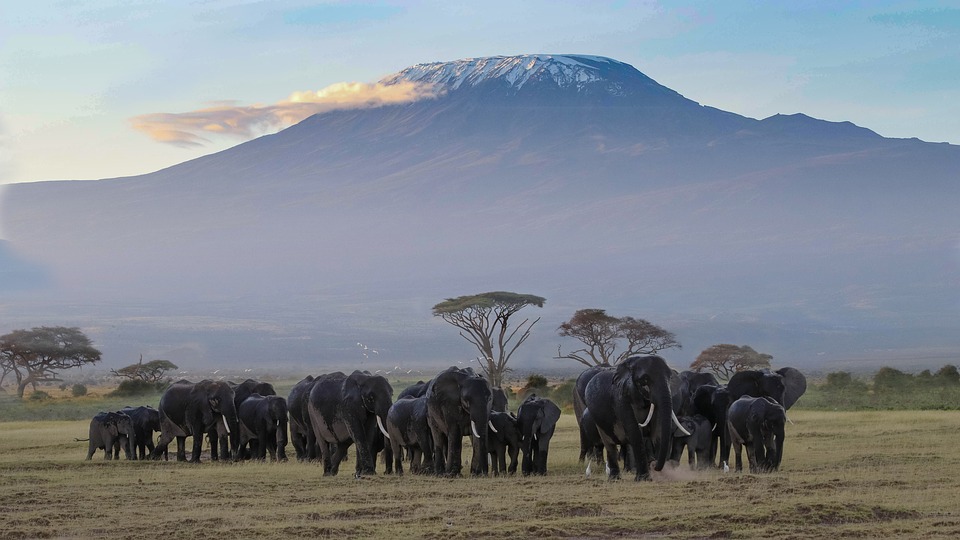 Amboseli During the recommended period, the temperature is certainly not mild but probably more bearable than the hottest period just like the one between January and March.

The park is located in the Rift Valley, on the border with Tanzania, and is home to the very rare black rhino and the most impressive land animals on Earth, the majestic African elephants. 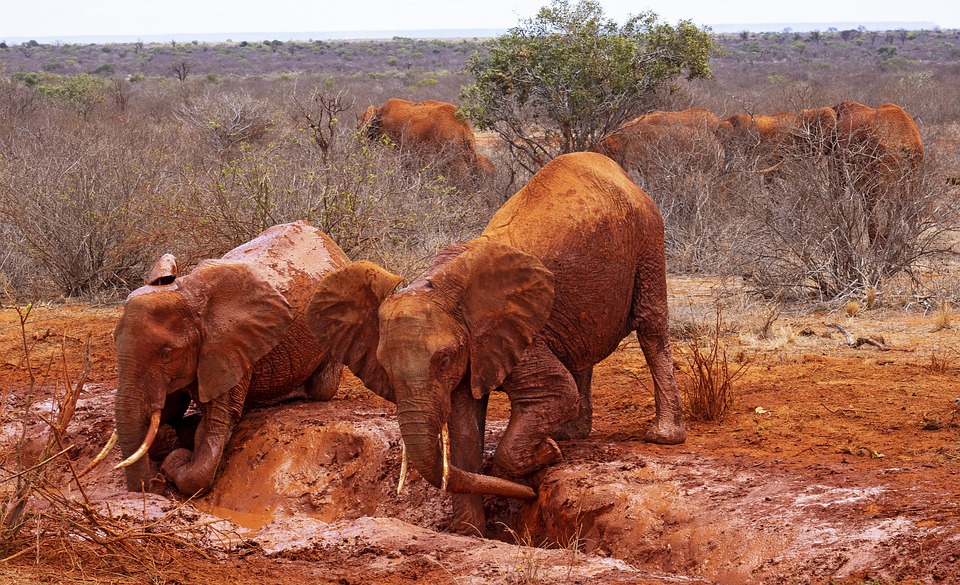 The Galana River passes through this area, which cuts through the vast plains and creates dry plains, interrupted by fantastic oases rich in flora and lots of greenery.

In this area the fauna is truly varied, among the visible species there are the following:

It is advisable to go here from August to February and from October to December. 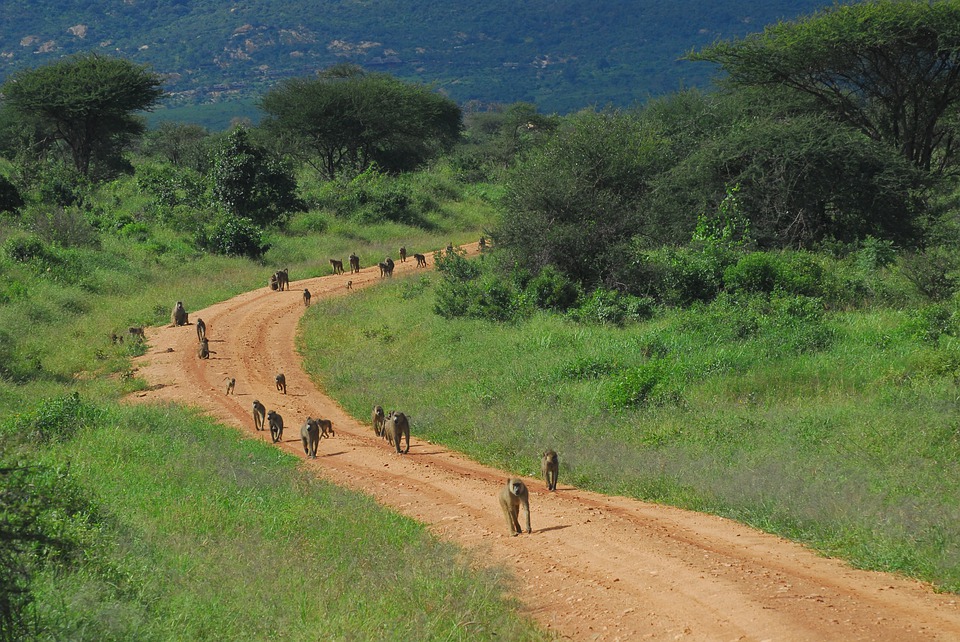 Tsavo West Together with the area called Tsavo East it makes up the Tsavo National Park. Here too it is possible to make spectacular safaris, being able to observe animals such as buffaloes, leopards, hippos, lions, elephants, and rhinos in their natural environment.

On average, the temperature remains between 20 and 30 degrees, the rainy season occurs between March and April.

The landscape is broken up by hills and woods that make sightings more difficult, therefore the visit is usually combined with that of Tsavo East.

From August to February and from October to December are the best months that you can consider if you want to go to this place. 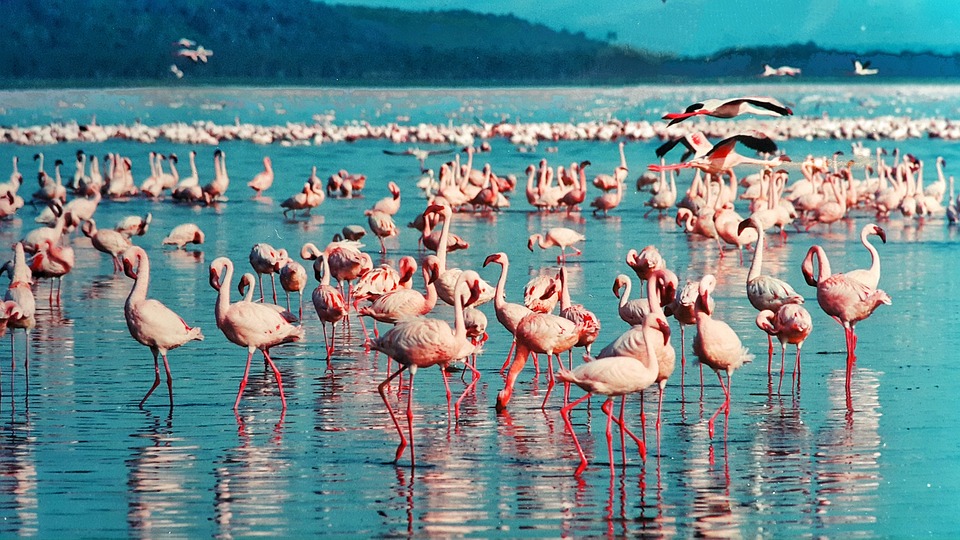 This area of Kenya is famous throughout the world for the large population of fascinating and elegant pink flamingos that crowd the waters of the lake. At this salt lake, it is possible to observe not only flamingos but also numerous species of migratory birds that end their journey started in other parts of the continent or even in Europe.

From November and from the end of December to mid-February are the most desirable months to consider if you want to go here. 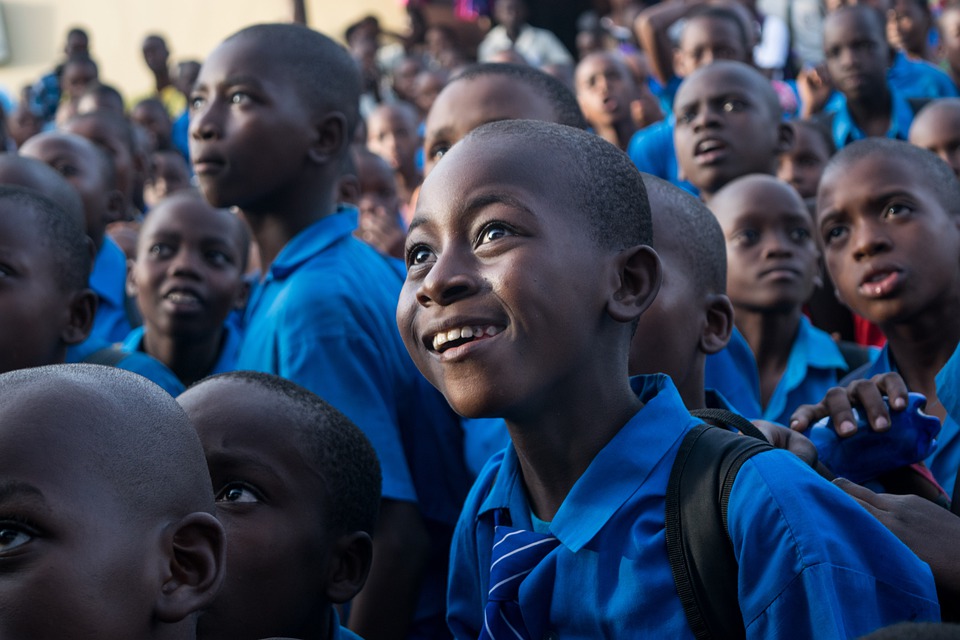 To be able to enter Kenya regularly it is necessary to have a passport valid for at least six months and an entry visa lasting three months (it can be requested online for € 50.00). As soon as you pass the checks, the classic stamp will be placed on your passport, which will also indicate the period in which you will stay in the country: check carefully that the date is correct!

To obtain the actual visa upon arrival, the boarding ticket is sufficient, while you can request and pay the entry visa already in Italy, at the Kenyan Embassy in Rome, or the airport. To travel to Kenya it is not mandatory to carry out any vaccinations, although antimalarial prophylaxis is recommended.

Bring the classic drugs such as analgesics or antipyretics, antidiarrheals, antihistamines, and rehydrating salts, light clothing and not tight to the body but also heavy if you go to the highlands. Beware of mosquitoes: equip yourself with products against the bites of these insects and clothing that covers the skin to use at night.

How much would you need to spend? 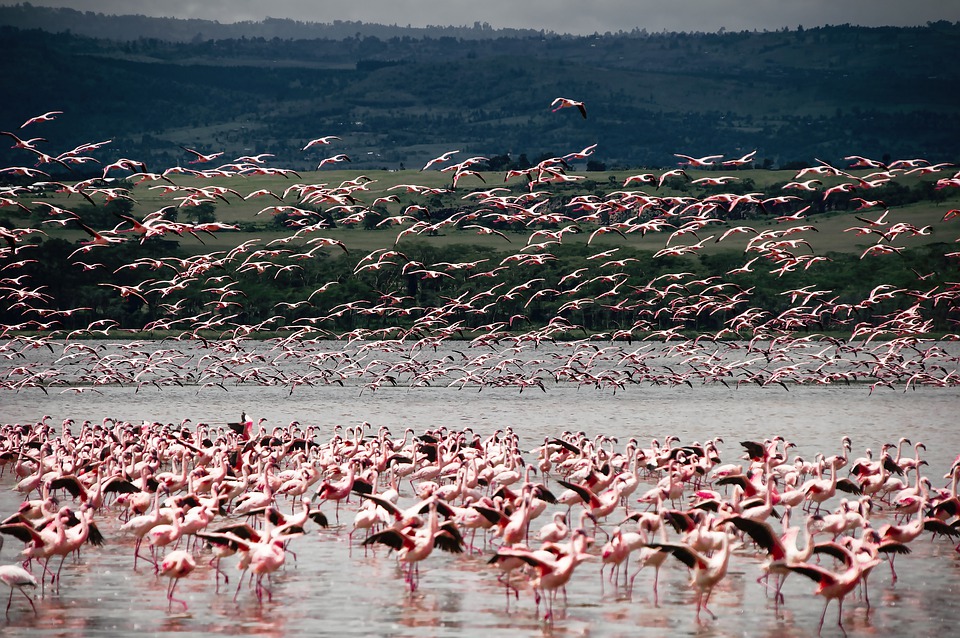 Tourists on a safari It all depends on the duration, the type, and how many parks are included in the safari. If you want to opt for a low-cost solution, a one-week safari costs around € 700.00 for the whole visit. This price is to be considered for a safari booked on-site, therefore excluding any flight from Italy or other types of services such as transfers, overnight stays, and more.

The parks of Masai Mara, Nakuru, and Samburu are a bit more expensive than Tsavo East, Amboseli and Ngutuni. Staying in a tourist facility with average standards costs around € 100.00 per day, the cost of food is around € 10.00 per person per meal.

The cost of the trip must also include drugs for prophylaxis against malaria, even if it is not mandatory: for example, the Lariam can be purchased for € 1.00 per pack on prescription. For flights consider starting prices from € 400.00.