The 10 Most Beautiful Gardens in Italy

Daredevils from all over the world, nightmare travelers, and new Dylan Dogs, this is aimed precisely at you: leave all hope you who read!

If you have always been attracted to thrill and mystery, adore the sensation of goosebumps, and your favorite genre is horror, here’s a challenge for you: visit the most disturbing places on the planet without batting an eye and … most of all, be able to survive to tell us!

In the meantime, choose your first stop … in the hope that it won’t be your last! 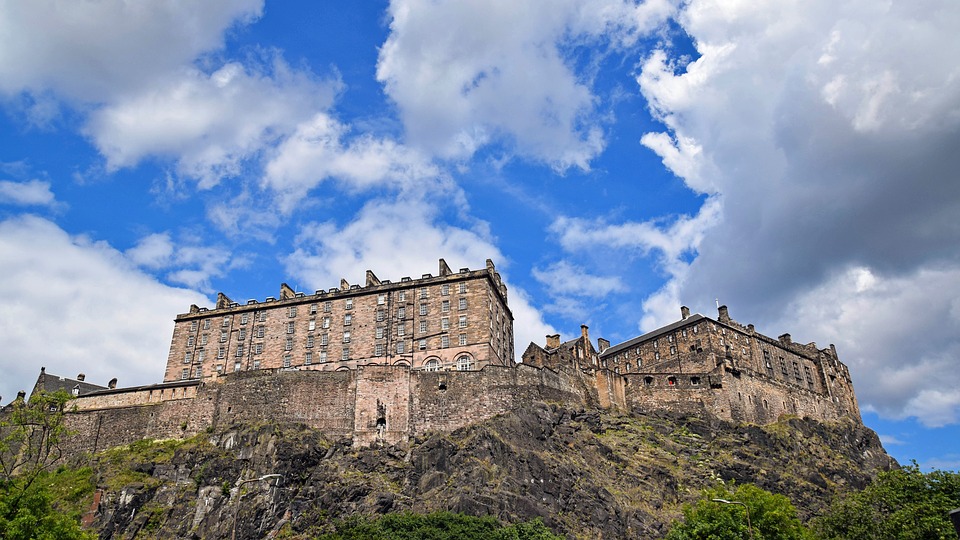 If you’re looking for quirky travel companions to share your stay with, head over to Edinburgh’s Ghost Castle! Here you will find a headless drummer waiting for you and a ghost piper with his trusty ghostly dog.

Fun Fact: Do you think they are all legends? Then, you should know that over 240 researchers in 2001 surrounded the entire residence with sophisticated equipment to detect paranormal phenomena. All of them, all 240 researchers, claimed to have sighted ghosts or have witnessed disturbing and inexplicable phenomena. Someone even felt the thrill of being touched and tugged by … who knows what. But if you think it’s all nonsense, go ahead, and then you will tell us … maybe.

9. The Path of Death – the Most Dangerous Road in the World, Bolivia

If you think that the Salerno – Reggio Calabria is the worst road, go for a ride-along “El Camino de la Muerte” (The Road of Death) or “El Camino da las Yungas”. It is a 60 km long road in Bolivia, which goes from the capital, La Paz, to the town of Corioco.

What’s the problem? It’s a two-way road but:

8. Poveglia – the Lazaretto of the Black Death, Italy

Poveglia is an Italian island, which is apparently quite pretty but has a creepy history. During the plague epidemic in Europe, around the 1700s, this island was transformed into a hospital. Later, it became a real grave for the plague victims, where the bodies of thousands of people were thrown.

But the end of the plague didn’t improve the history of Poveglia. There was built a psychiatric hospital where, according to some rumors, a mad doctor inflicted terrible torture on patients before committing suicide. True or false, it’s difficult to know, and even more difficult to find out. And, so this island remains closed to visitors.

7. Stanley Hotel – the Hotel from the Shining, Colorado

What to say more? I believe that it’s enough to say that this hotel was Stephen King’s inspiration for the Overlook Hotel of his novel The Shining. The “thrill master” himself swore he heard strange children’s voices, piano sounds, and eerie melodies while staying at this hotel.

Fun fact: The 1997 Shining television miniseries was shot right inside the hotel, unlike Kubrick’s movie, which was shot at Timberline Lodge in Oregon.

Therefore, we can conclude that it’s one of the scariest hotels in the world. A night there is really for people with the attributes – only the bravest!

Who would have thought that a luxurious villa where Ferdinand IV of Bourbon lived and which was Napoleon’s headquarters could become a psychiatric hospital full of unsolved mysteries?!

Well, it seems that the asylum hides secret underground passages and, above all, a well over 30 meters deep. What was it for?

Fun fact: The hospital could only hold 900 people. But, soon, there were over 3.000 patients and only 6 doctors available. It is said that some doctors did unauthorized experiments on the patients and then, to erase the traces, they used the well.

Founded in 1904, Hellingly was a psychiatric hospital for specifically problematic patients. Many of them actually underwent pioneering lobotomy and electroshock interventions. Used to contain around 700 patients, it came to have almost double. The costs became unsustainable so the hospital was decommissioned and the patients put back on the street, claiming they were able to look after themselves. However, many of them seem to have never left that place, which closed in 1994.

4. Aokigahara – the Forest of Suicides, Japan

At the foot of the Sacred Mount Fuji lies a forest that hides a dark secret, It’s the second place in the world for suicides! What makes people, who visit this forest, end their lives?

Fun fact: Every year, more than 50 people lose their lives in the ravines of Aokigahara, among its lava rocks and ice caves, which seems to have an association with the demons of Japanese mythology. Suffice to say, numerous signs have been posted in the forest to dissuade visitors from committing suicide.

3. The Gate of Hell, Turkmenistan

Do you think it’s all a legend? When it comes to hell, it’s not. The hell exists and its door is in Turkmenistan!

To enter the hell and wink at Beelzebub, you will have to cross an over 100 meters deep crater in perpetual eruption.

Fun fact: Do you know who opened this gate of hell? The Russians! No, it’s not a joke… the Russians made a wrong perforation and broke down the door of Lucifer’s house. Scientists are unable to determine if this eruption process will ever end… maybe we’ll have to wait for the judgment day.

This is not a typical western souvenir shop. Actually, it’s nothing similar! In the capital of Togo, Lome, you can find all the ingredients for shamans and healers and their Voodoo rites stacked on wooden boards. Dried crocodile heads, monkey heads, and even owls, chameleons, and snakes powdered with herbs and prepared on the fire. For the locals, it is nothing more than a pharmacy, but it’s nothing like aspirin and penicillin.

Fun fact: The healers, who use these remedies, usually make 3 cuts on the patient’s chest or back and prepare a solution with the animal’s head chosen based on the evil to be treated. The head is ground together with medicinal herbs and prepared on the fire until it becomes a black powder. Then, this is spread on the skin and pushed into the wounds inflicted.

Hidden among the Mexican lagoons, the Isla de las Muñecas offers one of the most chilling spectacles ever. Namely, there are old bodies of battered dolls scattered among the wild and uncontaminated nature. They are hanged or stuck in the branches of trees without a limb, bald, with hollow eyes, or only heads without bodies. It is a blood-freezing scenario only for those with guts to spare!

Fun fact: It seems that it all started due to a misfortune that happened to Julian Santana Barrera. Namely, this man found a little girl’s body rejected by the sea. Shortly afterward, the same sea returned her doll to the mainland. The hermit, shaken and determined to ingratiate himself with the spirit of the deceased young woman, hung the doll from a tree. But this, soon, became an obsession, and Julian started collecting dolls here and there. The obsession became such that the man began to feed those bodies and those plastic heads.