The 10 Snowiest Places in the World

The man has always been a curious being, tremendously fascinated by the unknown. Precisely for this reason, we are all attracted to places wrapped in a mysterious aura. Even when we travel around the world, the unusual places, with a history indelibly marked by some unique events that make the place unique, are the ones that draw our attention more than anything else.

That’s why, we have collected the 10 most beautiful and evocative abandoned places in the world, which lie scattered in the various corners of the earth.

The construction of this place began in 1912 and ended a year later, in 1913. From the start, it was a very ambitious project: Detroit’s Central Station was actually the tallest passenger transport station in the world.

In 1988, the line was interrupted and the station was closed for maintenance. It hasn’t been used since then and there isn’t a plan to reconstruct it to date.

9. The Village of Craco in Basilicata, Italy

The village was the old inhabited center of the small town in the province of Matera, not far from the capital, which is the third oldest city in the world.

Abandoned in ’63, today it has been re-evaluated as an important tourist destination thanks to being used as a film set in several famous Hollywood movies, such as “The Passion of the Christ” by Mel Gibson and “Agent 007 – Quantum of Solace” by Marc Forster. 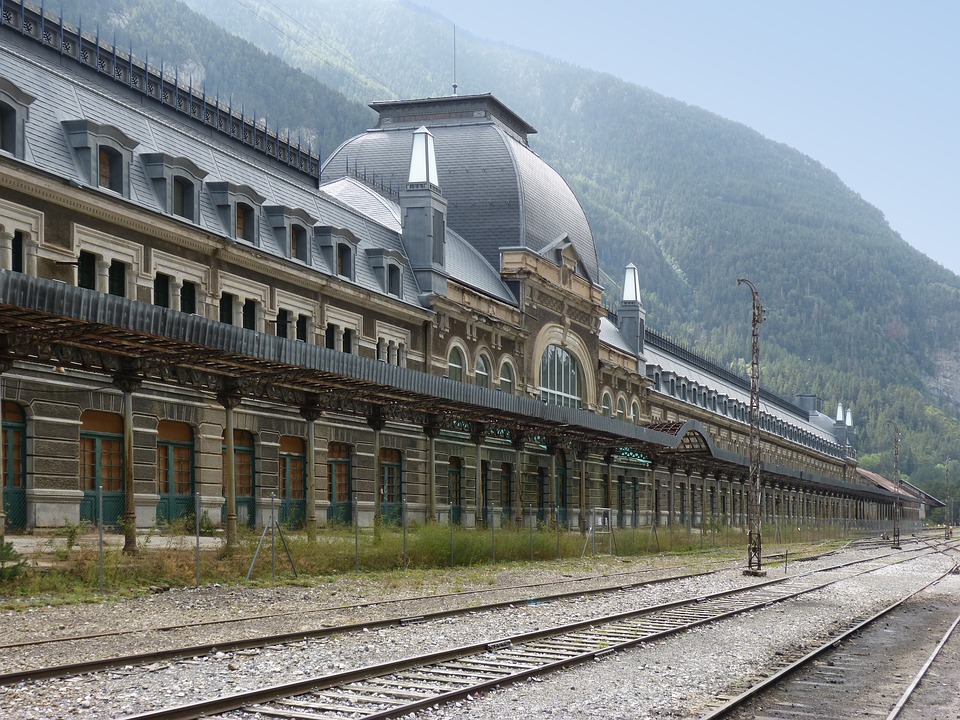 In the 60s, this railway station played a fundamental role as it connected Spain and France. Following an accident in 1970, when the nearby bridge was destroyed and never rebuilt, Cefranc was abandoned and remained like that since then.

Several years ago, this place was a disputed penal island between the Russians and the Japanese. Today, it is part of the Soviet territory and, despite being a truly evocative location, it is not open to the public. Hence, it dwells abandoned in the seas between Japan and Russia.

6. The Submerged City of Schicheng, China

1.300 years ago Schicheng was known as the “Lion City” due to the mountains that surrounded it. In fact, it has been submerged for more than 50 years, since the breaking of a dam at the Xin’an River hydroelectric power plant flooded the valley in which it was located.

Today, thanks to the incredible state of conservation, it is a heavenly place for every diving enthusiast.

In the Scottish Highlands, stands this castle that dates back to 1200. Once a bulwark against Viking raids, it remained abandoned for a very long time, until 1911, when a colonel fascinated by the historical value of the structure bought the island with the idea to restore it.

4. Deep Valley of the Mills of Sorrento, Italy

This mill hasn’t been used since the second half of the 17th century. In 1866, after some structural and architectural changes, the humidity rate drastically increased which made the whole area unlivable. If you are near Sorrento, we recommend you to visit this part of ​​the city since it’s particularly impressive today due to the thick vegetation that has wildly covered the structure.

During the last decade of the 1800s, this castle was a warehouse for war material, especially useful in the period of the Spanish-American war. However, after an accidental explosion, it was partially destroyed and subsequently abandoned to this day.

This statue was built in the 50s by Guido Galletti and is located on the seabed near the Camogli and Portofino bay. We are sure that many Italians don’t know this “underwater” Monument, located at about 55 feet depth, which is too bad considering its charm.

The astonishing chasm in the photo is no other than Mirny’s diamond mine, one of the largest man-made holes made by a man. Excavated at the time of the Soviet Regime at the behest of Stalin, it was abandoned once it reached its maximum depth. The dimensions? 1.200 meters in diameter and 525 meters in depth. Impressive!