Among the many beauties of West Africa, Cape Verde is one of the most sought. This state, also known as the Republic of Cape Verde, has 10 volcanic islands and about 500 km off the coast of Senegal. Its discovery took place in 1456 and some islands were discovered by the Italian navigator and slave trader Alvise Da Mosto, while the same year Antonio Bartolomeo and Vicente Dias managed to land on their coast, giving a detailed description of the islands

Nowadays the archipelago of Cape Verde is one of the most popular tourist destinations for both sea and water sports enthusiasts. Its crystal clear waters and the winds present make it excellent for surfers.

When is the best time to go there? 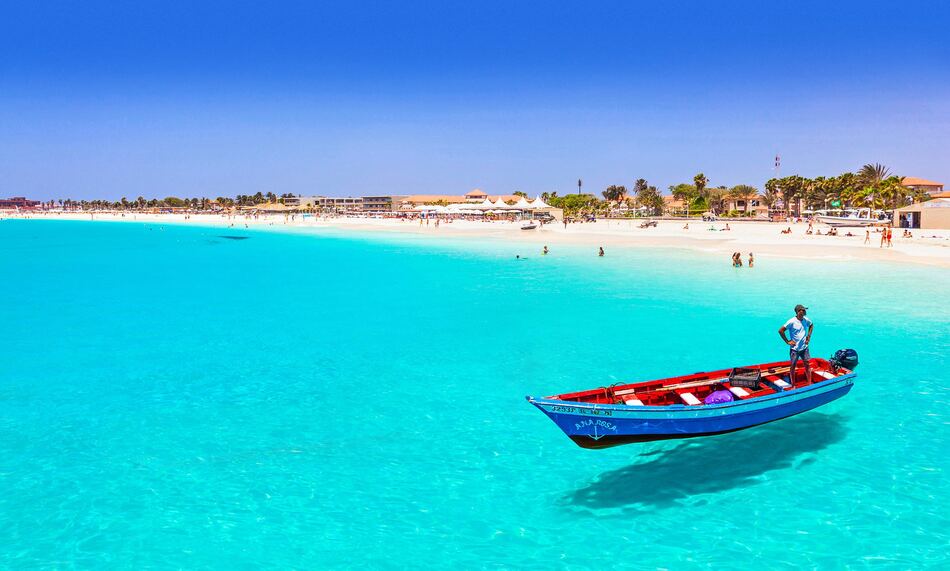 The tropical climate of Cape Verde is arid, with temperatures that are not consistent in all the islands that make up the archipelago, making it an optimal destination for the whole year. However, differences can be found between the northernmost islands of Barlavento and those of Sotavento:

In general, the best period to visit the place is between May and July and from November to December, as the air is less humid and the temperature range between day and night is reduced. But they can be visited and enjoyed all year round.

Usually, tropical hurricanes and cyclones are frequently formed in the area. The most affected islands are the southern ones, even if hurricanes are in the initial phase of their formation and therefore there are no high levels of alert.

However, reiterating the fact that Cape Verde is almost free from the risk of hurricanes, in the past the formation of these phenomena took place in the period from August to September.

The location of Cape Verde is about 600 km from the coast of Senegal and is characterized by a particular tropical climate that can be divided into two seasons: the dry season, which takes most of the year, and the wet season, which focuses on the autumn period.

The islands that form the archipelago are commonly divided into two groups: the Ilhas do Barlavento, which includes all the northern territories (Santo Antao, Sao Vicente, Santa Luzia, Sao Nicolau, Sal Island, Boa Vista), and the Ilhas do Sotavento in the southern one (Maio, Santiago, Fogo, Brava) Average Temperatures and Precipitation – Barlavento Islands (Mindelo)

The islands of Barlavento have a desert environment due to the low rainfall during the year. The days are very hot with constant temperatures throughout the months, with a low-temperature range.

The average temperature during the day in the dry season is 28 ° while at night temperatures of up to 21 ° are recorded.

Praia In the Sotavento, the temperatures were very similar to those of the Barlavento islands, but with more frequent occurrence of rain which gives the islands a semi-desert environment.