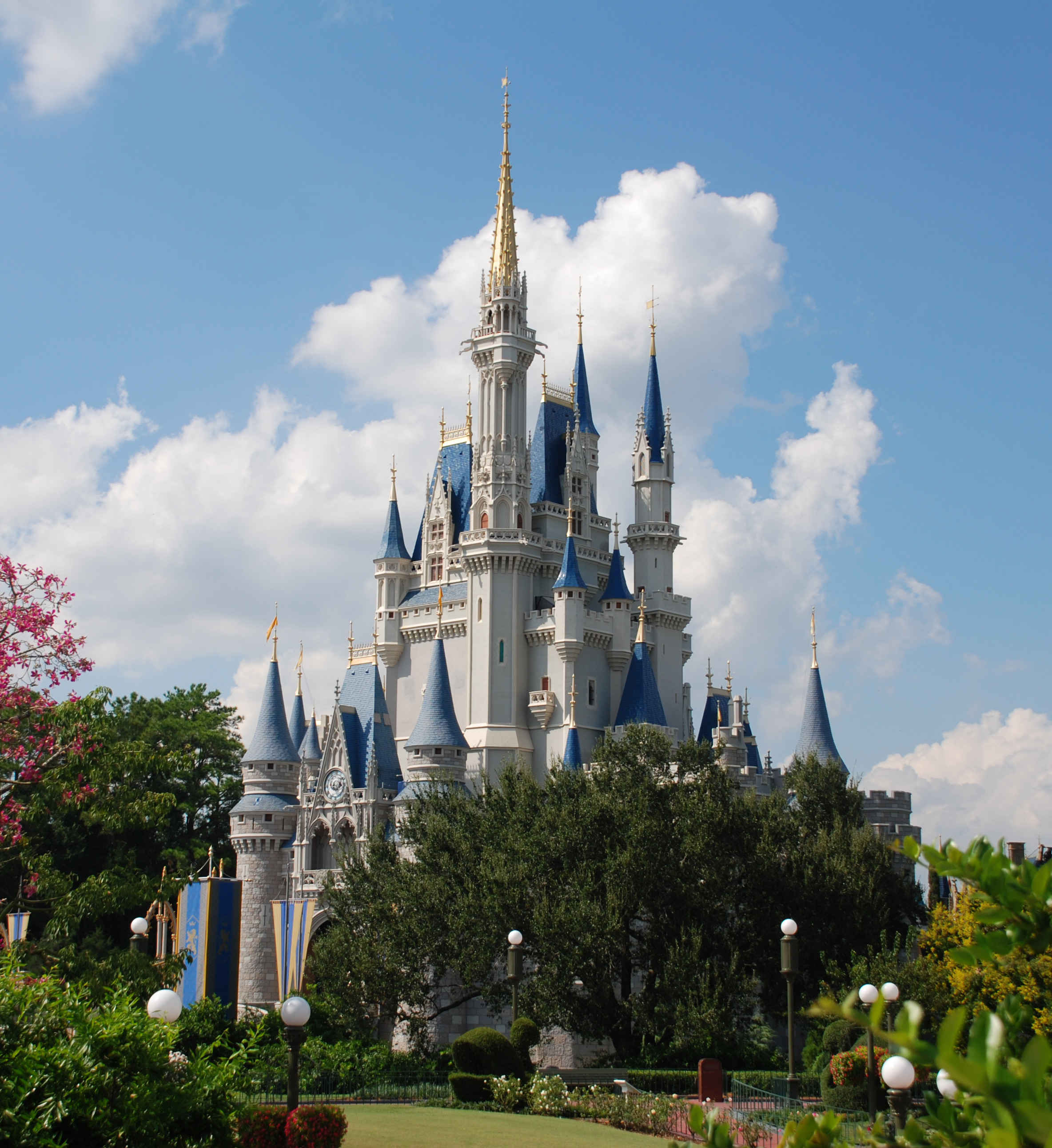 15 Best Places to Go in Florida

Which are the largest squares in Italy? Finding a specific answer to this question is, unfortunately, much more difficult than one might think. Actually, there’s no official study with accurate data on the subject to date. Hence, it’s no surprise that many of the rankings online differ from each other and the report numbers are inaccurate or outdated.

NOTE: The following ranking is not based on official data, therefore, it’s subject to continuous revisions and updates. We invite you to tell us of any changes and corrections in the comments, attaching your sources. We will be happy to evaluate possible additions. Thanks to all for the valuable contribution.

The Aurelio Saffi square is the heart of the town and consists of the point where the four main courses intersect.

St. Mark’s square is one of the most important in Venice. It houses the Basilica, from which it takes its name, and the Bell Tower.

Heart of the Julian capital, the Unity of Italy square is located at the foot of the San Giusto hill, between Borgo Teresiano and Borgo Giuseppino. It houses several representative buildings including the Town Hall.

In the Republic square overlooking the seafront, we can find the monument of the four days of Naples. To the southwest of the square is the US consulate building.

On the eastern side of the square of the Martyrs, the Castle or Palazzo Pio, a building in the medieval style, was built.

In front of the square is the Church of Victory, from which it takes its name. In fact, the name “victory” derives from the victory of the Christians in the battle of Lepanto, which was fought against the Turks.

Near the square, in Monza street, the Palazzo di Fuoco (eng. Palace of Fire), built by Giulio Minoletti in 1959, is located. The square is sadly known for the exhibition of the corpses of Mussolini, his mistress Claretta Petacci, and some fascist hierarchs.

Vittorio Emanuele II square is the main square of the city which was used as a meeting place of Monopoli for years. It was built in the late 1700s from the project of the architect De Simone. It was called “Borgo” (eng. village) by the inhabitants because it was the square of the “new village” built beyond the walls of the old city until it was named after King Vittorio Emanuele II.

Inside the Castel square, there is a monument of the fallen of the First World War.

In the vicinity of the square, we can see buildings built towards the end of the 19th century.

On the south side of the square, there is a monument of the Grand Duke Ferdinand III of Tuscany. Originally it was named Piazza dei Granduchi (eng. Grand Dukes square). After the unification of Italy, it was dedicated to Carlo Alberto of Savoy, and after the referendum of ’46, it was named Piazza della Repubblica (eng. Republic square).

On the southeast side of the church, there’s the homonymous Basilica from which the square takes its name.

This square was named after Tancredi (Duccio) Galimberti, a hero of the resistance during the fascist period. 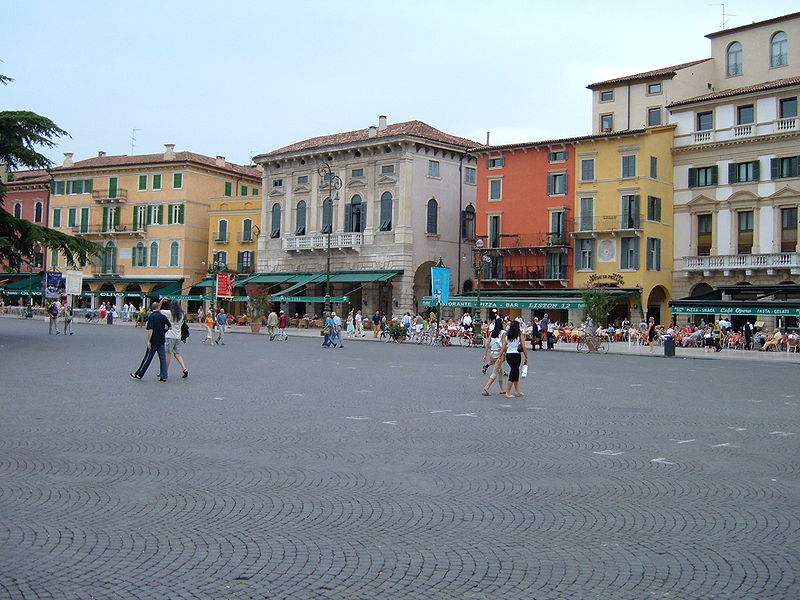 On the western side of the square is the Honorij Palace.

Inside the square, there are two palaces: Palazzo Salerno and Palazzo della Prefettura. Although built in 1602, it was finally called Piazza del Plebiscito in 1860.

Market Square is the home of the fountain of the Dolphins. This place was famous for the beginning of the Neapolitan revolt led by Masaniello.

In this square, the famous Duomo, from which it takes its name, and the equestrian monument of Vittorio Emanuele II are located. 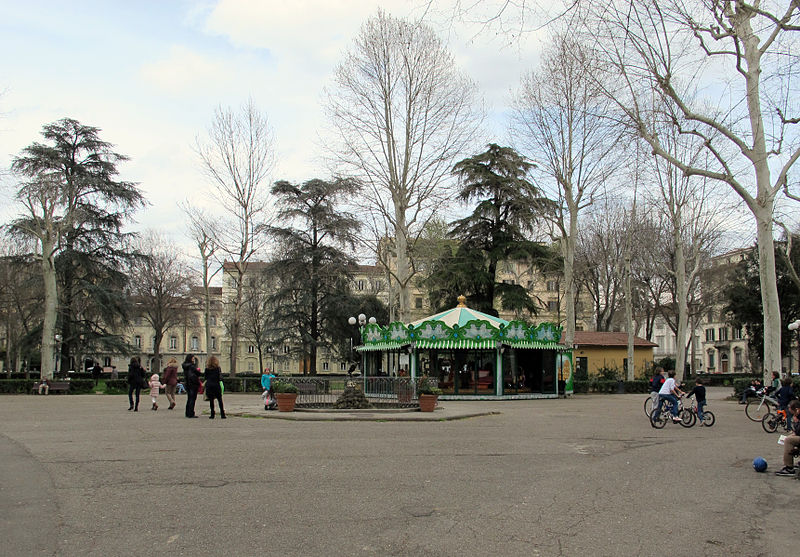 Here, in addition to a small playground, a monument to the memory of three partisans killed by the fascists is also found. The square was named after the writer and politician Massimo D’Azeglio in 1866.

Near the square, we can find the Maritime Station and Santa Teresa Beach.

The square is the meeting place for young people from Turin, hence, there are no buildings or historical monuments, only bars and clubs.

Located in the center of the city, it was the place where the city market was located until the 1970s. In the Middle Ages, it was considered one of the largest squares in Europe.

In the square, we find the famous Basilica from which it takes its name. Inside the Basilica of San Giovanni, the Lateran pacts between Mussolini and the church were signed in 1929.

Inside the Castel square, we find the Palazzo della Prefettura and the royal armory.

In the square, we find the Town Hall, from which it takes its name (Piazza del Municipio – eng. Town Hall square).

This square is located in front of Termini Station. Inside of it, you can see the monument of John Paul II. There is also the Gambrinus Bar where the meeting between Pasolini and Pino Pelosi, who killed him a few hours later, took place.

The square is famous for the Colosseum, one of the most visited attractions in the world.

In the square, you can see a market and a garden where the Magic Door is located. The door is the entrance to the house of an alchemist.

Near the square, the central station of Livorno is located.

At the Foro Italico esplanade, we can see the music box at the Marina which initially hosted Sunday concerts.

The rear part of the prefecture building overlooks the square. Its name derives from the Palio that has been taking place in this square until 1988. 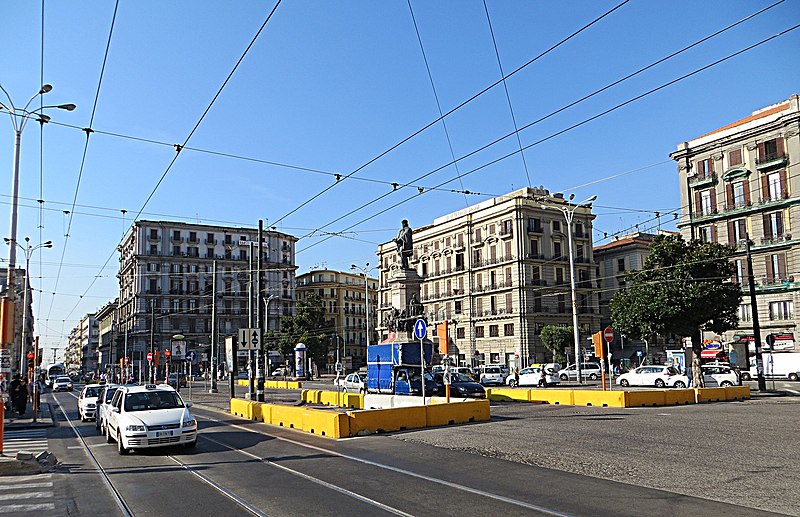 The square’s name derives from the statue of Giuseppe Garibaldi which is located in it. In ancient times, Garibaldi square was called Station or Railways square. Even today, the Neapolitans usually call it “a ‘Ferrovia” (eng. of Railway).

In the square, you can see the Breda Tower and the monument of Giuseppe Mazzini.

The wide area also includes the Vittorio Formentano Park and the Liberty Building.

In this square, we find the elliptical island called Memmia island.

The name of the square comes from the Castello Sforzesco, one of the most important monuments in Milan.

In the first place, we find Piazza Carlo III di Borbone. This square is famous for housing the Royal Palace of Caserta.