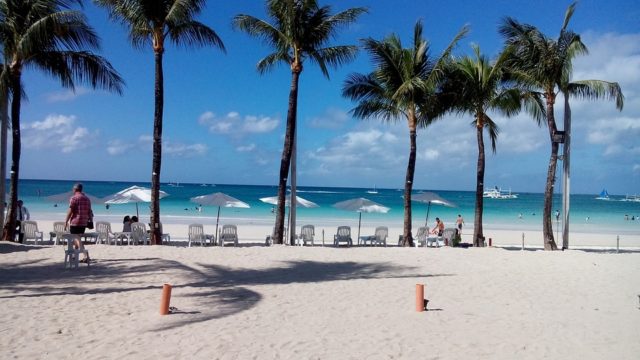 The Most Beautiful Beaches in the World – 2021 Ranking

We can only introduce the list of the most terrifying hotels with a quote from Stephen King’s famous horror film “The Shining”, more precisely the phrase of the chef, Mr. Hallorann, which perfectly introduces us to the climate.

Spooky, right? So, let’s dive into this dark adventure and see which are the 10 most terrifying hotels in the world and … do you have the “shining”?

If you like love stories that end badly, start climbing the list of the most terrifying hotels in the world in Span. Parador de Cardona is a beautiful hotel housed in a 9th-century castle and boasts wonderful views over the Catalan countryside. Legend says that the ghost of Adales, daughter of Viscount Raimon Folch, lives here. The young woman had fallen in love with a Muslim and was, therefore, put in prison by her father. The poor thing, unable to rest in peace, still wanders around in room 712.

Stories of love and betrayal continue to mark our path as we move to the Norwegian Hotel, Dr. Holm. In 1926, an old lady took her own life after finding her husband in bed with another. If her company intrigues you, you can find her in room 320; and, if she is busy, don’t worry, you might even meet her in the corridors!

Apart from offering some of the most romantic destinations in the world, Italy also offers some particularly interesting locations. For instance, in Verona, you can find the hotel Castello Bevilacqua. It’s an ancient fortress built by the merchant Guglielmo Bevilacqua to defend his possessions from invaders.

In 1848, when the rebels were driven out by the Austrians, the castle was put on fire and iron and Bevilacqua was burned to death. His ashes were scattered in the air and, since that day, it is said that the master wanders the walls of the fortress as if he still wanted to defend the castle from any threat.

Still in Italy, we move to Benevento where the ancient legend of the ” Witches of Benevento “, dating back to the 12th century, hovers.

Benevento was a very Catholic and superstitious town that had to accept the difficult coexistence with the Lombard invaders and, most of all, with their pagan rites.

For the inhabitants of the country, the strangest witchcraft took place on the banks of the river Sabato where the pagans ate goat skin hanging from a sacred walnut tree, in honor of the god. It is said that, until a few centuries ago, the witches of Benevento used to dance and sing before their flight on the foggy winter nights. Villa Traiano is located in the center and is considered the ideal starting point to meet these witches.

We now move to London, where we find one of the most beautiful and luxurious hotels as well as the largest in Europe, The Langham Hotel. This place has seen very famous guests, from Oscar Wilde to Mark Twain, royal families, foreign dignitaries, and celebrities.

Unfortunately, it is also remembered for a terrifying event – the suicide of a German nobleman who threw himself from one of the hotel windows. If you are eager to learn the transparent guest, room 333 is for you; otherwise, you see him walking through the hotel’s walls, suddenly lowering the temperature of the surroundings.

We leave England to go to his penal colony, Australia. There, you will find an ancient shelter for sailors, which has served as a hospital during the deadly epidemics of smallpox and plague. No wonder this hotel is now among the scariest places to visit in the world.  It’s said that it’s haunted by the ghost of a sailor who doesn’t want to leave room 8 and who wakes up the guests at night by making the floor creak and stares at them from the foot of the bed.

Let’s go to Northamptonshire in England, precisely to Fotheringhay castle. Built around 1100 AD, this place had the honor of hosting two well-known royal rank characters, Richard III and Mary Stuart, which were processed and beheaded in that very place in 1587. The castle was razed to the ground in 1627, but some internal parts were recovered, including the famous wooden staircase.

This staircase, from which Mary Stuart is said to have done down on her way to the gallows, is now in the Talbot Hotel in Oundle. Actually, it is right here she was seen going down and up these haunted steps, moving the adjacent furniture, and repeatedly dropping her portrait attached to the nearby wall, thus frightening the poor guests.

From England we set sail towards the cold lands of Canada, retracing, we certainly hope not, the path of our next protagonist, Charles Melville Hays. He was the creator of the splendid French Renaissance-style castle with neo-Gothic signs, Fairmont Chateau Laurier. The legend says that Hays, who went to London to buy furniture to furnish his hotel, died on the way back to Canada, aboard an ocean liner – the Titanic! His ghost now enjoys his castle which he never had the pleasure of seeing finished when he was alive, despite his efforts to build it.

Speaking of ships, we move to the historic boat used during the Second World War, The Queen Mary. Now permanently moored in the port of Long Beach, this ship is also known as “The Gray Ghost”.
Apparently, some of the hotel guests saw several ghosts wandering around the ship. The most interesting rooms are the engine room, where a young sailor died during a fire drill, and the kitchen, where it is said that the cook has been burned alive. Then, there are the first-class salon, where a young woman was seen dancing alone, and the pool, around which another lady in a 1930s costume wanders.

In the first place, we can’t miss the hotel that inspired The Shining, one of the scariest movies of all time. The writer created his masterpiece during his stay in room 217 of the Stanley Hotel, which is located inside the Rocky Mountains National Park in Colorado. However, according to some testimonies, it is room 418 where the spirit of some children disturbs the sleep of the guests. And, room 407 is haunted by the facility’s former owner, Lord Dunraven. Anyway, if a couple of twin girls asks you to go play with them … run away!