The 20 Biggest and Most Important Deserts in the World

Nothing better illustrates the corrosive action of water that continuously flows like a canyon. Rivers carve their way through the rocks, sometimes taking millions of years, and, slowly but surely, create these incredible and vast natural sculptures.

To honor their greatness and magnificence, we’ve compiled a list of the largest and deepest canyons in the world. Some of them are very famous, known and visited by thousands of tourists, while others are not so famous and popular but equally fascinating and spectacular.

It should be noted that establishing the exact depth of each canyon is an almost impossible task. Although the length, total area, and height can be measured in different locations, not all canyons and gorges can be measured accurately due to inaccessibility.

Eldgja is a volcanic and eruptive fissure which is why it was nicknamed Gorge of Fire. It’s about 40 km long, 600 meters wide in some places, and reaches a maximum depth of about 270 meters. It is a unique formation and is also considered to be the largest volcanic canyon in the world.

Palo Duro Canyon is part of Palo Duro Canyon State Park, which was inaugurated on July 4, 1934. The canyon is about 200 km long and has a maximum depth of about 300 meters. It is the second-largest canyon in the United States, after the Grand Canyon. It formed as a result of the erosive activity of the water of the Prairie Dog Town Fork Red River. In fact, the water continues to deepen the canyon, carrying debris and sediments downstream. The wind also contributes to this erosive activity by widening the canyon. The first Spanish explorers who ventured into this place named it “Palo Duro”, which means “hard wood”, referring to the many mesquite and juniper trees. Over the centuries, many populations have lived in the canyon. The first ones were nomadic tribes who hunted mammoths, giant bison, and other large wild animals. Later, there are the Apache, Comanche, and Kiowa, before the arrival of the colonizers.

Santa Elena Canyon is one of the most popular spots in Big Bend National Park, Texas. It is possible to make excursions along the Rio Grande only with a canoe and a paddle. But beware of those who aren’t very familiar with reptiles as there are over 30 known species of snakes, hence, you’ll most probably (if not definitely) have a close encounter with them. 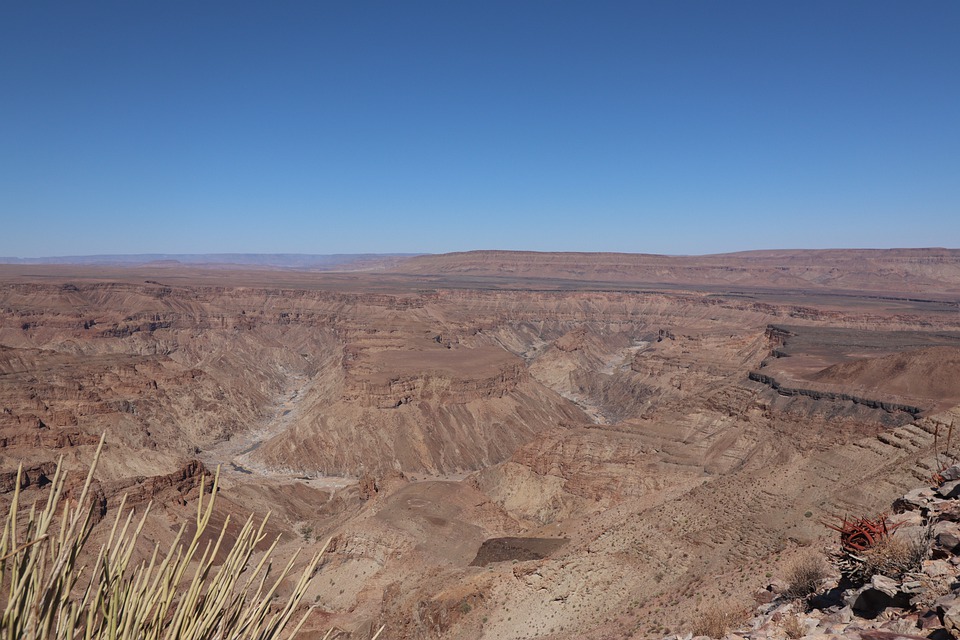 The canyon measures about 160 kilometers in length and reaches a maximum depth of about 550 meters, thus making it the largest and deepest canyon in Africa. It is a popular tourist attraction in Namibia since the numerous paths along it, allow to visit it all with an exciting and spectacular 5-hour excursion. 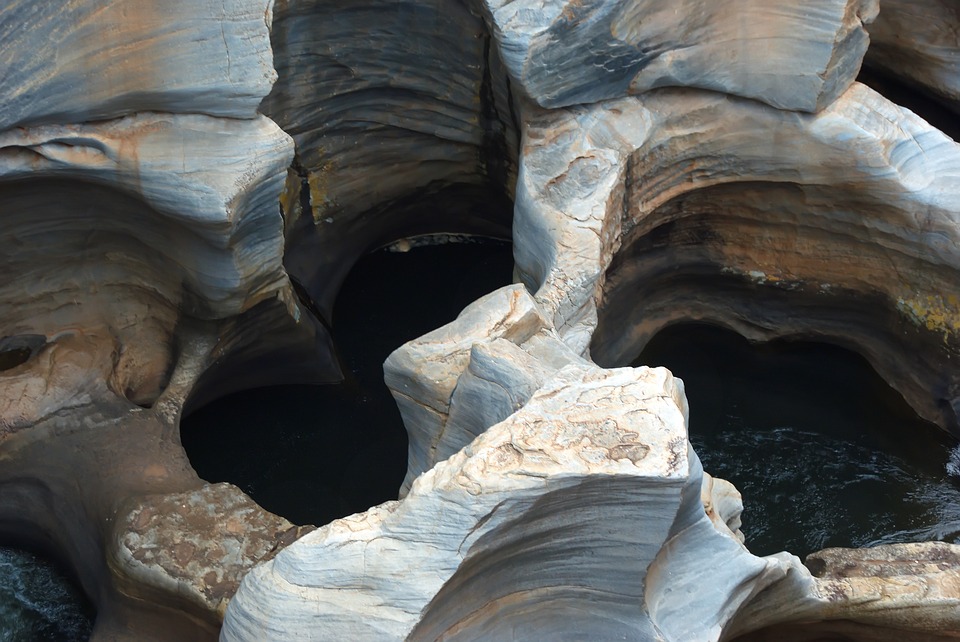 The Blyde River Canyon is about 25 kilometers long and about 800 meters deep, which makes it the second-largest canyon in Africa. While it doesn’t come close to being the largest on the Earth, it has the distinction of being one of the greenest. It’s because it is covered by abundant subtropical vegetation, which certainly adds more charm to the place. Actually, some of South Africa’s most incredible views can be seen from the edge of this canyon and the view even crosses the border to Mozambique. The fauna that inhabits the Blyde River Canyon is also extraordinary as there are over 5 species of primates. 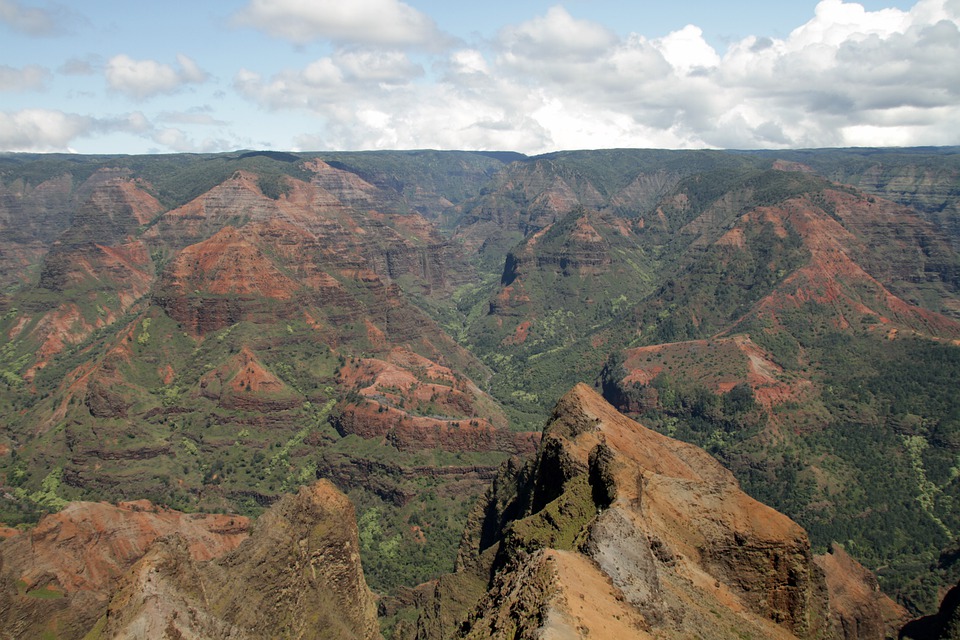 Waimea Canyon is about 16 kilometers long and reaches a depth of nearly 900 meters. Initially, this canyon was created by volcanic action, later, it was shaped by water erosion. “Waimea” means “reddish water” in Hawaiian and is given to the canyon due to the color of its soil. 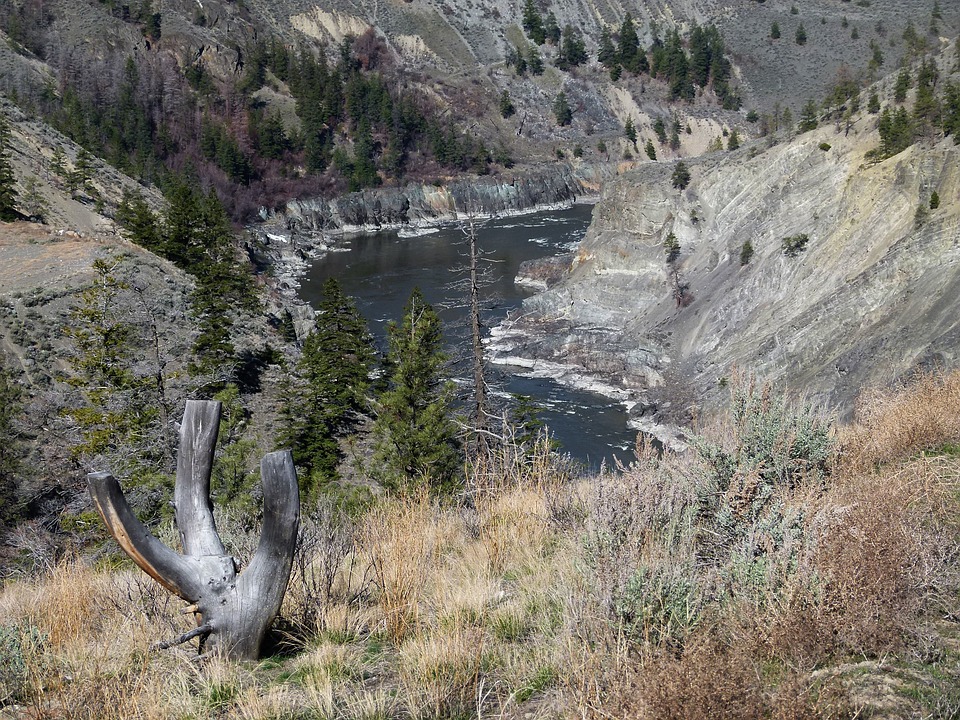 Fraser Canyon in British Columbia Canada offers spectacular scenery across the mountains and reaches a depth of approximately 914 meters at some places. It’s located in an immense park, where it is possible to make different types of excursions thanks to the rivers, lakes, tunnels, and caves waiting to be discovered and explored.

A series of returns completed by the Tara river over the years formed this gorge, which is the deepest one in Europe. Located in the Durmitor National Park, the 82 km long Tara River Canyon is protected by UNESCO. The nature spectacle is also presented with nearly 40 waterfalls that plunge into this fantastic canyon. 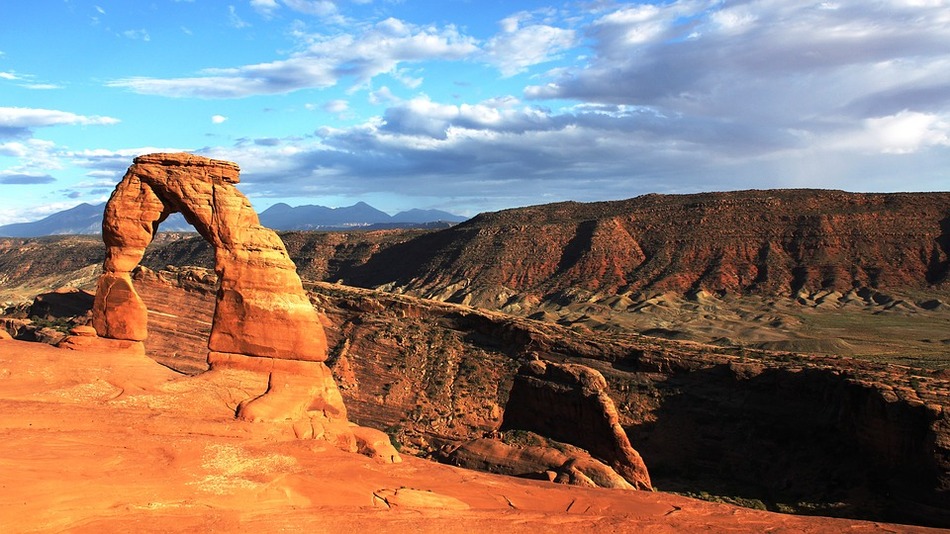 It may not be the largest canyon in the world (although many people think it is), but it certainly is the most famous one. Despite the approximately 1830 meters depth and 445 km length, this majestic place has been excluded from the seven wonders of the natural world.

Geologists are still debating how the Grand Canyon formed. The most recent theory is that 17 million years ago the Colorado River began carving its way through the many layers of rock and then continued to widen and deepen the channel, thus creating the current configuration. The Grand Canyon is currently visited by over 5 million people a year coming from all over the world. 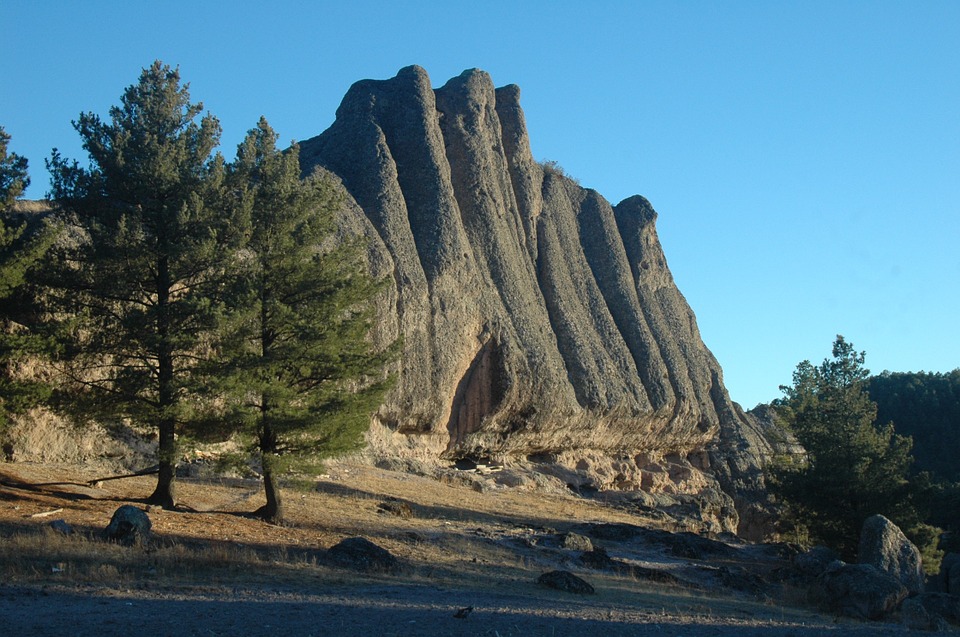 Unlike most canyons, this one isn’t a single canyon but a series of six canyons collectively known as Copper Canyon or Barranca del Cobre, as it’s called in Spanish. Named after the coppery green hue of its walls, the six rivers responsible for creating these amazing valleys flow into the Sea of ​​Cortez as part of the wider Rio Fuerte. The deepest canyon of the group, Barranca de Urique, reaches around 1879 meters in depth. This area is rich in wildlife, but, unfortunately, many of the species that live here are now endangered due to deforestation.

The Yarlung Zangbo Grand Canyon in China is approximately 241 kilometers long and winds around Mount Namcha Barwa and through the mountains of the eastern Himalayas. The Yarlung Tsangpo Zangbo River becomes the Brahmaputra at the end of the gorge as it passes through India. The area has been declared a nature reserve by the Chinese government due to its unique ecosystem which consists of rare animal and plant species preserved by human intervention. 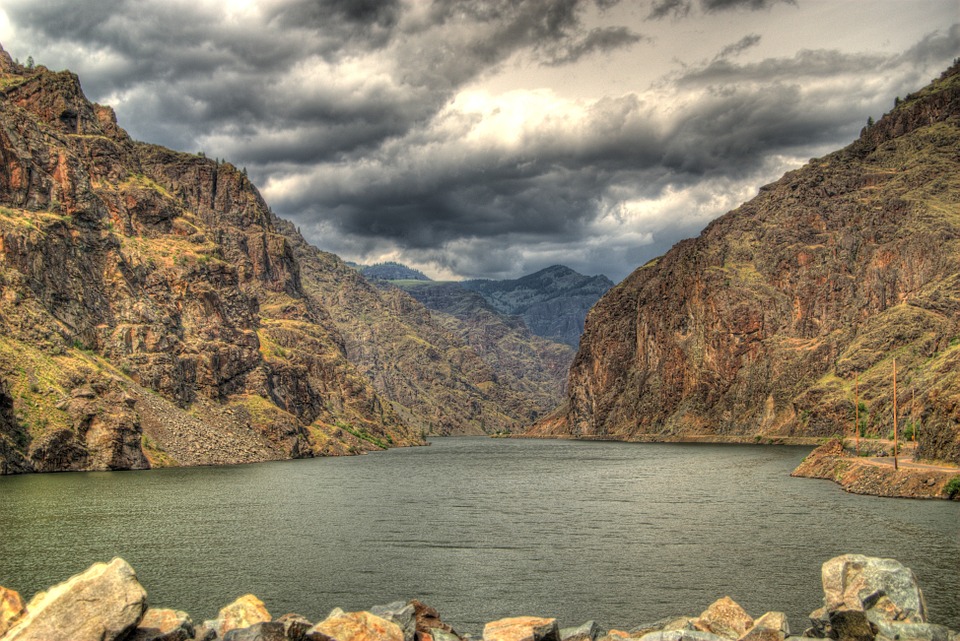 Hells Canyon is the deepest canyon in the United States and 16 kilometers wide. It was formed by the erosive action of the waters of the Snake River. Hells Canyon is difficult to reach as only three roads go through the canyon and it is located in a unique natural area. In 1975, the United States Congress established the Hells Canyon National Recreation Area, which is accessible for visitors. There, you can enjoy scenic views, hiking, and camping, mountain biking, and other activities. 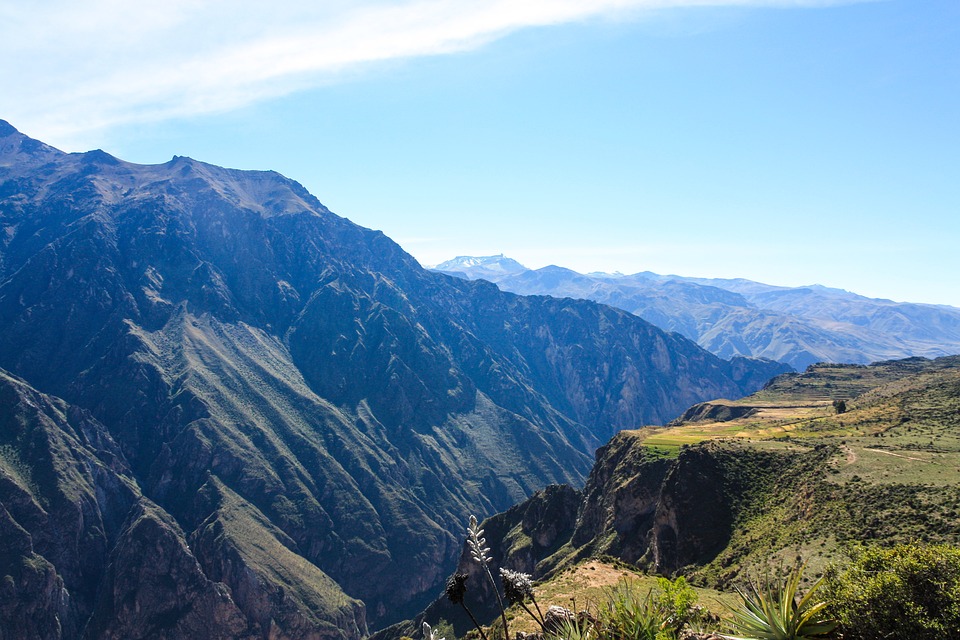 The Colca Canyon is a geographical marvel located in southern Peru and offers truly an impressive sight. It is one of the deepest canyons in the world, with a depth twice bigger than that of the Grand Canyon in Arizona. Also, it is one of the most visited tourist destinations in Peru and the place where many species of rare and unique animals live, such as the Andean Condor, the Vicuna (a South American camelid), and several other species of birds and mammals. The valley also boasts 6.000-year-old archaeological sites, hot springs to soak in, and the famous Infiernillo Geyser. In addition, it has to be mentioned that this area is specifically fertile and has been cultivated since pre-Inca times.

The canyon, the deepest point of which reaches 3354 meters, was carved by the Cotahuasi River between two mountain ranges, Coropuna and Solimana. The landscape surrounding Cotahuasi Canyon is as fantastic and spectacular as it is distant. Namely, if you want to visit the area, you will have to travel over 12 hours by bus to get there. If the distance feels uncomfortable and discouraging aspect, keep in mind that it’s favorable for conserving the area. To this day, it is considered the deepest canyon in the world ever measured.

The Kali Gandaki River, which winds its way through the Kali Gandaki Gorge in Nepal, is older than the Himalayan mountain range that surrounds it. The river is named after the Hindu goddess Kali and its troubled waters are black in color due to the presence of glacial silt. The exact depth of the giant Kali Gandaki Gorge is still discussed because not everyone agrees on what its deepest point is. However, if the depth was measured from the highest peaks on both sides of the river down to land, it would be the deepest canyon in the world, with around 6800 meters.