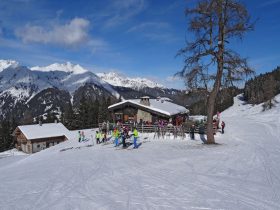 The 10 Best Ski Resorts in Italy

Nestled between the Pampa plain to the north and the Patagonian plateau to the south, Argentina is the second-largest country in South America, after Brazil.

It is a land where it seems that time has stopped, melancholic, and with a poignant beauty like the music of the tango that makes it memorable and characterizes it. Argentina is a land with history, culture, traditions, and wild landscapes: from pastures of beef cattle to the glaciers of the south to the red and bare mountains of the north, which wait to be discovered.

If you don’t know where to start from, start from the urban areas. Here are the 10 main cities of Argentina waiting to be explored. 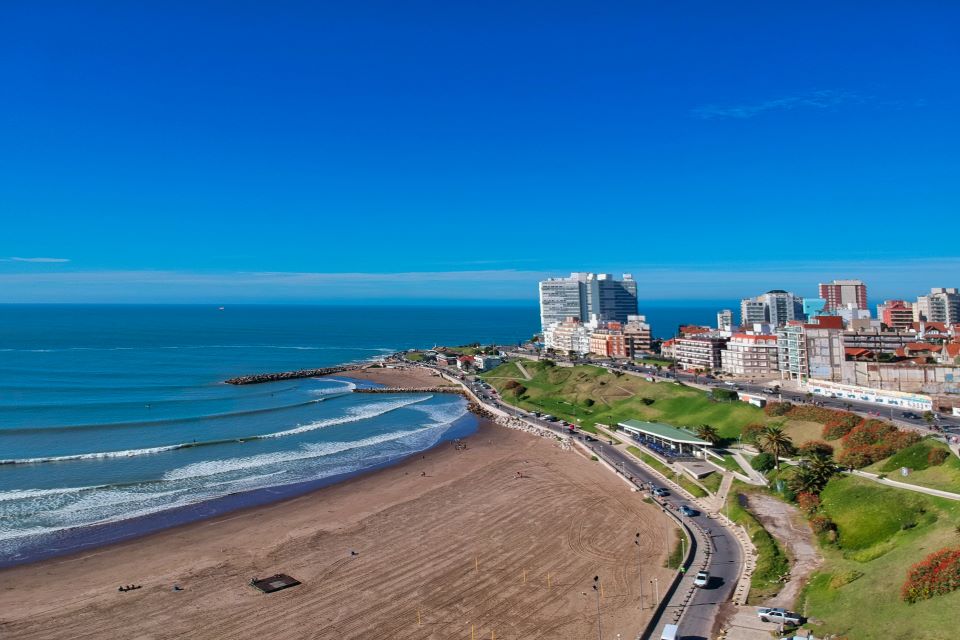 Bathed by the waters of the Atlantic Ocean, Mar del Plata is located 400 km from Buenos Aires. Called the “Happy City”, it was founded in 1874 and soon became a community of Italian immigrants.

Inhabited by 920,857 people, it bases its economy on the sea, fundamental for the fishing industry and for tourism due to the golden beaches where sea lions can be admired. There’s even a Sea Lion Monument dedicated to these marine creatures, which represents a symbol of the city.

A versatile destination, suitable for young people and families, Mar del Plata maintains a very low pollution rate thanks to the wind that beats on the city thus keeping the air clean. Popular with tourists from all over the world, it’s Miami of the Atlantic.

Best time: January, considered our August, when temperatures are purely summer, hence, it’s possible to experience every aspect of the city: from the beach to the water parks to the monuments.
Main attractions: the Sea Lion Monument, Acquopolis water park, San Pedro Cathedral, Palya Grande.
Low-cost flights: starting from €1005
Accommodation: hotels and b&b from €60 per room

Separated from Mar del Plata by the Rio de la Plata, a gigantic gulf, La Plata is the capital of the Buenos Aires province. It was founded in 1882 and today has about 700,000 inhabitants.

A city with tropical summers and mild winters beyond the average, it is characterized by a very particular shape: a central core cut by two diagonals that cross it respectively from north to south and from east to west.

Its economy is based on agriculture and farming for the production of dairy products.

Characterized by works of Italian, German, and American architecture, La Plata is a city to be discovered in the alleys and main streets, dotted with many symbols that recall Freemasonry. It is a tourist destination particularly suitable for young people.

Best period: January, March, and December due to the summer weather and the low rainfall rate. Also, in December, there’s a very original tradition similar to a Valencian tradition on the occasion of the New Year. At this event, the “momo” (particular dolls) are burned to celebrate the birth of the new year. It’s a truly original and unmissable show.
Main attractions: La Plata Cathedral, Natural Science Museum, Paseo del Bosque, Curutchet House.
Accommodation: hotels and b&b from €62 per room 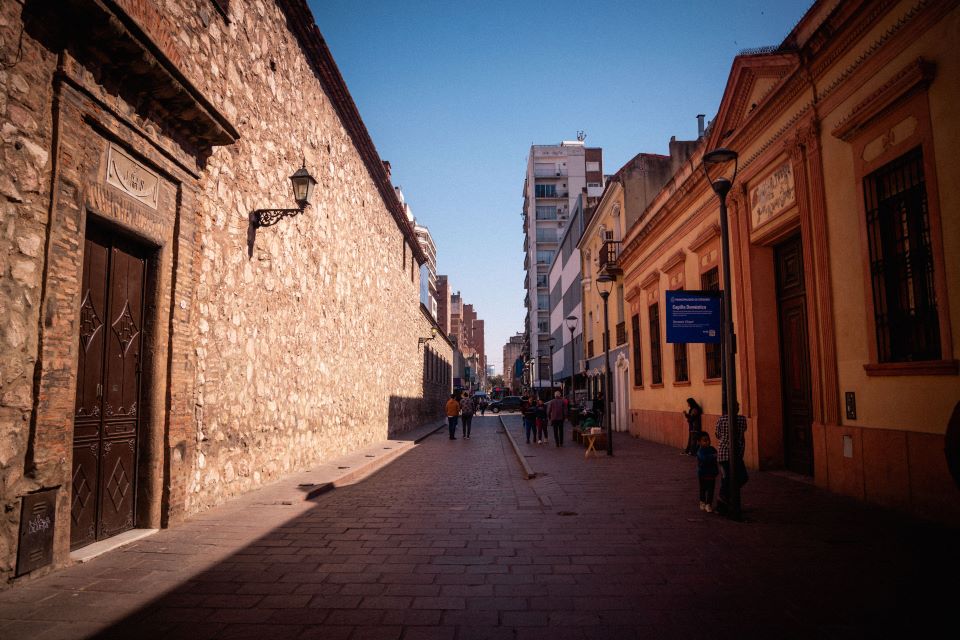 Founded in 1573, Cordoba is considered the second-largest city in Argentina in terms of importance and inhabitants right after Buenos Aires. The city has about 1,391,000 inhabitants and is located at the foot of the Sierra Chica plain.

Renamed “la Docta” for the many universities present, Cordoba is one of the most important cultural centers in Argentina. Clean and green, it still hasn’t made tourism the center of its economy, but it’s mainly based on the automotive, textile, and chemical industries.

The eclectic architecture of the city, which combines styles and genres from different eras, makes Cordoba a small pearl to discover during a trip to Argentina. Due to its art, culture, music, and parks, it’s a suitable destination for young people and families.

Capital of the Tucuman province, this Argentinian city has about 794,325 inhabitants. Located on the banks of the Salì river, 450 m above sea level, it is a predominantly agricultural city that bases its economy mainly on the cultivation of sugar cane, rice, tobacco, and fruit.

The Architecture of San Miguel de Tucuman combines Baroque, French, and Italian elements. The most important monuments are the Cathedral of Our Lady of the Incarnation, the church and convent of San Francesco, the House of Tucuman, and the House of the Government. Visiting this city means coming into contact with the oldest and most plain Argentina, touching the history of this land and this city first-hand.

Best period: September, a period when the temperature is mild but not too hot, the rainfall rate drops, and the Septiembre Musical takes place (a famous festival that brings together local and national musicians).
Main attractions: Cathedral of our Lady of the Incarnation, church and convent of San Francesco, House of Tucuman, House of the Government.
Accommodation: hotels and b&b starting from €61,18 per room 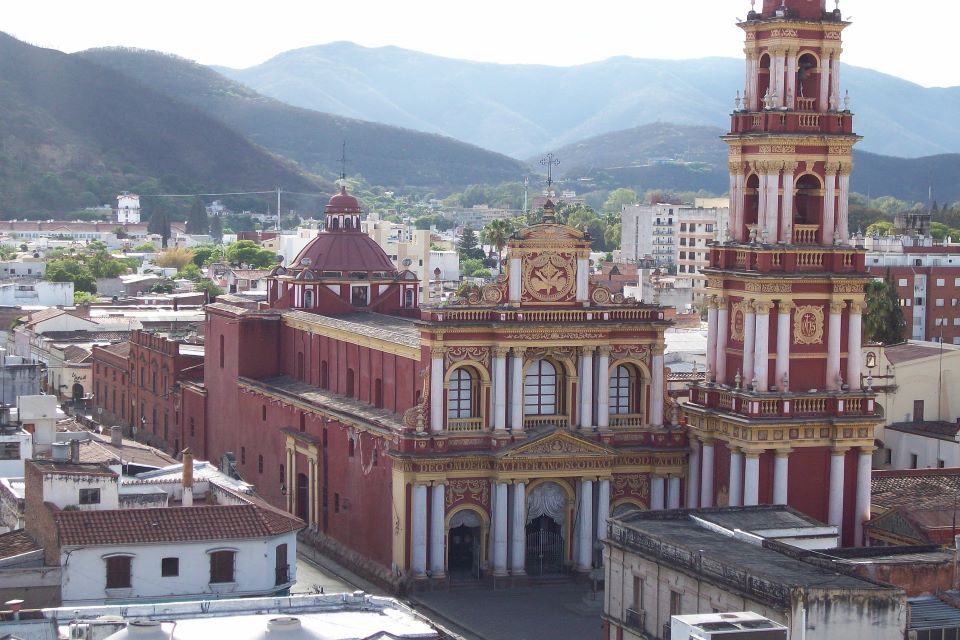 Founded in 1582, Salta rises in the Lerma valley, at the foot of the Andes mountain range. It’s considered one of the most beautiful cities in Argentina to the extent that it has been renamed “la Linda”, which means beautiful in English.

Surrounded by breathtaking landscapes and dotted with monuments, it is a great tourist destination. The city is also the starting point of the Train of the Clouds, a railway line, located at about 4,000 meters of height at certain points, so sometimes the clouds can be seen below the track. An enchanting city, it lends itself perfectly to any type of trip.

A cosmopolitan and third most populous city (about 1,098,156), Rosario is located on the banks of the Paranà river.

Anchored to an industrial and agricultural economy, this city also boasts a diversified tourism sector for its historical, artistic, and cultural beauties, its parks, and its food and wine. This makes the city suitable for different travel expectations. As such, Rosario lends itself to any target due to the many attractions it offers, from artistic walks to sublime experiences such as tango or food, to the most sparkling kayaking experiences on the river waters.

Rosario is also the birthplace of Che Guevara. In fact, it’s possible to visit his house and the numerous monuments in his memory.

Best time: usually it can be visited all year round, however, June and July are not recommended because they are the coldest months, as well as February and October because they are the wettest months.
Main attractions: Che Guevara’s birthplace, Our Lady of the Rosary Cathedral, National Flag Monument.
Low-cost flights: starting from €521
Accommodation: hotels and b&b from €65 per room

Founded in 1561, today Mendoza is the fourth most populated city in Argentina, with 1,100,000 inhabitants. It’s located almost on the border between Argentina and Chile and is a favorite destination for skiers and climbers due to its proximity to the Andes.

Based on a mainly agricultural economy, mostly on the oil and wine production, it has been renamed “land of sun and wine”. This city is particularly suitable for nature lovers, due to its valleys, rivers, lakes, parks, and breathtaking landscapes.

Founded in 1573, Santa Fe is considered the heart of Argentina. The 9th most populous city, with about 550,000 inhabitants, it bases its economy on the industry, which makes it one of the most important industrial centers in Argentina, and wheat, oil, and meat production.

An authentic city, rich in history and architecture, Santa Fe offers a versatile journey, with experiences ranging from museums to tree-lined parks, from the characteristic landscapes of Patagonia to a visit to one of the oldest and most famous breweries in Argentina: Cerveceria Santa Fe. The city is also the seat of the Archdiocese of Santa Fe de la Vera Cruz, the seat of the Argentine Catholic Church. 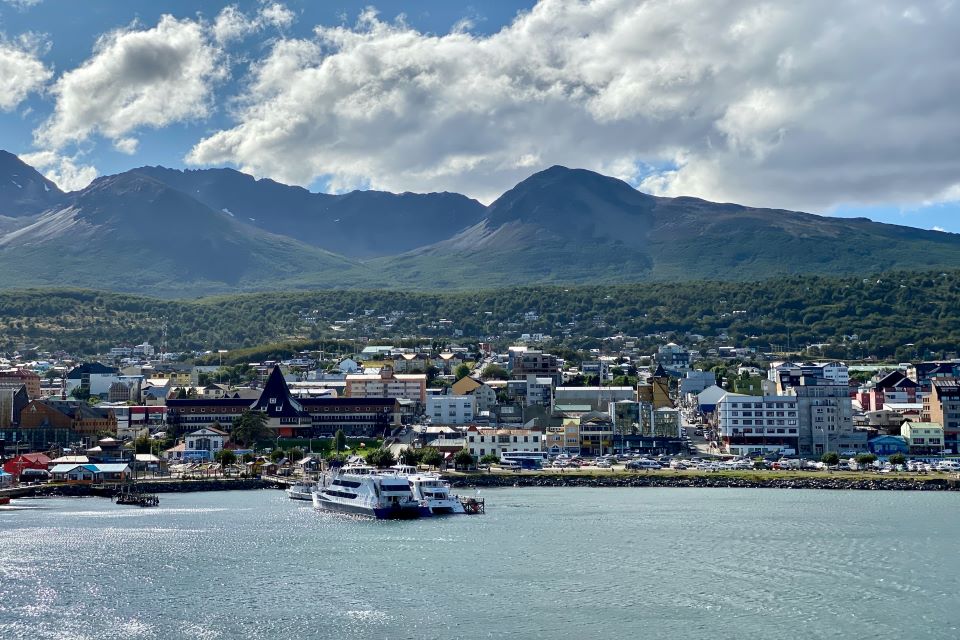 Surrounded by the Martial Mountains and the Beagle Channel and completely immersed in the sea, glaciers, and forests, Ushuaia is located on the southern coast of Tierra del Fuego (eng. Land of Fire). Founded in 1868, today it has about 56,000 inhabitants.

A particular feature of this city is its location. Due to being located on the 55th parallel, this city witnesses a truly surprising spectacle: in December, the sun never sets completely, so there is light even during the night.

Ushuaia is a particularly suitable destination for tourists who love nature and hiking as it offers breathtaking landscapes and lush forests. It’s also possible to take part in an excursion on the Tren del Fin del Mundo (eng. End of the World Train), a characteristic train that crosses this wonderful land.

Best time: all year round except August (the coldest month), and January, March, and December (the rainiest months).
Main attractions: End of the World Museum,  Bird Island, End of the World Train.
Low-cost flights: starting from €559
Accommodation: hotels and b&b starting from €67,14 per room
Recommended cards, tickets, and tours: Beagle Channel and Sea Lions Island: Cruise from Ushuaia 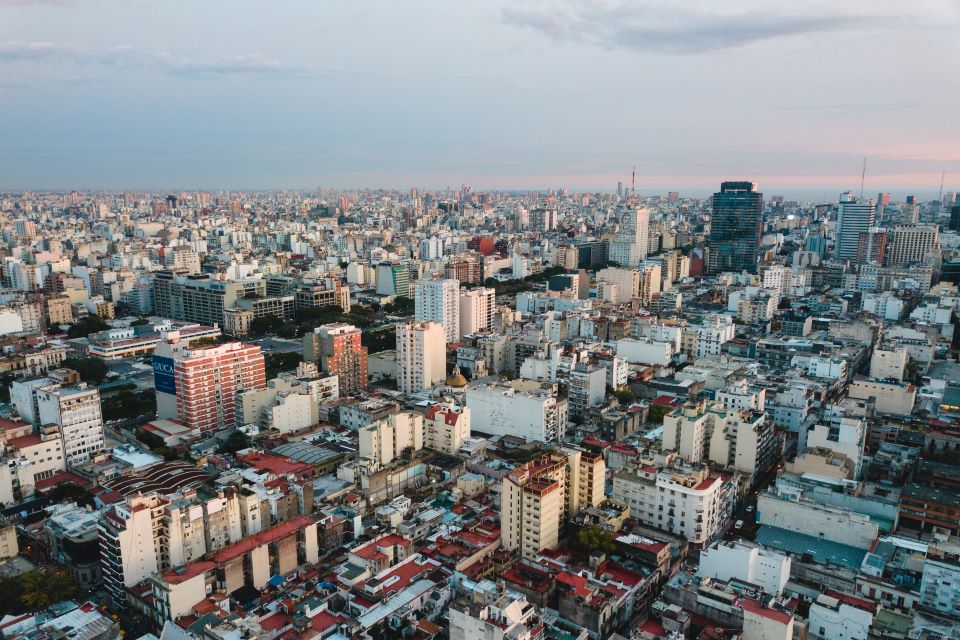 Founded in 1536, today the capital of Argentina and one of the largest metropolises in South America, Buenos Aires has about 3,068,043 inhabitants. It’s part of the pampa and rises on the banks of the Rio de la Plata. Characterized by a tropical and humid climate, this exuberant and lively city is full of attractions and monuments as well as characteristic and colorful neighborhoods.

The widest street in the world is located in Buenos Aires: July 9 Avenue (a name that expressly refers to the day of the declaration of independence of Argentina).

Dotted with charming corners and traditional music, Buenos Aires is a truly amazing city, suitable for any type of travel. Perfect synthesis between antiquity and modernity, between passion and folklore, it’s an unmissable destination of a trip to Argentina.

Best period: all year round except June and July (the coldest) and February (the wettest).
Main attractions: Casa Rosada, Cathedral of the Holy Trinity, Recoleta Cemetery.
Low-cost flights: starting from €479
Accommodation: hotels and b&b starting from €69.11 per room