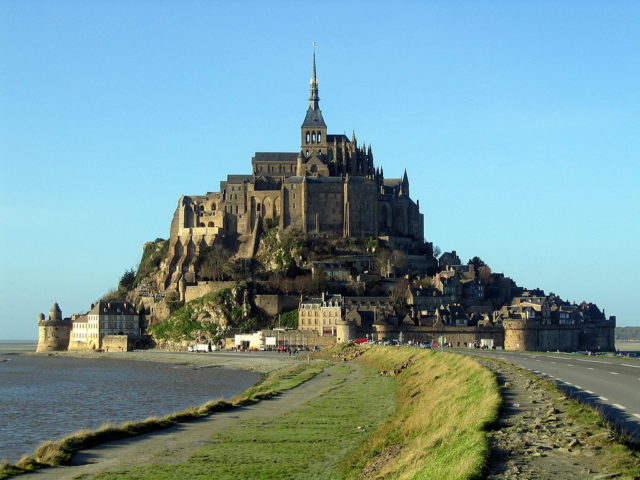 The 10 Most Beautiful Castles in the World

Undoubtedly, religion was born with man. Imagining the living conditions of people in the past isn’t difficult: no TV, computer or cell phone, cinema, concerts, or books. Only men and their daily toil… sadness and boredom.

To appease the unbearable heaviness of that kind of life, people have built many places of worship all over the world; that’s why every city has at least a couple of shrines dedicated to the most varied cults, built over thousands of years.

But which are the most important? Which are the greatest? If the bigot in you should appear right now, don’t worry; by reading this ranking, you will find out where the largest churches in the world are located.

NOTE: The following ranking is not based on official data, therefore, it’s subject to continuous revisions and updates. Let us know of any changes and corrections in the comments below, attaching your sources. We will be happy to evaluate possible additions. Thanks to all for the valuable contribution.

10. Basilica of St. Paul Outside the Walls – Rome, Italy

Size: 8,515 sqm
Year of creation: it was built in the 4th century but renovated several times, the last time in the 20th century
Architectural style: neo-byzantine, neo-romanesque
Fun fact: It’s dedicated to Saint Paul as it stands on the place where the apostle has been buried according to tradition.

A reference point of the Christian faith, this church is part of the papal basilicas and is the largest after St. Peter’s Basilica. It’s located in Via Ostiense, in the homonymous district, near the left bank of the Tiber, about 2 km outside the Aurelian walls.

Following the apparitions of the Madonna, this church has become one of the most famous for devotees of the Marian cult. Many popes have visited this shrine over the years, among which we remember Pope John XXIII and Benedict XVI. Inside the church, there is the so-called “chapel of the apparitions”. These, you can admire the wooden statue of the Madonna.

Size: 9,687 sqm
Year of creation: between 1904 and 1978
Architectural style: neo-gothic
Fun fact: It’s the largest Anglican church in the UK

This Anglican cathedral in Liverpool, which was built following the announcement made by the diocese in 1901, can accommodate up to 5,800 people.

7. Shrine of Our Lady of Lichen – Lichen Stary, Poland

Size: 10,090 sqm
Year of creation: between 1994 and 2004
Architectural style: a mixture of ancient Egypt, popular versatility, and fair taste
Fun fact: This church was built thanks to donations from pilgrims.

The Church of Our Lady of Lichen is the largest Catholic shrine in entire Poland. It stands on the place where the first apparitions of Our Lady of Sorrows were sighted. Its 141-meter high tower is one of the tallest in the country and one of the slimmest in entire Europe.

Size: 11,200 sqm
Year of creation: 1892
Architectural style: romanesque and byzantine architecture, neo-gothic style
Fun fact: It was destroyed after a fire in 2001

This Anglican Cathedral is rightfully one of the most famous in the United States. What’s interesting about this church is that its construction proceeds in fits and starts and is still unfinished.

The Cathedral of Santa Maria (Sant Mary) is known by all as the Cathedral of Seville, so don’t be surprised if the locals don’t recognize it by its original name. After a long discussion, this cathedral has entered the UNESCO World Heritage Site list.

Size: 11,700 sqm
Year of creation: its realization took almost six centuries
Architectural style: gothic
Fun fact: The left side of the cathedral is visible only for a glimpse due to the other buildings that are too close to it.

The most famous Gothic church in Europe and one of the best known in the world is located in Italy. The Duomo is a very important reference for the city of Milan and a symbolic monument for the entire Italy. Destination of millions of tourists, the Cathedral is also the seat of the archdiocese of Milan.

3. Basilica of Our Lady of Aparecida – San Paolo, Brazil

One of the holiest places for the Brazilian believers, the Basilica of Our Lady of Aparecida is the largest pilgrimage site in the world. In fact, this sanctuary has more than 10 million visits a year. It’s also the largest Christian church on the American continent.

Size: 12,069 sqm
Year of creation: 1920/1961
Architectural style: neo-byzantine and neo-romanesque
Fun fact: Although its first stone was laid in 1920, this great temple appears to have been conceived as early as 1846.

With over 80 chapels and oratories honoring the Mother of God, this church intends to represent peoples from all corners of the globe, reflecting the cultural diversity of the United States.

Size: 15,160 sqm
Year of creation: 1506/1626
Architectural style: renaissance and baroque
Fun fact: Legend has it that under the altar of the church is the tomb of St. Peter, one of the 12 apostles of Jesus, considered the first Pope of the Church.

The Church of the churches is located in the city of Vatican, in Rome. This monumental building can accommodate over 60,000 people. And, it really does welcome them as it happens on Sundays during the celebration of Mass by the Pope.