The Most Beautiful Aquariums in the World

Have you ever wondered which are the largest airports in the world?

Some airports that might seem huge aren’t even closely large compared to the ones found in this article. Some of these even have trains, subways, shuttles, and very long mobile walkways to facilitate the movement of passengers. Impressed?! You’ll be blown away when you find out what else is there. So, if you want to find that out, let’s keep on reading our list of the biggest airports in the world.

This is the largest airport in France and one of the largest in Europe, with 32.37 square kilometers. It carries the name of a former French president and is the main hub of Air France, the national airline that directly connects the city to other European capitals. It has 4 terminals and countless take-off/landing runways. There are also many shops, markets, and restaurants where you can spend the waiting time. 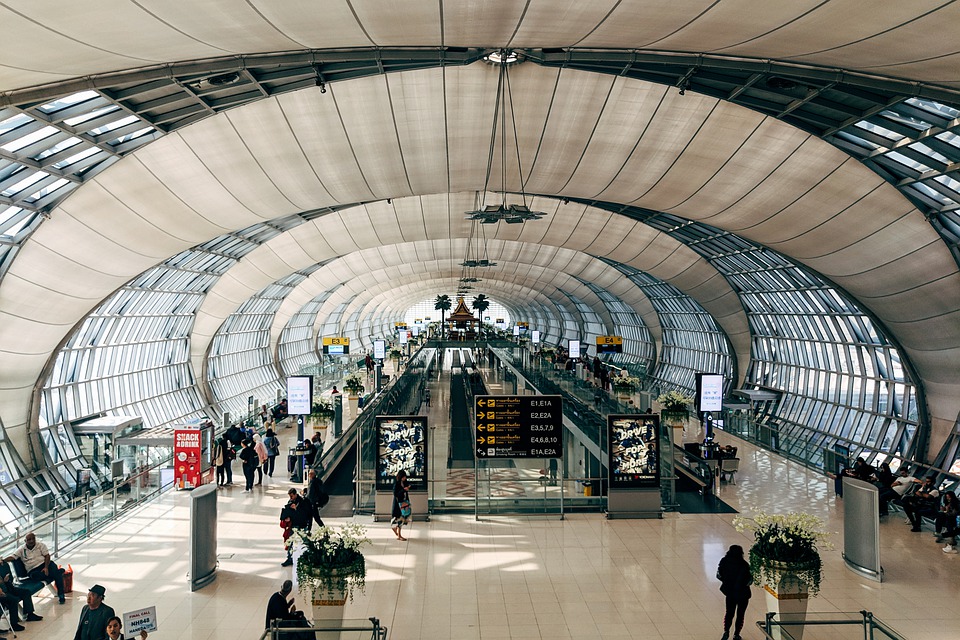 Bangkok airport is first in size in many categories. It’s the largest of the 2 airports in the city, the largest airport in Thailand, the largest in all of Southeast Asia, and it’s among the largest ones in the world with a small difference in square kilometers compared to the previous one. It’s so large and equipped with various terminals that it can be used, both, as the main hub of many airline companies, including Bangkok Airways, Thai Airways, Orient Thai Airlines, and PBair. Also, it’s a secondary hub for Emirates Airlines, China Airlines, Indian Airlines, and Srilankan Airlines.

Cairo airport also has several “titles”, but they are kind of vague. It’s the second busiest airport in all of Africa and also the one with the most passengers in the Middle East. It’s also ranked among the largest airports in the world. Initially, this airport was created to be used as a base for the US Air Force during the Second World War. Later it became a civil airport and developed a lot throughout the years, so today it’s the hub of 3 Egyptian companies: EgyptAir, Nile Air, and AMC Airlines. It’s also used by over 65 other airlines and 9 cargo service companies.

Shanghai Pudong Airport is one of the largest airports in the world but also one of the best! It covers an area of ​​almost 40 square kilometers and while it has only 2 terminals, it has 5 runways. It is the base of Shanghai Airlines and the main hub of China Eastern Airlines, both of which connect it to the other major Chinese airports and the rest of the world. With its size, both, in terms of surface area and air links, it receives a substantial number of passengers and freight traffic every day.

With the Geroge Bush Airport, in Huston, Texas, we not only continue to climb the ranks of the largest airports in the world but we also start meeting the largest airports in the United States of America. This airport covers almost 45 square kilometers and is the second hub of the United Airlines company. It has 5 terminals and 130 boarding gates, as well as several runways and countless shops, restaurants, and activities of all kinds.

Named in honor of the 52nd Secretary of State, John Foster Dulles, this airport is one of the largest in the world, the main of the 3 airports in the Baltimore-Washington region, and the last of the 3 in the number of passengers. Although it covers a large area, not all of its space is occupied by the various airport services nor it’s equipped with many terminals, runways, and boarding gates, as one would expect. Still, it remains the main arrival point in the city and one of the hubs of United Airlines.

The main airport and arrival point in Florida is in Orlando. This 53 square km international airport is a secondary hub of AirTran Airways but also an important stopover for Southwest and JetBlue Airways before they reach other US final destinations. 44 other airlines land at this airport and there is also a gate dedicated to flights to and from Europe which are used by British Airways, Virginia Atlantic Airways, Lufthansa, and Condor Airlines.

This is the third-largest airport in the world and the second-largest in America. It’s located in Texas, precisely in Grapevine, halfway between the cities of Dallas and Fort Worth, from there the name. This international airport covers an area of ​​almost 70 square kilometers and has 5 terminals and 7 runways, which makes it one of the largest commercial airports in the United States as well as one of the busiest. It’s so big that it even has its own postal code as well as a police station, fire protection, and medical emergency service.

If the previous airports seemed big to you, the Denver airport is really huge with an area of impressive 135 square kilometers. It’s the main hub of Frontier Airlines and Great Lakes Airlines and a stopover for many other companies. The airport has 4 terminals and 6 runways as well as means of transport to move around it. Apart from being one of the largest airports in the world, it’s also one of the best in managing the high traffic of passengers and goods.

If Denver airport seemed impressive to you, you’ll be blown away by this one since Denver is nothing compared to it. King Fahd International Airport covers an area of unbelievable ​​776 square kilometers (the size of an entire province or state), which makes it by far the largest airport in the world. It’s named after the fifth King of the kingdom of Saudi Arabia and is, obviously, the main hub of the country’s airlines, Sama Airlines and Saudi Arabian Airlines. Its interior is so refined that it looks like a palace. Also, it’s equipped with every shop and service you need that you will feel like walking in a city.