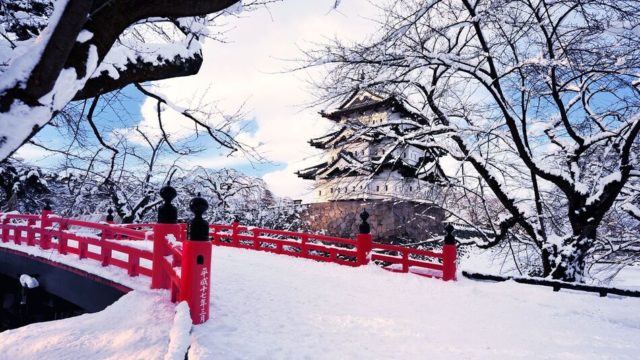 The 10 Snowiest Places in the World

Did you know that trees are an incredible source of information on the history of our planet? Indeed, we can learn about the Earth’s climate and our history from the age of trees. But calculating the age of these magnificent living beings is not easy and, often, similar techniques are used in different countries. The most common method is the one that studies the rings in the trunk of the tree, with each ring being equivalent to one year of life.

An old tree is not only a witness to itself, but also to information useful to science. They are pieces of history really worth visiting. So, here, we show the oldest trees in the world.

We start our list with a huge conifer – Bennet Juniper. This millennial tree is part of the ‘Western’ species and is considered the oldest and largest one of its species in the world. In the United States, this type of shrub is so widespread that there are different types.

More than a specific tree, we find here a species of sequoias that stands out for its longevity compared to the others. One of its oldest specimens is the Coast Redwood, with an age of 2200 years. There is also the well-known General Sherman, which probably exceeds 2300 years of age. These are typical trees for California and have a pyramid shape. Depending on the type, they can reach 120-140 meters in height and can easily be planted in Europe as a forest plant.

Planted in 288 BC, this fig is a very important and sacred plant for the local people. It’s actually, a direct descendant of the tree that saw Buddha’s spiritual enlightenment. It has been classified as the oldest tree planted by man and serves as an example of what man can do for nature and the environment. 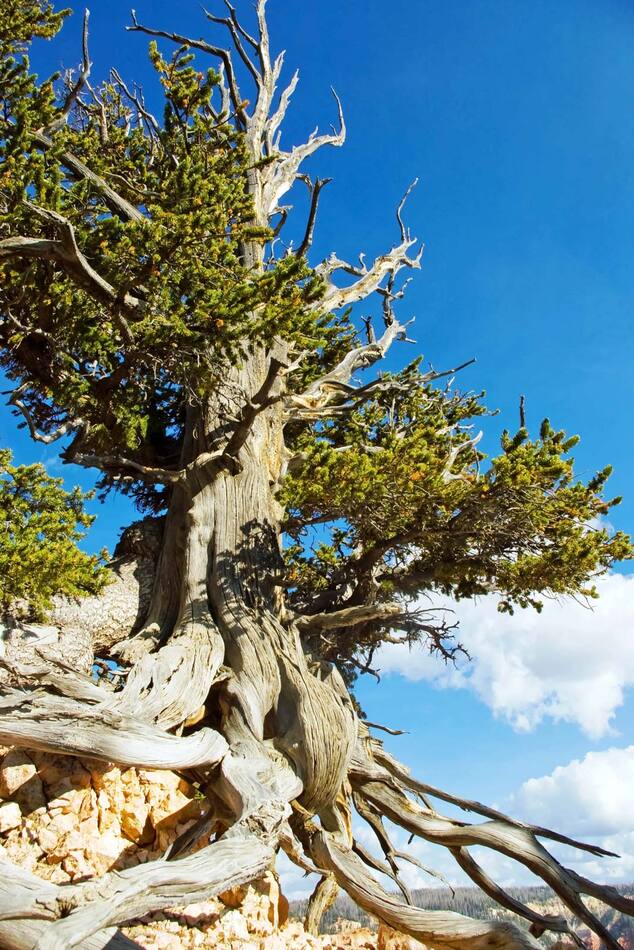 Here is another species that withstand the passage of time better! They are medium-high pine specimens, typical for the areas of Colorado, New Mexico, and Arizona. The Rocky Mountain specimen is 2459 years old. It lives in cold and dry climates and at very high altitudes. We can find these beautiful pines on segments of rocky land, where the tree species end up. 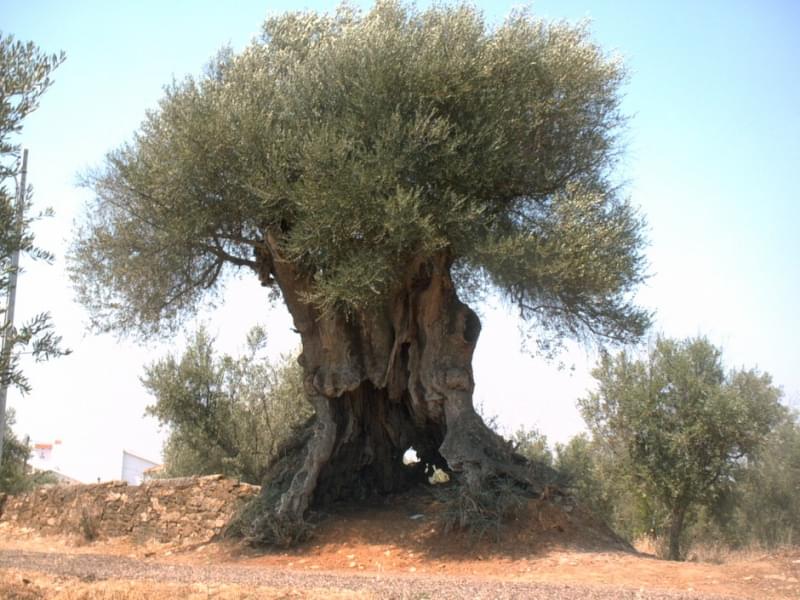 The mythical European olive tree can’t be left out of this list! This Portuguese specimen branches into two very solid branches, thus offering an evocative effect. It is thought that it originates from an ancient olive grove, which was planted before the area was urbanized. It is a typical species of the Mediterranean basin, but we can also find specimens along the Arabian peninsula and up to southern China. As we know, these trees don’t grow in height; it is the majesty of their trunk that characterizes them. Always a symbol of peace, but also strength, faith, and longevity, starting from sacred writing, up to the Christian religion, passing through Homer, this tree has always represented the wisdom and industriousness of the man.

This Cariniana species possesses numerous ancient specimens on Earth. But the grandeur of the ‘Patriarch’ is already obvious from the name its loyal scholars have given it. It is a species of a woody plant that lives in the tropical areas of Brazil, Venezuela, and even Madagascar. Due to its natural composition, this species is exploited to obtain very resistant wooden material. It is more and more difficult to find long-lived specimens due to deforestation which has reached the point of no return, especially in Brazil.

Chestnut trees are one of the most ancient species on the planet! This eminent millennial species is one of its living specimens and is located in the municipality of Sant’Alfio, the province of Catania (Sicily), Italy. According to estimates, the Chestnut of the 100 Horses is between 3000 and 3500 years old.

It is known for being one of the largest trees in the world (mentioned several times in the Guinness World Record book). Its name originates from a legend according to which a queen passing through Sant’Alfio took shelter under its branches together with her army of 100 knights.

This wonderful cypress is found inside the Alerce Costero National Park. It has a circumference of 5 meters but its height is Guinness-worth: 70 meters separate the top of the tree from the ground. It belongs to the Patagonian cypress family, which is the largest species in South America. This species was given the name Cupressoides Fitzroya in honor of the British commander Robert Fitzroy, who hosted Charles Darwin during his expedition to the Americas, an experience that led the scientist to formulate his famous theses on the origin of the species.

S’ozzastru is the patriarch of millennial olive trees throughout Europe as well as the oldest tree in Italy. The name, translated from the Sardinian dialect, means ‘Olive’, due to the specific color of its leaves. Its health has been guaranteed since it was declared a natural monument in 1991. A few meters away by his side, we find his younger brother, which is just 2000 years old. The guided tour a group of local young people, who work to invest in the area, offer is very interesting.

With a height of 25 meters and a circumference of an additional structure of 18 meters, this cypress is one of the main tourist attractions in the area. It is a majestic specimen not only for its size but mostly about its longevity, due to being estimated that it is the second oldest tree in entire Asia. Not for nothing, it’s protected by the Iranian organization for cultural heritage. A true basin of natural history!

Most of the oldest yews can be found in North Turkey. The Zonguldak yew, specifically, dates back to the Bronze Age and takes its name from the Turkish province in which it’s located. Thie species was discovered by the director of the conservation department of Turkish natural parks, Sezgin Õrmeci, who wanted to make the area around the specimen (150 hectares) a national monument.

With a circumference of 10.75 meters at ground level, the Llangernnyw Yew is one of the 50 most important trees in Great Britain. It is located near the village from which it takes its name and, thanks to its presence, the influx of tourists is guaranteed. Its fame is also due to a legend that tells of a spirit who wanders under the branches of the tree on Halloween night foretelling the names of the inhabitants who will die within a year.

In 1964, when its longevity and historical importance had not yet been revealed, a researcher from the United States Forest Service ended the tree’s long life by cutting its trunk. Discovering the sad truth, it was decided to give the specimen a name that will be remembered. They chose Prometheus, the one who stole the fire from the Gods to give it to mankind.

Carrying the name of the longest-living Biblical figures, we can understand the importance and longevity of the specimens. This extraordinary pine is found within the Californian National Forest, at an altitude of 3,000 meters. Until 2012, it was the oldest tree in the world, when a group of scholars discovered another pine that could boast an even more important history.

The Great Basic Bristlecone Pine wins the title of longest-lived species in the world. It is found at an altitude of almost 3,000 meters in the famous Californian mountains. It was discovered by Edmund Shulman, a New York scholar who has devoted his entire life to researching the oldest living trees on our planet. This tree not only surprises with the fact that it doesn’t show its age at all but also with the bright yellow-orange color, the deep cracks in the bark, and the gnarled appearance of its large branches, which are typical for high altitude trees.