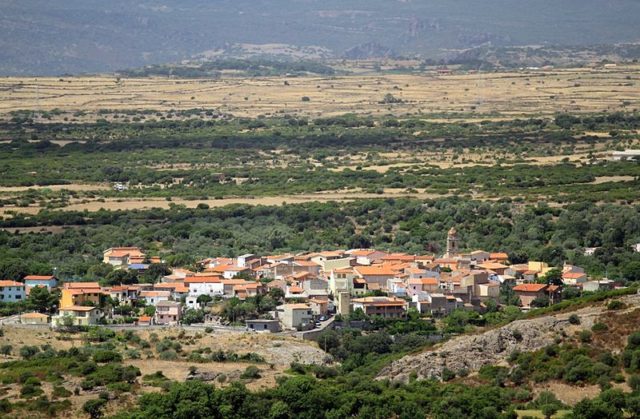 When we think of the pyramids, the incredible Egyptian constructions or the ancient buildings we’ve seen in school books immediately come to our mind. But those aren’t the only pyramids and they don’t necessarily have the “classic” shape. Indeed, there are many constructions that are pyramids but don’t look like those of Egypt.

Here are the 8 largest pyramids in the World!

El Mirador is a large pre-Columbian site. It’s located in the northern part of the El Petén department in Guatemala. Its location is very far from the usual tourist routes but it’s one of the largest archaeological sites of the Mayan era. It developed from the 10th century BC, reaching its maximum splendor between the 3rd and 2nd century AD. Subsequently, it is assumed that the site was abandoned for several generations until it was later reoccupied and then abandoned again.

El Mirador covers an area of ​​about 25 square kilometers on which a lot of buildings are located. The most important are three large complexes which consisting of a large artificial platform on which several pyramids were built. One of them is La Danta – the tallest Mayan building that has come down to us.

Location: Guatemala
Height: 70 m
Width: platform over 300 x 600 m wide and 10 m high
Inclination: not definable as it is made up of different parts and buildings

It is the largest building in Teotihuacan and one of the largest in all of Mesoamerica. The Pyramid of the Sun was built near the Pyramid of the Moon and the Citadel. It is part of a large complex in the heart of the city of Teotihuacan. The pyramid was named by the Aztecs who rediscovered the city centuries after its abandonment, so the original name is unknown.

The pyramid was built in two phases and it’s believed that it was used to worship a deity of the Teotihuacan civilization. Unfortunately, the destruction of the temple above the pyramid itself prevented archaeologists from identifying it.

It is a multipurpose facility that serves as a Las Vegas hotel, casino, and entertainment venue. It’s located at the south end of the famous Strip, opposite McCarran International Airport. It is nestled between Excalibur and Mandalay Bay and the three structures are linked together by an internal railway. Thanks to its shape and its unmistakable reference to Ancient Egypt, it’s one of the most recognizable hotel-casinos in the city. It was one of the first themed hotels built and the only hotel in the world equipped with inclinators: special elevators that go up and down obliquely (39°) following the inclination of the pyramid itself. At the tip of the Luxor Hotel, there is a kind of really powerful lighthouse that is visible even from space.

Location: Las Vegas, United States
Height: 110 m
Width: 183 m the side of the base
Inclination: not specified, but it is a scale model of the famous Great Pyramid of Giza

The southern pyramid complex of Snefru, better known as the Rhomboid Pyramid, is the ensemble of the sovereign’s funerary buildings. It was built in Dahshur and is of extreme importance in the Egyptian architectural evolution as it marks the passage of the funerary complexes from the ancients with step pyramids to the following ones with classical pyramids. It never housed the mortal remains of the sovereign as it should have done because he already possessed the step pyramid of Meidum as a tomb. He decided, however, to continue the construction of this incredible complex.

Also known as the North Pyramid, it is the largest of the three great pyramids of the Dahshur necropolis. It owes its name to the reddish tint that distinguishes it. It’s the third Egyptian pyramid in order of height after that of Cheops and Chefren. At the time of its creation, it was the tallest building in the world. It was also the first pyramid designed to be truly geometric, that is, with flat faces. The pyramid has not always been “red”: once, in fact, it was completely covered with white limestone from Tura. During the Middle Ages, almost all the roofing was removed and reused for the construction of Cairo. Since then, the pyramid has been reddish because by removing the roofing, the sandstone below was brought to light. In 1952, the remains of an unidentified mummy were found inside.

The Pyramid of Chefren, the 4th ruler of the 4th dynasty, is located on the Giza plateau. In its lower half, it has large, rough, and irregular blocks arranged with poor precision. The pyramid appears erroneously higher than that of Cheops because it was built on a rock base about 10 meters high. One of its peculiarities is that it’s the only pyramid that preserves a part of the roof in white Tura limestone on the top (which originally covered the entire structure). The only funerary furniture found is a red granite sarcophagus completely devoid of inscriptions and even broken. They found some bovine bones nearby.

The Pyramid of Cheops, also known as the Great Pyramid of Giza or the Pyramid of Khufu, is the oldest and largest of the three main pyramids of the necropolis of Giza, Egypt. It’s the oldest of the 7 wonders of the ancient world and the only one still mostly intact.

It was the tallest man-made structure in the world for over 3,800 years, until around 1300 AD. Originally, the pyramid had a smooth roof: what we can see now is the basic structure below. Inside of it, there are three chambers. The pyramid complex included two mortuary temples in honor of Cheops, three smaller pyramids for the queens, an even smaller one, and a causeway connecting the two temples, as well as small tombs for the nobles around the pyramid itself.

Inside of it, no coffin or funerary equipment was found since the pyramid was, most probably, sacked in ancient times. Today, a maximum of 100 people a day can enter the pyramid and taking photographs inside is forbidden.

It is the largest pyramid in the world as well as the largest pyramid ever built by man. It consists of four superimposed constructive moments only one of which has currently been brought to light. The pyramid today appears as a natural hill covered with grass, divided into four steps. It originally possessed 365 steps to symbolize the days of the year. On its top, where once there was the temple, today is the Catholic church of Nuestra Señora de los Remedios of 1594. It is located here because the Spaniards decided to superimpose a church on an Aztec sacred place for two reasons: as a gesture of purification and as an imposition of a new religion and a new society.

Location: Mexico
Height: 64 m
Width: 500 m
Inclination: currently impossible to determine as most of it is underground