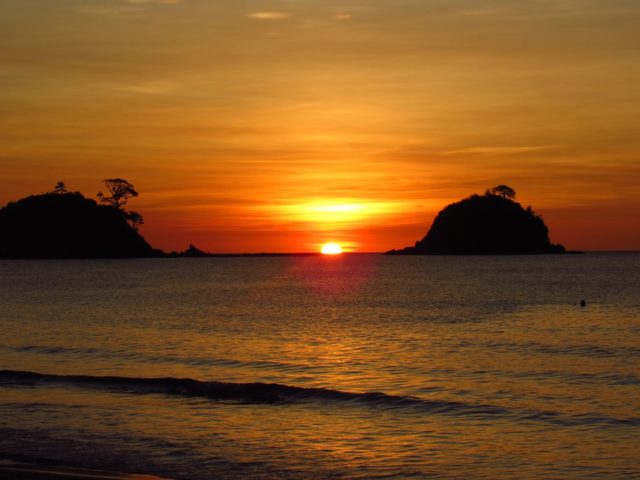 The word desert evokes in us the idea of ​​an oppressive heat that dries up the throat. A heat, so intense, that it dulls the senses to that extent we see things that aren’t there, deceived by the mirages of Fata Morgana. Actually, the desert doesn’t necessarily have to be a hot place with dines and oases. It can also be extremely cold and a vast area completely covered in snow and ice.

Indeed, the deserts we know, with a burning sun and deadly sandy dunes and lines of camels looking for oases, aren’t the only deserted areas on the planet. The ice-cold areas are, too, considered deserts.

To shows you the deserts of both climate extremes, we’ve compiled a list of the 20 biggest and most important deserts in the world.

The largest salt flat in the world is located in Bolivia, at 3650 meters elevation. The Incas believed in the danger of the Ojos del Salar (Eyes of the Salt Desert) that swallowed the caravans. They do exist and are holes from which the underlying water comes out. And, they are very dangerous since they become invisible due to the light.

This plateau, rich in salt basins, is located in California. It’s very rich in plants and mineral deposits. There is the famous Death Valley, famous for its mysterious sailing stones.

In Namibia, we find one of the oldest deserts in the world. It’s rich in endemic species that are capable of adapting to a hostile environment with the fog being the only source of water. Although cool, this desert is uninhabited by humans.

Located in Chile, this desert is characterized by a strong thermal excursion with temperatures that oscillate between 0 °C at night and 25-30 °C during the day. It is the driest desert in the world.

Also known as the Great Indian Desert, it is a large and dry region in the north-western part. Its name in the local languages ​​indicates the sand dunes present in the region.

Also called the Gila Desert, it is a desert located in North America. It is characterized by a remarkable variety of animals, most of which are reptiles, including the famous Gila Monster.

The Colorado Plateau is a vast region in the southwest United States, crossed by the Colorado River and its tributaries. These particularly winding rivers have carved deep canyons into the rocks. The most famous is the Grand Canyon.

It extends mostly in Turkmenistan and is characterized by the “Gate of Hell” – a hole created by the man in 1971 to find oil. However, the hole made the ground collapse, thus opening a crater. To prevent the methane from escaping, which would create serious damage to the environment, the hole was set on fire. It has been burning ever since.

It is a desert, where the rain can be absent for years. The summers in this desert are among the hottest in entire Australia.

This desert extends between the United States and Mexico. It is a plain area interrupted by numerous small mountain ranges. According to the WWF, it is the desert with the greatest biodiversity.

It’s a dry and sparsely populated region of Australia. The British explorer Giles, the first European who crossed it, named it after his Queen – Victoria.

The Great Basic almost entirely occupies the state of Nevada and part of Utah (USA). In the central part, there is a vast depression that forms the bottom of an ancient prehistoric lake.

“The Great Thirstland ” is located in Africa, with 70% of its territory being in Botswana. Despite its name, this desert is home to lions, hyenas, antelopes, meerkats, and many species of plants, especially grasses and acacias.

This desert is an alteration of steppes and desert, located in the north Arabian Peninsula. It’s full of beautiful oases, including Palmyra. The city of Damascus is located in one of them.

It’s the largest desert in the entire American continent. It’s located mainly in Argentina, with small portions in Chile. The wind that blows there, the Zonda, has formed interesting clay shapes.

It’s a vast desert in Asia that occupies part of China and Mongolia. Fauna and flora are sorely lacking, except for a few thorny shrubs and some species of rodents and snakes.

It’s the largest sand desert in the world that occupies almost half of entire Saudi Arabia. To this day, it’s still largely unexplored and practically uninhabited. Its red sand dunes can reach heights greater than the Eiffel Tower. No wonder it bears that name, which in English means Empty Quarter Basin. 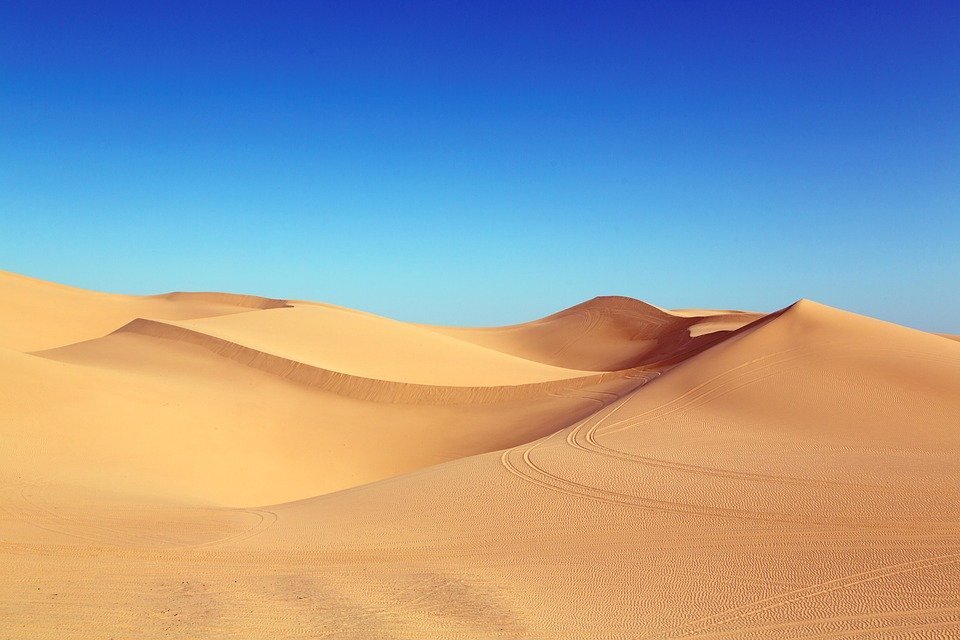 Its name perfectly presents what it evokes: an apparently uninhabited land immersed in immense solitude. The Sahara Desert, “the void“, is the largest hot desert on the Earth, located in North Africa. There are no surface watercourses but, due to the numerous underground aquifers, there are oases. 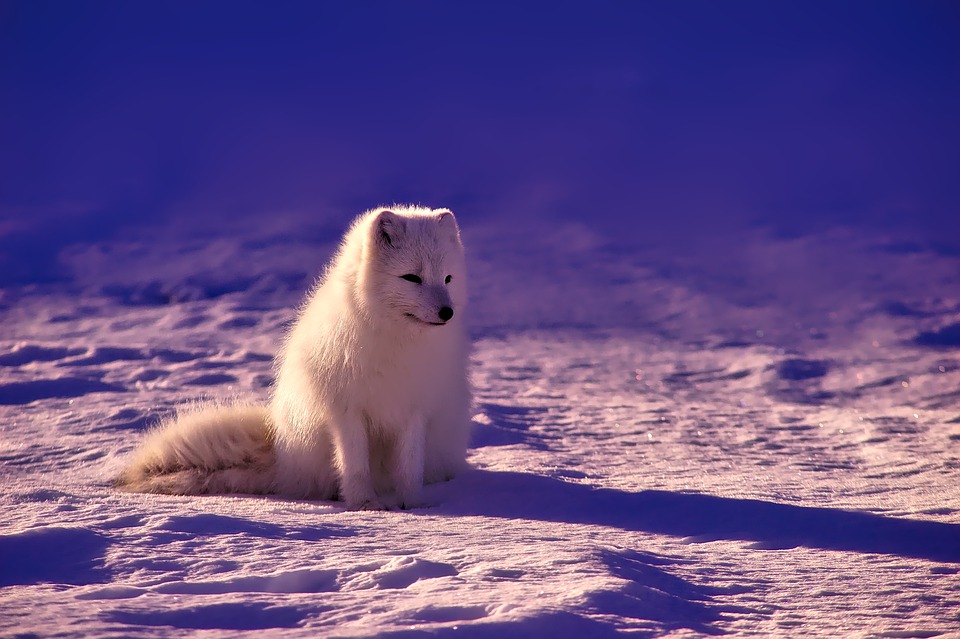 The Arctic is the region surrounding the North Pole. It’s consists of various parts of Europe, Asia, and America, and the ice pack of the Arctic Ocean. There is the mesmerizing phenomenon of the “Midnight Sun” which occurs from April to September. It is when the sun sets around midnight remaining in the line of the horizon. 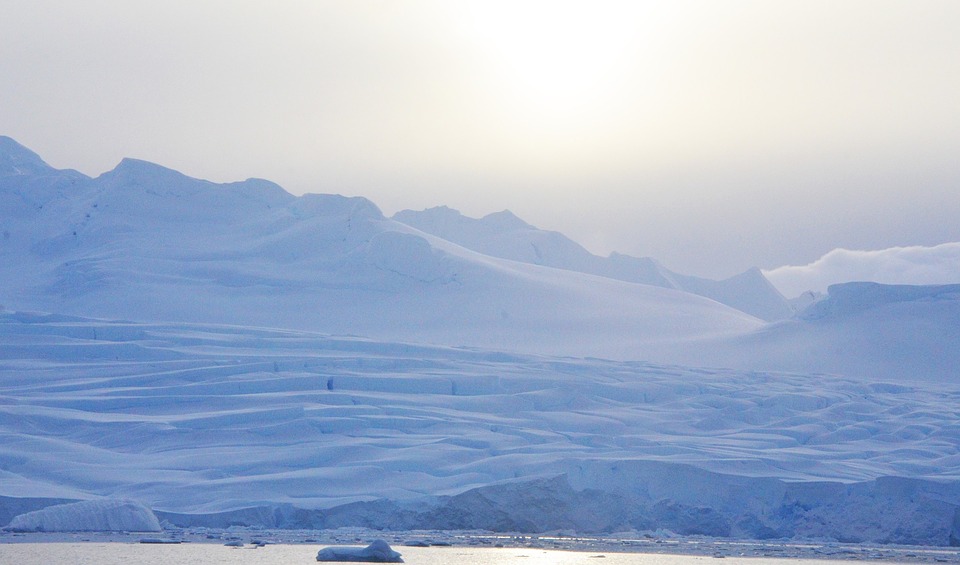 It’s not only an icy desert but also the southernmost continent on the Earth, as well as the coldest and most inhospitable place on the planet. Located in the Southern Hemisphere, it includes the lands and seas surrounding the South Pole. 98% of its territory is covered by ice with an average thickness of 1600 meters.