10 Most Important Languages in the Business World in 2021

If you love shopping and entertainment, you will adore finding out which are the largest malls in the world. Immense and impressive structures offering not only classic shops and restaurants but also activities ranging from bowling to cinema and from skating rinks to real indoor amusement parks. Let’s not forget that there are hotels and museums. Here are the 15 largest shopping centers in the world!

At the bottom of the list is the SM Mall of Asia, located in Pasay, Philippines. Although being in the last place among the top 15 largest shopping centers in the world, it still boasts an area of ​​432,891 square meters. Inside of it, there are over 600 businesses, 217 of which are restaurants. What’s impressive about this mall is that there are 200,000 average daily visitors.

In the penultimate place, we find the Persian Gulf Complex in Shiraz, which holds a record of being the largest shopping center in the world in terms of the number of shops. There are over 2,500 shops on an area of ​​450,000 square meters. Although they seem like a lot, that’s not all! In addition to the shops, there are also tennis courts, two swimming pools, a 262-room hotel, 3 amusement parks, a cinema, and a gigantic parking lot with 5,500 parking spaces. Impressive right?

This shopping center is unique in Malaysia and it’s the largest of its kind in the country. Opened in 1995, it has 700 shops and a daily number of visitors between 60,000 and 90,000, reaching 120,000 on weekends. In short, it’s another giant where you can spend a long day of unbridled shopping.

No, we move to Iran, to its second-largest shopping center. The Isfahan City Center is located in the homonymous city and stands on an area of 465,500 square meters, spreading over 7 floors. It boasts 750 shops, a 5-star hotel, a museum, several cinemas, airline offices, and the largest indoor amusement park in the Middle East completed with roller coasters and bumper cars.

Let’s go back to the Philippines, to a super modern and innovative structure that is third among the largest shopping centers in the country. This complex was built in 2015 and boasts spectacular architecture housing over 450 businesses of all kinds. Shops, restaurants, cinemas, bowling, and a large ice skating rink, in short, everything you need for a day of shopping and fun.

Still in the Philippines, this mall has a slightly larger surface area than the previous one and is “older”. We are talking about a structure of 474,000 square meters built in 1991. Although a bit “older”, it’s been updated, over the years, in terms of architecture to have a modern design and be in step with time. Moreover, this mall has a lot more shops than the previous one, 1,200 businesses to be exact. In addition, there is an Olympic-sized ice rink, an event center, a chapel, and an atrium so large that it’s used as a concert venue. While there are indeed lots of things to see and visit, the real attraction of this mall is the IMAX theater with one of the largest 3D screens in the world.

480,000 square meters of surface, 6 floors (two of which are basement), a huge 2,200 parking space, and two twin skyscrapers with glass roofs and panoramic views that rise above it… We are talking about Shanghai’s Global Harbor and its impressive structure, which houses 400 shops of all kinds, 100 restaurants, and several cinemas, theaters, skating rinks, gyms, spas, bookstores, and kids’ playgrounds. The icing on the cake is its underground entrance which is directly connected to the metro (lines 3, 4, and 13). Finally, the two skyscrapers that are illuminated in various colors, sometimes with spectacular animations and light shows, at night can’t go unnoticed.

From China, we go back to the Philippines, precisely to the SM City North EDSA shopping center, the largest in the archipelago. A record-breaking structure just because of the fact that it has existed since 1985. Today it has 1,100 shops, a gigantic car park with more than 10,000 parking spaces, and an area of ​​497,213 square meters. This shopping center can also boast having the highest number of solar panels, 5,760 to be precise.

The capital of Thailand, as we know, is renowned for being an important center for shopping and ICONSIAM is one of the few largest shopping malls in Thailand present on our list. It’s, actually, the third-largest in the country with its 525,000 square meters. It consists of two skyscrapers, which are among the highest in the city (52 and 70 floors), housing apartments and hotels as well as lots of shops for shopping. There is also a 3,000-seat auditorium, a 14-screen cinema, a gym, the River Museum of Bangkok, and a park along the Chao Phraya River which, contrary to what one might think, is part of the ICONSIAM area.

Still in Bangkok, this time we move to CentralWorld, about 30 minutes away by subway from the previous shopping center. This is one of the “oldest” in the Thai capital, opened in 1990. To say that the structure is huge would be an understatement since it was continuously expanded over the years, reaching 600 shops, 50 restaurants, and 21 cinemas today.

CentralPlaza WestGate is the largest shopping center in Bangkok and the last one in this country. It’s located outside the city, on one of the main roads leading to Bangkok. It was designed to serve travelers coming from the highways. This huge shopping center is also equipped with a large cinema as well as several shops and restaurants. However, the most impressive thing is that in its 550,278 square meters area there is also a grand IKEA store.

We move to China again, to the Golden Resources Mall in Beijing which is the third-largest shopping center in China with its surface area of ​​557,419 square meters. When it was inaugurated in 2004, it held the title of the largest shopping center in the world, until 2005. There are more than 1,000 stores, but their number, as well as the size of the mall, don’t mean popularity. Actually, this mall is rarely visited, with an average of 20 visitors per hour due to its decentralized location and high prices for the Chinese standard.

Still in China, we now go to the second-largest shopping center in China and the third-largest in the world – SM Tianjin. This huge shopping center of 565,000 square meters is known not only for its size but also for its particular shape. Namely, this shopping mall is made of four buildings that converge into a single one. All of them are in the shape of oval rings, one of which is central and three lateral, connected to each other. Therefore, the shopping center extends horizontally and on the “top” of these rings, there are huge parking lots and equally large gardens. Inside, there are over 1,000 shops, many restaurants of all kinds, an ice skating rink, cinemas, theaters, and gyms.

In the second place, we find the largest shopping center in China – South China Mall. This mall was opened in 2005 and it was gigantic right from the start to the extent that it was nicely divided into 7 areas, each of which inspired by different cities and countries: Paris, Venice, Rome, Amsterdam, Egypt, the Caribbean, and California. However, the center has a “small” flaw. Namely, there is a lack of shops, a detail that has led to the renaming of this mall into “Ghost Mall “. The structure has found few occupants and has a small number of shops. On an area of 659,612 square meters, there could’ve been 2,000 activities housed in it. Despite this, it still grows incredibly year after year. 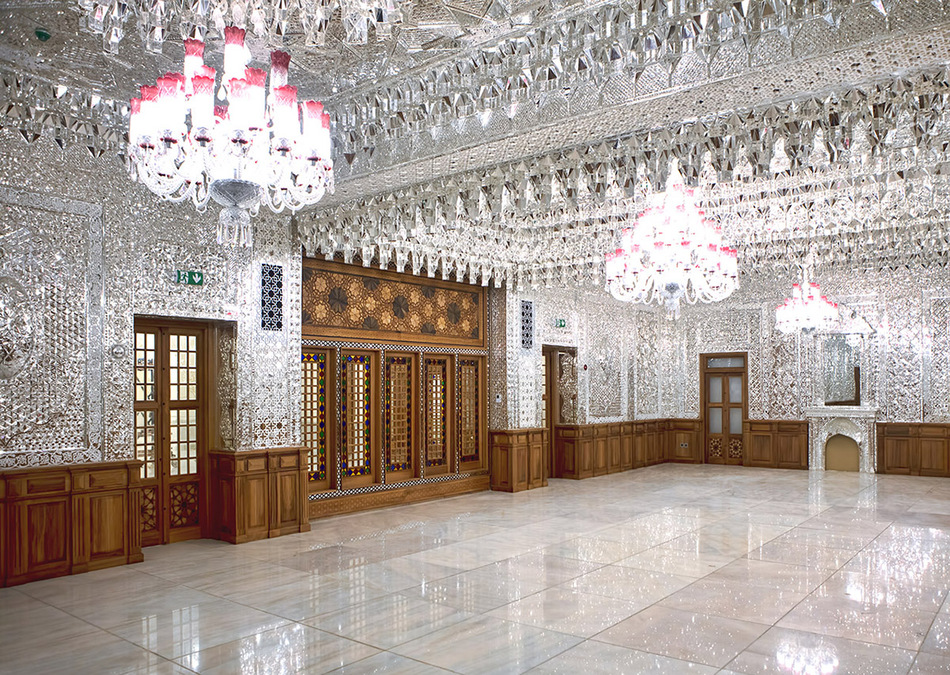 iran mallAnd here we are at the top of the ranking! The largest shopping mall in the world is located in Tehran, Iran, and has an area of 1,950,000 square meters . An amazing structure with over 2,500 shops , 200 restaurants , supermarkets, a fashion boulevard, a diamond and crystal atrium, a library-garden with 67,000 books, 12 IMAX cinemas , a 2,000-seat theater , an amusement park covered, a museum , various art galleries, a car showroom , an Iranian bazaar , three hotels with over 400 rooms, a conference center and finally the roof serves as a sports complex with hiking trails, an infinite number of fields for every sport, an ice rink and swimming pools. And to think that another part of the mall is still under construction!

Classification Criterion
The evaluation method used to draw up this ranking is the gross leasable area , a measurement parameter specifically dedicated to shopping centers that indicates the useful commercial area , or the total rentable area which, in square meters, establishes the size of the surface capable of producing. income (through rent or sale).

Our ranking does not include important shopping centers such as the New Century Global Center in Chengdu, and the Dubai Mall in Dubai , this is because their size is given by the total area and not by the gross leasable area, as just explained.