The Most Beautiful Beaches in Western Sicily

The enigmatic figure of Buddha is a symbol of an entire religious tradition. You can find impressive statues dedicated to his sacred cult all over the world. Although Buddhism spread around the globe, evolving and developing more and more, its main symbol remained unchanged. The statues of the ancient Master continue to be precious artistic, religious, and social symbols. His diverse representations, large and decorated, remain central to the development of the religion. To show you their diversity and the sacred splendor they radiate, here we bring you the 11 most impressive Buddha statues in the world.

Although not the oldest statue, it’s nothing less impressive than the ancient ones. Completed in 1993, Hong Kong’s Tian Tan Buddha measures 111 meters in height and 250 tons in weight, which makes it the largest outdoor seated Buddha statue in the world. The Buddha’s right hand is pointing towards the sky, inspiring courage and the compassionate desire of the Buddha to end human pain and suffering. The left hand is located in front of the palm in the lap, which suggests the Buddha’s will to convey happiness to all. With its 263 stairs and remote location on Lantau Island, it is definitely not easy to reach, but the quietly seated figure, coupled with the ocean and mountain views, will reward any effort. 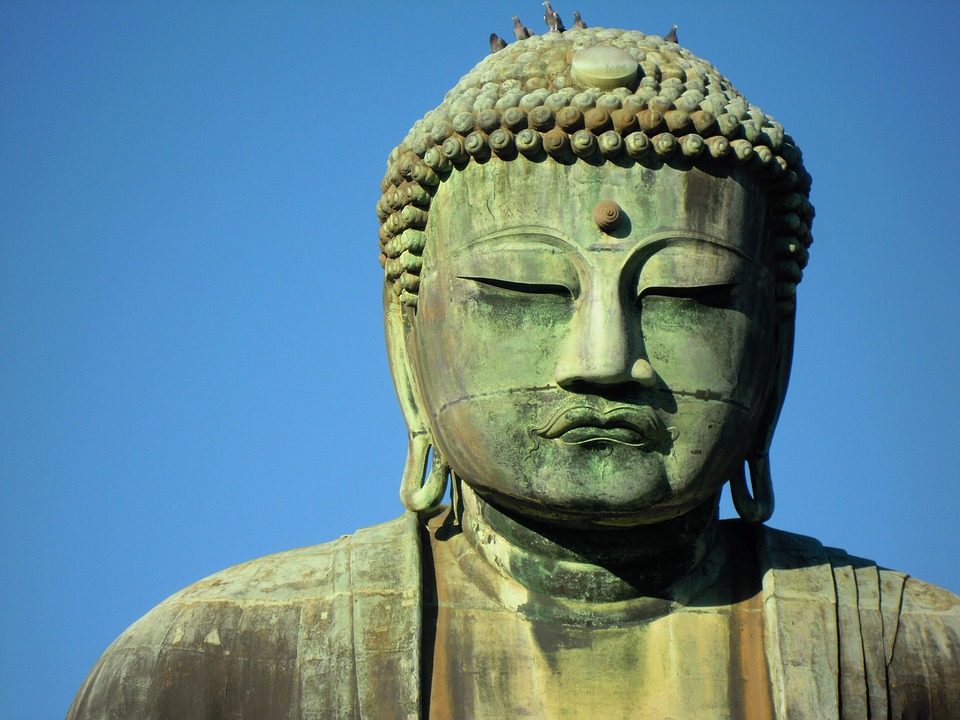 This huge Buddha statue is located near the city of Wuxi on the shores of Taihu Lake in the Chinese province of Jiangsu. Measuring a staggering 88 meters in height, the figure offers a breathtaking view, especially when shrouded in fog. Ling Shan Buddha is located in the largest religious complex in China, where Brahma Palace is also located, with its elegant wood carvings and intricate murals and the largest Buddha hand in the world.

9. The Buddha of Daibutsu in Japan

Located in what was once one of the 7 great temples in Nara, Japan, this is the largest bronze Buddha statue in the world. The Hall of the Great Buddha was commissioned by Emperor Shomu in 743 AD and was built thanks to citizen donations. Despite the generous contributions, the construction threatened to bankrupt the empire. The building and the Buddha statue have been remodeled and rebuilt over the centuries.

The Monywa Buddha of Myanmar is the largest reclining Buddha statue in the world. It measures over 300 feet in width. The sculpture inside is hollow and allows tourists to explore the interior space covered in ivory and gold. The statue is said to represent the death of the Buddha, now close to entering Nirvana.

7. The Buddha of Phutthamonthon, Thailand

The famous Thai Buddha is the work of the Italian artist Corrado Feroci, who has in fact exported modern art to Thailand. It is considered the largest standing Buddha statue in the world and is surrounded by four spaces that represent the various stages of the Master’s life: birth, divine enlightenment, the first public sermon, and, finally, death.

6. The Buddha of Hyderabad, India

This huge statue that stands on the Telengana lake is made of massive granite. Its construction is clearly inspired by the American Statue of Liberty. Its realization was long and dangerous; ten people died in the attempt to erect the statue because the structure suddenly collapsed and fell into the lake. It was later recovered and raised again on the central platform. The official inauguration of the monument dates back to 1992.

5. The Great Buddha of Kamakura, Japan

The huge bronze statue of the seated Buddha at Kotoku-in Temple in Kamakura, Japan, was made in the 13th century and is one of the country’s best-known symbols. The sculpture depicts the Buddha in the classic lotus position, with his legs folded and his hands touching as he rests seated on his knees. It was once surrounded by a wooden hall, but the building was destroyed by earthquakes. The statue has an internal cavity open to the public: visitors can see the interior, now full of graffiti.

Wat Pho is a temple in Bangkok, also known as the “Temple of the Reclining Buddha” due to the presence of the huge sculpture inside. Just like the Monywa statue, the structure references Buddha’s death and impending enlightenment. The statue is mainly made of brick and plaster externally coated with gold and inlaid with nacre.

Gal Vihara is a rocky temple built in the 12th century in the northern part of Sri Lanka. It’s composed of four rock sculptures of the Buddha, each carved directly into the rock to adapt it to the cavity of the wall. Each figure is 16 meters deep and they respectively depict the Master seated, standing, and lying down. It is still debated whether the standing figure is the representation of the Buddha or rather of a simple monk.

There are several legends that tell how this Buddha’s head got trapped in the roots of a banyan tree. Ayutthaya was the ancient capital of Thailand and some say that a thief left it there and forgot about it, but no one knows for sure what really happened. The city of Ayutthaya was destroyed in the 18th century by the invading Burmese army and later restored in the 20th century.

1. The Giant Buddha of Leshan, China 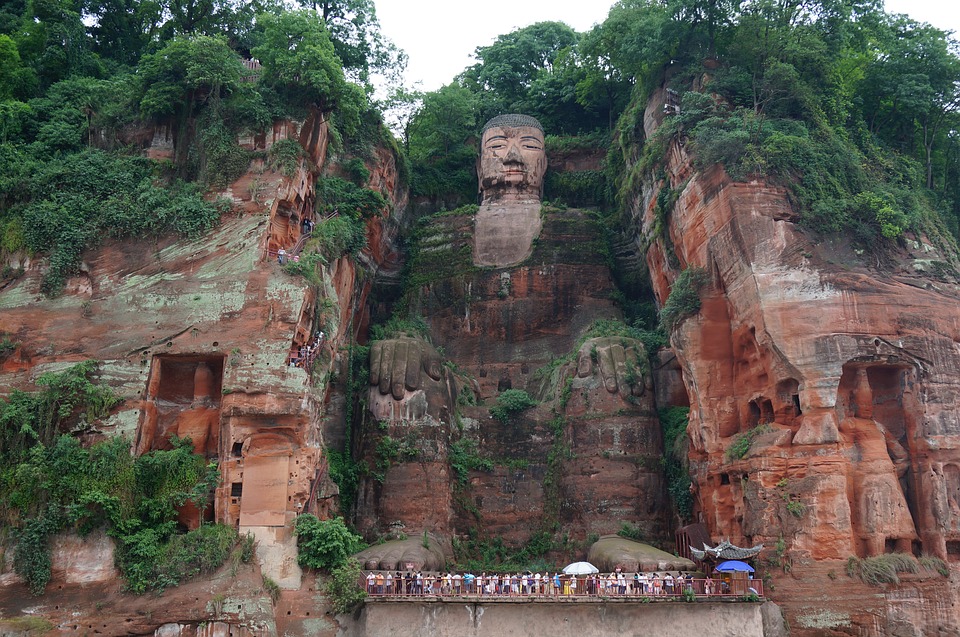 At 233 meters in height, the Leshan Giant Buddha is the tallest pre-modern statue in the world. The work on this gigantic stone statue lasted more than a hundred years. It was built at the junction of the three rivers in the hope that the image of the Buddha could tame the dangerous currents of the valley.