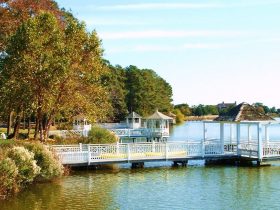 Imposing constructions that often depict national deities or heroes who really existed to worship legendary religious figures, made to glorify their deeds of these individuals: statues are present all over the world and are often a destination for tourist travel or pilgrimages. Sometimes the artist who made them is important and other times the area they are located in is unique, such as the top of a mountain or the center of the city that hosts them.

The Statue of Liberty, the Venus de Milo, Michelangelo’s Pietà, and up to the huge Christ the Redeemer of Rio de Janeiro… these are just some of the best-known and also the tallest statues in the world. However, there are other buildings that achieve real records of majesty with their immeasurable height. Here are the 10 tallest statues in the world! 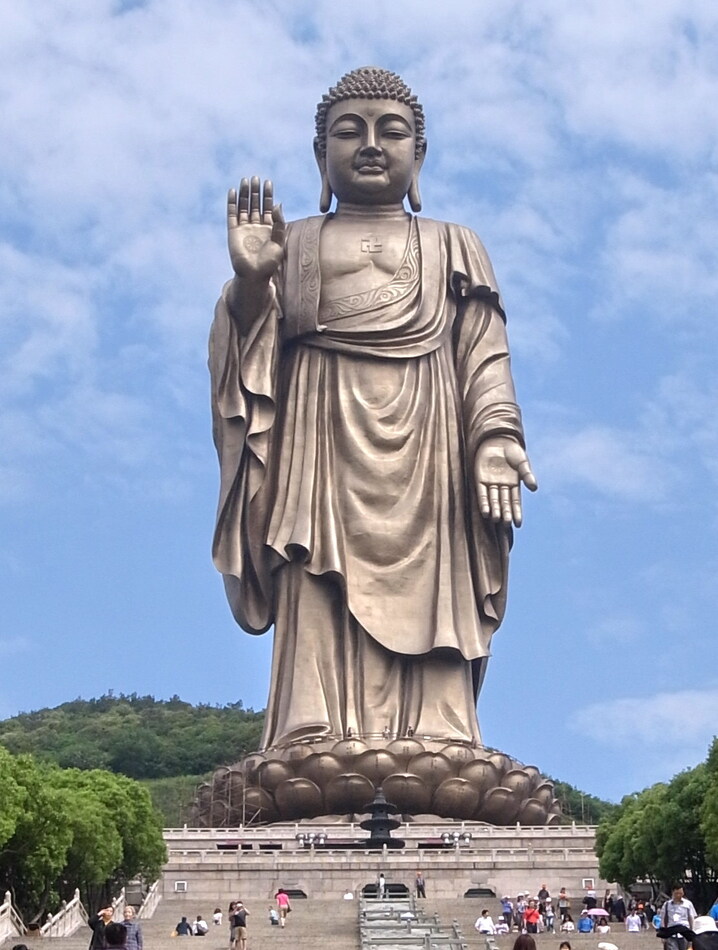 Located in the Longshan Mountains, it’s one of the tallest Buddha statues in China. COmpleted in 1996, this statue is entirely made of bronze, 88 meters high, and weighs 700 tons.

It is the largest statue in the state, made of concrete and covered in gold paint. The construction of this statue took 18 years, starting in 1990 and completing it in 2008.

It’s one of the most famous statues in the world. It represents a female figure with a torch in one hand and a tablet with dovetail handles (tabula ansata) with the date of the American Declaration of Independence engraved on it in the other.

The woman, in fact, represents the Roman goddess of freedom, Libertas. The statue is 93 meters high (including the 47 meters of pedestal) and visible from up to 40 km. It’s made of steel armor covered with copper plates and weighs 204 tons. It was donated by the French people to the U.S. on October 28, 1886.

This statue, located in Moscow, Russia, has a really interesting history. It was made in 1992 to celebrate the 500th anniversary of the discovery of America and it first depicted Christopher Columbus. Then, a quick “change of head”, transformed the figure into Emperor Peter I who rules the country for 43 years. It’s 96 meters high and made of 600 tons of stainless steel and bronze.

This statue represents the Japanese Buddha Bodhisattva. It’s located on the top of a hill in Sendai, Japan, which makes it visible from many parts of the city. The figure holds a jewel in the left hand and a jug of water in the right. It was completed in 1991.

This 106 meters high Chinese colossal statue is a result of 20 years of work, which started in 1987 and ended in 2007. It depicts the faces of the emperors Yan Di and Huang Di, symbols of politics and economics.

Now, we go back to Japan for this 110 meters high statue (120 with the base in the shape of a lotus leaf) made of bronze. The statue’s index finger alone measures 7 meters! There are four different levels inside the statue, which can be reached by visitors via an elevator. On the first level, you can listen to beautiful music, the second is completely dedicated to the study of the scriptures, the third contains 30,000 other statues of Buddha, and from the top floor, you can admire the wonderful gardens that surround the building.

On the lowest place of the podium, we find yet another statue that represents Buddha. This one is located in Burma and measures 116 meters in height (129.5 with the pedestal). Its construction began in 1996 and ended in 2008.

The Buddha Zhōngyuán statue is located in China and was completed in 2008. It’s 128 meters high but being placed on a pedestal it has another 20 meters added. It’s made up of 1,100 pieces of molten copper.

The name of the statue derives from that of the Buddhist temple located at its foot, which takes it from the nearby Tianrui Hot Spring, a thermal spring famous in China for its therapeutic properties. It was constructed as a response to the Taliban’s destruction of Buddha statues in Afghanistan and to precede India’s project to build the largest statue in the world. Externally, it’s made of 1,100 copper sheets and weighs around 1000 tons.

In the first place, we find the Statue of Unity, located in India. It’s 182 meters high, with the big toe alone being as high as a basketball hoop.

This mammoth sculpture overlooks the green hills and Narmada River in the western state of Gujarat, India. It’s almost the size of two vertically stacked football fields. It was designed by Ram V. Sutar and costs an unbelievable $400 million.