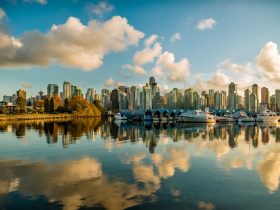 The 10 Most Ecological Cities in the World

Archaeological remains of ancient inhabited centers testify that there are places in the world that have resisted the adversities of time and the attacks inflicted by history for millennia, thus becoming a priceless historical heritage and fascinating tourist attractions. One of the things that fascinates most is knowing that many of those millenary places, those roads trampled by ancient populations, have never been abandoned. The date of birth of many cities is still a subject of discussion of many historians. So let’s see which are the oldest cities, the cities that have succeeded to resist the passage of centuries allowing the people to relive their legend and history today.

NOTE: The following ranking is not based on official data, therefore, it is subject to continuous revisions and updates. We ask you to notify us of any changes and corrections in the comments by attaching your sources. We will be happy to evaluate possible additions. Thanks to all for the valuable contribution. 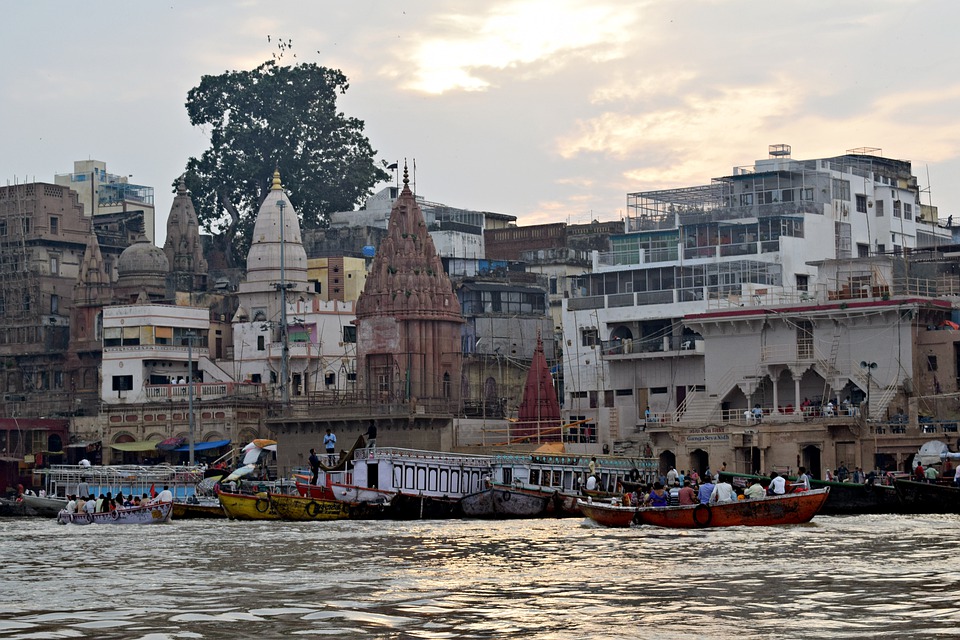 A sacred city to Hindus and also one of the oldest (the settlement dates back to 1200 BC) and inhabited in the world. At the time of the Vedas, it was called Kashi. Then it became Varanasi, from the river Varuna (which flows to the north) and river Assi (which flows to the south). After that, its name was deformed by the English who could not pronounce it well and became Benares. Mark Twain wrote:

“Benares is older than history, older than tradition, more than a legend, and it seems twice as old as all of this put together.”

Today it’s called Varanasi again, one of the most fascinating cities in India, a holy city to Shiva. The city today is very chaotic and doesn’t preserve any of the stones of its ancient past, but you can still breathe, see, and live millennial and unchangeable rites. Varanasi is a place where people come on pilgrimage for the sacred baths in the Ganges River. According to the Hindus, the Ganges River is the river of heaven and paradise and every Hindu, at least once in his life, must go to Varanasi and immerse themselves in the waters of the river, doing at least 5 ghats (riverfront steps which lead to the banks of the river) to wash and cleanse themselves of sins. At sunset, around 6 pm, it’s time for Puja, when the sun and light are offered to the river with chants, mantras, shells are played, cymbals, and thousands of luminous votive offerings floating on the waters of the great river. 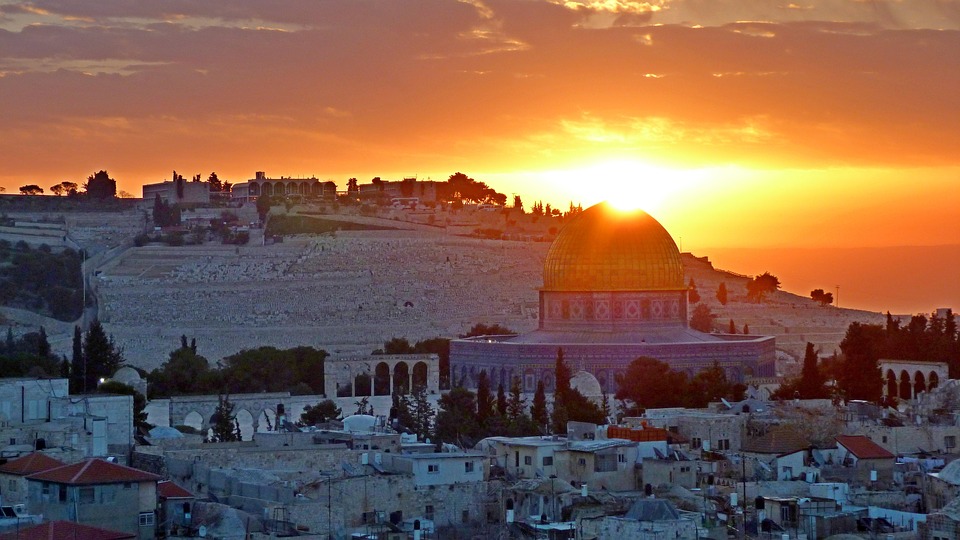 Sacred and eternal city, built thousands of years ago, Jerusalem has great historical and geopolitical importance, It is the holy city of Jews and Christians and the third holy city for Islam.

The history of Jerusalem dates back to the Stone Age, but it’s mentioned only in the second millennium BC on Egyptian texts and in some letters from 1400 BC. The city remained under the Amorite dominion of the Jebusites (around the year 1000 BC) until the conquest by David, who made Jerusalem the capital of his kingdom. 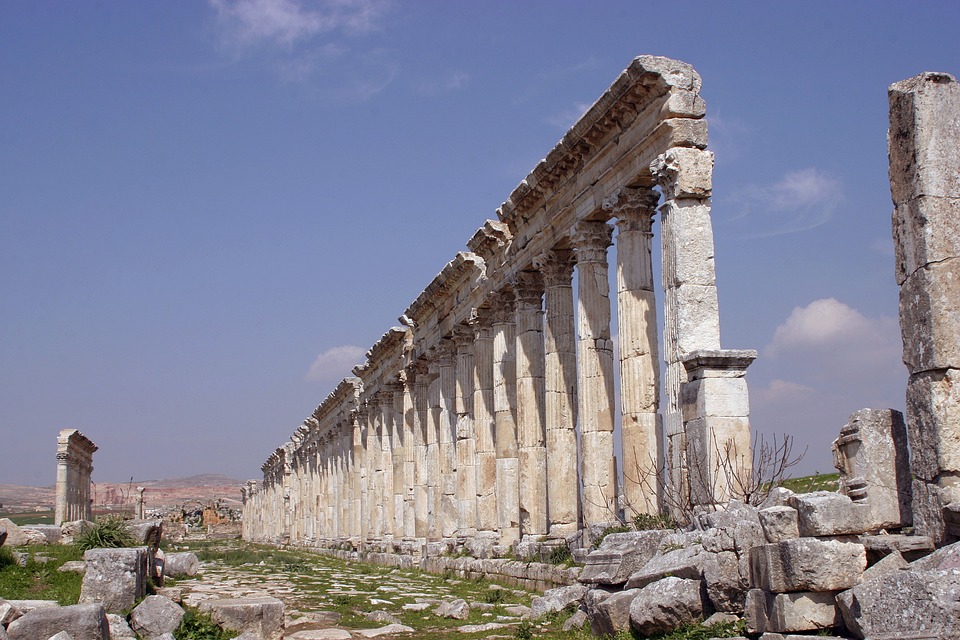 Founded around 2.500 BC, located inside the Ghouta oasis, the capital of Syria is considered by many to be the oldest in the world among the cities that are still inhabited. The unique charm of the city is determined by the artistic testimonies that date back to very ancient times – a mix of cultures (Byzantine, Arab, Ottoman) left evidence of a past made of mystery, a legend merged with reality.

The first settlement dates back to around 5.000 years and, at the end of the 4th millennium BC, it was one of the largest settlements in Mesopotamia; a center of commerce where kings, monuments, and works of art were found. In Uruk, the Sumerians invented the first cuneiform writing system according to ancient Sumerian documents found after extensive excavations and searches.

It’s one of the first inhabited settlements of Mesopotamia which dates back to before 4.000 BC. At first, it was a small agricultural and pastoral center but around 3.000 Bs it transformed into a real city, where crafts and commercial activities also developed. The city of Ur was originally located near the mouth of the Tigris and the Euphrates, on the Persian Gulf but today, due to the debris, the ruins of Ur are located inland, in Iraq, 15 km west of the current course of the Euphrates, near Nassiriya. In the archaeological site of Ur, there are ruins of a Ziggurat and the remains of a temple dedicated to Inanna, the goddess of the moon in Sumerian mythology. 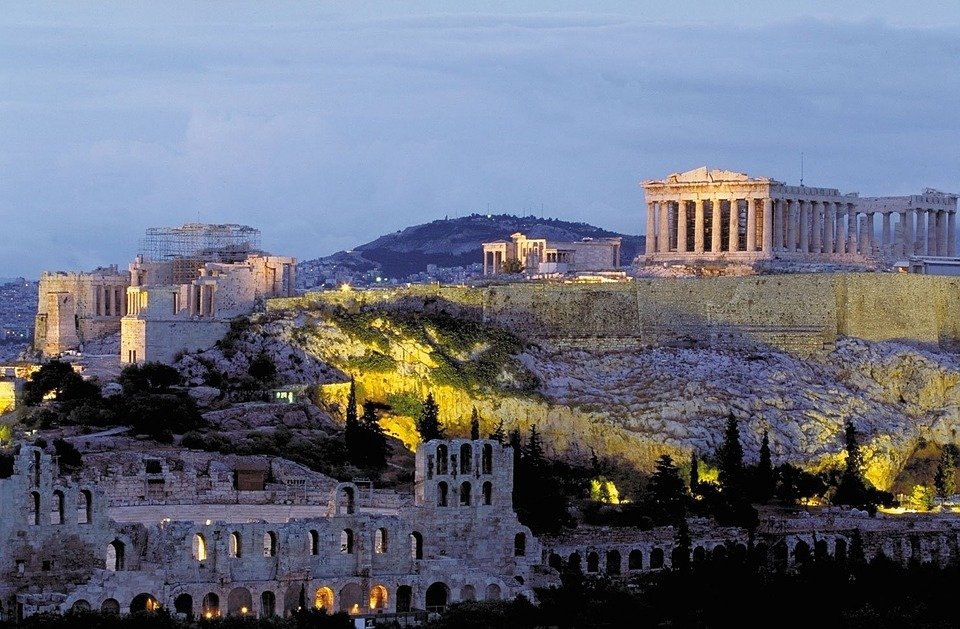 The homeland of democracy, philosophy, and Western civilization, the capital of Greece has a thousand-year history between mythological legends and reality and has always been inhabited for at least 7.000 years. The first settlement of Athens, located on the rock of the acropolis, dates back to 3.000 BC.

Located around 60 km south of the city of Konya in Turkey, Çatalhöyük is considered the first city of humanity. It had a lot of inhabitants (for that time), 5.000 – 10.000. On the highest mound, towards the east, there are 18 levels of Neolithic settlements, dating back to a period between 7.400 and 6.200 BC. There are wall paintings, sculptures, symbolic figures, reliefs, and depictions of female divinities, related to the domestic cult of fertility and generation. Çatalhöyük is the oldest testimony of the transition from the villages, which, by now, have consolidated to the urban agglomeration that has been in the same place for more than 2.000 years. Since 2012, the Unesco commission has decided to officially name the Neolithic site of Çatalhöyük a World Heritage Site. 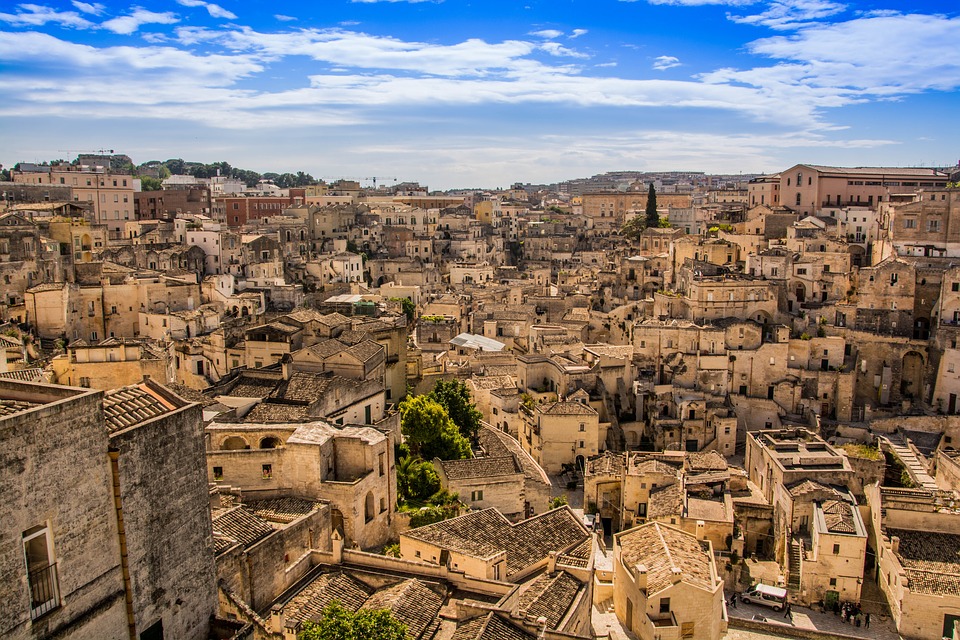 Known as the “City of Stones”, Matera is one of the oldest cities in the world to be inhabited with settlements dating back to around 10.000 years ago. In the caves around the Materan ravines, objects testifying the presence of groups of hunters were found. In the Neolithic, the settlements became more stable as indicated by the evident traces of villages. Many of the houses that descend along the ravines were used for living without interruption from the Bronze Age to the forced displacement of the 1950s. In the National Museum “Domenico Ridola” in Matera, there are finds from the necropolis of the area. In 1993, the Stones of Matera was registered on the list of UNESCO World Heritage Sites. 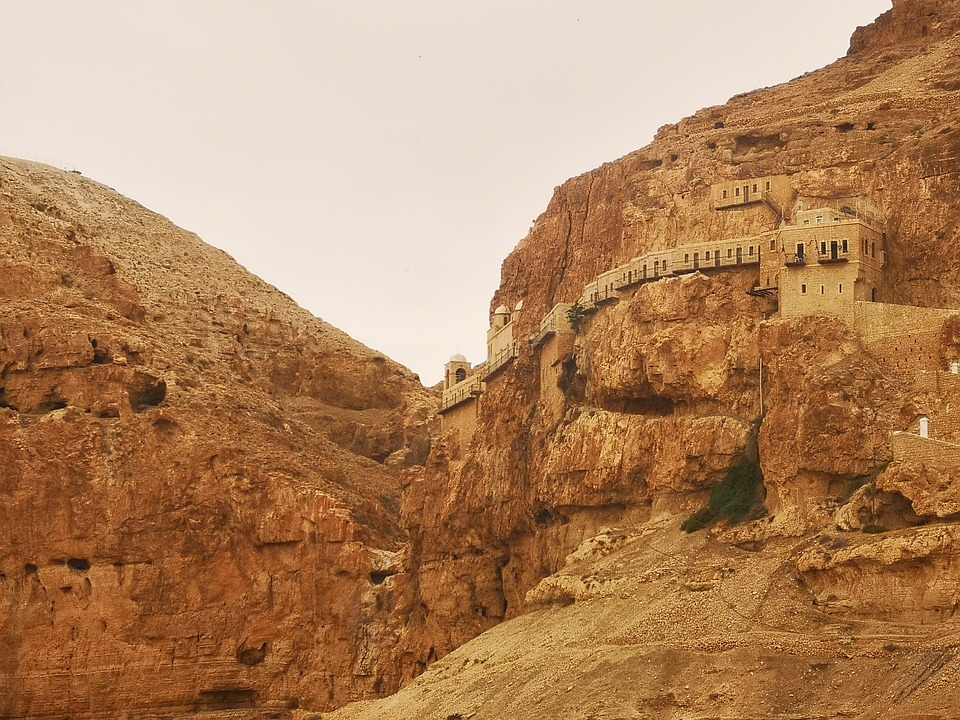 Located near the Jordan River, the green oasis of Jericho, 30 km east of Jerusalem, is considered to be one of the oldest cities in the world. It’s also the lowest city on the Earth being 240 m below sea level. The first settlements date back to 10.000 BC and around 9.400 BC were built the first brick and mud buildings, in which lived around 1.000 people.

Nicknamed “The capital of the North “, a Unesco heritage site since 1986, Aleppo today, is, unfortunately, bloody from the civil war. According to some archaeological finds, such as the 13.000-year-old tower found about 25 km from the city, Aleppo appears to be older than Damascus and Jericho. Despite the numerous debates about the true age of this city, the only certain thing is that the present geographical area was already inhabited 8.000 years ago, as indicated by the cuneiform tablets of about 5.000 years ago where Aleppo is described as a city ​​of enormous commercial importance and military. An important center of the ancient world between the Mediterranean and Mesopotamia.