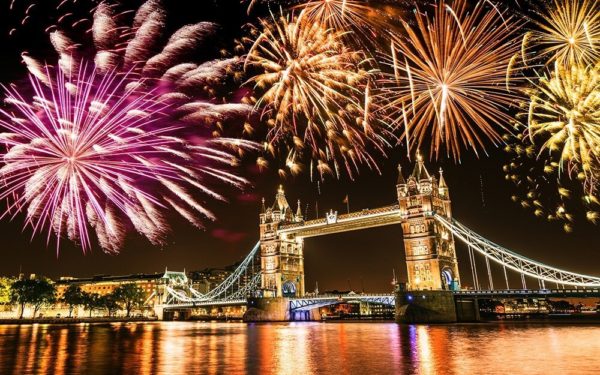 The pyramids are very ancient and equally mysterious constructions. Were they built to eternally house the remains of the great kings in the past? Were they used as astronomical observatories? Do they represent the need and the will of man to get as close as possible to the gods of heaven? And, above all, how were they built using the technologies of the time?

Archaeologists, historians, and anthropologists have always wondered about these questions. Unfortunately, giving a precise date on when they were constructed or completed is practically impossible. Therefore, scholars make an estimate based on various data collected and provide an approximate dating, trying to be as precise as possible.

How Were the Pyramids Built?

The best known are, undoubtedly, the Egyptian pyramids; however, there are also the Sumerian ziggurat and the great temples of Central America. Although different in appearance and grandeur, they share one big question. How were they built?

Even the most recent of the pyramids were built by people who didn’t possess any kind of technology, at least in the modern sense of the term. First of all, how could ordinary men (workers) have extracted and transported, sometimes for kilometers, the enormous blocks of stone that make up these huge buildings almost with bare hands?

According to the most recent theories, the blocks, once extracted, were placed on a sort of sled, then made to slide on specially-made wet sand. Does this seem a too simple solution? One thing is for sure: to complete the entire process, the reign who decided to build the pyramids used the effort of hundreds of unpaid workers or slaves. There are several wall paintings inside the pyramids that support this theory.

So much mystery and not enough answers…

But, let’s find out which are the 10 oldest and most famous pyramids in the world according to estimates and data!

The Abu Sir pyramids are much more moderate in size than the “big sisters” of the Giza plateau. They are also less known, which makes them more impressive. The pyramid of Sahure is the tomb of the first pharaoh of the 5th dynasty and is the best preserved of the entire site. Scholars think that it was originally much larger, but that time and atmospheric agents have greatly damaged it.

It is the smallest of the three famous pyramids of the Giza plateau, reaching one-tenth the size of the Pyramid of Cheops. In the days of its former glory, the pyramid was presumably all covered with red Aswan granite, the quarries of which are about 900 kilometers away… how did the workers transport the building material? There has been much discussion as to why this pyramid was so much smaller than the other two nearby. To date, it is believed that, since the three pyramids of Giza reproduce the three stars of the belt of the Orion Constellation, that of Menkaure represents the star Mintaka, the smallest of the three. 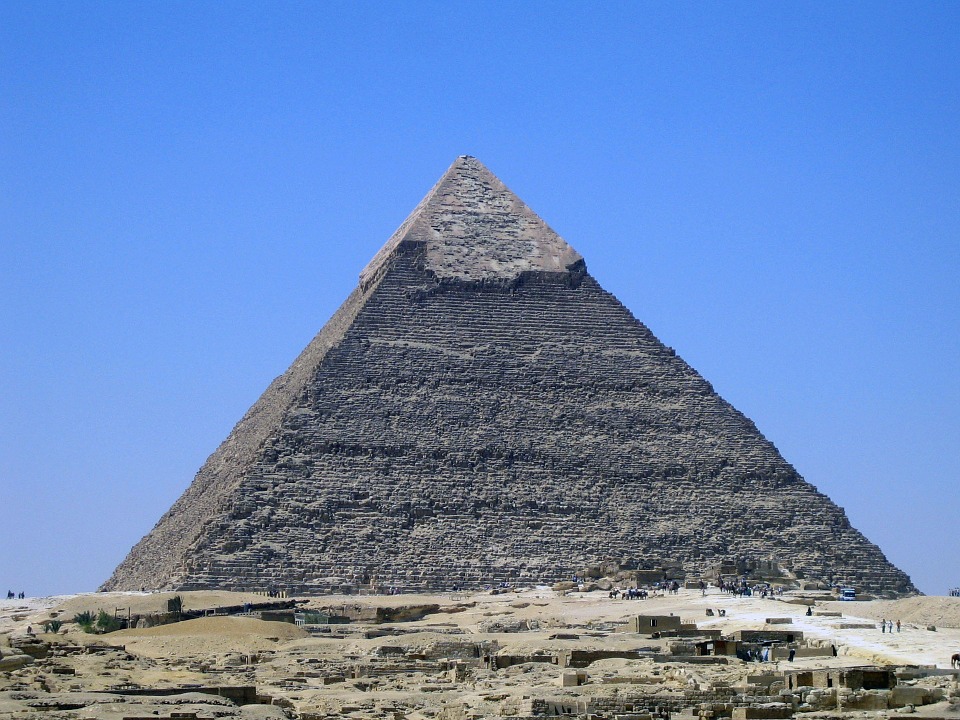 It is another pyramid present in the Giza plateau, smaller than that of its “father”, Cheops; however, due to the elevated position, it seems higher. These pyramids are considered the most majestic in the history of Egypt. 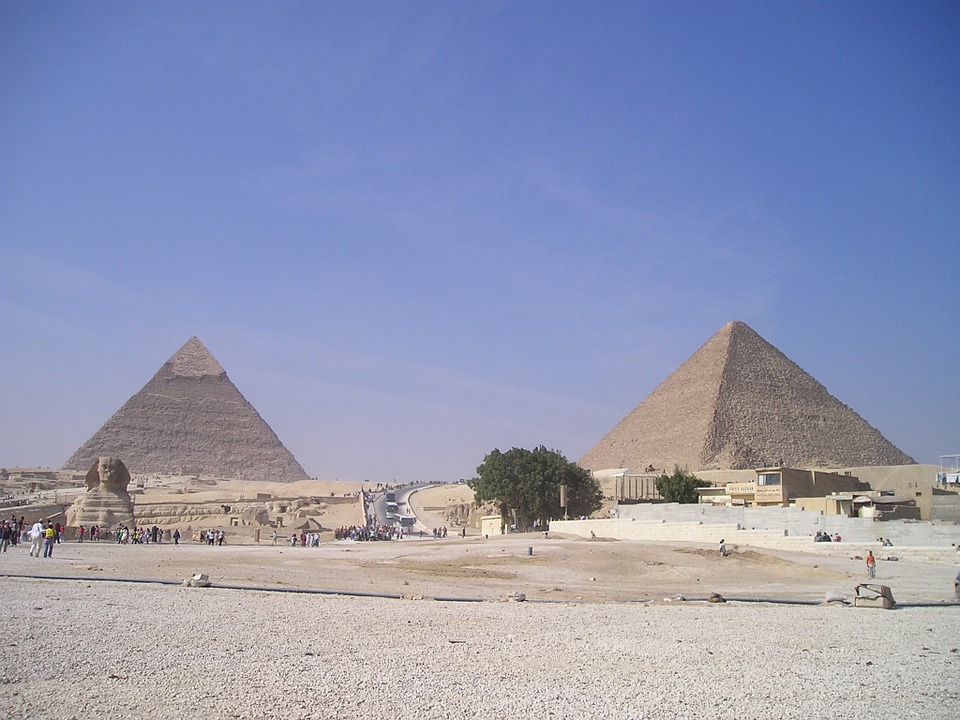 Anyone who visits it must know they are faced with a true prodigy of mathematics and engineering. This majestic tomb was built to house the eternal rest of the great pharaoh Cheops, embalmed and buried in what was thought to be a “ship” carrying the soul of the deceased to the afterlife. 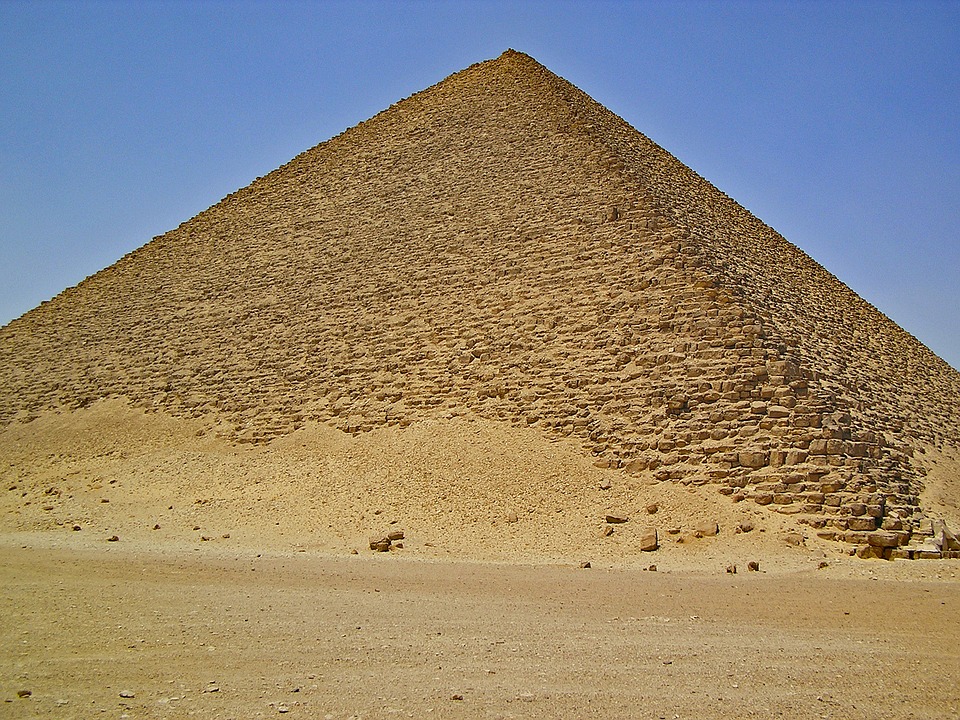 Also called the North Pyramid, it is the third Egyptian pyramid in order of height, after those of Cheops and Chefren. Its realization was ordered by the pharaoh Snefru, the founder of the 4th dynasty. It’s called red due to its color, which is actually different from the original one. In ancient times, it was covered with a coating of white Tura limestone, which was used in medieval times to build the city of Cairo. After taking off the limestone, the pyramid was left with the sandstone layer below.

This pyramid is called rhomboidal or of the double slope as its construction is very particular. It doesn’t follow the classic pyramid shape but its sides have a double inclination. Due to the design change, while the pyramid was still under construction, the inclination went from the initial 54° of the outer walls to the next 43°. The initial height should also have been 128.5 meters but after the change in slope, it reached 105 meters.

The pyramid of Meidum rises about 70 km south of Cairo and represents one of the last step pyramids in Egypt. Today, it looks more like a tower, about 75 meters high, surrounded by a kind of hill made up of stone debris. Scholars have determined that the pyramid underwent a series of changes in the course of its life, works that transformed it, over time, into a real pyramid with triangular faces. Originally this pyramid has, most probably, been about 92 meters high. 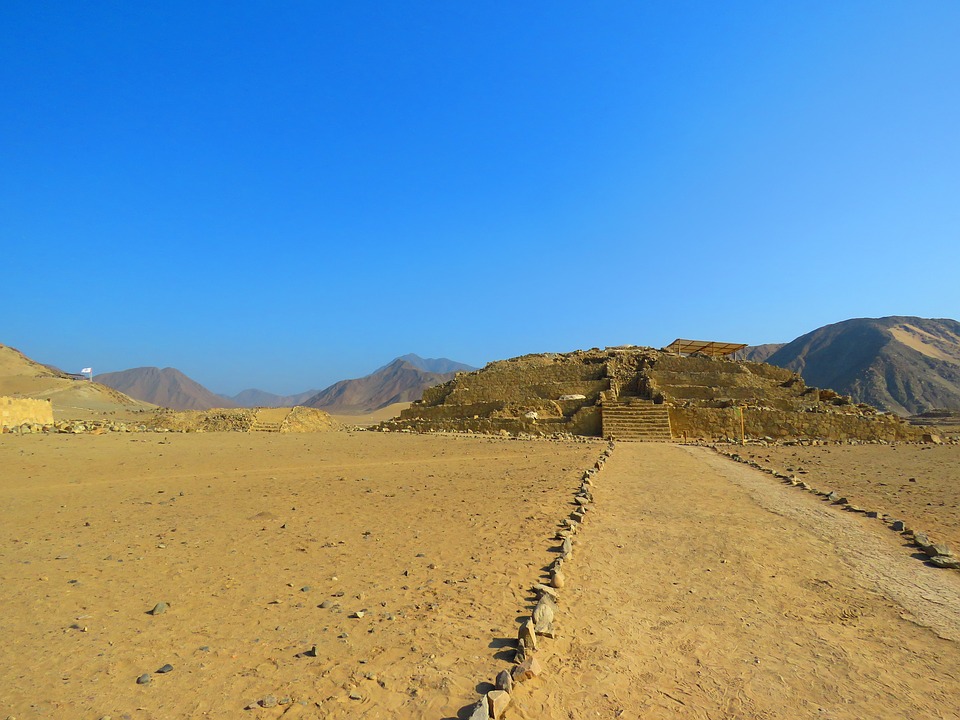 The archaeological site of Caral is one of the oldest in the world and the town is also the oldest in all of Peru. At this complex center, you can see a very large central public space, where the remains of six large pyramidal mounds are located. The largest of these pyramids measures approximately 60 meters in height. Here, too, it’s interesting to note the refinement of the technology used by the builders. Although they were built about 5 thousand years ago, they’ve remained overall in good condition, despite the frequent earthquakes. 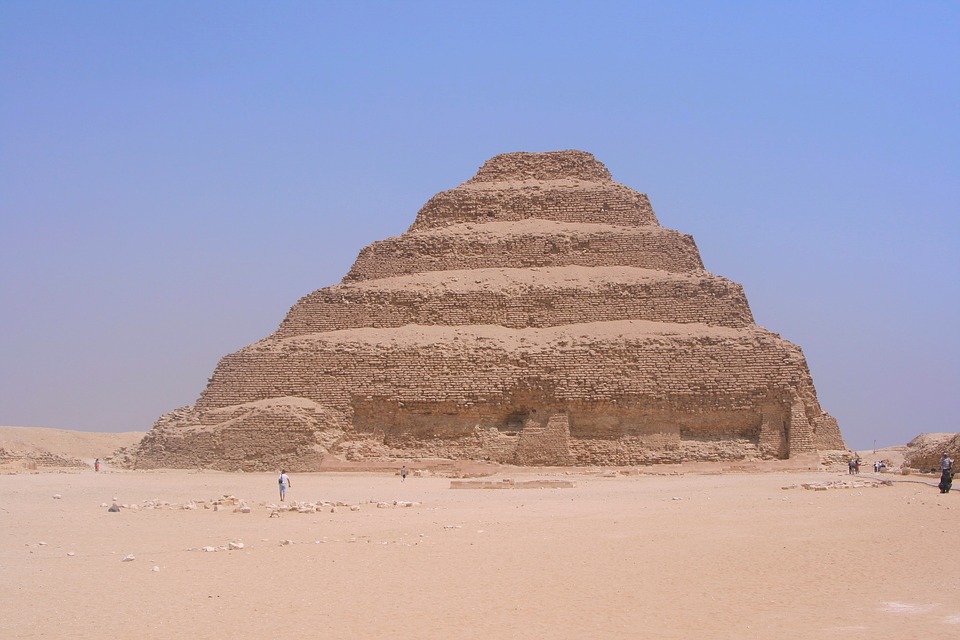 The pyramid is part of the funerary complex of Djoser or Zoser, king of Egypt who reigned from around 2667 to 2648 BC. The pyramid is a work of the famous priest Imhotep, the first great and true architect in history. Despite its height, which is much less compared to the majestic constructions of Giza, this building is important from an architectural point of view. It, actually, represents a unique evolution in the history of world architecture. 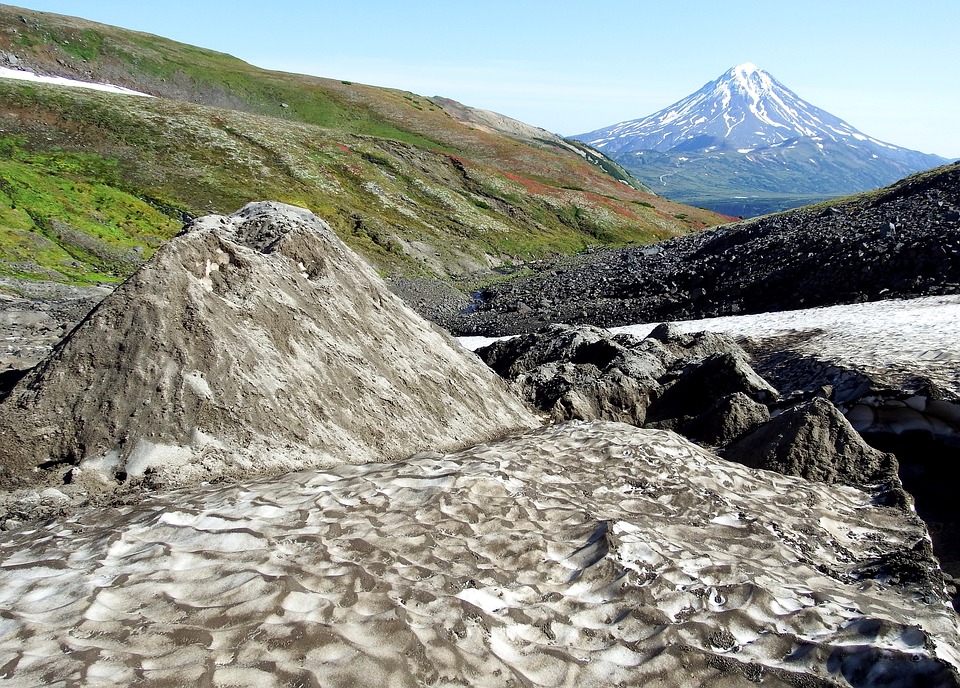 According to the latest news, the oldest pyramids in the world aren’t found in Egypt, but in Brazil! However, it should be noted that this type of discoveries have been occurring for years, and many other archaeologists or scholars claim to have discovered the oldest. Actually, there are very ancient pyramids also “racing” for primacy in Bosnia, Indonesia, and even Antarctica. It should also be emphasized that the precise dating of the pyramids of Giza has never been established with certainty.