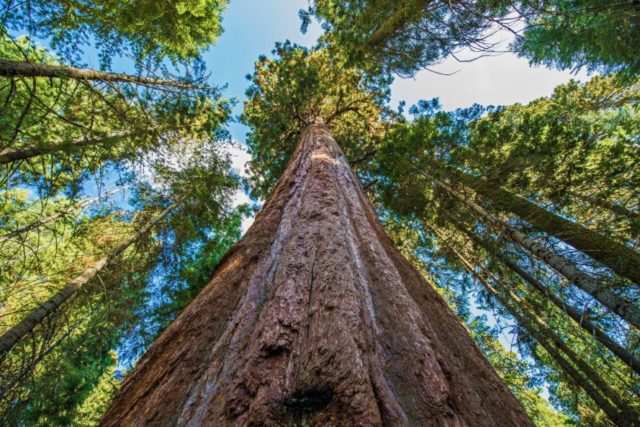 The Tallest Trees in the World

Cable cars offer the opportunity to enjoy spectacular and breathtaking views, but they aren’t suitable for the faint of heart and those suffering from vertigo. Cable cars are means of air transportation that allow quick and easy movement along a mountain or above a forest, city, or another place. You can enjoy the most spectacular scenery from a birds’-eye view.

It’s kind of a cinema where nature is the only spectacle – you just have to sit and enjoy the show. Cable cars are the result of human ingenuity. They were created as a means of connection, especially ideal in the mountains, as well as for tourism purposes.

But which of these marvels of engineering are the most exciting and spectacular in the world?

Here are the 10 most spectacular cable cars in the world!

The fastest cable car in the world

This gondola is the fastest in the world as it reaches a top speed of 21.6 kilometers per hour as well as the longest in Southeast Asia. The journey departs from the town of Gohtong Jaya and ends at the Genting Highlands Resort, located 2,027 meters above sea level. This facility includes theme parks, shops, hotels, and a casino.

Inaugurated in 2013, it held the record for the longest cable car in the world for a few years. In its construction other countries such as Sweden, Switzerland, and Germany also participated. The structure of the departure station also includes a museum of local history.

The Mont Blanc SkyWay was inaugurated in 2015 and completed after 4 years of work and cost 105 million euros. It allows the climb from Courmayeur (Pontal d’Entrèves, 1,500 meters above sea level) to Punta Helbronner (3,466 meters above sea level). The cabins rotate on themselves due to a unique system providing passengers with a 360° view of all the areas crossed.

Home to a memorable fight scene from the James Bond film “Moonraker”, the Rio de Janeiro cable car climbs to the top of the Sugar Loaf. It allows you to enjoy spectacular views of the city and the beaches, especially at sunset. You can also see the famous “Christ the Redeemer” on Corcovado Mountain.

The largest cable car in the world

If you love group traveling and often travel with friends and relatives, you will certainly appreciate this Italian cable car. It consists of 4 cabins each holding up to 110 passengers. It set a world record in 2003 carrying 440 people fully loaded on a single rope!

This cable car gives a thrill of fear even to the most daring due to the ropes that seem to get lost in thin air. National pride, the Canadian cable car connects two peaks and seems to be the favorite of base jumpers, who often defy the laws of the country in order to launch themselves from its cabins.

The steepest cable car in Europe and the world

Not a cable car but a funicular wins the record as the steepest in Europe and the world. A truly breathtaking experience awaits those who choose to travel on this one as you can climb 400 meters in height and reach a gradient of 106% in just 12 minutes. If you suffer from vertigo, don’t look down!

The first double-decker “open-top” in the world

It’s the first cable car characterized by an upper deck without a roof. It can carry 60 people – 30 on the top and 30 on the lower section.

The highest in the world

Many cable cars contend for this record, but this one wins it. Merida cable car takes an hour to complete the journey to the top of Pico Espejo (Mirror Peak), starting at 1,640 meters and arriving at 4,765 meters with a vertical drop of 3,125 meters. Along the way, there are 4 stops so that you can enjoy the panorama of the Andes.

The longest in the world

Cable cars are not used only for transporting tourists but also to deal with the traffic problems of the inhabitants of different cities. One of them is the 10-kilometers long My Cable Car (Mi Teleférico) which connects the center of La Paz with the city of El Alto, which is located at 4,080 meters above sea level.