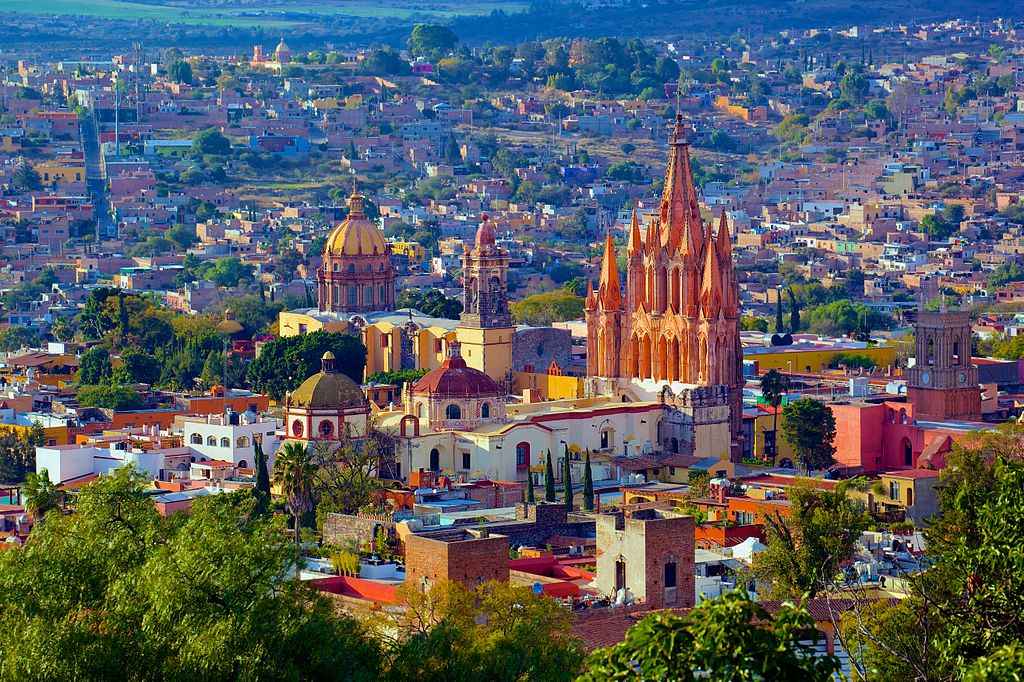 From nature to colonial cities; between mountains, jungle, rivers, coast, history, and different cultures, Ecuador can satisfy any type of traveler. There are so many different natural environments in the area that you will be spoiled for choice between a surf in the Pacific, a trek on one of the many volcanoes, or a ride in the Amazon rainforest. Choosing the right destination for you in such a large territory might seem difficult. That’s why we’ve compiled this guide on the 10 main cities of Ecuador! 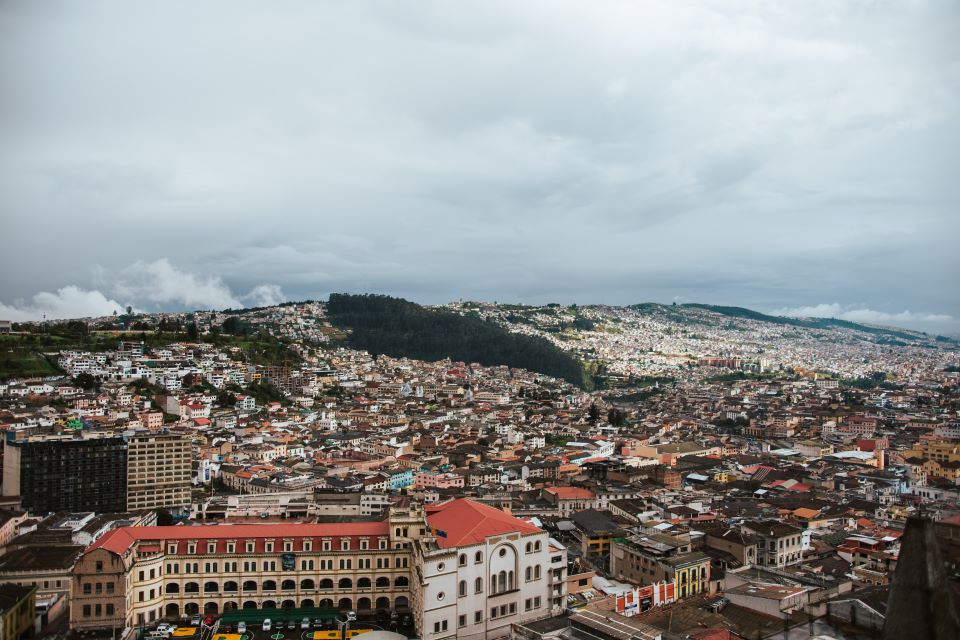 Tena is the capital of the province of Napo, a relatively small town in the Ecuadorian hinterland, with 34,000 inhabitants. Here people live mostly from agriculture, livestock, and fishing, as well as from tourism for several years now.

The main tourist motivation is the numerous excursion options the area offers in the uncontaminated nature extending all around. The city center of Tena, for example, is the starting point for excursions in the Amazon rainforest, while the nearby Rio Napo river is very popular with kayaking, canoeing, and rafting enthusiasts and also offers the chance to visit and discover the indigenous villages in its surroundings.

Furthermore, in the city, there are zoological gardens and amusement parks, which makes Tena a very suitable city for young people, families with children, and anyone who loves nature and adventure. And, in case you are also passionate about local foods, don’t forget to taste the red weevil skewers and the armadillo-based recipes, typical preparations of the Amazonian areas! 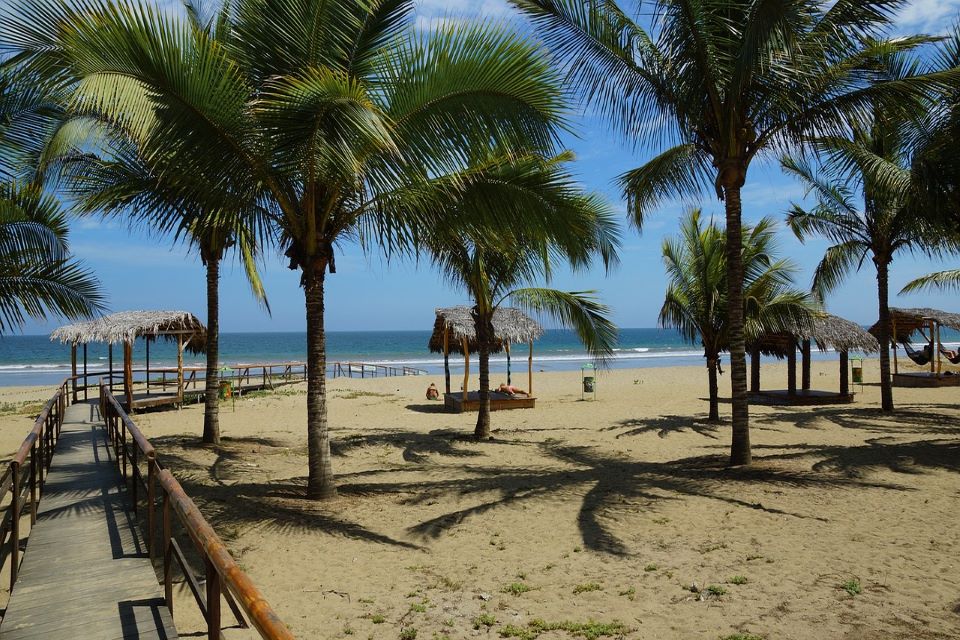 Puerto Lopez is a small coastal town of 16,000 inhabitants, a fishing village that thrives on fishing and tourism. It’s located in a long arched bay in the province of Manabi and it’s great for nature and animal lovers.

It’s home to the Machalilla National Park which guards the last dry rainforest in Ecuador offering various excursions and naturalistic activities such as trekking, diving, and boat tours between nearby islands and beaches. However, the most popular activity in Puerto Lopez is undoubtedly whale watching during which you can see whales but also amberjack, dolphins, wahoo, marlin, and tuna.

Here, tourism is very niche as it focuses on the discovery, enhancement, and respect of the territory, thus promoting ecotourism with eco-sustainable travel. Apart from the supporters of this style of travel, Puerto Lopez also attracts many young people looking for fun in the nightclubs. 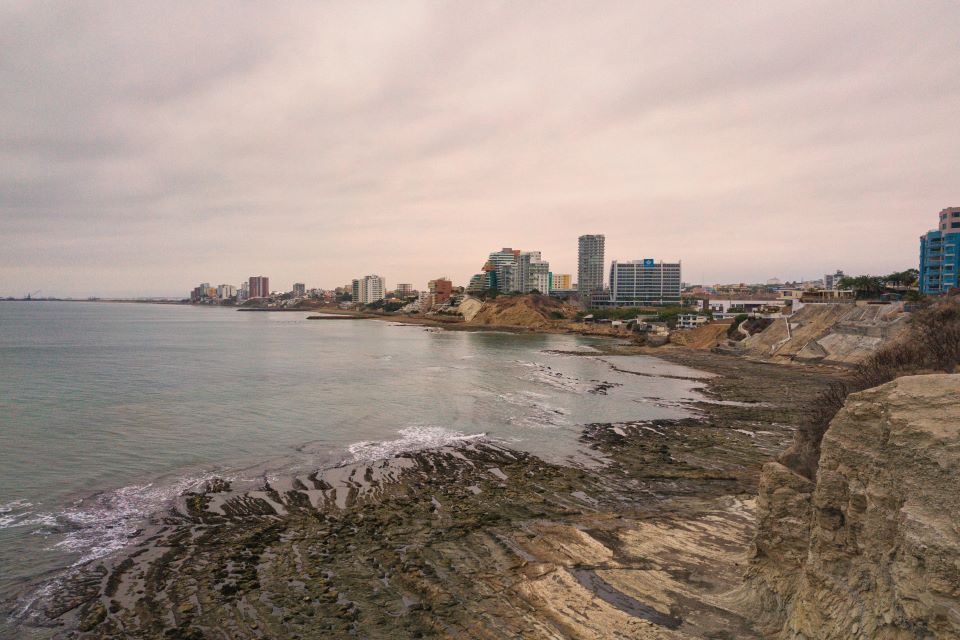 Manta is a large coastal city of 221,122 inhabitants, located approximately in the middle of the long Ecuadorian coast, precisely, in the province of Manabi. The city has always been a large international port and one of the most important in the country. In fact, Manta lives mostly on industry and trade, but it’s still very much chosen by tourists mainly because of its position along the Ruta del Sol, the road that connects it to the various neighboring seaside resorts.

The strengths of Manta? It’s undoubtedly the beaches and the clear crystalline waters, with excellent waves in some sections ideal for the most energetic water sports. In addition, the beaches, being very touristy, offer a great choice of clubs and restaurants that will delight you with their fresh fish-based recipes such as ceviche, prepared with all kinds of fish marinated with lemon and local spices.

Best period: all year round, but the best period is from May to December when the rains are rare and in October for the art and culture shows, music, street parties, and the Trade Festival
Main attractions: Manta Beach, Playa Tarqui, Playa Murcielago, Los Esteros
Low-cost flights: starting from 1,693
Accommodation: hotels and b&b from €13 per room 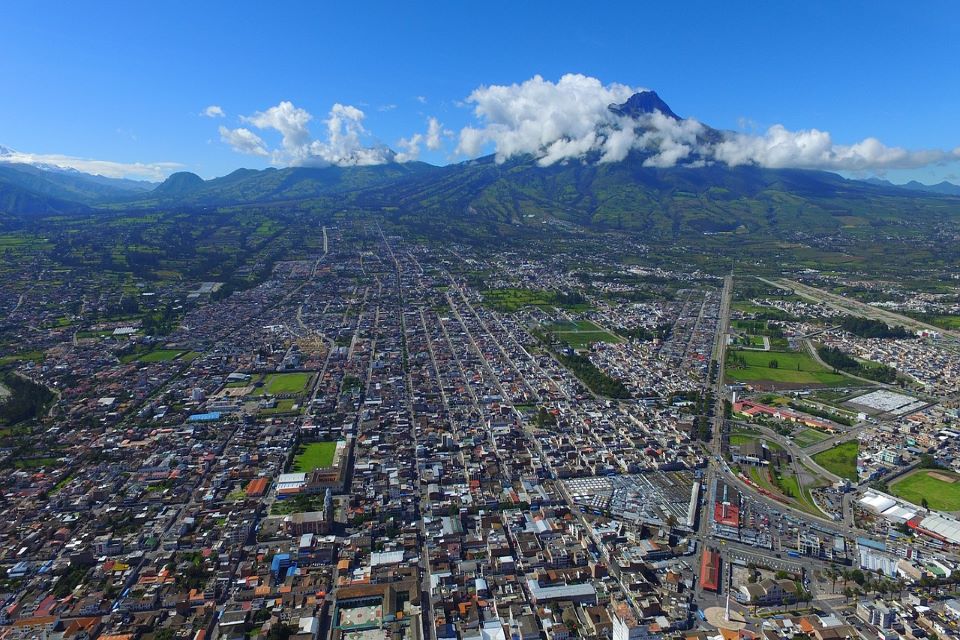 Ibarra is a city in northern Ecuador, the capital of the province of Imbabura. Also known as the White City, it has 132,100 inhabitants. Its location at the foot of the Imbabura volcano, near the Tahuando River and Lake Yawarkucha, makes it a very popular tourist destination for the various activities that can be practiced. Trekking on the volcano, paragliding, boat tours on the lake, and sports in the river are very popular.

Moreover, the climate is temperate and pleasant all year round thanks to its location as well as the dry winds that blow from the valleys and the cool currents coming from the Andes which combine to create the ideal climate.

Apart from the activities and the climate, Ibarra is also very popular for its typical colonial houses, history, and the very characteristic streets in the city center. There, you can find many restaurants, nightclubs, and discos which make Ibarra a truly ideal destination for everyone. 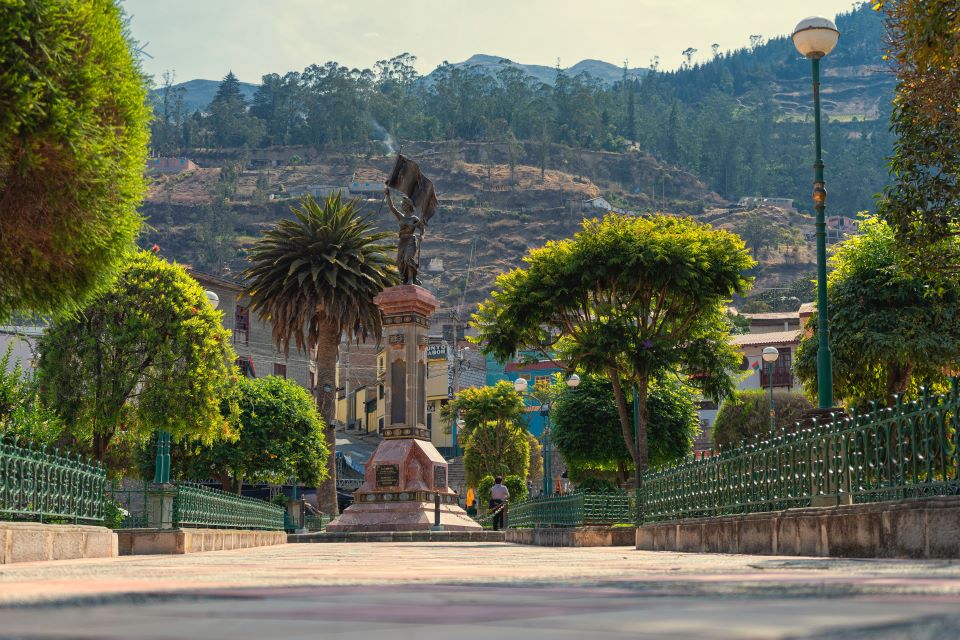 Riobamba is a city with 146,324 inhabitants, located in the center of the country, right in the Andes, and 200 km from the capital Quito. Due to this proximity, many tourists who arrive in Quito include this city in their itinerary. And, passing through Riobamba means crossing scenic roads from which you can see suggestive natural landscapes such as the view of the Chimborazo and Carihuairazo peaks and the view on the plains surrounding this important agricultural center.

The tourist train that runs through these streets is very popular because it stops at the main points of Riobamba and its surroundings and allows you to discover the history of this city which was, although for a short time, the capital of Ecuador after the foundation of the republic. This tour is definitely more suitable for those looking for the culture of the places visited rather than entertainment of various kinds. 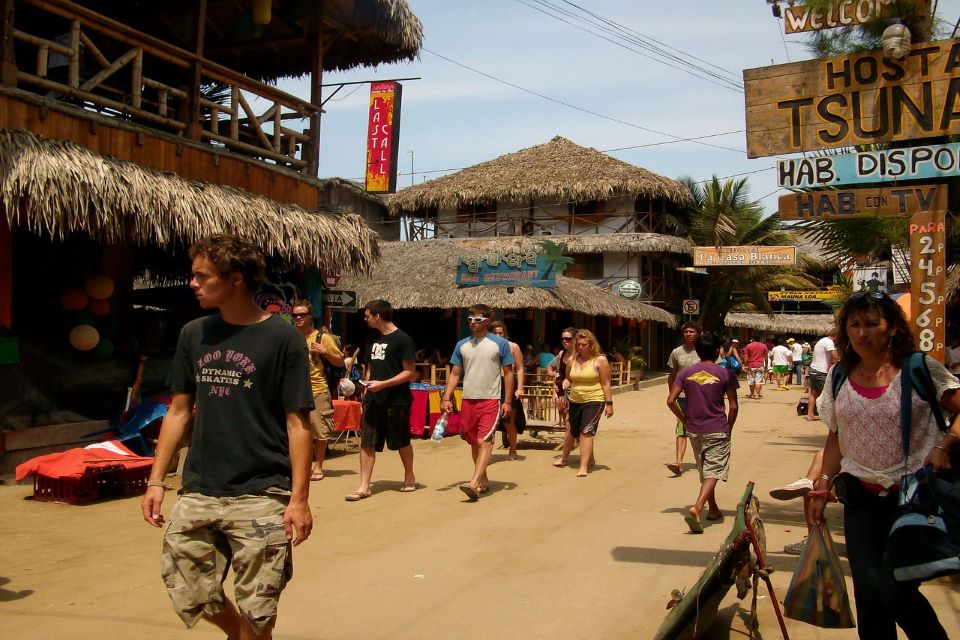 Montañita is a very small city with just over 1,000 inhabitants but a large number of tourists. It’s located in the province of Santa Elena towards the south of the Ecuadorian coast.

Why is it so popular? Who chooses to visit it?

It owes its popularity to the cheap prices. A place forgotten by the world until a few years ago when it was simply a fishing village became a place where the party, music, clubs, and people never stop.

It is the city par excellence of backpackers, lone travelers, hippies, and surfers, divided into a grid of streets where hostels, restaurants, nightclubs, markets, and street food are located and where everyone socializes with everyone. It also boasts beaches influenced by ocean currents to create perfect waves for surf lovers, which is exactly what turned it into a real Surf Town.

Best time: all year round; for surfers the best and most pleasant months are May, September, November, and December
Main attractions: Montañita beach, Curia beach
Low-cost flights: starting from €623
Accommodation: hotels and b&b from €15 per room
Recommended cards, tickets, and tours: From Montañita: Paragliding Experience; Shuttle Guayaquil to Montañita Beach

Machala is the 5th largest city in Ecuador with 241,606 inhabitants. It’s located in the flattest and most fertile area of the country, the southwestern. Thanks to its favorable position, it manages to live off agriculture and tourism as it has become the largest Ecuadorian producer and exporter of bananas, cocoa, and coffee. It’s no coincidence that it’s also known as the world’s capital of bananas, a title to which a city festival was also dedicated.

The tourism here is mostly rural, based on those looking for different experiences than usual, lend a hand, get involved, and savor local realities. A small part of tourism derives from the presence of a university which sees many young people arriving in the city, who are, of course, attracted to the nearby coast.

Best period: from June to November; in September for the World Banana Festival on which a Banana Queen is chosen
Main attractions: Jambeli beach, Parque Lineal
Low-cost flights: starting from €623
Accommodation: hotels and b&b from €25 per room 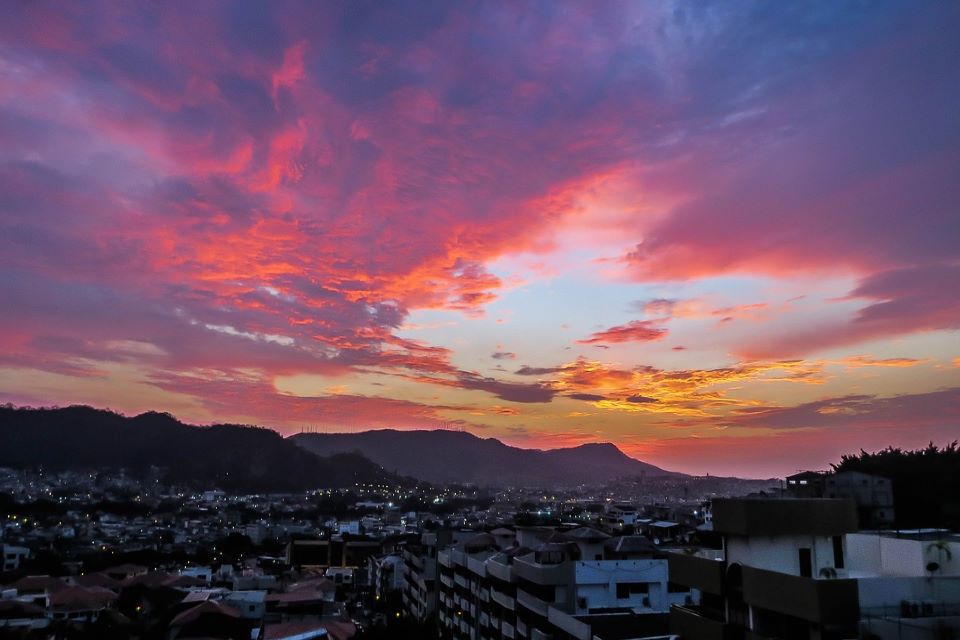 Guayaquil, also known as the Pearl of the Pacific, is the largest city in Ecuador in terms of population, with over 3,700,000 inhabitants. It’s located in the southwest of the country in a large plain on the right bank of the Guayas River and is surrounded by hills like Cerro Santa Ana which houses the colonial Las Peñas district which has become the historic city center. Actually, Guayaquil has been under Spanish colonialism for years, from which beautiful and characteristic monuments such as the Cathedral of San Pietro remain.

One of the most popular points of the city is the Malecon 2000, the modern version of the ancient promenade embellished with museums, gardens, and fountains but also by restaurants, bars, and discos. Therefore, Guayaquil is an ideal place, especially for those looking for fun and history. 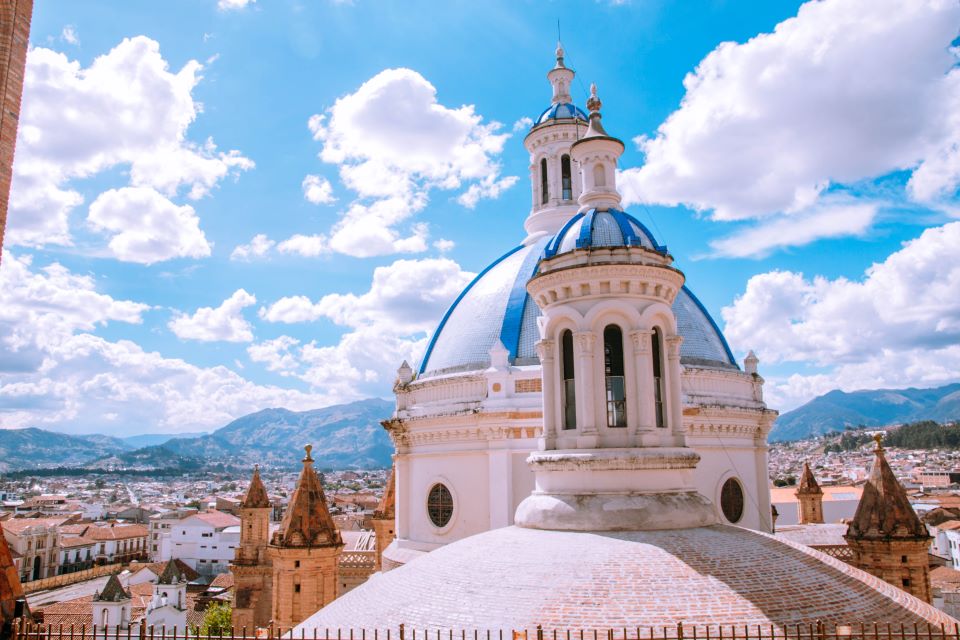 Cuenca is the 3rd Ecuadorian city bt number of inhabitants, with 505,585 living in this city. It’s located in the hinterland of the county, in an area of the Andes called Sierra, at 2,500 meters above sea level.

This city, just like Guayaquil, has been under Spanish colonization. This lead to retaining the typical colonial appearance recognizable in the historic center and various buildings like the New and the Old Cathedral, all perfectly cared for and well-preserved until it was included in the list of the World Heritage Sites.

In addition to the architectural beauties, Cuenca also satisfies those tourists looking for culture and traditions. It does that with its great variety of ethnic groups among which the indigenous Canarian and Inca populations stand out. 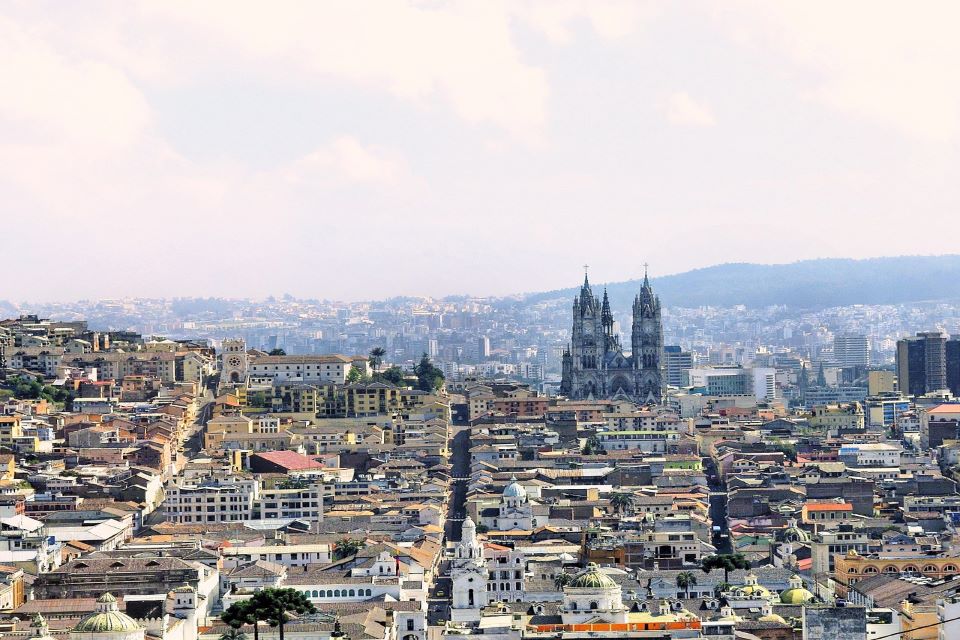 Last in the list but first in the ranking is Quito, the capital of Ecuador and an unmissable World Heritage Site. Located in the hinterland of the country, it has a population of 2,239,191 inhabitants distributed from the urban area to the rural suburbs. Its position is truly suggestive. It rises in the drainage basin of Guayllabamba, in the western part of the Andes, and on the slopes of the active volcano Pichincha, at an altitude of 2,850 meters above sea level.

It is a very touristic place, not only because it’s the capital but also for its natural and architectural beauties, which are especially appreciated by young adventurers and lovers of history, art, and culture. The historic center is full of beautiful colonial buildings, especially in Independence Square, and important Catholic churches such as the Basilica of the National Vow, the Church of the Society of Jesus, as well as ancient Inca and indigenous buildings in the more peripheral areas. On the other hand, the more daring can’t miss trekking on Pichincha volcano to enjoy a beautiful view once at the top, while food lovers will love the street food in the streets of the center that offers the best dishes in entire Ecuador.

Best period: from June to September; from February and March, in time for the carnival; in December for the Fiestas de Quito
Main attractions: Basilica of the National Vow, Church of the Society of Jesus, El Penecillo, National Museum of Ecuador
Low-cost flights: starting from €608
Accommodation: hotels and b&b from €16 per room
Recommended cards, tickets, and tours: Ecuadorian Highlands: 6-Day Tour from Quito; Quito: Urban Legends of Quito by Night; Quito traditions, gastronomy, and the craft beer tour