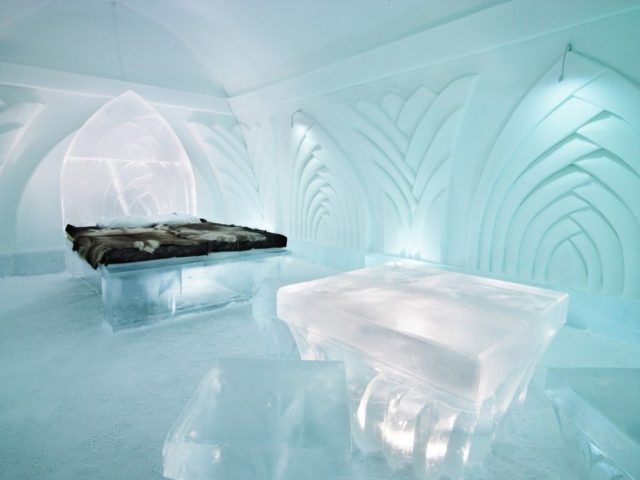 The 11 Most Beautiful Ice Hotels in the World

Bridges are ancient testimonials of human’s incredible ingenuity. Wonderful, majestic, and impressive… some even become true historical references beyond the purpose for which they were originally designed. Bridges symbolize adventure, the possibility of reaching places otherwise unapproachable, which is why they arouse a very special charm.

With the advancement of science, humans have built ever larger and more solid structures, which almost defy the laws of physics. Today, there are bridges remarkable for their length and the size of their spans – real architectural wonders. Here are the 10 longest bridges in the world.

Many of the longest bridges in the world are located in China. The first on our top 10 list is the Runyang Bridge, which is 35.660 meters long and 1.490 meters wide. This bridge is designed for public transport and was completed in 2005.

This bridge was built over Hangzhou Bay, which connects the cities of Ningbo and Jianxing. Its construction was completed in 2007 and measures 35.673 meters in length.

Yangcun Bridge is the third consequent bridge located in China. It was designed for the railway line connecting Beijing to Tianjin and it’s crossed by high-speed trains.

Manchac Swamp Bridge is the first of two bridges located in the United States found on this list. With a length of 36.710 meters, this bridge is used for public transportation and leads up to Interstate 55.

Built in 1969, this road bridge spans over Lake Pontchartrain in Louisiana. For several years, it held the record of being the longest continuous suspension bridge over water in the world.

Another bridge located in China, the Beijing Grand Bridge was developed for a suspended railway section dedicated to the passage of high-speed trains. It connects Beijing and Shanghai, which greatly simplifies the traveling from one city to another.

Located in Thailand, the Bang Na Expressway is the longest road bridge. It has held the record since its inauguration in 2000.

The first three places are occupied by bridges designed for rail transport and all are located in China. The Weinam Weihe bridge connects the cities of Zhengzhou and Xi’an.

Tianjin is another bridge crossed by high-speed trains. It connects Beijing to Shanghai and measures almost 114 kilometers. It was completed in 2010.

Danyang Kunshan Bridge is the longest bridge in the world according to the Guinness Book of World Records. Relatively new, it was completed in 2010. It’s almost 165 kilometers long and connects the Chinese cities of Beijing to Shanghai, just like Tianjin and Beijing Grand Bridge.

Fun Fact: The Longest Bridge Over Sea in the World

This impressive architectural work begun in 2009, connects Hong Kong, Macau, and China and includes a submerged section that passes through the waters of the Pearl River estuary. Amidst the protests by the environmentalists, fatal accidents at work, and so on, the construction of the bridge has been at the center of controversy for years. However, it definitely can’t be denied that it’s one of the greatest engineering works in recent history.