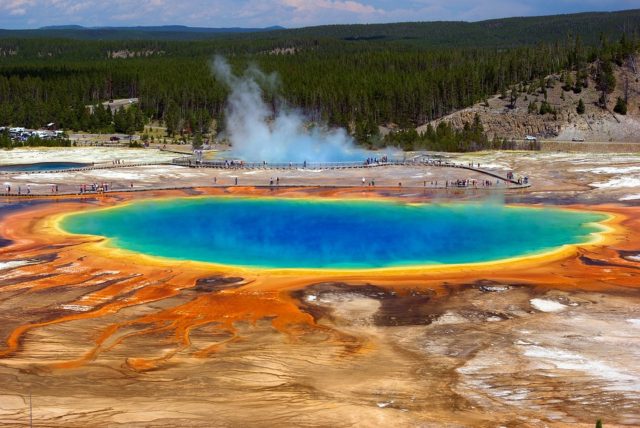 The 10 Most Beautiful National Parks in the World

City parks are a real godsend, especially for those who reside in large cities and don’t have the opportunity to travel outside the city for a weekend trip or for the holidays. Apart from their ecological function, these green areas are a fantastic leisure area; from sport to relaxation, anyone can use them and enjoy a little peace surrounded by nature. But which are the largest urban parks in the world?

In the table below, you will find the 10 largest urban parks in the world which extend entirely within a single municipal/metropolitan area. However, we’ll take a closer look only at the ones standing on the podium.

Chugach State Park is located in southern Alaska, within the municipality of Anchorage. The park contains approximately 200,400 hectares of land and is one of the four largest state parks in the United States. The park’s westernmost boundary lies in the foothills of the Chugach Mountain Range, just 7 miles east of downtown Anchorage. Inside, the park contains frozen lakes and huge glaciers.

The Table Mountains define Cape Town’s image around the world, but not everyone knows that they are part of one of the largest urban parks in the world. The park rises to 1,073 meters and dominates the view of the city. The wild nature of the mountain, in the midst of a bustling conurbation, is probably the thing that most impresses the lucky ones who have the opportunity to visit this incredible place.

Pedra Branca State Park is located in the western area of ​​Rio de Janeiro, Brazil, and is surrounded by 8 neighborhoods. Inside the park stands the Pico da Pedra Branca, which with its 1,024 meters represents the highest point in Rio. Also, there are two important religious buildings of historical importance: the chapel of São Gonçalo do Amarante, which dates back to 1625, and the church of Nossa Senhora de Monserrat, which was built in 1776.