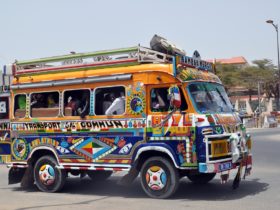 Morocco is a nation that has marked and deep historical-cultural roots resulting from different ethnic and religious mixes. The Moroccan territory has always been disputed by different civilizations.

Today this fantastic country has become a very important tourist destination that attracts visitors from all over the world. A holiday in this wonderful land is particularly recommended for lovers of cultural tourism, devoted to the discovery of the artistic and architectural relics of the prominent historical value of its imperial cities.

However, Morocco is also enjoyable for sea-lovers and for young people who are looking for fun. But, given the countless resources, how to organize a holiday without losing sight of the most important sites? Which are the sites of unquestionable importance which have absolute priority? Here are the attractions not to be missed and the things to do there.

Anyone who decides to spend a holiday in Morocco cannot miss the visit of the Imperial cities, once the places became the residence of the 4 main dynasties of sovereigns.

The capital of the country at the time of the Merenides, among the most important cities of the entire nation. The architectural structures and the incredible traditional markets (souks) have allowed its Medina (the historic center) to enter the list of places protected by UNESCO.

In addition to the medina, other notable attractions are the “madrasa” Bou Inania and the Imperial Palace.

The history of the central-southern city of the country is linked to the Almoravid dynasty. Marrakech is a cultural and economic landmark and the second-largest city in Morocco that you don’t want to miss.

The Menara Gardens, El Bad Palace, the Saadian Tombs, and the Koutoubia Mosque are the ones to see here.

The current capital was the residence city of the Almohad dynasty and overlooks the Atlantic Ocean. Among the places to visit in this place, we can find the Kasba of the Oudaïa, the Hassan Tower, the Necropolis of Chella, and finally the Mausoleum of Mohammed V.

It owes its magnificence to the Alaouite dynasty and specifically to the reigning Moulay Ismail ibn Sharif who undertook to make it the most beautiful town in Morocco. Among the attractions, we find the madrasa founded by Abu Inan Faris, homonymous of the madrasa of Fes and it’s Medina, also included among the UNESCO World Heritage Sites.

The desert tour in Starry sky is truly worth your time. Adventure lovers will not miss the opportunity of a tour in the Sahara. Several agencies in Marrakech organize trips and camel rides to the desert dunes.

It could be particularly suggestive to spend a night under the starry sky camping in one of the typical traditional Bedouin tents. This will be truly a once-in-a-lifetime experience.

Many take advantage of the many exceptional offers and promotional packages offered at resorts and travel agencies. If you want to enjoy the sea and the Moroccan beaches in complete relaxation, direct your choice to one of the many bathing areas.

The city of Tangier is one of the best known in Morocco, also thanks to the beautiful beach that attracts thousands of visitors every year, especially young people from all over the world.

Among the main tourist seaside areas, certainly among the most crowded. Here you can admire an exceptional natural panorama.

Here you can find the best luxury hotels in the nation. This half is perfect for those seeking relaxation and a quiet environment.

In Casablanca, you will find perfect beaches for those who love water sports.

About Homosexuality in Morocco

In recent years, several locations are becoming particularly popular with young homosexuals. Despite the Muslim culture, according to many, present different male characters, cities such as Tangier and Marrakech have become among the best known “gay-friendly” destinations probably due to the high concentration of “homo” couples, mainly of French origin in the present times.

In any case, if you decide to spend a holiday in these places, we advise you to avoid public displays of affection. The latter is not tolerated by homosexual couples or by heterosexual couples.