Top 20 Cities With the Best Nightlife in the World

Majestic and fascinating like few other structures in the world, there are many Buddhist temples that embellish the historical-cultural heritage of the Eastern world. Linked to timeless myths, wonderfully covered in gold and diamonds, and, above all, very important destinations for millions of believers… here are the 10 most famous Buddhist temples in the world. From wonderful religious places to fantastic temples, pagodas, and the most important stupas in the world, you will find them all on our list.

Haeinsa is one of the most important Buddhist temples in South Korea. It was built in the 9th century and rebuilt in the 19th century after a terrible fire. The greatest treasure kept in the temple is the complete copy of the Buddhist scriptures written on 81.258 wooden blocks, which, fortunately, weren’t destroyed by the fire. 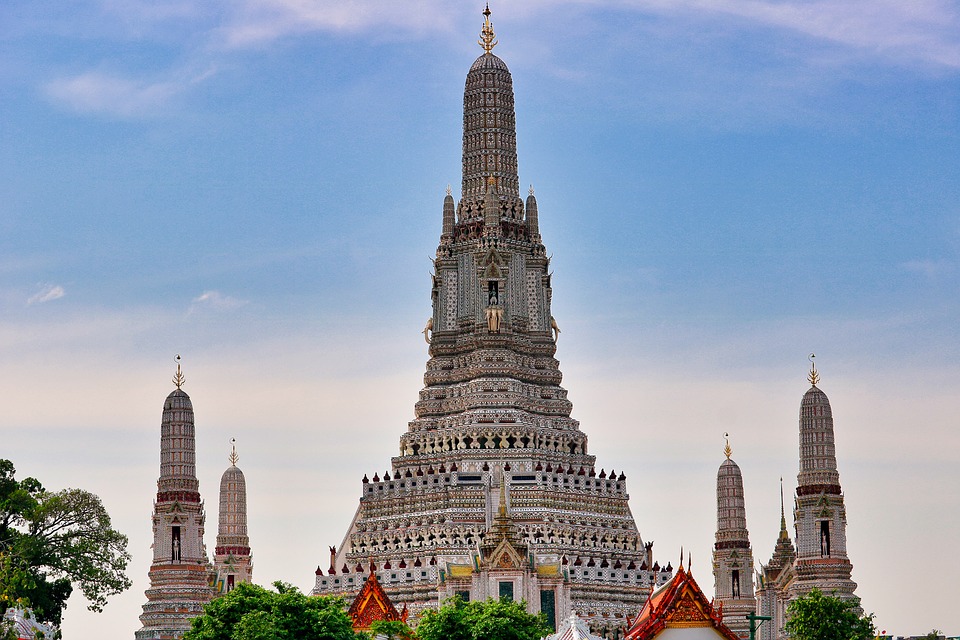 Located on the Thonburi side of the Chao Phraya River, Wat Arun is one of the oldest and most renowned landmarks in Bangkok, Thailand. The temple is an architectural representation of Mount Meru, the center of the universe in Buddhist cosmology. The best way to see Wat Arun is during the evening, with the sun setting behind it.

8. Pha That Luang, Republic of Laos

Located in Vientiane, Pha That Luang is one of the most important monuments in Laos. It consists of several terraces, each representing a stage of Buddhist enlightenment. The lowest level corresponds to the material world and the highest represents the world of nothing. Pha That Luang was built in the 16th century on the ruins of an earlier Khmer temple. It was destroyed by a Siamese invasion in 1828, then rebuilt by the French in 1931.

The Jokhang Temple in Lhasa is the most important sacred site for Tibetan Buddhism. It was built by King Songtsan Gampo in the 7th century. The Mongols ransacked the Jokhang temple several times but, despite this, the building has managed to survive to the present day. Today, the temple complex covers an area of ​​approximately 25.000 square meters.

Todaiji, in the city of Nara, is one of the most significant Buddhist structures in Japan. It was built in the 8th century by Emperor Shomu. Today, very little remains of the original Todaiji building. It houses one of the largest Buddha statues in Japan and it is the largest wooden building in the world, although its size is only two-thirds of its original size.

Located in a suburb of Kathmandu, Boudhanath is one of the largest and most fascinating stupas in the world. It is the center of Tibetan Buddhism in Nepal and home to thousands of monks and refugees. It is known for the “Buddha eyes” located on the four sides of the tower. It seems that the current structure dates back to the 14th century, a period in which it was rebuilt after being destroyed by the Mughal invaders.

The Mahabodhi is located in Bodh Gaya in India. It was the place where Siddhartha Gautama, the historical buddha, attained enlightenment. About 250 years later, in that place, the emperor Asoka built a temple, which can be considered the holiest place of all Buddhism. 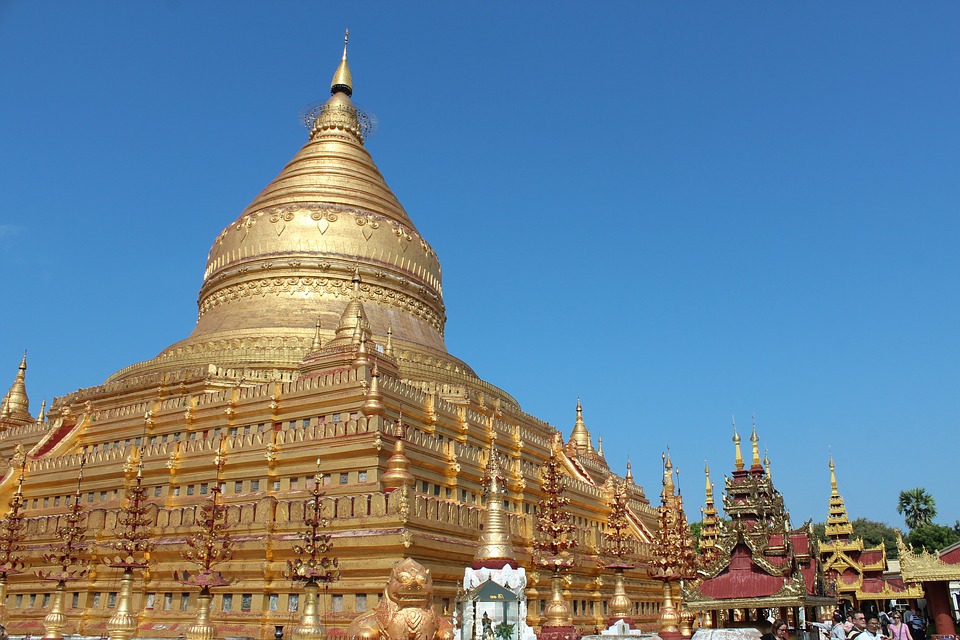 The Shwedagon Pagoda (or Golden Pagoda) in Yangon is a Buddhist religious place in Burma. The origins of Shwedagon are lost in antiquity. It is estimated that the Pagoda was built by Mon during the Bagan period, between the 6th and 10th century AD.

The complex, the height of which reaches 99 meters, is completely covered in gold. 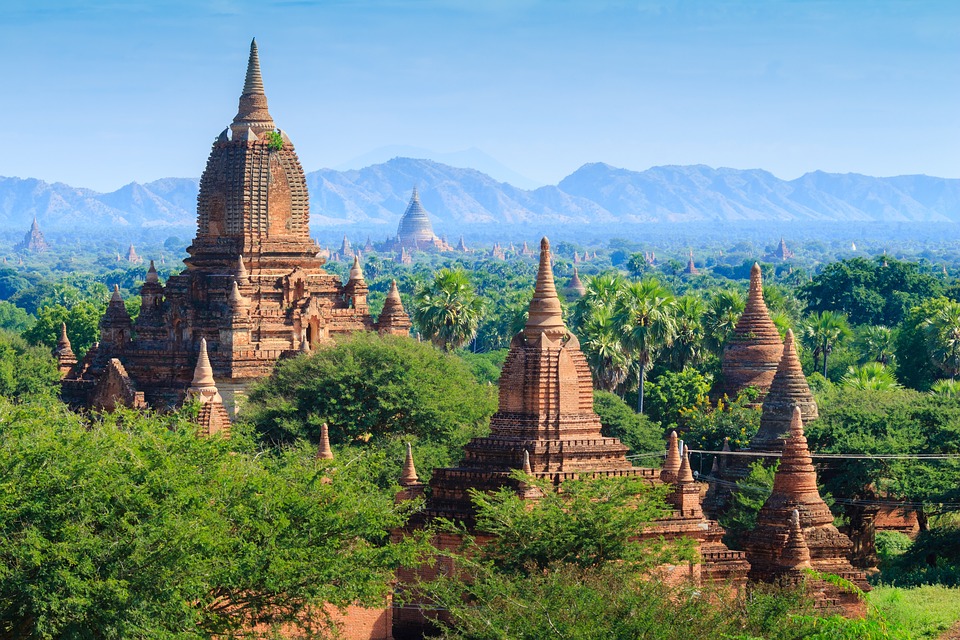 The city of Bagan is located on the banks of the Ayeyarwady River and is the largest agglomeration of temples, pagodas, stupas, and ruins related to the Buddhist religion. It was the capital of several ancient Burmese kingdoms, the rulers of which built over 4,400 temples.

Located on the Indonesian island of Java, 40 km northwest of Yogyakarta, Borobudur is the most famous Buddhist temple in the world. It was built for 75 years during Sailendra’s reign, with around 2 million stone blocks. It was abandoned in the 14th century, for reasons that still remain a mystery, and it remained hidden in the jungle under layers of volcanic ash for centuries.