The 20 Largest Stadiums in the World

Traveling is not enough without eating local food. Some people only have one purpose in traveling: to eat. A tourist destination can be popular because of its culinary rather than its history, scenery or construction. Many countries in Asia are not only known for their various and unique culture but also the rich taste in the culinary world. Japanese food and Thailand food are some common food type that many people know. Unfortunately, other countries in Asia only sometimes or even rarely have a chance to introduce their culinary to the world and one of the examples is Tibet. 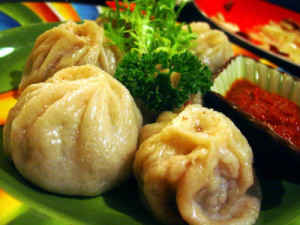 When you come to Tibet, you should try one or some of their food. After all, you cannot survive to live without eating right? What makes Tibetan food distinctive to other Asian country is the influence of the Indian, Nepali and Chinese cuisine, plus its major ingredients of which include the items from mountainous. These are believed to be the reason why Tibetan food has unique and exotic flavors. Barley as the basic ingredients added by dairy product and meat are what Tibetan people eat every day. Now, we will introduce some delicious food you should know before you visit Tibet.

Has been existed for more than 1,000 years, Tibetan Yogurt has fed many Tibetan people. It is made in natural and traditional, to produce creamy yogurt from yak milk which contains a high butter fat content. There is a special way where nomads in the eastern Tibet add some old yogurt in their yogurt making process. For people who do not like strong flavor can add and   some sugar inside. It is cheap and you can find it easily in the city from small stalls/small shops on the market in the morning as your breakfast.

The characteristic of this dish is very thick noodle which usually served with big slices of meat and simple vegetables. Either for breakfast or other meal, it is a good choice because the soup taste is very nice to warm your body.

Similar to other areas like Japan and Taiwan, Tibet also has dumplings called Momo. It is usually filled with meat or vegetables serve along with pepper or chili sauce. When your order, you can choose fried or steamed Momo.

It is very convenient staple food of Tibetan people. They only need to mix roasted barley flour or wheat flour with buttered tea which create salty taste. Another way to make Tsampa is by making porridge with beef or mutton and vegetables. In this type, people usually add sugar to make it sweeter. It is the right food to bring as the supplies for your journey in Tibet.

There are many Tibetan which cannot be mention one by one here. As additional information, Tibet also makes liquor or wine. If you do not drink alcohol some drink options are available like: buttered tea and Tibetan Milk Tea.